Lukoil seems to be the most active Russian oil company in the Gulf of Guinea sub-region, even if it does not operate any producing project in the area. Gazprom and Tatneft are rather present in North Africa, while Rosneftgaz is the sole Russian oil company to hold working interests in East Africa.

Moreover, Russian players are active in all types of upstream projects, from exploration acreage to development and production assets in Africa. 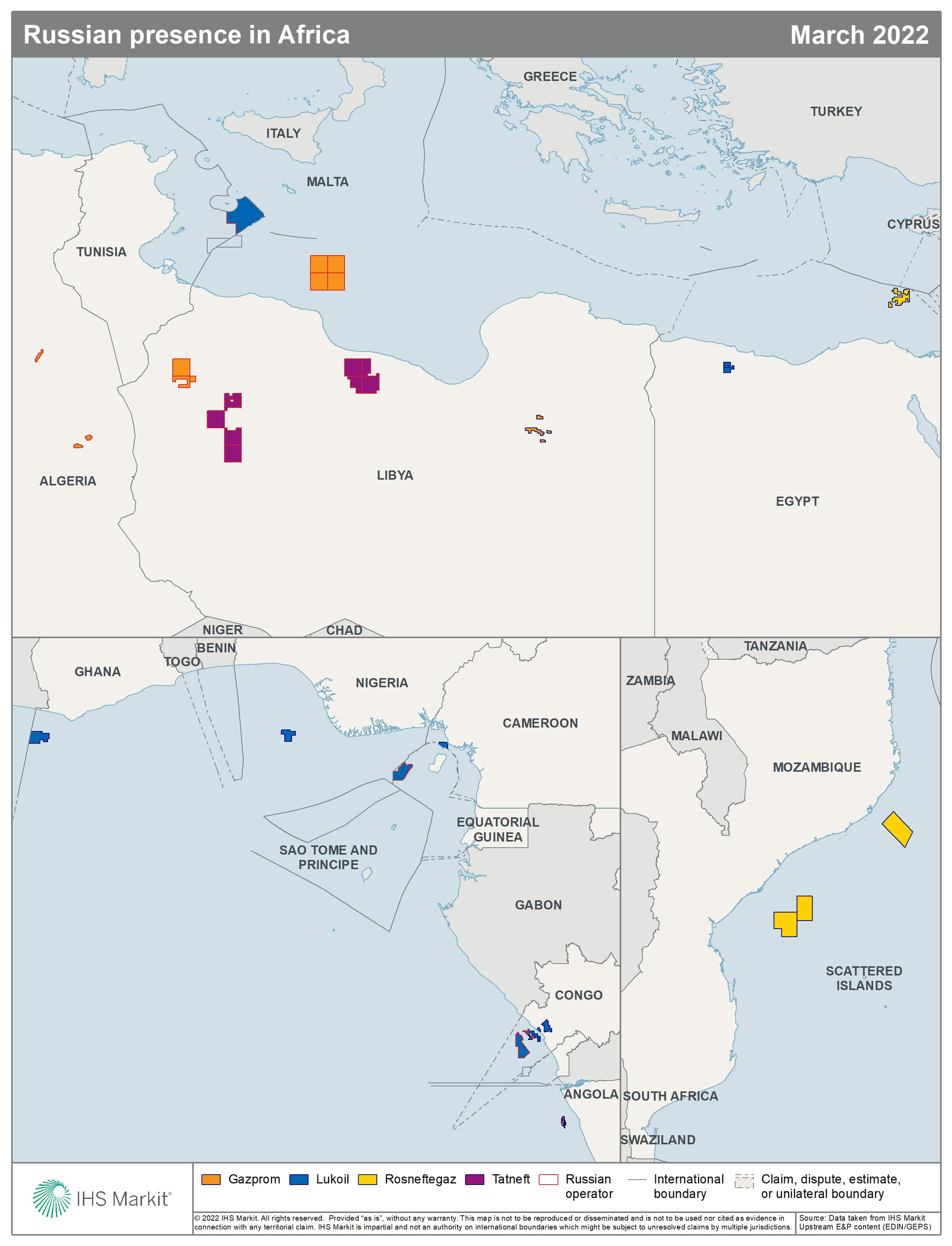 In March 2022, international communities started to impose financial and operational sanctions upon the Russian oil companies, as a response to Russian President Vladimir Putin's military operations in Ukraine that began in late February 2022. These measures are expected to impact several upstream projects in Africa. The most relevant are listed below, with Russian company names in bold text.

In Sub-Saharan Africa, Lukoil is active in three projects where FIDs are expected to be taken in the short term. These key milestones are now at risk, as the company has a minimum of 30% working interest in the projects, when it is not operator.

Figure 2: Future oil production at risk in the Gulf of Guinea

As of early 2022, the Gulf of Guinea appears to be the most sensitive sub-region of Africa, should the Russia-Ukraine conflict draw out too long. Indeed, several key oil and gas projects need to be sanctioned in this area to ensure a steady production outlook in the next decade. But international sanctions against the Russian firm Lukoil for example could compromise up to 173,000 boe/d of future production by 2028, in Ghana, Congo and Equatorial Guinea.

On the other hand, the current oil and gas production in North Africa (Libya and Egypt) is not expected to be impacted that much, due to a relatively lower participation of Russian players in the projects and a solid partnership that could compensate for the operational issues that might be encountered.

Further information on the above-mentioned projects, and the impact of the Russia-Ukraine conflict and the resulting sanctions on E&P projects around the world can be accessed by customers via our Global Exploration & Production Service (GEPS) product.