This US subsidiary of the global industry leader – with headquarters in Japan and operations in 25 countries – compiled a list of more than 400 market opportunities before selecting 5 priorities and developing action plans to accelerate entry and increase traction in new markets. All five plans were approved by the parent company's CEO. 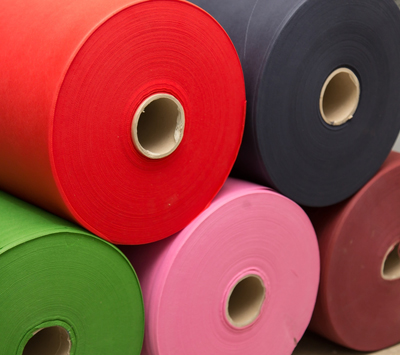 "History shows that advanced materials created in one period become core drivers of industry in the next period," says Toray Group,1 the $18 billion (FY 2013) chemical industry leader that pioneered development of materials for products that have transformed society – from modern clothing, home appliances and consumer electronics to next-generation automobiles, aircraft and water treatment facilities. With about 46,000 employees worldwide, Toray Group is headquartered in Japan and operates in 25 countries and regions around the globe. Under its ongoing medium-term management program called "Project Action Plan for Growth (AP-G) 2016", Toray is actively expanding its businesses in America. Major steps forward include expansion of Toray's carbon fiber composite materials business through the recent acquisition of Zoltek and launch of a new plant in South Carolina. While the Wall Street Journal has referred to Toray as an "unsexy" company,2 this industry leader is now contemplating opportunities to drive regional growth beyond the mid-term by further strengthening its strategy for success.

Toray Industries (America), Inc., the United States subsidiary and regional corporate planning center of Toray Group, has played a key role in fulfilling the global group's vision of driving "Innovation by Chemistry." Kazuo Morimoto, Chief Executive Representative for the Americas, observed that, "It has been more than a half-century since Toray Group launched its operations in the US – starting with our New York office. We have grown through the years by contributing to society with innovative ideas, technologies and products. Now our goal is to accelerate that growth, expanding our business by efficiently seizing new opportunities so we can deliver even greater value to our stakeholders."

In late 2013, Akihiro Nikkaku, President and CEO of the Toray Group, approved a proposal by the Toray Industries America team to identify mid- to long-term growth opportunities across existing and new markets in North America. Specifically, their mission was to look at cheap natural gas and its spreading impact as a result of the global "shale gale" and to determine which markets might enable Toray's U.S. businesses to achieve an aggressive growth target by 2020 that will far outstrip the country's GDP growth.

In early 2014, Morimoto decided to call in a team of independent experts from S&P Global.

"We had started this project ourselves by looking mainly at markets that are directly related to the shale gale. Based on initial input from S&P Global and extended research by our own team, however, we soon realized that there are a broader variety of long-term opportunities for our company opening up as an indirect result of the shale gale," said Junichi Masuda, Director at Toray Industries America.

Toray's US businesses consist of nine companies – one trade/marketing company and seven manufacturing companies besides Toray Industries America. Since its US operations encompass a broad range of businesses, from specialty fibers, engineering plastic compounds, plastic films, foams, water treatment membranes to carbon fibers and composite materials, Toray needed a wide range of coverage in the project.

Access to data and analysis from so many different industries was very helpful for devising an innovative strategy. S&P Global experts really stimulated our thinking. For this project, only S&P Global could deliver the combination of high-quality information and insights that we needed across all businesses with such speed."

Toray Industries America engaged the Chemical team and relied on them to tap S&P Global experts from multiple industry sectors – including energy, automotive, economics and aerospace – as well as specialists from regional markets. The S&P Global team's deep knowledge and established relationships with leading players were essential to forecasting feedstock costs, analyzing markets and identifying new opportunities that are vital to future growth and profitability.

"This is our first time using an outside consulting firm to help us develop a large-scale strategy. By working with S&P Global for one-stop service, we were able to move faster and save the cost of hiring additional experts. This helped us save time by avoiding the need to start the project from scratch," said Masuda.

Defining the Universe of Options

Phase One focused on identifying, screening and prioritizing the broadest possible array of new growth and procurement opportunities. For six months, a working group representing eight of Toray's US companies generated numerous ideas for increasing their own growth through discussion with S&P Global experts as well as access to extensive S&P Global information and analysis. They began with areas most closely associated with shale, and soon expanded it to a far wider range of options in order to find ones that would enable Toray's US companies to achieve its aggressive growth goals. At the same time, the S&P Global team learned more about Toray's US businesses.

By the end of Phase One, the Toray working group and the S&P Global team had assembled a total list of more than 400 opportunities. After screening the initial list, S&P Global experts then profiled the 65 opportunities that appeared most promising.

Sharpening the Focus on Top Priorities

In Phase Two, the Toray working group and S&P Global selected the top five strategic market opportunities. Over the next three months, the working group developed the vision and focus for defining profitable growth in those five areas with S&P Global assistance. The extended team of S&P Global experts conducted deep-dive analyses of each option, rigorously examining growth factors and any risks associated with each one.

Equally important, the Toray working group also worked with S&P Global to define an execution path for each of the five options that would not only enable them to achieve their growth goals, but also to fund associated initiatives with procurement-related savings.

"Access to data and analysis from so many different industries was very helpful for devising an innovative strategy," said Masuda. "S&P Global experts really stimulated our thinking. For this project, only S&P Global could deliver the combination of high-quality information and insights that we needed across all businesses with such speed."

In late 2014, Morimoto and his project team from Toray's US businesses were ready to submit their findings and recommendations to President and CEO Akihiro Nikkaku and others from the Toray Group leadership team at a major conference presentation in New York. The Chemical team assisted with preparations as needed.

"The meeting was quite successful and Toray is moving forward on all five options," Masuda reported afterwards. "Our CEO said that he appreciated the project team's efforts and S&P Global received high praise for its support." This was just one year after President and CEO Nikkaku had officially approved the launch of the project.

Access to data and analysis from so many different industries was very helpful for devising an innovative strategy. S&P Global experts really stimulated our thinking. For this project, only S&P Global could deliver the combination of high-quality information and insights that we needed across all businesses with such speed."