Uganda has been on the cusp of commercial oil production for the past decade, but a series of internal and external challenges have plagued the Lake Albert project and caused repeated delays. The recent resolution by the European Parliament could be another drag on the timing for Uganda's first oil exports.

The non-binding resolution called on the European Union (EU) to exert pressure on the companies and actors involved, including the governments of Uganda and Tanzania, to delay development of EACOP by one year to explore an alternative route to mitigate the impact on human rights and the environment.

EACOP developers TotalEnergies and China National Offshore Oil Corporation (CNOOC) have stated that they remain committed to EACOP, and highlighted efforts to minimise the project's social and environmental impacts, while Ugandan authorities have denounced the resolution as infringing on the country's sovereignty and its right to make independent decisions regarding its natural resources and economic development. 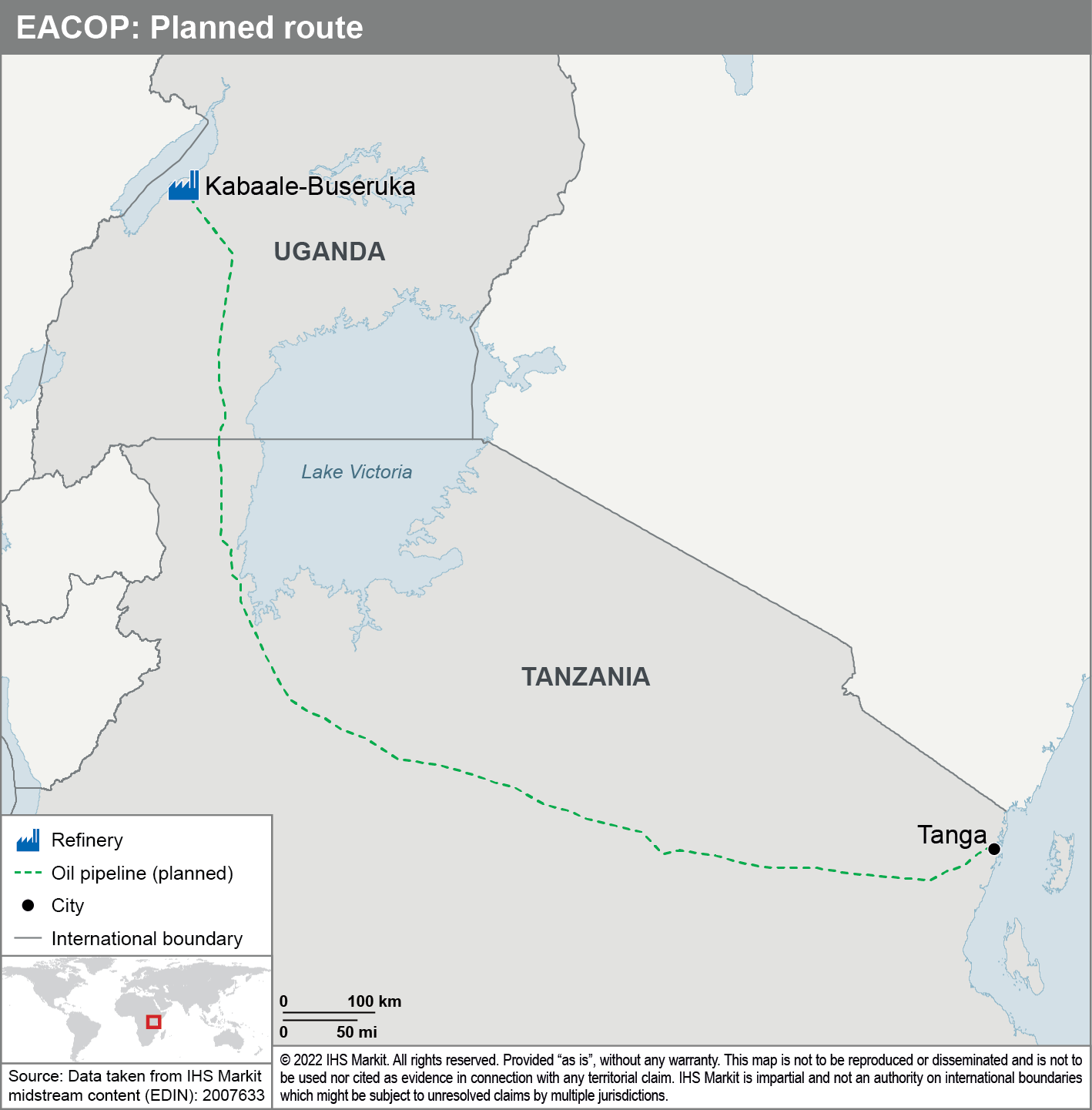 The resolution urges the EACOP shareholders to explore an alternative route, but any export corridor would be likely to have similar environmental impacts because of Uganda's landlocked position. Although President Museveni has implied that the Uganda-Tanzania route was chosen in response to TotalEnergies' preference to avoid Kenya over security concerns, the Uganda-Kenya route would also likely have faced challenges over its environmental impact, in addition to strong community opposition to land acquisitions.

Increasing pressure from European authorities and climate activists could move Uganda towards stronger engagement with investors less constrained by climate policies. Indeed, financing opportunities are now seemingly focused on non-Western financial institutions following a sustained campaign against EACOP by domestic and international non-governmental organisations (NGOs). In putting public pressure on banks, export credit agencies, and insurance companies, the campaign has effectively restricted access to debt financing and caused project delays. However, the development does have strong economics and stellar commercial stakeholders, suggesting that the project will still make headway, if not to the government's target for first exports in 2025.

The difficulties in commercialising the Lake Albert discoveries are likely to be a harbinger of still thornier challenges facing EU-based investors over the next decade, particularly where greenfield projects are concerned. A coming EU directive will require EU-based companies above a certain size to strengthen their due diligence policies, including measures to end or mitigate adverse impacts of their activities on human rights and on the environment, or face fines and/or legal action initiated directly by victims of damages. While it will take a few years for the directive to be implemented into the national laws of EU member states, once enacted, it will have significant regulatory and financial implications for EU-based international oil companies (IOCs).

This blog is an extract from the report 'EU's Lake Albert resolution raises more hurdles for Uganda's crude commercialisation'.

Want to learn more on this topic and access similar reports? Try free access to the Upstream Oil and Gas Demo Hub to explore selected energy research, analysis, and insights, in one integrated platform.