The Refinery of the Future: A dynamic investment outlook as multi-billion-dollar green capex spend looms

Over the past two weeks, government and business leaders from around the world gathered in Scotland to discuss their collective efforts towards fighting climate change. And while one can easily find cause for alarm over the pace of that campaign, progress is undeniably being made. More importantly, it is clear that a global inflection point has been passed on the subject of climate change. From the European Union's proposed "Fit for 55" legislative package to the Biden Administration's "Build Back Better" proposal and even China's non-binding plan to achieve carbon neutrality by 2060, momentum is building towards a future in which our civilization's carbon intensity is accurately reckoned. "Net zero" is no longer seen as an aspirational goal, but rather a necessary destination for the world. 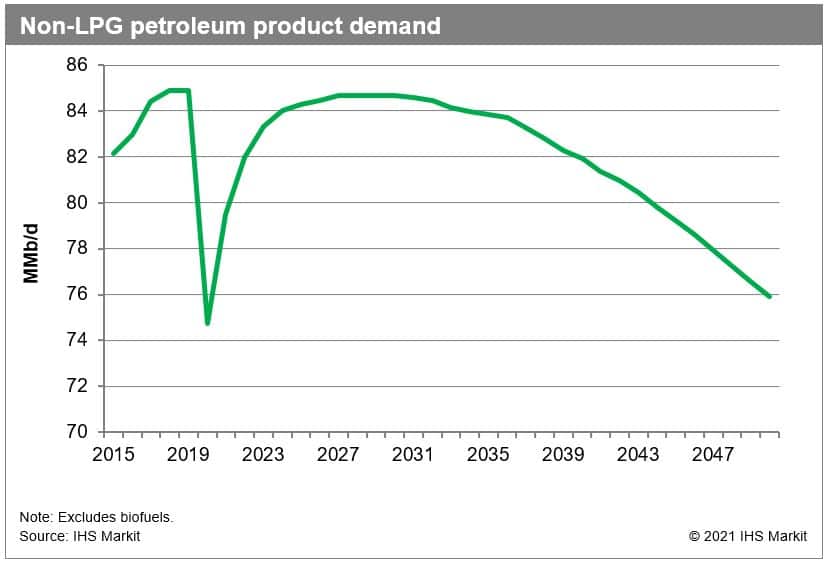 An unavoidable outcome of these two trends will be refinery rationalization. Nearly 3 million b/d of refinery capacity has closed or been slated for closure since the pandemic began, with at least another 1.5 million b/d expected to shutter by 2025. But the industry is by no means doomed to obsolescence. There are ways for a refinery to survive amidst declining gasoline and diesel consumption; to thrive even in a world that levies a price on every ton of carbon being emitted. But such reinvention unsurprisingly requires capital investment. In fact, IHS Markit estimates that the global refining industry will spend at least $150 billion on decarbonization efforts over the next three decades. 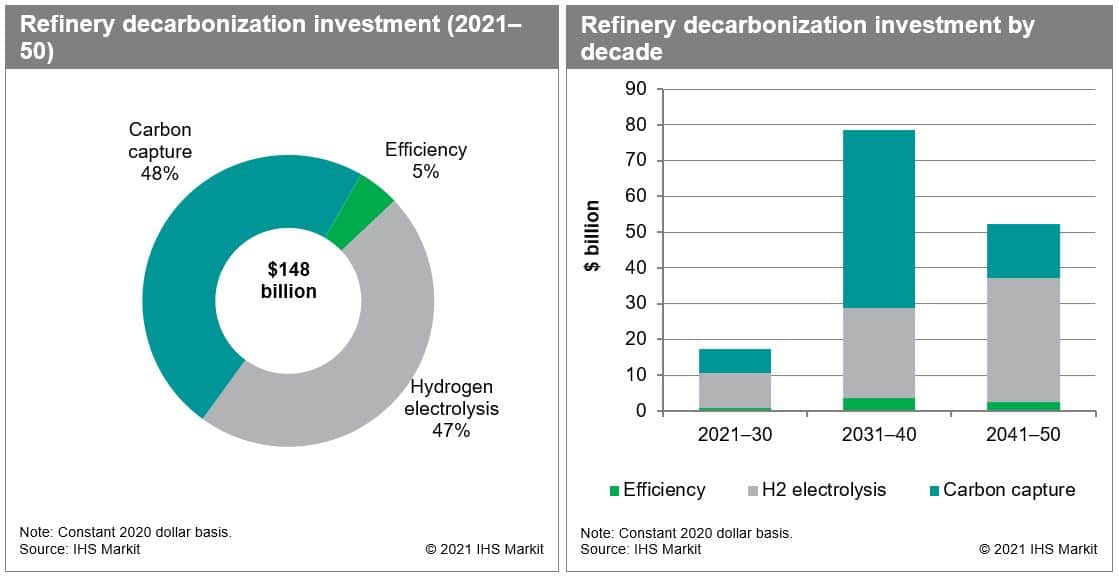 It is important to note that this figure represents just three non-mutually exclusive pathways to refinery decarbonization: 1) efficiency improvements, 2) hydrogen electrolysis, and 3) carbon capture of FCC and hydrogen production units. These are the most likely pathways for a refinery, but others certainly exist—and, in fact, are necessary if a refinery ever wishes to achieve true "net zero" status. This forecast also does not take into consideration projects associated with decarbonization that take place "outside the refinery gate". Such projects include development of renewable grid power and the construction of external CO2 distribution and storage facilities, both of which will likely be at least partially funded by the refiners themselves. All this is to say that refiners will almost certainly spend more in the coming decades on decarbonization projects than $150 billion. For example, IHS Markit estimates that another $50 billion will be spent at refineries to increase their biofuel production over the next three decades.

At the moment, spending on biofuel and decarbonization projects is still dwarfed by investment in more "traditional" refinery units. But by the 2030s, biofuel projects and the decarbonization pathways considered here are expected to account for nearly 70% of total spend. This includes virtually 100% of refinery spending in Europe and North America. Perhaps unsurprisingly, effectively all of the traditional refinery investment going forward (particularly after 2026) will occur in Asia, with China and India accounting for the bulk of that. And effectively all of that traditional spend will be on projects to improve conversion capacity or product quality, rather than gross distillation capacity expansion. 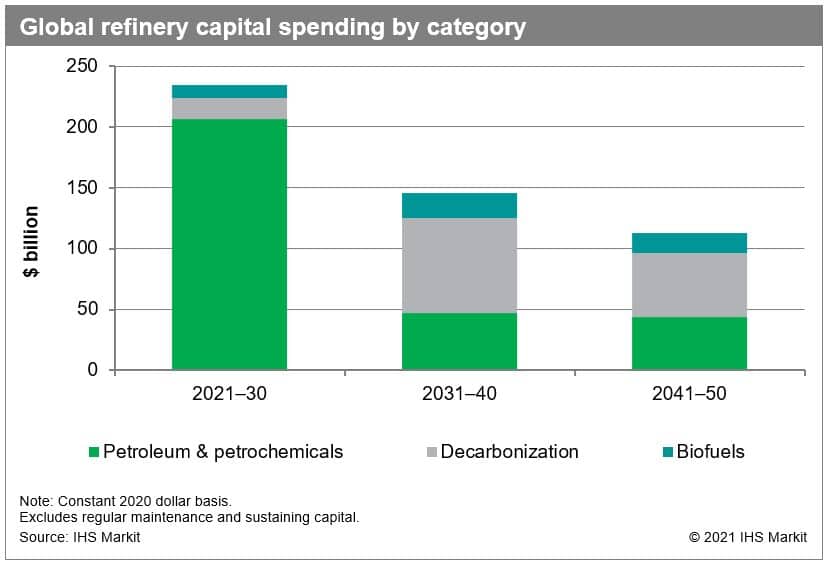 Unavoidably, structural fuel demand decline and a heightened global sensitivity towards the carbon intensity of energy will mean a reduction in refining capacity. Dozens of refineries will close in the coming decades. But many will not. After all, IHS Markit's base case outlook still predicts the world will consume more than 75 million b/d of refined products in 2050. But what will the refinery of that future look like?

As this outlook has made clear, lowering the carbon intensity of operations is a veritable pre-requisite for refinery survival going forward. And the best positioned refineries will be those that can leverage the low-carbon ecosystem that is expected to arise alongside them. This includes access to renewable grid electricity as well as CO2 transportation and sequestration infrastructure. But it also includes integration with other nearby industrial, commercial, and residential actors. Indeed, IHS Markit envisions the rise of numerous low-carbon "hubs", with refineries as the pivot point of that energy-industrial supply chain. Put another way, rationalization is not the only path forward for the refining industry; as ever, reinvention is possible.

Learn more about Refining and Marketing services from IHS Markit.