The UK government has released a large amount of acreage with a view to shoring up oil and gas production and providing more security of supply. In addition to regional high resolution aeromagnetic surveys and 27,000 km 2D data, S&P Global own the Ross-Ettrick and Fisher Bank Surveys Figure 1. 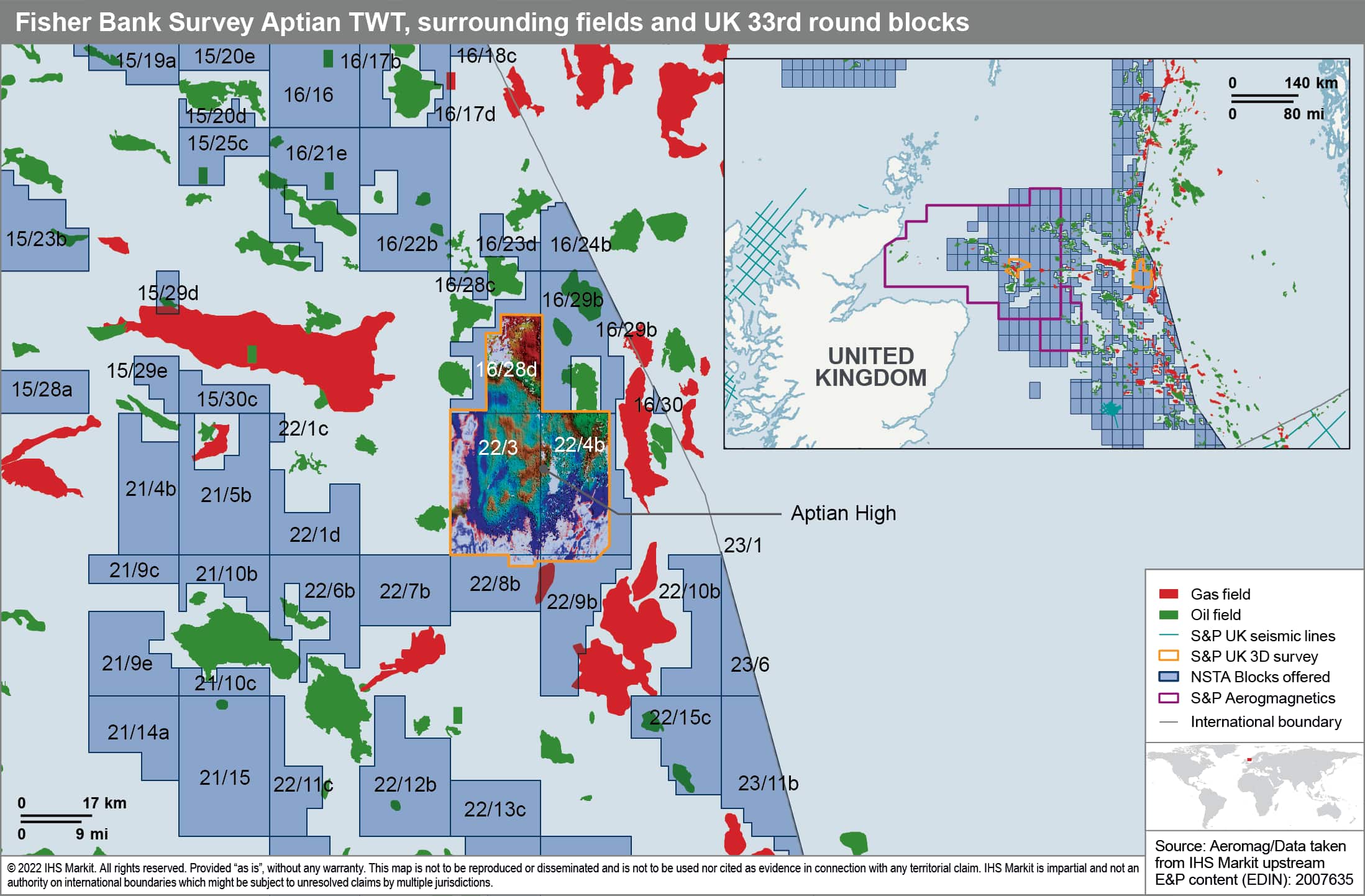 The Fisher Bank survey is of interest because of its position surrounded by other fields (Shelley and Maria and the 16/28-12 discovery lie partially within the survey area) and it is likely a source kitchen area for some of those surrounding fields. There are reservoir horizons at several different stratigraphic levels, namely:

The structure varies by stratigraphic level so that at deeper levels the survey is over a basin but the map above shows that there are highs within the basin at Aptian level whereas at Tertiary levels there is a slope from West down to East for example (see figure 2). 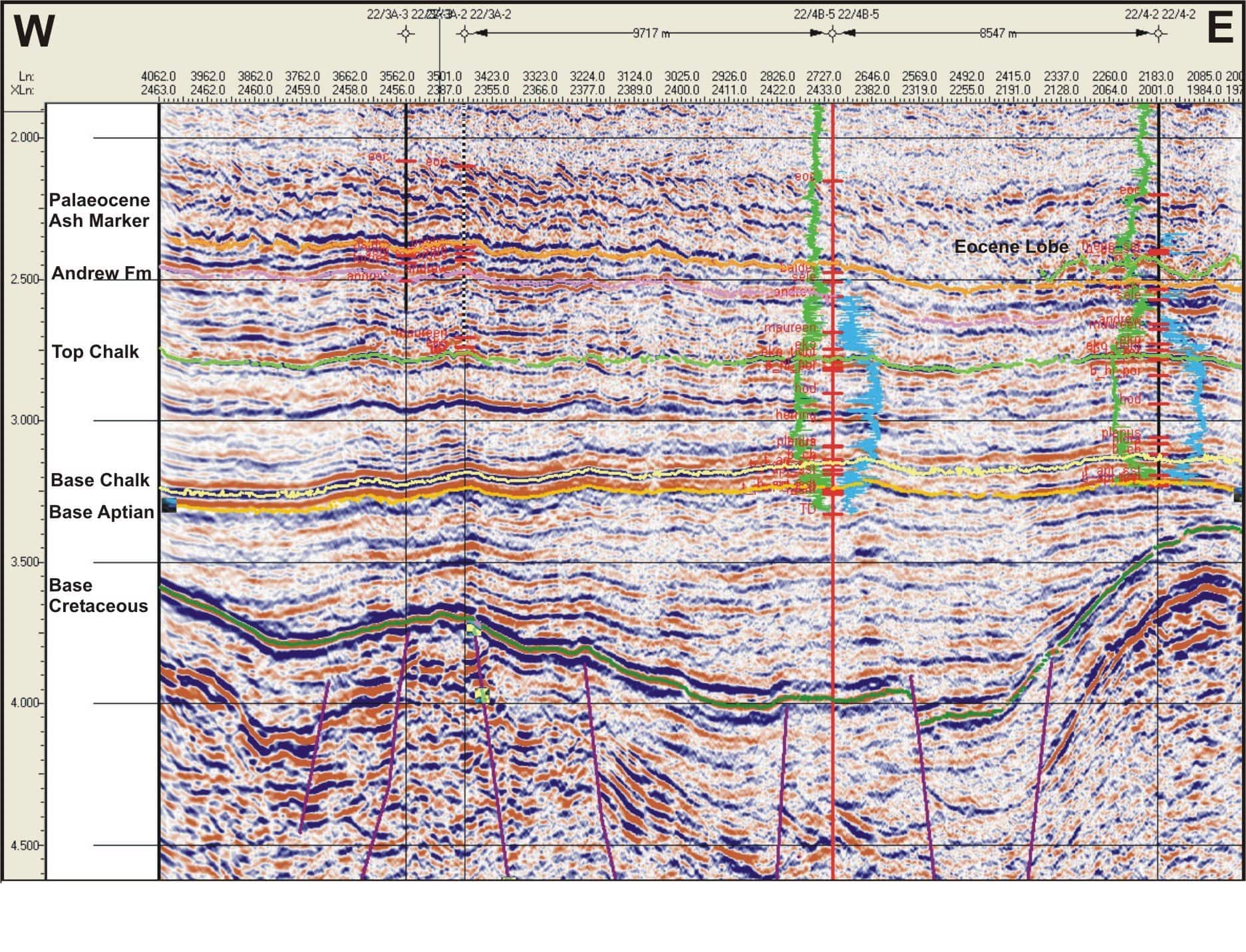 Admiralty charts over the area show a warning to shipping due to gas seeps. There are many instances of shallow gas (fig 3) and gas chimneys link the Jurassic and younger strata. 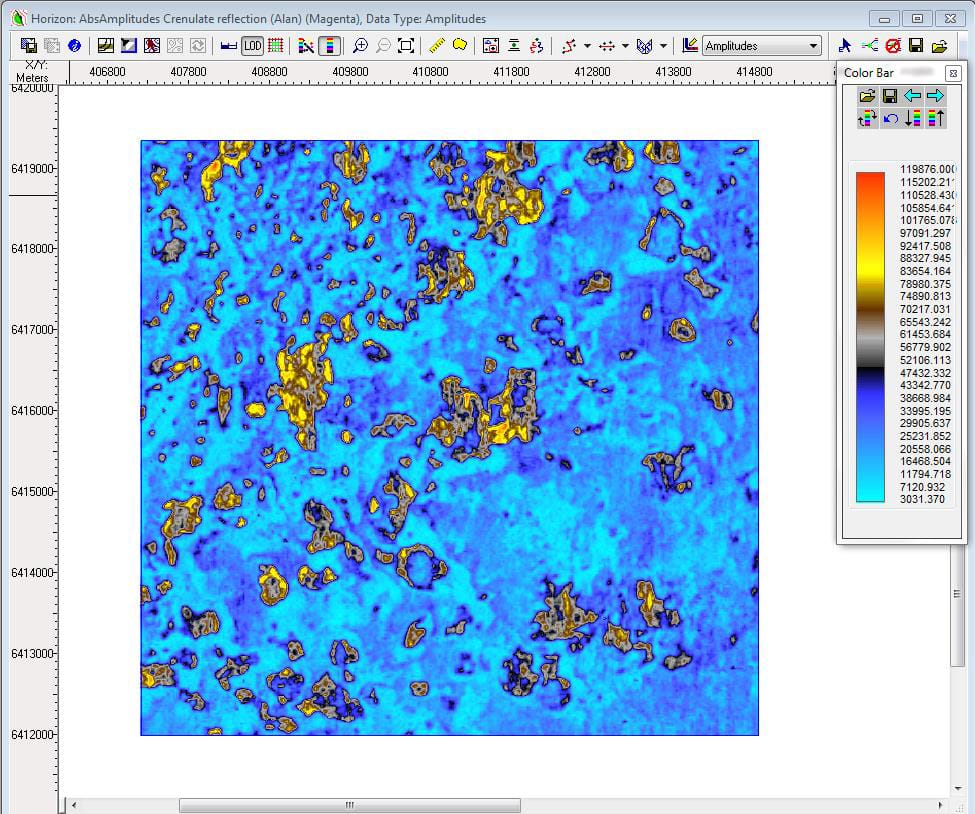 There are shows in many of the wells:

The results show that there has certainly been oil and gas generation and accumulation and there may be prospects elsewhere in the Aptian or Palaeogene or else in deeper prospects which may be elucidated with reprocessing. Elsewhere, S&P owned 2D seismic is available offshore west Wales (though the blocks coincide with 3D surveys from other providers), the east coast of the UK (useful for the recent Carbon Storage round though there are fields in the survey area) and in the East Irish Sea. 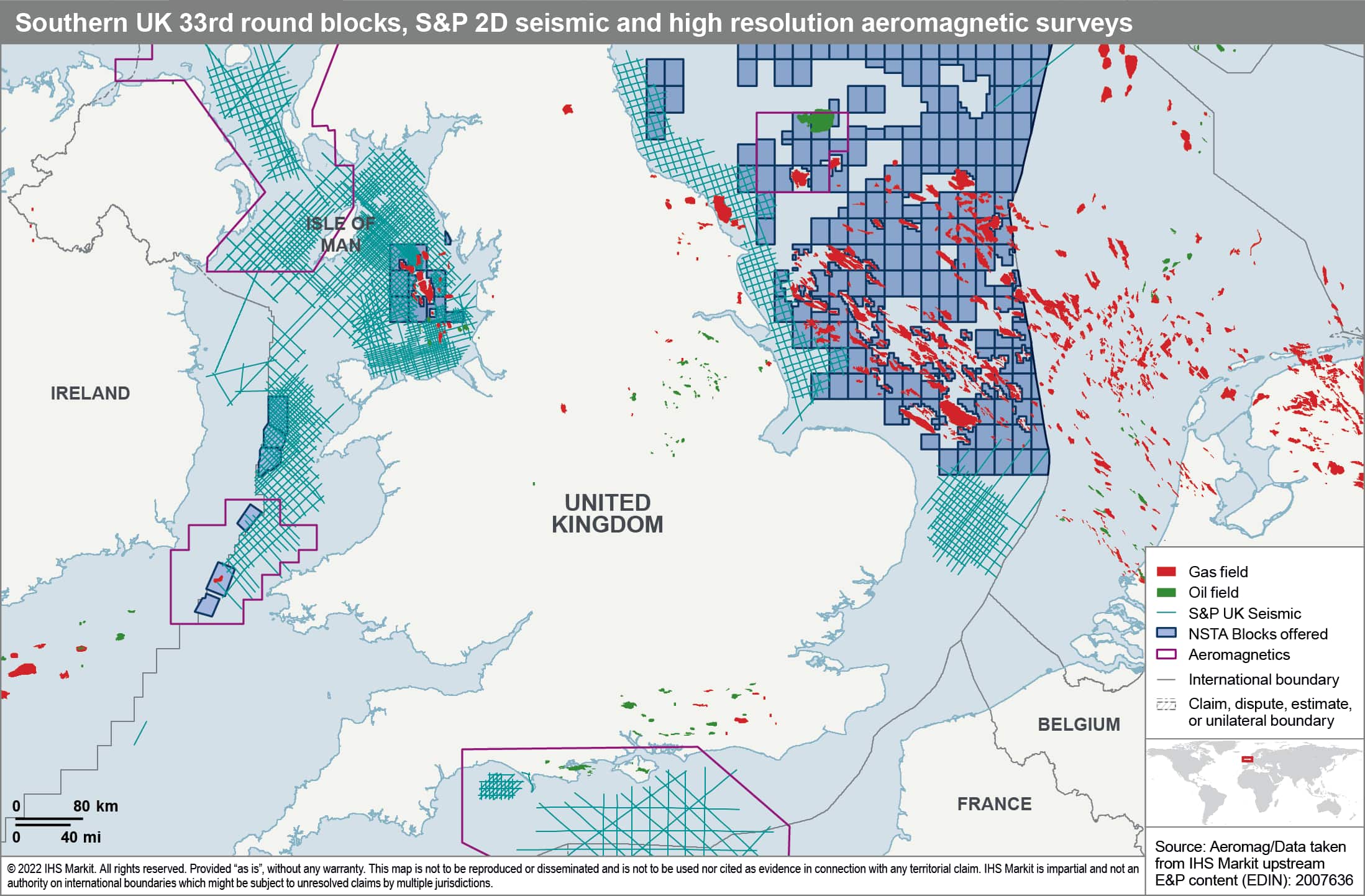 Further interpretation of the Irish Sea lines can be found in the BGS 21XRM study supported by S&P and Pharaoh et al., 2019 https://doi.org/10.1144/SP471.7 The fields in the Ormskirk (Sherwood) sandstone are well known but the study confirmed the Bowland shale source rocks and identified Variscan inversion structures where the Palaeozoic potential remains unexplored.

Further information on these surveys is available by contacting: customercare@ihsmarkit.com