Japan crude oil imports increased by 13.6% in July month-on-month but remained around 29% lower than a year ago. The country's appetite for crude oil seems to be slowly recovering after reaching a record low in June, when imports dropped below two million b/d. Data by IHS Markit Commodities at Sea for the first ten days of August suggest imports continue to slowly but steadily recover, with activity so far standing at 2.35 million b/d. A growth of 7.7% is observed in the first third of August month-on-month, but volumes are still significantly below normal levels. Japan imported more than 25% more in August 2019 than current August imports. Accuracy of IHS Markit Commodities at Sea on Japanese imports versus officially reported data stands close to 98.6% between January 2019 and May 2020. 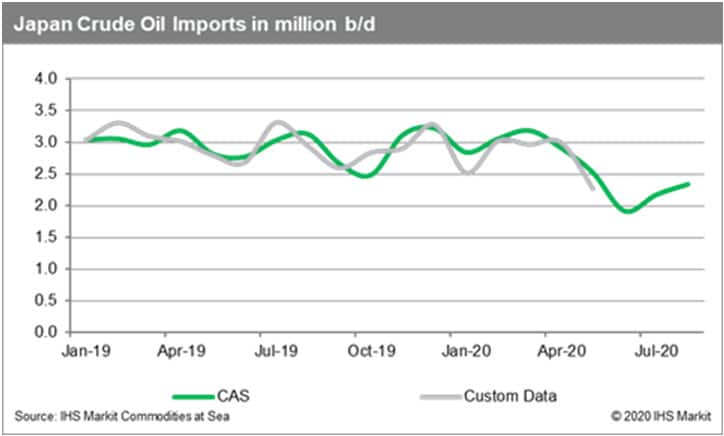 IHS Markit Commodities at Sea also allows users to determine how Japan's future crude oil imports should look like, as it already estimates how much crude oil should be discharged in the rest of August based on ships currently laden and heading for the country's ports, providing details on crude oil grades, origin, port, charterer, shipper and operator. We can also quickly identify changes developing in the current market, which will affect Japan's imports over the coming months. As an example, cargoes loaded in early August and heading for Japanese ports seem to have increased massively since June and July, having marginally surpassed 3.5 million b/d during the first ten days of the current month. If this trend lasts, Japanese imports could recover quickly in September onwards. 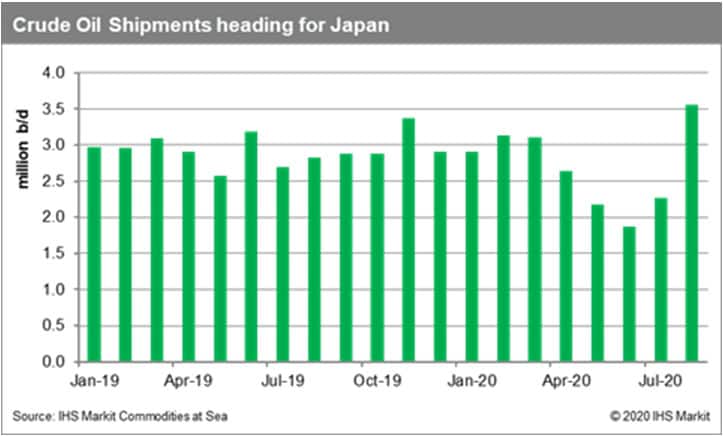 Some of our sources have been suggesting that exporters proceeded with loading more cargoes to Japan in early August, as China seems to be facing severe delays in most of its ports, with congestion reaching new record highs yet again. We expect that shipments to Japan will drop in the rest of the month but will still remain significantly higher than what was lifted in June and July, with clear signals of recovery. 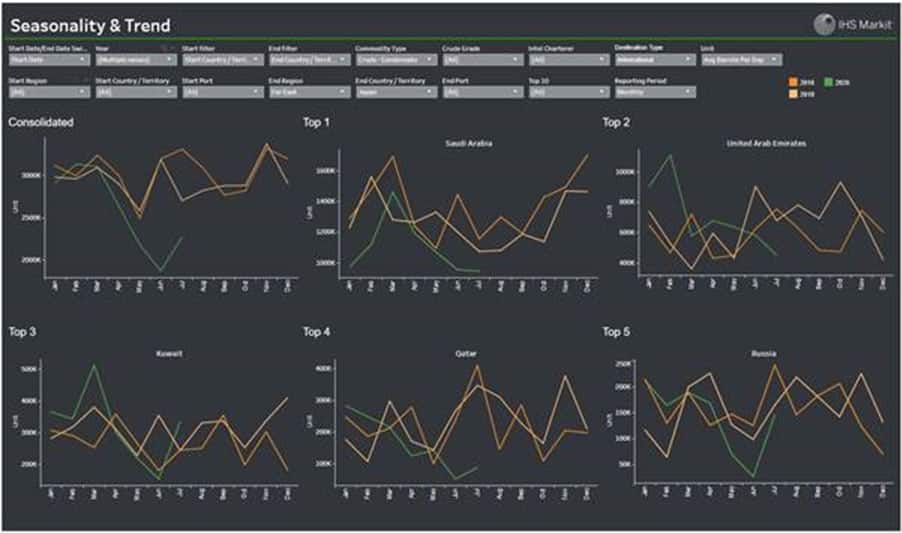 With IHS Markit Commodities at Sea we can also check seasonality in crude oil lifted for Japan by major exporter. As depicted in the chart above shipments to Japan dropped dramatically since OPEC+ reduced its production cuts and exports since May. The recent recovery seems to have started in flows from Russia to Japan, with exporters in the Middle East having followed in early August.