Rising low-carbon investment by oil and gas companies has been highlighted by increased M&A activity within this segment. Accordingly, oil and gas companies were involved in a record-high number of low-carbon transactions in 2019, with 33 acquisitions, direct investments, and joint venture formations, up from 20 in 2018 and 11 in 2017. On the basis of total transaction value (for those deals with a disclosed value), low-carbon M&A deal value by these companies amounted to $1.2 billion in 2019, down from $4.3 billion in 2018, amid fewer large-scale deals (with only two transactions over $100 million during the year). 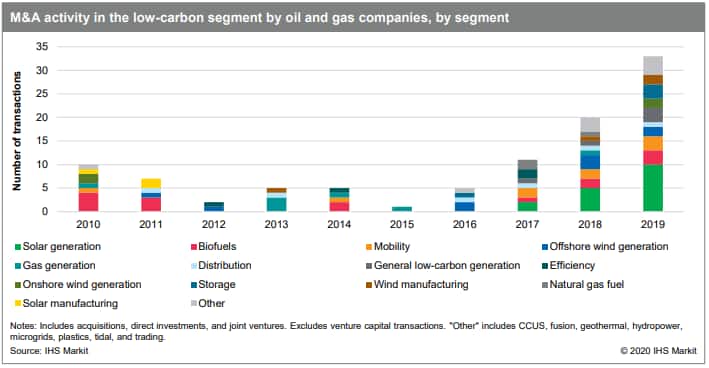 Figure 1: M&A activity in the low-carbon segment by oil and gas companies, by segment

Over the past decade, solar generation (with activity across an array of companies) and biofuels (led by BP) have seen the most M&A activity from oil and gas companies, with 17 and 15 deals, respectively, since the start of 2010. Activity has also shifted more recently toward the mobility and offshore wind generation segments. On a regional basis, Europe has seen the largest share of this activity, accounting for 55% of transactions since the start of 2010, followed by North America. From a company perspective, the Europe-based global integrated oil companies (GIOCs) have been the most active in terms of M&A activity within the low-carbon segment, led by Total and Shell. However, activity has become increasingly broad-based of late, with M&A activity spanning US independents, international E&Ps, national oil companies (NOCs), and the service sector.

A similar trend has emerged within the venture capital space, with rising low-carbon venture investment activity by oil and gas companies. Similar to M&A, venture capital provides a mechanism for investing in emerging technologies and companies, motivated by strategic value, where the technology can be deployed in the organization to enable a firm's strategic objectives. Whereas these companies' venture activity was traditionally focused on emerging technologies with applications for the core oil and gas business, the low-carbon segment has comprised the majority of their venture investment transactions in recent years. In addition, shifts in corporate venture strategies—including implementing greater alignment between venture investment activity and emerging low-carbon business opportunities, and the establishment of low-carbon venture teams— point to efforts by these companies to leverage venture investment units as part of their positioning for the energy transition.

Learn more about our coverage of the M&A market.

Chris DeLucia is an associate director with the Upstream Companies and Transactions team at IHS Markit.

Carolyn Seto is a director in the Upstream Technology and Innovation practice at IHS Markit.