Introduction
Over the past decade Egypt has held various licensing rounds, which have usually been successful in awarding a good number of blocks, and it hopes to obtain similar results through the ongoing Egyptian Natural Gas Holding Company (EGAS) and the Egyptian General Petroleum Corporation (EGPC) 2021 Egypt Bid Round.

The legal attractiveness of Egypt's licensing rounds for the investor is partly linked to investment assurances present in the upstream contracts. These include a stabilisation mechanism that allows for the possibility of restoring the contractor's initial economic conditions after the occurrence of significant negative economic circumstances deriving from legislative or regulatory changes. The stabilisation clause is connected to a dispute resolution clause providing further protection. Moreover, there are other features of the contract that provide additional stability. 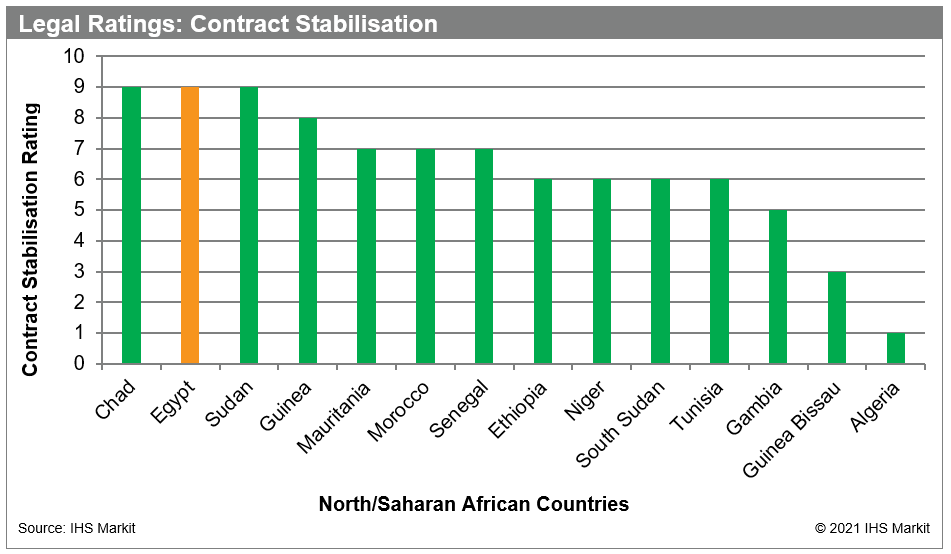 Egypt's stabilisation clause is an economic equilibrium clause, the type of stabilisation clause most used globally today. Generally, economic equilibrium clauses state that if the initial economic balance between the parties is altered in a negative manner because of legislative or regulatory changes, the parties will negotiate contractual amendments reinstating the initial economic balance.

Since 1998, Egypt has been using the same stabilisation clause. According to this, if, after contract signature, there are legislative or regulatory changes "significantly" affecting in a negative manner the economic interest of the contractor (or forcing the contractor to remit to the government the proceeds from the sale of the contractor's petroleum), the parties ("parties" per the model PSC's title comprise the government, the relevant Egyptian national oil company (NOC), and the contractor) must negotiate, within 90 days, contractual modifications restoring the initial economic balance. If the parties cannot reach an agreement, they will settle the dispute according to the disputes and arbitration clause.

Dispute Resolution and Arbitration
The contractor might have access to arbitration to enforce its stabilisation rights, but the position is not entirely clear. The dispute resolution forum depends on who the parties to the dispute are.

Since 1998, Egypt has been using the same disputes and arbitration clause. Any dispute, breach, termination, or invalidity between the government and the parties ("parties" in this provision means the contractor and the relevant Egyptian NOC) must be settled by the Egyptian courts.

The award is final and binding, and the execution is referred to the competent courts based on Egyptian law. However, the execution of awards in Egypt is not always straightforward.

If the arbitration procedure as described above cannot occur, the NOC and the contractor transfer the dispute to an ad hoc tribunal according to the UNCITRAL arbitration rules in force at contract signature.

Conclusion
Egypt's model PSCs contain a stabilisation clause offering the contractor some stability guarantees. This clause is linked to a dispute resolution procedure, albeit the procedure might not always provide access to an arbitration, which, if triggered, in any case cannot be defined as internationally anchored. Moreover, two additional stability elements for the contractor are that the NOC generally pays CIT and royalty on the contractor's behalf and that concessions have force of lex specialis. These investment assurances, including the stabilisation clause, should be an attractive element for the prospective contractor participating in the 2021 Egypt Bid Round.

A longer, more detailed, version of this piece will soon be available to our subscribers.