Severe winter weather bearing down on the Electric Reliability Council of Texas (ERCOT) power market caused more than 18,500 MW of load (roughly 3 million households) to be curtailed over a 88-hour period (and counting). The event far surpassed the previous major winter event when roughly 4,000 MW of load was shed on 3 February 2011. This event is unquestionably a watershed moment for the power market.

Two extremes were at the root of the crisis. First, as business and consumers battled the frigid temperatures, electricity demand surged well past the grid operators expectations for extreme winter weather conditions. Second, the icy conditions resulted in a staggering level of power supply failures. Power plant outages were nearly double that expected under extreme weather conditions, leaving only 68 GW of firm supply available to serve peak demand that was likely to exceed 75 GW if load shedding procedures were not initiated. (See Figure) A catastrophic system-wide event was perilously close.

All fuel types contributed to the supply shortfall. While power plant outage specifics are not yet available, generator output levels suggest that thermal units contributed significantly to the challenges. On 17 February, ERCOT reported that approximately 28 GW of thermal generation—which constitute the bulk of ERCOT's power supply mix—had been forced off the system. Total wind output was also lower than projected for normal conditions, but outperformed extreme weather expectations in the peak hour.

Calls for market reforms have already begun. On Tuesday, 16 February, Governor Greg Abbott issued an executive order adding an emergency legislative item to review the preparations and decisions by the grid operator and to find long-term solutions. In the weeks and months to come, debates about the adequacy of ERCOT's energy-only market design will intensify. Critics will suggest that the energy-only market design fails to provide sufficient incentives for generators to make the necessary investments to ensure operation amid winter events. Inevitably, the question of a Texas-style capacity market will (re)emerge, yet it is not at all clear that a capacity market alone would have prevented this outcome. 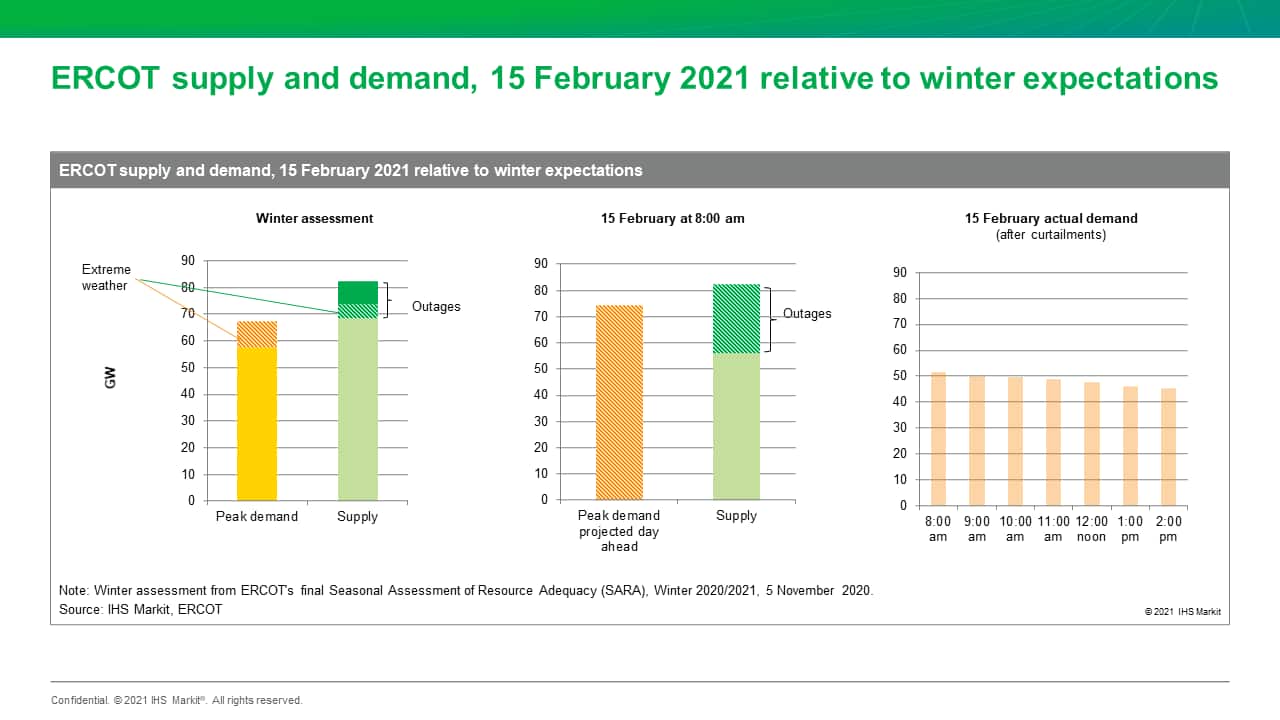