Introduction
Algeria's Law No. 19-13 of 11 December 2019 had the primary goal of spurring investment in the hydrocarbon sector. In the years leading up to 2019, Algeria had not been able to attract significant hydrocarbon investment because prospective contractors did not see the country's oil and gas regulatory and fiscal framework as sufficiently attractive. At first glance, the new law seems to have created a more structured petroleum framework and a more favourable tax regime for investors. Since the ratification of the law, the government has passed several decrees (about 40 to date) clarifying points that were not completely defined in the new law. However, despite a general improvement for contractors, for example concerning royalty and Petroleum Revenue Tax (IRH), the result is not yet clear because, inter alia, a model Production Sharing Contract (PSC) and a model Risk Service Contract (RSC) are not yet available.

The Contracts Offered
Law No. 19-13 reintroduced PSCs and RSCs in Algeria after they had not been available to prospective investors as "new contracts" since the ratification of Law No. 05-07 of 28 April 2005 Concerning Hydrocarbons (Algeria's previous hydrocarbons law as amended in 2006 and 2013). Under Law No. 05-07, prospective contractors could only enter into royalty/tax partnership agreements with Sonatrach, Algeria's national oil company. By law, Sonatrach had to have not less than 51% in the partnership. Law No. 19-13's opening of the legal regime to more types of petroleum contracts has many similarities with the opening of the regime to PSCs and RSCs by Law No. 86-14 of 19 August 1986. That law was the first radical modification of Algeria's petroleum framework after the February 1971 100% gas nationalization and 51% oil nationalization—following the nationalization, the only available contracts were participation agreements, with Sonatrach holding at least 51% of the participation.
The diagram below summarises the contract types now available in the wake of Law No. 19-13. 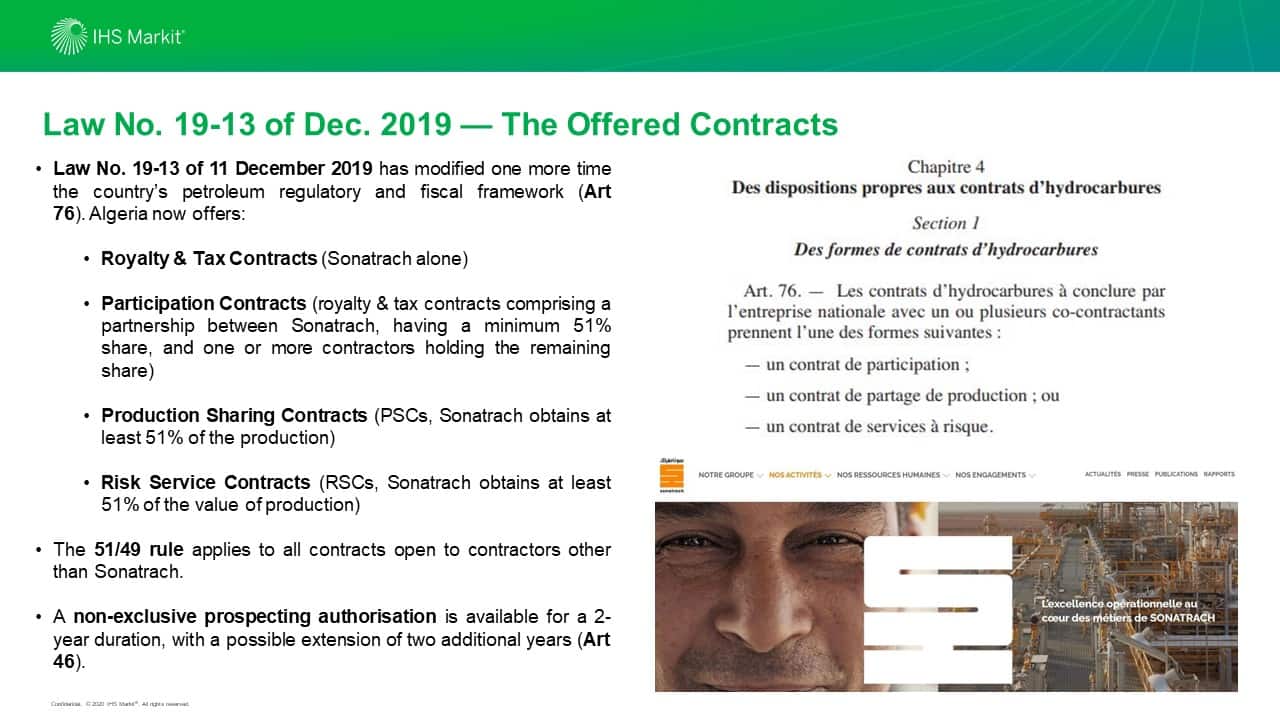 The fiscal framework introduced by Law No. 19-13 is based on the fiscal impositions listed in the diagram below. 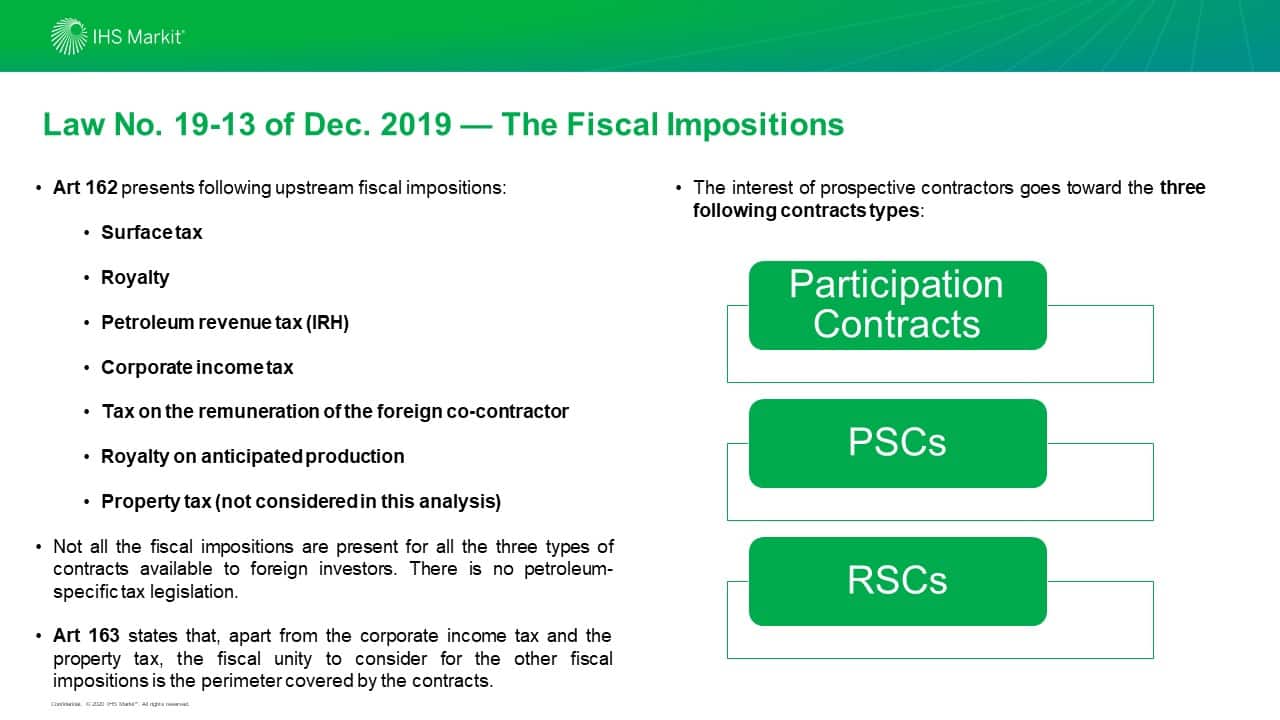 Specific Improvements
Despite that all the types of petroleum contracts now available maintain the 51%-49% rule in favour of Sonatrach, in general terms, Law No.19-13 has improved the petroleum fiscal framework for prospective contractors in four different ways:

Conclusion
It appears that Law No. 19-13 has improved Algeria's regulatory and fiscal framework in favour of prospective contractors. However, without a model PSC and a model RSC, it is difficult to accurately gauge the attractiveness of the two new regimes. Generally, evaluating the legal-fiscal terms in isolation, in other words, examining only the separate fiscal components, one by one, is not the optimum method for determining the overall state take in a petroleum framework. The industry is eagerly awaiting the model contracts to complete the picture.

A longer, more detailed, version of this piece will soon be available to our subscribers.