A Global 500 energy company set out to find opportunities for greater efficiency in extracting oil from unconventional reservoirs and developed a steam-assisted gravity drainage production solution that now saves millions of dollars annually by reducing the need for maintenance and risk of interruptions. 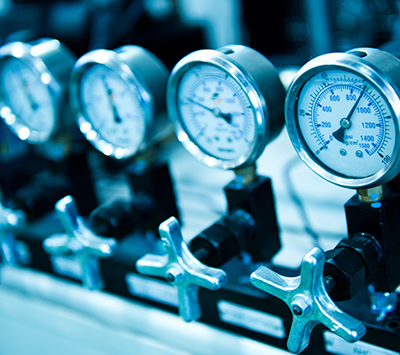 For this Global 500 energy and petrochemicals leader, innovation is at the core of operational excellence. Throughout its worldwide operations, the company uses advanced technologies to help build a sustainable energy future. Its executive leadership team has increasingly invested in unconventional oil and natural gas development – an aspect of the energy industry where cumulative capital expenditures are expected to exceed $5.1 trillion by 2035 (an average of some $200 billion annually over the entire period).1

Recently, the company's Production Excellence group set out to find opportunities for greater efficiency in extracting oil from unconventional reservoirs. Continuous improvement is essential as capital and operational costs rise with increasingly complex infrastructure and regulatory requirements. Coupled with energy needs, water treatment and human capital, the price of entry easily adds up to $1 billion, with ongoing maintenance running in the hundreds of millions of dollars.

In its previous efforts to address the challenges associated with producing oil from unconventional reservoirs, the company brought together teams of employees for brainstorming sessions. Those sessions generated a lot of ideas but were considered costly due to the large investment of time from high-value talent. More importantly, the results of this traditional brainstorming process are typically limited by the knowledge and experience of the individuals who are directly involved and/or their ability to find relevant solutions outside of their areas of expertise.

To encourage fresh thinking about critical issues that were impacting operational efficiency, the company's Production Excellence team took an alternate approach. They turned to Goldfire software and innovation experts to help analyze the issues, explore their options and queue up actionable decisions.

The energy company was able to use a proven and systematic process to gain a greater understanding of key problems, root causes and risks, and uncover innovative new solutions. Members of the Production Excellence team came together with the S&P Global Innovation Services team and used the Goldfire software platform to address issues with fresh perspectives and a greater retention of critical information.

The energy company team was now in a position to systematically look across multiple industries and disciplines to gain new insights in a fraction of the time required for manual research and collaboration. Additionally, with pertinent information at their fingertips throughout the engagement, the team rapidly validated emerging concepts, focusing on those likely to bring the highest value and likelihood of success, and placing others on a timeline with attached action items.

With Goldfire, the Production Excellence team found a way to simplify the extraction of oil from unconventional reservoirs by reducing the need for equipment maintenance as well as the risk of interruptions to production – with the potential to save millions of dollars annually.

The group began with a broad discussion of the over-arching challenge: extraction of oil from unconventional reservoirs is a complex and expensive process so their break-even pricing was too high. Company experts then "peeled back the onion" by breaking that strategic challenge into primary known obstacles. In particular, the team decided to focus on problems commonly associated with steam- assisted gravity drainage (SAGD), where high-pressure steam is continuously injected into a wellbore to heat the hydrocarbons and reduce viscosity, enabling flow and making it easier to remove. By using SAGD, oil and gas industry leaders are now able to extract up to 70 percent of their un-mineable oil sands reserves, up from the 25 to 30 percent that was recoverable utilizing previous technology.

Going into the sessions with S&P Global, the energy company team acknowledged that steam production is costly but they believed it was an unavoidable thermodynamic constraint. When subjected to high temperatures and pressures, the dissolved salts (such as calcium) in ground water and the dissolved silica or residual hydrocarbons in recycled water tend to form hard scale build-up on the inside of boiler tubes. This scaling reduces thermal efficiency so more fuel is required to generate steam. Worse, it can cause reduced flow and eventual blockage.

As a result, companies that rely on SAGD continually rotate boilers out of production for descaling. To avoid maintenance downtime, companies must invest in multiple boilers per reservoir, which adds substantially to their capital costs.

Simple Solution to an Expensive Problem

Working with Goldfire, the Production Excellence team looked further into their initial assumptions and gained a clearer understanding of the fouling problem. They learned that the root cause of the scaling is nucleation of salts on the pipes' interior surface, due to high heat and a proliferation of tiny crevices where crystallization begins.

In response, the Production Excellence team used Goldfire to search for possible remedies, looking not only for ideas from energy companies and boiler manufactures but across other industries. The team identified several potential solutions such as polishing the pipes, using a coating that is easier to clean, and making the pipes flexible so that scale falls off easily.

Following the S&P Global innovation process, the team ranked various concepts against criteria relevant to their business and technical needs. They found one idea especially compelling – nucleation sites could be moved from the boiler's heating tubes to another component in the system. In this case, their company could leverage a solution that is widely used in the United Kingdom to prevent scaling on the inside of residential kettles in hard water areas! Inexpensive, reusable and easy to retrofit, this solution could be readily adapted to support SAGD operations.

Taking a new approach to researching critical issues enabled this energy company to uncover an innovation that it had never before considered. With Goldfire, the Production Excellence team found a way to simplify the extraction of oil from unconventional reservoirs by reducing the need for equipment maintenance as well as the risk of interruptions to production - with the potential to save millions of dollars annually.

In addition, the team was able to save time by queuing up an actionable decisions and giving managers confidence that they were utilizing the best ideas from both inside and outside of their organization.

And this is just one case in point. This global industry leader has now gained a new long-term competitive advantage because it knows a better way to develop actionable insights and drive innovation by working with S&P Global.

With Goldfire, the Production Excellence team found a way to simplify the extraction of oil from unconventional reservoirs by reducing the need for equipment maintenance as well as the risk of interruptions to production – with the potential to save millions of dollars annually.