Investors subject to the EU's new green finance classification system are facing major challenges: the revenues of the vast majority of the world’s largest companies are not aligned to the instrument, and the jury is still out on whether controversial sectors such as gas or nuclear will be included in the tool.

S&P Global data shows that the revenues of most large U.S. and global companies are not in line with the taxonomy, presenting a major challenge for fund managers in compiling investment portfolios that are aligned to the EU green taxonomy. By Jan. 1, 2022, investors managing environmental, social and governance-related funds will have to start explaining how they use the tool to determine the sustainability of their investments. 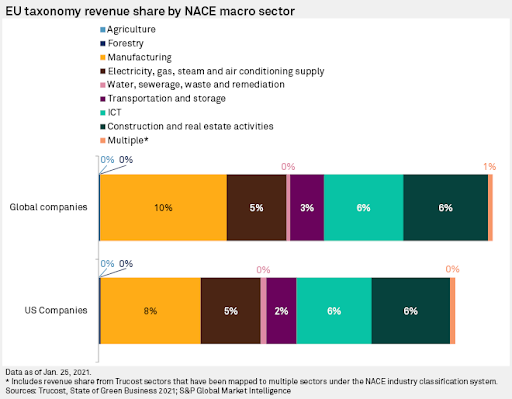 Simply put, the taxonomy is a dictionary that defines how sustainable a business or sector is. It assesses more than 100 economic activities, spanning from manufacturing to transport to insurance, and is designed to steer companies as they adapt their business strategies to climate change, as well as help investment funds judge sectors based on their environmental performance. Investors will also have to disclose what percentage of their investments are in line with the taxonomy. The new regulation is expected to radically change how investors and companies report on their environmental performance. 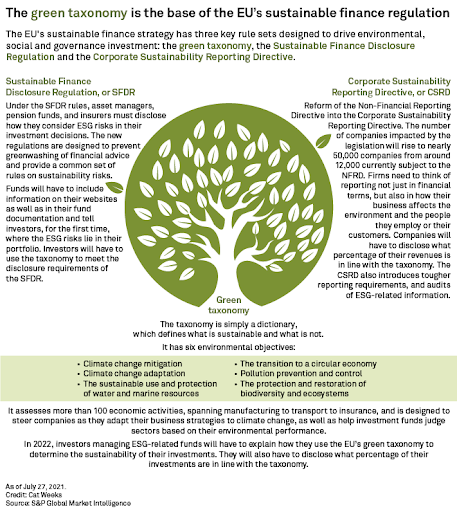 The taxonomy is a living tool designed to change as industries become more sustainable. It will be subject to three-year reviews by the EU Commission, the EU’s executive arm. In its current form, only two of the taxonomy’s six environmental objectives have been adopted and will apply from Jan. 1, 2022. As of Jan. 1, 2023, the remaining four objectives — protection of water and marine resources; circular economy transition; pollution prevention and control; and biodiversity and ecosystems protection requirements — will apply.

On April 21, 2021, rules covering climate change adaptation and climate change mitigation were adopted, but the Commission delayed a decision on whether to include natural gas in the taxonomy. Some heavily fossil fuel dependent countries in the EU, like Poland, want natural gas to be incorporated in the tool, saying they need gas as a "bridge fuel" as they exit coal. Nuclear power, another point of contention between member states, will be reviewed separately. Germany is closing its nuclear fleet, while France depends on nuclear energy for around 70% of its electricity production. 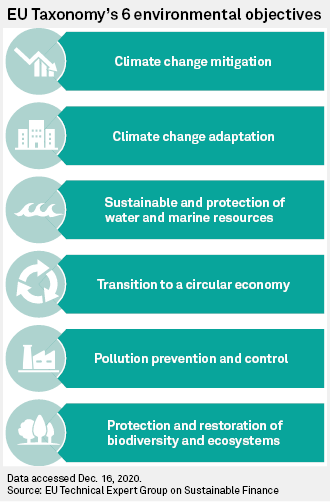 The Commission is planning to expand the taxonomy in a separate law to include agriculture, some manufacturing activities, and some aspects of the energy sector. That part of the regulation may include gas, but with a clear exit strategy, said Helena Viñes Fiestas, rapporteur of the EU Platform on Sustainable Finance, a body of experts from industry, finance and civil society who advise the Commission on its sustainable finance policies.

"Certain types of gas or nuclear might be included in that intermediate place or in a complementary climate act, but with very clear criteria or limitations. We still don't know, but we will know very soon — hopefully by the end of the year," she said in an interview.

Questions over role of gas in the taxonomy

The taxonomy gas debate came just before the International Energy Agency effectively sounded a death knell for the fossil fuel industry in May when it said there should be no new investments in coal, gas and oil projects, raising questions about the inclusion of gas in the taxonomy.

S&P Global Ratings flagged the oil and gas sectors' changing investment landscape in a June 2 commentary, noting that it had revised its risk assessment for upstream oil and gas producers to moderately high from intermediate in January.

"The revision, which led to downgrades of several exploration and production companies including Exxon, Shell, and Chevron, reflected our concerns about the trajectory of oil and gas supply and demand and the impact on producers of fossil fuels, given the increasing adoption of and transition to renewable energy alternatives to address climate change,” S&P Global Ratings wrote.

The IEA warning, accompanied by shareholder revolts both at Exxon Mobil Corp. and Chevron Corp. as well as a court ruling in the Netherlands forcing Royal Dutch Shell PLC to reduce its emissions, all underscore "what has become a global concern among sovereign nations and investors and could serve as a wakeup call for an industry that is perceived by many to be slow to adjust to climate change and emission mandates," S&P Global Ratings analysts wrote.

The climate risks from continued support for the gas sector may pile pressure on the EU to find a solution that would remove gas from the taxonomy. At the same time, the bloc faces pressure not to make countries highly dependent on fossil fuel feel that they are being left behind in the transition.

That will be a delicate balancing act. The IEA forecast in a July report that gas-fired generation, which declined 2% in 2020, would increase by 1% in 2021 and by nearly 2% in 2022, as economies rebound from the coronavirus pandemic.

And as investors tailor their investment products to the taxonomy, the challenge will be to know if they should include gas-related companies in their portfolios. 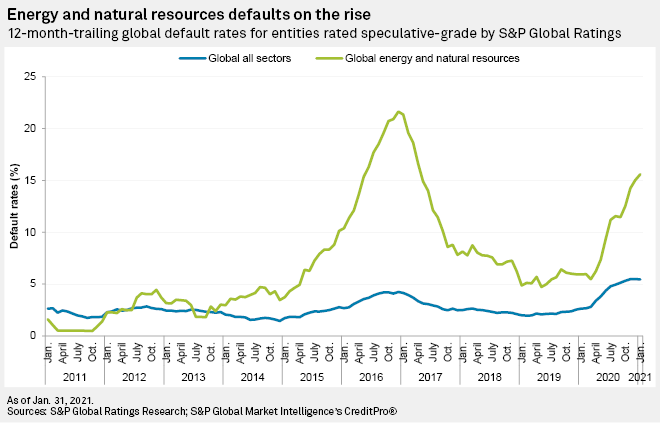