Along the western coast of the Caspian Sea lies the small port city of Baku, the present-day capital of Azerbaijan that was once the linchpin of Russia's oil industry. The Russian Empire annexed Baku in the early 19th century when it was home to a burgeoning oil industry. Russia developed Baku and its surrounding suburbs into the world's largest oil-producing region by the turn of the 20th century, and while much has changed since then, Russia remains a dominant actor in the global oil market.

Russia is responsible for a significant share of energy exports, and energy commodities are the critical inputs to national economic engines — the lifeblood of a global economy on the precipice of recession. Major economies stretching from North America to Europe through Asia rely on Russian energy exports, and Russia, in turn, relies on commodity export revenues to fuel economic growth. Europe, in particular, depends heavily on Russian energy, but this reliance is shifting as Western countries craft energy-focused economic ripostes to Russia's invasion of Ukraine, and as Russia diverts energy exports from Europe to Asia.

Russia's ability to shift oil exports from Europe to Asia may soon face serious hurdles as sanctions deadlines approach and the countries absorbing cheap Russian crude weigh risks and uncertainties. The EU ban on imports of Russian seaborne crude and refined products will take effect Dec. 5 and Feb. 5, 2023, respectively. Some countries are grabbing more cheap Russian oil while they can. Others are slowly reducing imports from Russia while increasing imports from suppliers in Africa and the Middle East.

Russia's oil exports held steady in October, only slightly below the prewar average in January and February. India, for example, imported a record-high 883,000 barrels per day in October. Some European countries imported more Russian crude in October, but rising imports may indicate that countries took advantage of heavy discounts while hedging against sanctions. Although Russia's oil exports remain steady near prewar levels, importers are noticeably hesitant, with some even reducing their imports.

Independent refiners in China, for example, relentlessly bought Russian crude but have since slowed their purchases. Inflows from Middle Eastern suppliers are increasing for a select few companies in Shandong province, China, and others may follow as insurance-related issues could soon deter companies from importing Russian oil, further intensifying competition between Europe and Asia over oil exports from the Middle East and Africa.

The U.K., home to several maritime insurance companies, recently announced it would not permit coverage for ships carrying Russian oil, and the EU and U.S. may take similar approaches. This may not significantly reduce the flow of Russian oil to Asia, as insurance providers in Asia could fill the void, though at lesser values. Some companies are willing to transport Russian crude without insurance, but this may not be practical as receiving ports could deny berthing.

Baku's rapid rise and fall from preeminence in the global oil market in the 19th century and Russia's ability to divert supply from Europe to Asia today underscores the pace and scale at which markets can shift. Perhaps another shift is on the horizon as looming sanctions cast shadows of uncertainty over the future of Russian oil in Asian markets.

Today is Tuesday, November 22, 2022, and here is today’s essential intelligence. The next edition of the Daily Update will publish on Monday, Nov. 28.

India's real GDP growth is projected to average 6.3% annually in FY 2021-30, enabling it to overtake Japan and Germany to become the world's third-largest economy (in nominal U.S. dollar terms). Real income per capita is projected to achieve significant average growth of 5.3%, with Indian households becoming the greatest spenders among G20 economies.

Join S&P Global Market Intelligence on Tuesday, Nov. 29, 2022, at Lloyd's of London in the Old Library for a series of country risk presentations and Q&A sessions featuring its forecasts on key violent and political risk issues into 2023 with a focus on potential implications for underwriters.

—Register for the event from S&P Global Market Intelligence

The Impact Of Russia's Invasion Of Ukraine: A Trade Finance Perspective — October Update

September and October witnessed significant new developments in the Russia/Ukraine conflict. The retreat of the Russian army from key towns and strategic locations in the Ukrainian east, the threat of nuclear weapon usage and the suspected sabotage of the Nord Stream 1 and 2 gas pipelines have all exacerbated tensions in the ongoing conflict.

A global pledge to help accelerate the move away from gasoline and diesel-powered vehicles to zero-emissions cars and vans gained momentum Nov 17, with more signatories to implement the non-binding commitment at the COP27 climate talks in Egypt's Sharm el-Sheikh. Launching a new group, Accelerating to Zero Coalition, or A2Z, the partnership is led by the U.K. Government's COP26 Presidency working towards all sales of new cars and vans being zero emission no later than 2035 in leading markets and 2040 globally. 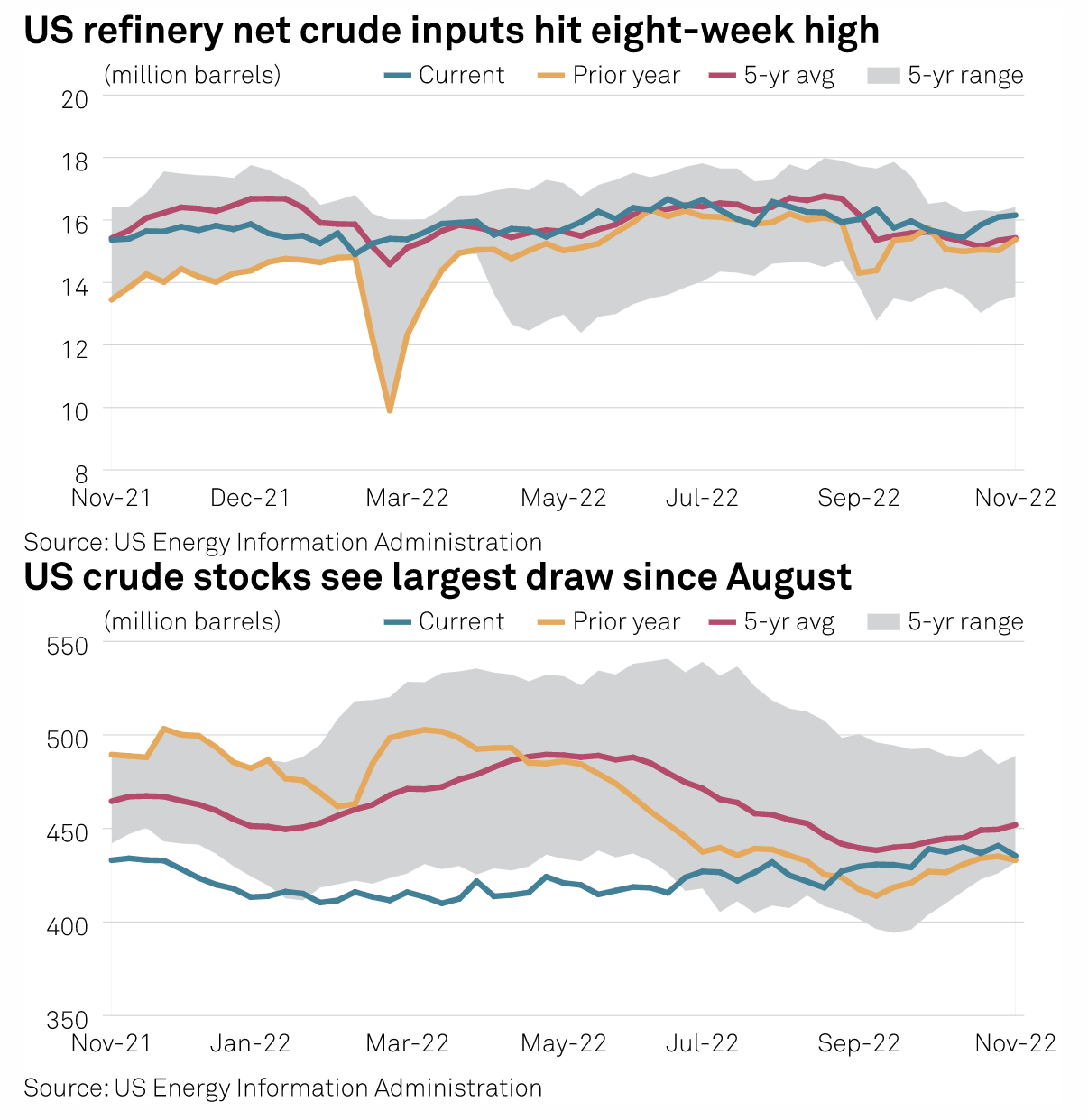 The Electric Vehicle Revolution: The Impact On Power Systems In Southeast Asia 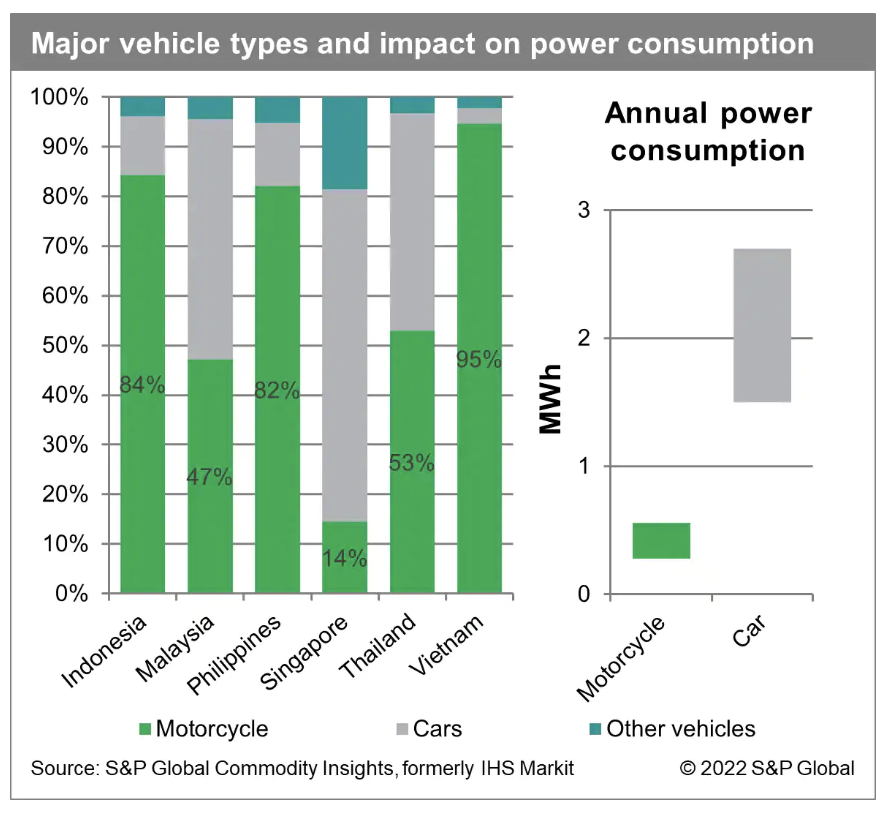 Governments across Southeast Asia are promoting the shift from internal combustion engine vehicles to electric vehicles. Thailand aims for 30% of new vehicles to be electric by 2030, Singapore for 100% cleaner-energy vehicles by 2040 and Indonesia for 100% of new motorcycles and cars to be EVs from 2050. As governments continue to announce new targets and solidify their EV road maps, the future of electric mobility in Southeast Asia is coming into focus.