The Omicron outbreak in China since the beginning of 2022 has led to stringent restriction measures that severely disrupted economic activities and energy demand. However, our analysis of the latest data show that the scale of the demand impact did not match that of early 2020 at the onset of COVID-19. The weakness in fossil fuel demand is in contrast with the continued robust growth of renewables.

Power demand declined by 1.3% year on year (y/y) in April, bringing full-year growth in 2022 down to 4.1%, compared with 3.1% in 2020. Both the services and manufacturing sectors contributed significantly to the power demand drop in April. The industrial sector is expected to lead the rebound in the rest of 2022, but a rapid recovery in 2020-21 is unlikely to reemerge.

India's federal power ministry plans to reduce power generation from 81 thermal coal-fired plants over the next four years, as part of its efforts to switch to clean energy sources and cut carbon emissions, according to a letter seen by S&P Global Commodity Insights May 30.

As the flow of coal from Russia to Europe trickles down to a stop, the immediate concern is replacing the Russian thermal coal, but the focus on transition to greener sources of energy has gained attention at the same time, market sources told S&P Global Commodity Insights.

U.S. coal miners are experimenting with greener business projects as long-term demand for the carbon-intensive fuel collapses around them.

The Platts Market Data - Coal dataset provides access to the full breadth and depth of our coal market data, including benchmarks and contract price assessments.

India is continuing to grapple with a severe and protracted power crisis after a sustained surge in global coal prices in late-2021 was further aggravated by Russia's invasion of Ukraine in February.

The global price pressure eroded India's import volumes and reduced its power plant stockpiles to critically low levels just as an unrelenting heat wave pushed demand to unprecedented levels. The country generates more than 75% of its power from coal, and is the world's third-largest producer of electricity at 1,383 TWh/year.

The crisis is so severe that government authorities in India – the world's second-largest coal producer, importer and consumer after China – are threatening to cut domestic coal supply to power plants that are reluctant to import coal at current elevated prices.

But how did it get to this?

The German government is advancing plans to reduce gas demand this summer in power generation and industry to boost storage for winter after Russia reduced deliveries, the energy ministry said June 19.

Newcastle thermal coal prices are expected to remain subdued through the second half of June and into July as discounts offered for other origin coals continue to lure Asian buyers away from Australian coal, sources told S&P Global Commodity Insights June 12-15.

READ THE ARTICLE
Our Experts

In a complicated world where one event triggers challenges for seemingly unrelated industries, the S&P Global network of over 750 global experts can provide you a 360-degree view of key trends. Get in-depth insights into the intersection of topics such as economics, shipping, automotive, commodities trading, oil and gas, financials, sustainability, and more.

China has ramped up coal production to offset declines in imports of coal and LNG amid surging global energy prices, and analysts expect natural gas consumption to contract further in 2022 while coal consumption continues to rise.

The trend is in line with natural gas demand destruction in several industries that have a high share of gas usage, such as ceramics that requires high-temperature gas furnaces, and a wider switch toward cheaper fuels, like coal and oil, in the region to keep the lights on.

Out of this total supply, imports showed a much sharper decline. China's natural gas imports, including piped gas and LNG, peaked in December 2021 at 16.07 Bcm, and dropped 30% to 11.15 Bcm in April, according to customs data.

LNG imports saw the steepest decline, with March imports down 18% year on year at 4.63 million mt, the lowest since April 2020, and April LNG imports were also trending near the lowest monthly level since early 2020, according to customs and shipping data.

Even though China's reliance on coal-fired power is not seen falling anytime soon, indications from data and policy makers suggest that the world's largest producer and consumer of coal may be actively looking toward meeting majority of its requirements through domestic production.

China has removed import tariffs on various coal grades as part of its efforts to maintain adequate supplies amid global disruption caused by the Russia-Ukraine conflict, according to a government document seen by S&P Global Commodity Insights April 28.

China has shelved plans to build 15 coal power plants overseas—with a capacity of around 12.8 GW—after it banned funding such projects in 2021, while another 37 GW of capacity currently in the pre-construction phase could be stopped, a new study showed April 22.

U.S. coal miners, eager to sell into a reinvigorated market, are struggling to move their product as train lines tangle with a severe labor shortage. 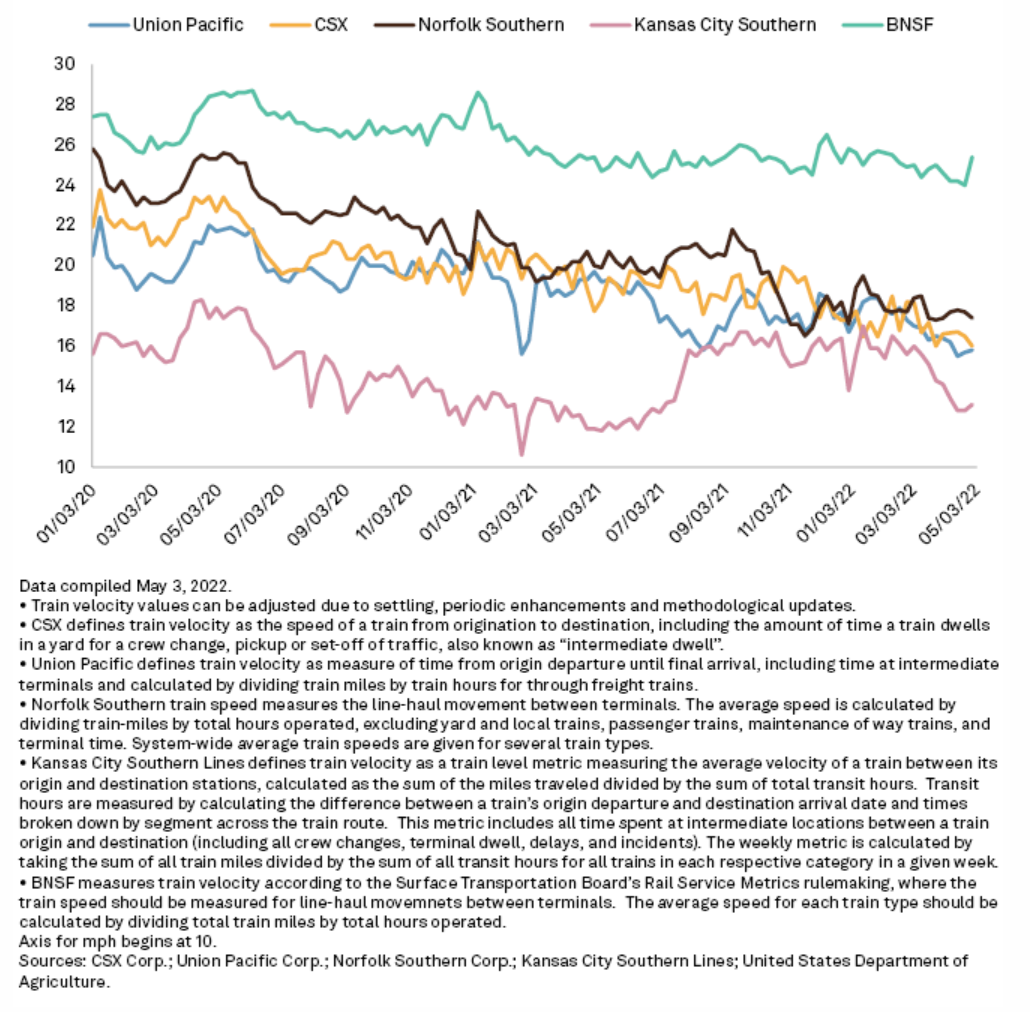 As many investors were turning away from coal, others saw an opportunity — and are now being rewarded.

Tight coal supplies and increased demand have driven up prices, allowing U.S. coal producers to reap profits after many faced bankruptcy and large debt loads in recent years. And with U.S. coal consumption on a path of long-term decline, coal companies are not investing in new production, but are instead returning much of their windfall gains to shareholders.

Indian thermal coal buyers have started to pay very high prices to import the fuel in a shift from the traditional pattern of low-cost buying, as domestic stocks border on critical levels amid a surge in summer power demand, sources told S&P Global Commodity Insights April 28. Several trades to India for 4,200 kcal/kg GAR coal of Indonesian origin were heard concluded in the week ending April 29 at $95-$98/mt FOB for Panamax and Capesize vessels.