Women were the Vital Statistic of the 2018 Midterm Election


Women were the Vital Statistic of the 2018 Midterm Election

Like most elections, the 2018 U.S. midterms served as a modern Rorschach test–people saw whatever story served their purposes and credibly made cases of where they won, where they did not, and what it meant looking ahead for 2020.

What is not up for debate, however, is that women made their indelible imprint on this election. A record number of women are headed to Congress in January, and they got there because women showed up to vote for them. According to exit polling by ABC News, women accounted for 53 percent of voters, a record high. And they voted for Democratic House candidates by a 60 percent to 39 percent margin.

That still doesn’t answer the most important question: Why?

Why did women show up and put more women in office than ever before?

In a continuation of these research efforts, we teamed up with SurveyMonkey, the global survey software company, to deploy a post-election poll, setting out to find out what was on voters’ minds, specifically women voters. This national survey of nearly 7,500 adults conducted after the November elections reveals women’s animating concerns about the country, the economy, and their own financial lives. The data highlights not only the tremendous gaps between how women and men orient themselves politically, but also how differently women of various ages, racial, and ethnic backgrounds see the country and their own prospects.

These four insights caught our eye:

1. 70% of women believe there were more opportunities to excel in leadership positions over the past decade, and this majority holds across all subcategories: age, race, income, political party, etc. 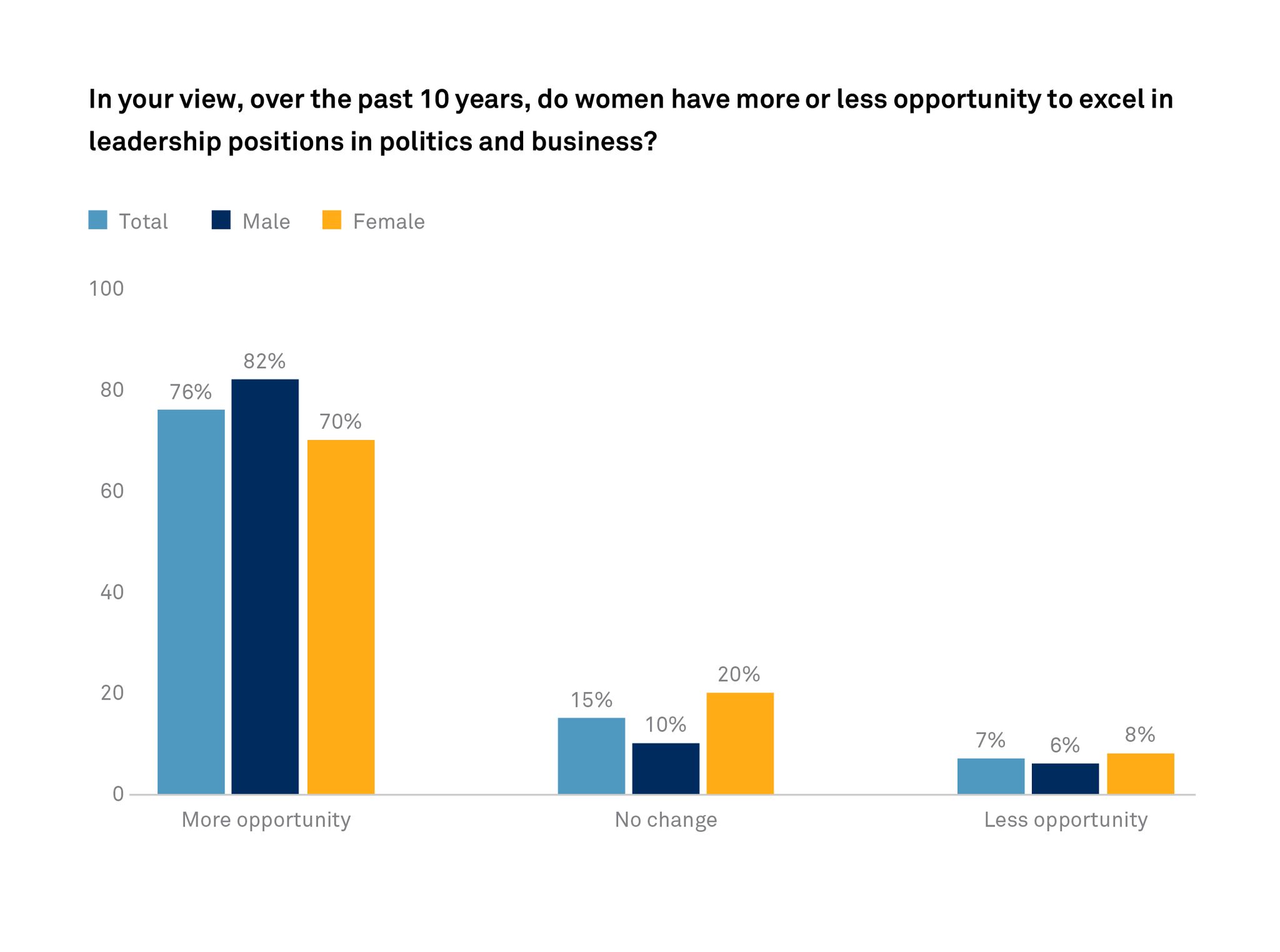 2. Equal pay was selected by women voters across all subcategories as the most effective means to increasing opportunity for women. 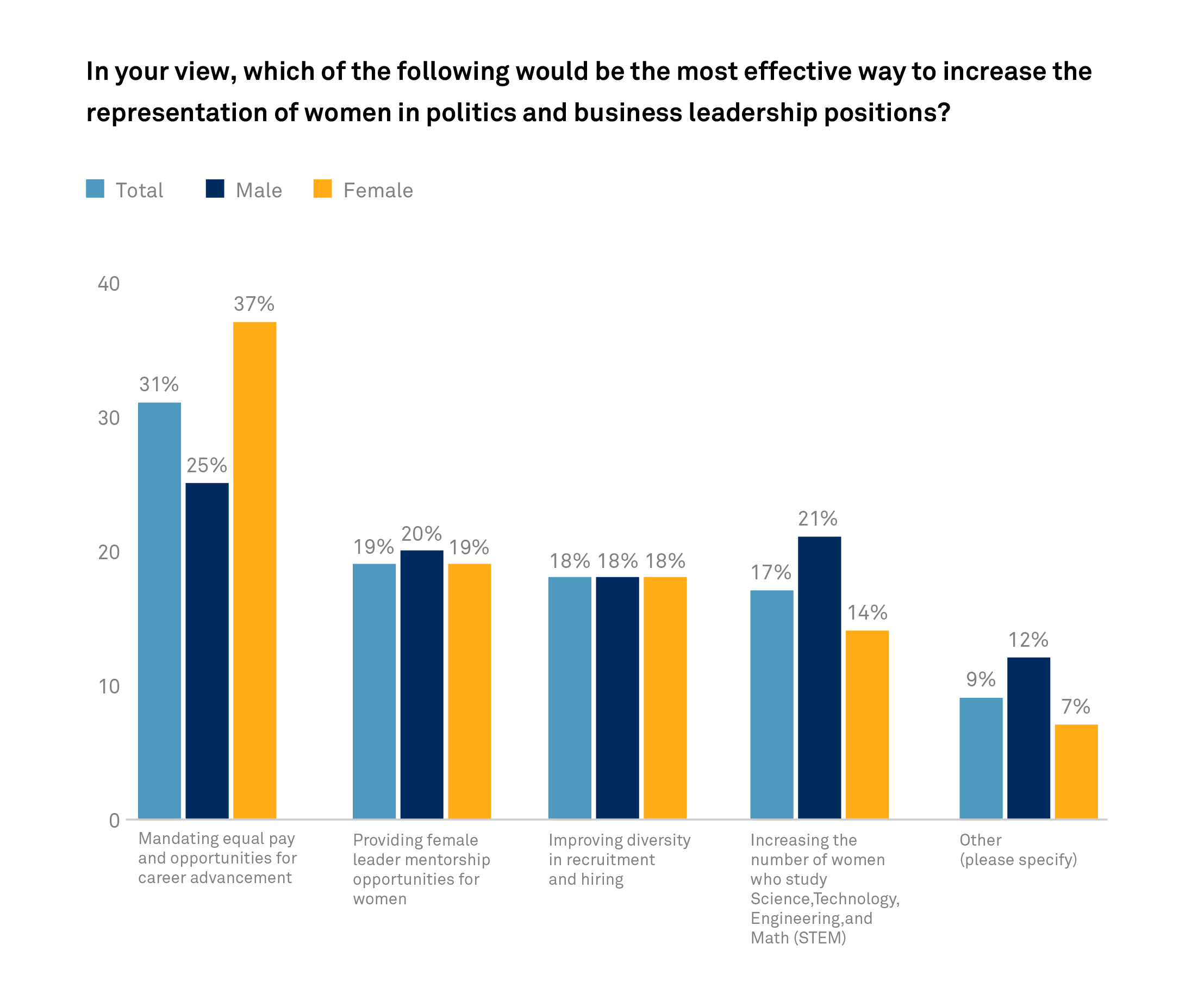 3. Democrats earned women’s trust this time overwhelmingly when it comes to financial policies that benefit them and their families. 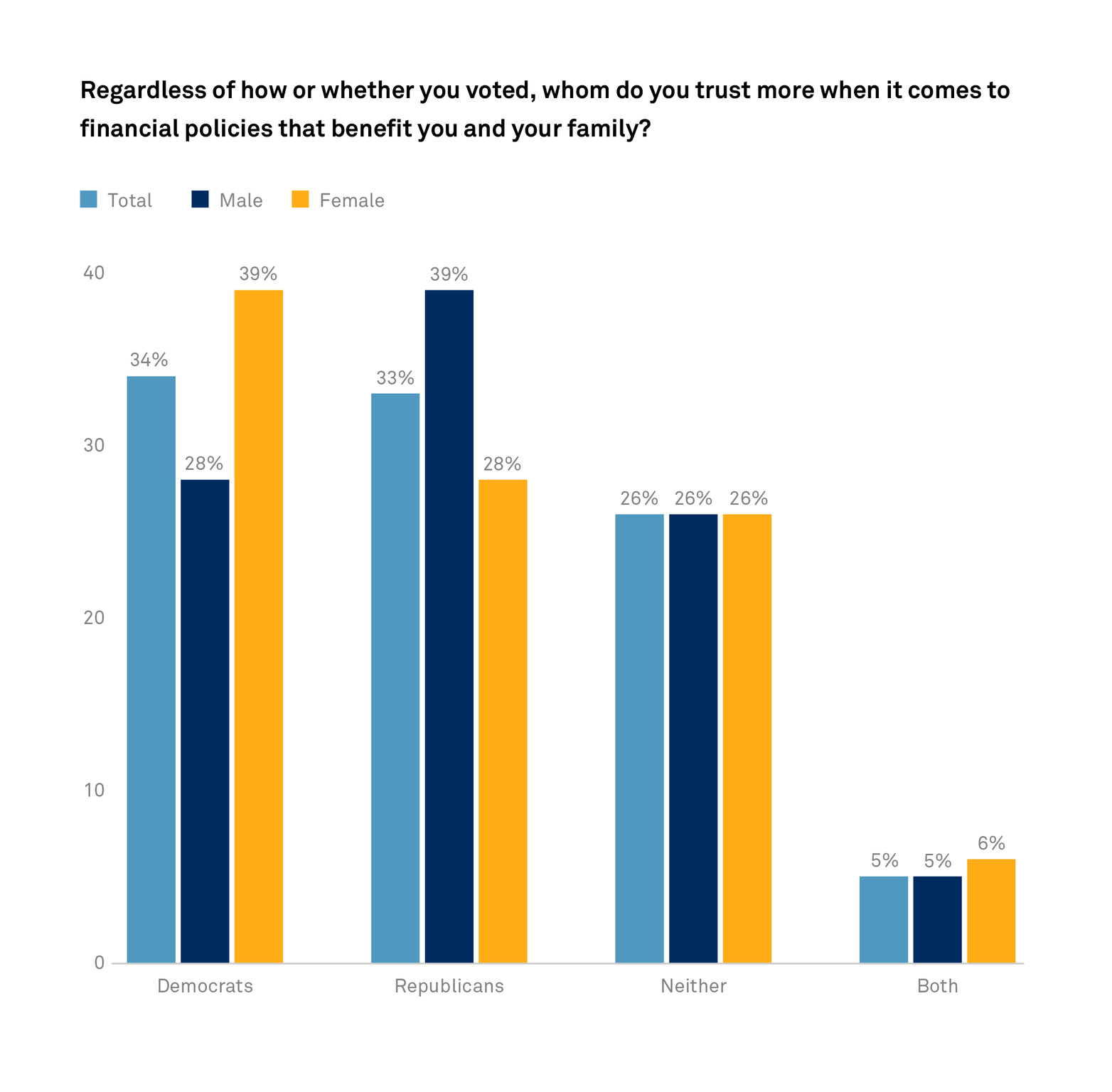 4. Health care is the animating issue for women, dwarfing other top issues including jobs and the economy, which is the top issue for men. 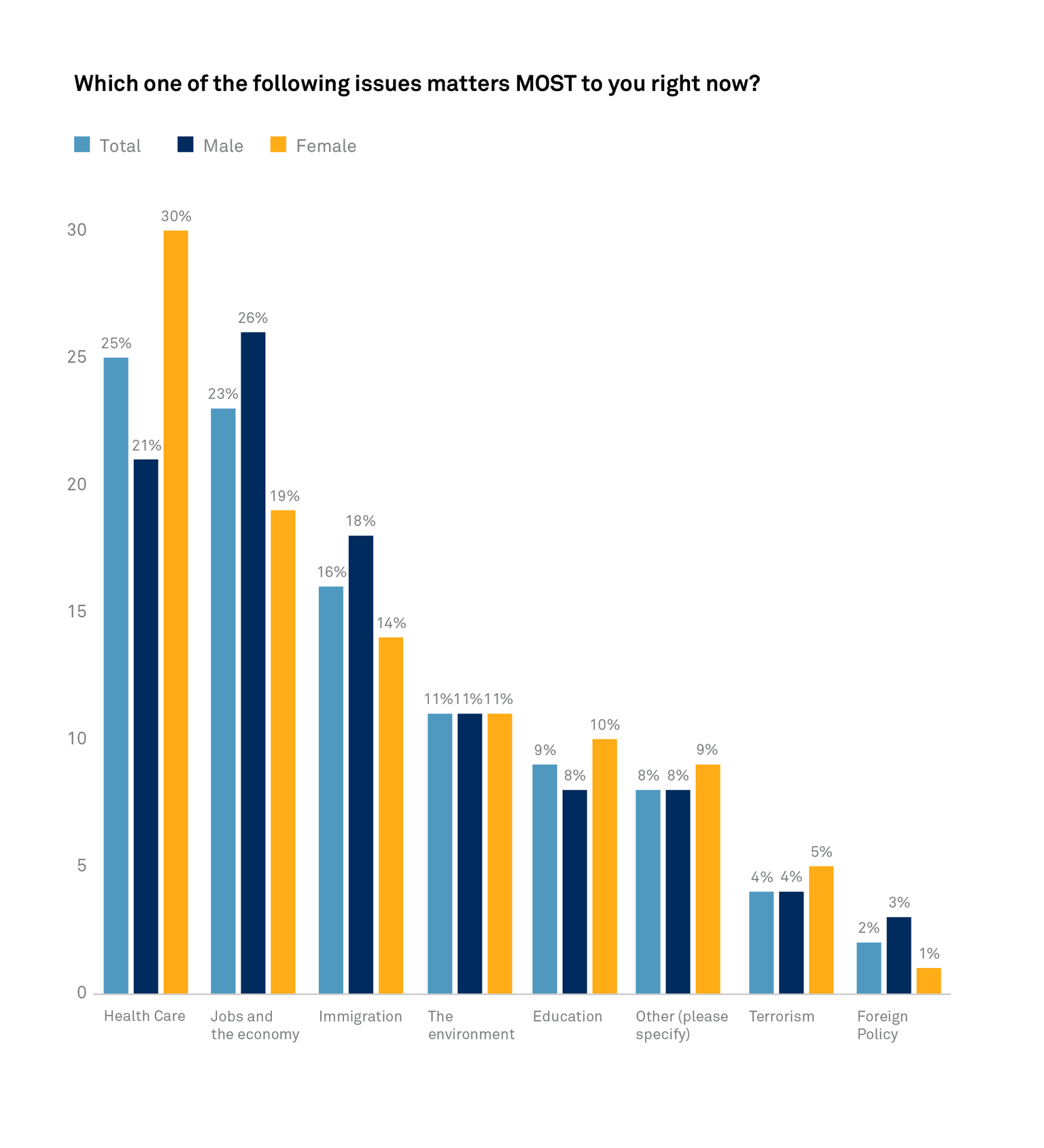 This analysis is based on a SurveyMonkey online poll conducted among adults ages 18 and older in the United States. Respondents were selected from the more than 2 million people who take surveys on the SurveyMonkey platform each day. Data have been weighted for age, race, sex, education, and geography using the Census Bureau’s American Community Survey to reflect the demographic composition of the United States age 18 and over. This survey was conducted November 7-14, 2018 among 7,467 adults. The modeled error estimate for the full sample is plus or minus 1.5 percentage points. Respondents who did not to answer questions are included into the total percent calculation but are excluded visually from the charts in this article. For those percentages, see the "No Answers" in the full crosstabs.