Inflation was supposed to be short-lived in 2022. Central bankers began the year with wishful thinking, raising rates modestly and reluctantly to nudge economies away from transitory inflation. But inflation has proven more persistent than anticipated, and central banks — at least in countries where inflation is highest — have grown increasingly aggressive in their rate hikes as the year goes on.

On Sept. 15, Paul Gruenwald, global chief economist at S&P Global Ratings, took a holistic view of central banks and their responses to inflation in the report “Maybe Central Banks Are Not Turning Japanese After All.”

“As a result of this inflation shock, the era of central banks struggling to reach their policy targets (generally around 2%) from below has come to an end, at least for now. This new inflation reality has left central banks in catch-up mode, with a pace of policy rate moves unseen in several decades,” Gruenwald said.

The report notes that the pace and scale of rate increases have picked up over the course of 2022. In the first quarter, hikes totaled 125 basis points. In the second quarter, that number rose to 400 bps, and in the third quarter, we have thus far seen hikes totaling 650 bps. Given upcoming meetings of the U.S. Federal Reserve and the Bank of England, we can anticipate that the third-quarter numbers will end up being higher. Each individual hike is also getting higher. Earlier in the year, a raise of 25 bps was typical. Now, most increases are anticipated to be in the 50-bps to 75-bps range.

Around the world, central banks have been pursuing policy in line with their core inflation numbers. New Zealand, South Korea and Australia have been relatively hawkish. Meanwhile, the People's Bank of China has been easing monetary conditions and supporting credit growth. Likewise, the central banks of Japan, Taiwan, Indonesia and Thailand have not raised rates. According to Gruenwald, policy rates will keep rising. This should continue until central bankers believe that inflation is under control and trending downward.

In the U.S., investors have expressed concern that further interest rate hikes could lead to deposit runoff and push banks to sell bonds for liquidity. However, S&P Global Market Intelligence anticipates that banks should be able to defend their deposits with higher rates or to access wholesale funding instead of selling at a loss. The hawkish monetary policy of the Federal Reserve has already pushed bank bond portfolios into negative territory and affected merger and acquisition activity. Markets remain downbeat, anticipating further interest rate rises in the short term from the Federal Reserve, Bank of England and Bank of Japan.

On a positive note, there are early signs that inflation may have peaked across the advanced economies, although it continues to be a factor in some places. Lower petroleum prices have helped. Investors will be hoping that inflation and interest rates stabilize in 2023.

Today is Tuesday, September 20, 2022, and here is today’s essential intelligence. 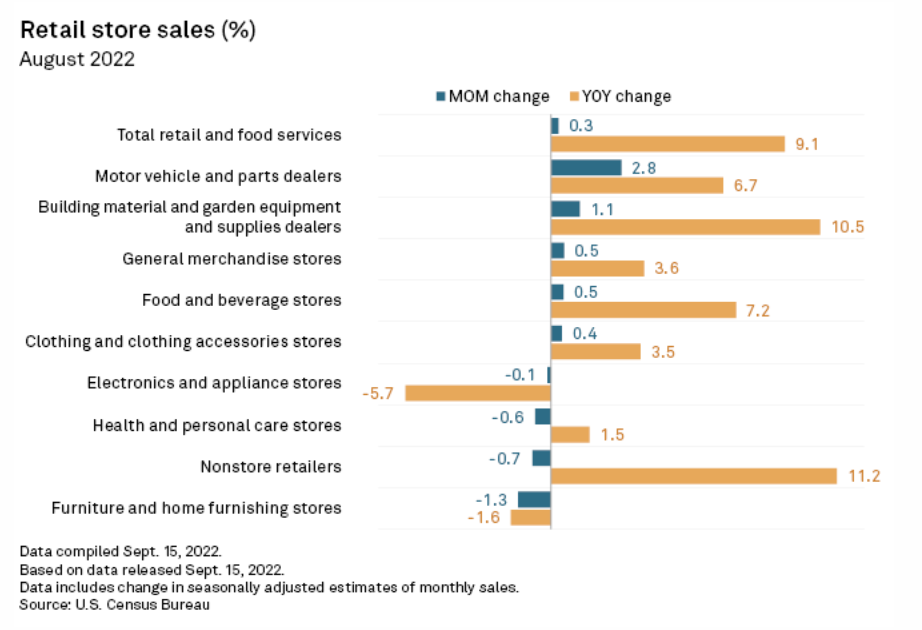 U.S. retail sales in August rose beyond expectations as shoppers showed resilience in the face of high inflation. Retail and food services rose 0.3% month over month in August, according to U.S. Census Bureau data released Sept. 15. Economists expected the figure to be flat, according to the consensus estimate compiled by Econoday. 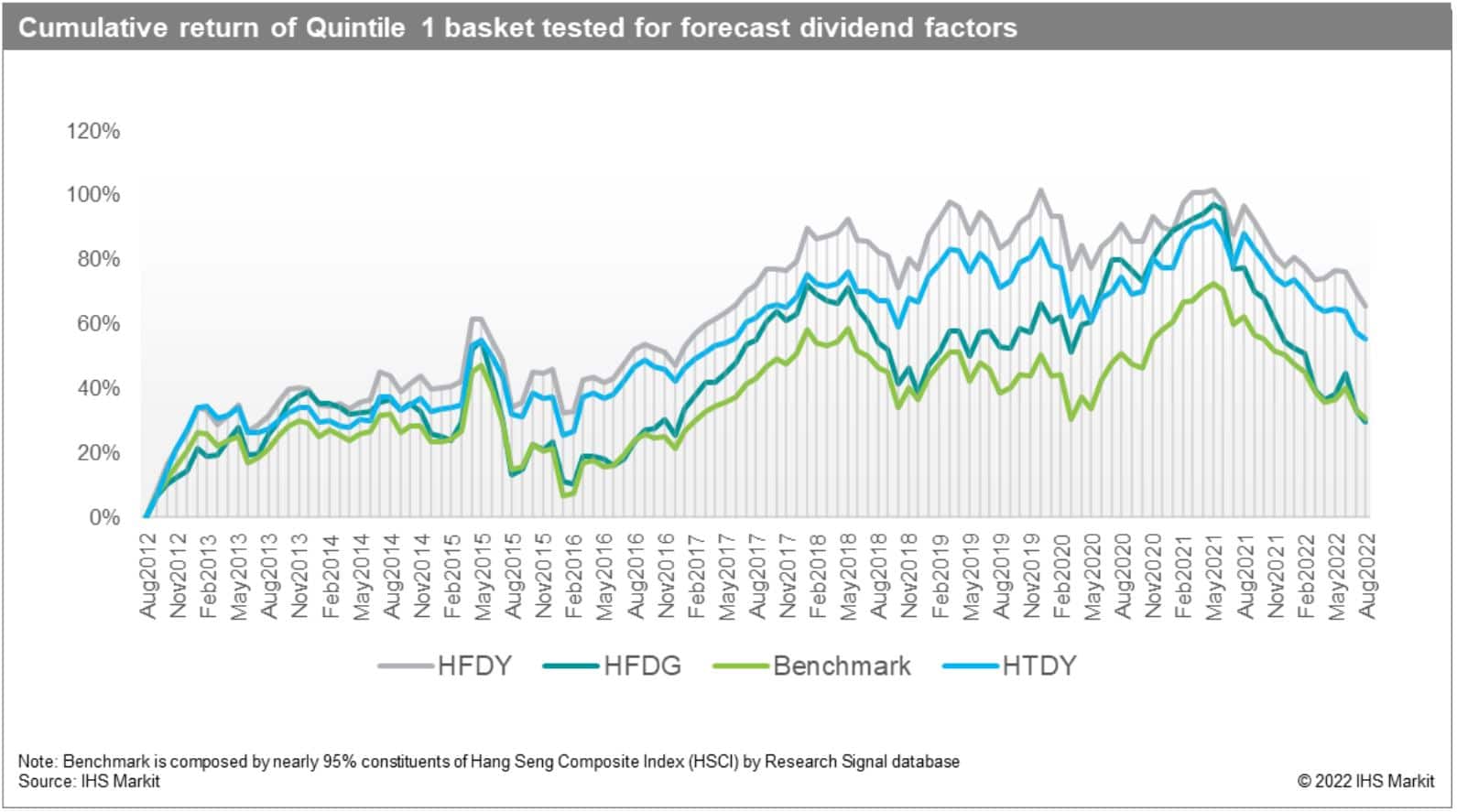 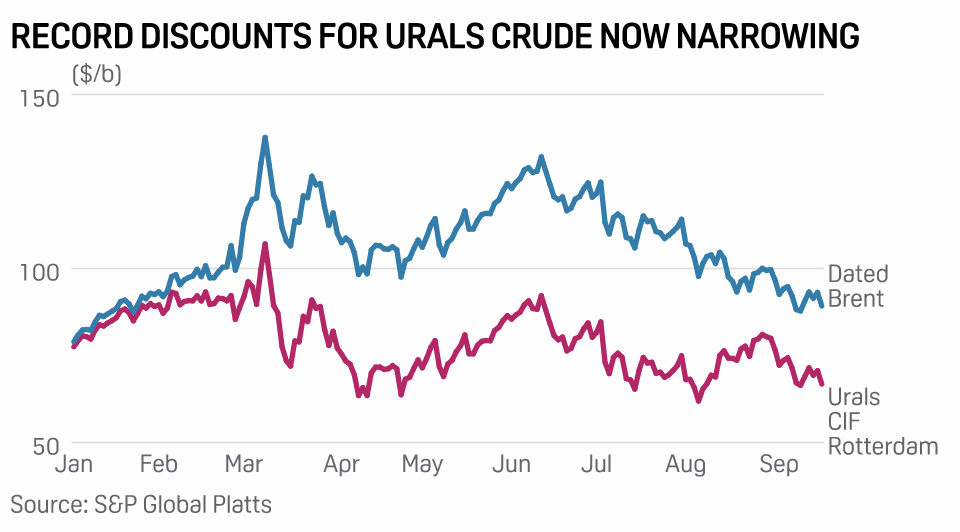 Russia's seaborne oil exports fell 6% to a new post-Ukraine war low in the first half of September as Moscow's crude flows to the EU start to ebb ahead of looming sanctions and a surge of buying by Indian refiners appears to slow, according to tanker tracking data. Shipped exports of Russian crude fell by 314,000 b/d compared to August levels to average 3.03 million b/d over Sept. 1-15, the first time they have dropped below pre-war levels and the lowest since September 2021, preliminary data from vessel analytics provider Kpler shows.

Green hydrogen-fueled power plants could become "economic for the first time," thanks to the layering of hydrogen and renewable energy tax credits authorized by the Inflation Reduction Act, according to a Sept. 16 report. The ICF International Inc. report analyzed five technologies, all forecast to see double-digit percentage declines in their levelized cost of energy, or average electricity generation costs over a facility's lifetime.

Listen: Texas Wants To Be A Leader In CCUS, But There's An Ownership Question To Resolve First

Texas is one of the largest emitting states in the U.S. and stands to become ground zero of the carbon management industry. But unlike other states, Texas law provides no clarity on ownership rights of pore space — the empty underground cavities where companies can pump and permanently store captured CO2. While surface rights and mineral rights are crystal clear, Texas hasn't defined who owns those underground pore spaces. Carbon Neutral Coalition Executive Director John Colyandro joined S&P Global reporter Brandon Mulder on the podcast to share his insights on the issues surrounding pore space ownership, how it could be holding back the industry and ways it could be resolved in the upcoming legislative session.

In this episode of MediaTalk, S&P Global Market Intelligence tech reporter Anser Haider and Kagan analyst Neil Barbour discuss how gaming companies are grappling with a range of hurdles, including ongoing hardware component shortages, disruptions to game development cycles caused by the pandemic and an increasingly hostile regulatory landscape.

—Listen and subscribe to MediaTalk, a podcast from S&P Global Market Intelligence