On the Road to Recession — Are We There Yet?

The most predicted recession in U.S. history is taking its time to arrive. Economic indicators such as stubborn inflation, rising interest rates and declining consumer confidence look bad, while low unemployment, rising wages and increasing exports look good. We are assured the recession is coming, with some economists giving it a 100% likelihood, but we appear to occupy the calm before the storm.

Persistent inflation is driving the anticipated recession. If inflation remains high, the Federal Reserve will continue to push interest rate hikes. However, it is easy for central banks to oversteer on interest rates. With additional hikes, the chances of a so-called hard landing into recession increase. Some economists believe that the Fed will use a recession to signal that interest rate increases have done their job, and that the central bank won’t reverse course until the economy is in recession. This means that low unemployment and higher wages, while objectively good for U.S. residents, will prompt the Fed to move more aggressively to cool off an overheated economy.

Rent cost increases, which are felt strongly by average consumers, have remained significantly above pre-pandemic levels. However, a softening of average rents and home sales may indicate housing costs are returning to more manageable levels. Analysts at S&P Global Ratings continue to believe that U.S. homes are overvalued — by approximately 20% at the national level, based on a 20-year trend — but the increase in interest rates is being felt in the market as mortgages become more expensive.

September saw unemployment hit 3.5%, matching its low for this cycle, as well as an increase in hours worked. This indicates continued strength in labor demand and tight labor markets, and it has led to public unanimity on the need for future interest rate hikes from the governors of the regional Fed offices. As a result, the Economics & Country Risk team anticipates that the upper end of the target range of interest rates will reach 4.75% by December or early next year.

Gross domestic product growth in the third quarter remained healthy at an estimated 2.4%, based upon large increases in net exports. But retail and food sales in September were mostly flat, according to data compiled by S&P Global Market Intelligence. Sales were negative month over month for larger-ticket items such as motor vehicles, furniture and appliances.

So, when will the recession begin? S&P Global Market Intelligence forecasts a mild recession in the fourth quarter of this year, sparked by further Fed tightening. This may mean the recession has already started, but we won’t know that for a few months yet.

Today is Friday, October 21, 2022, and here is today’s essential intelligence. 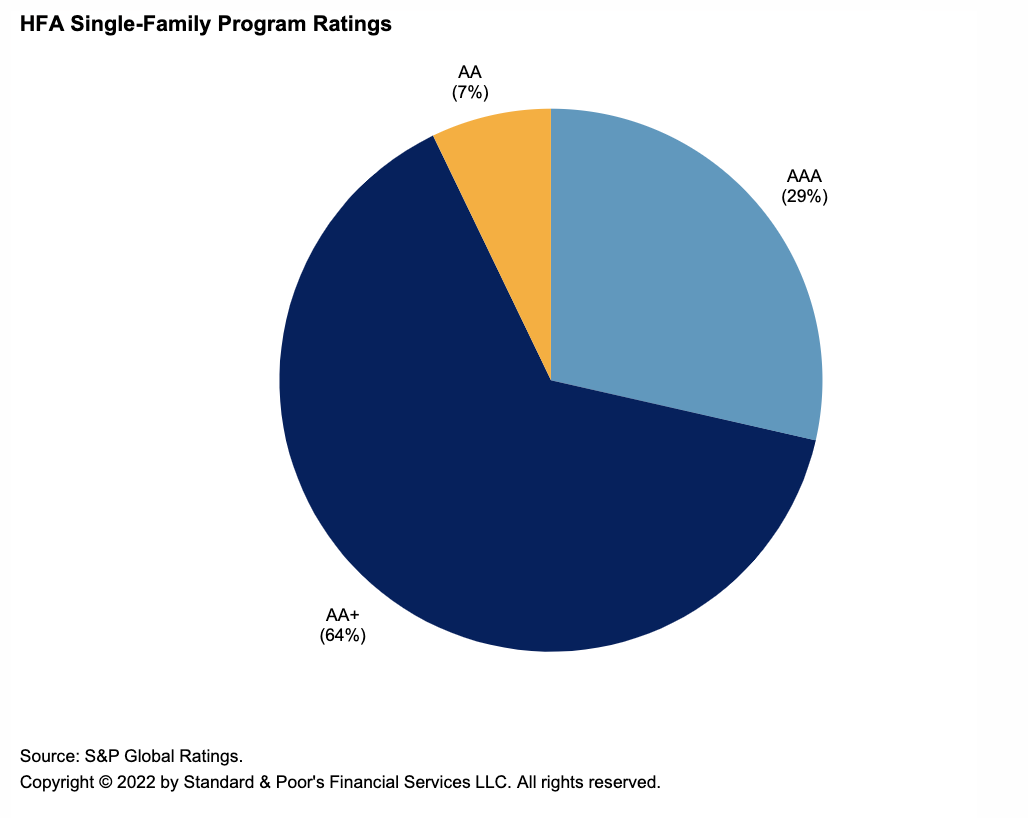 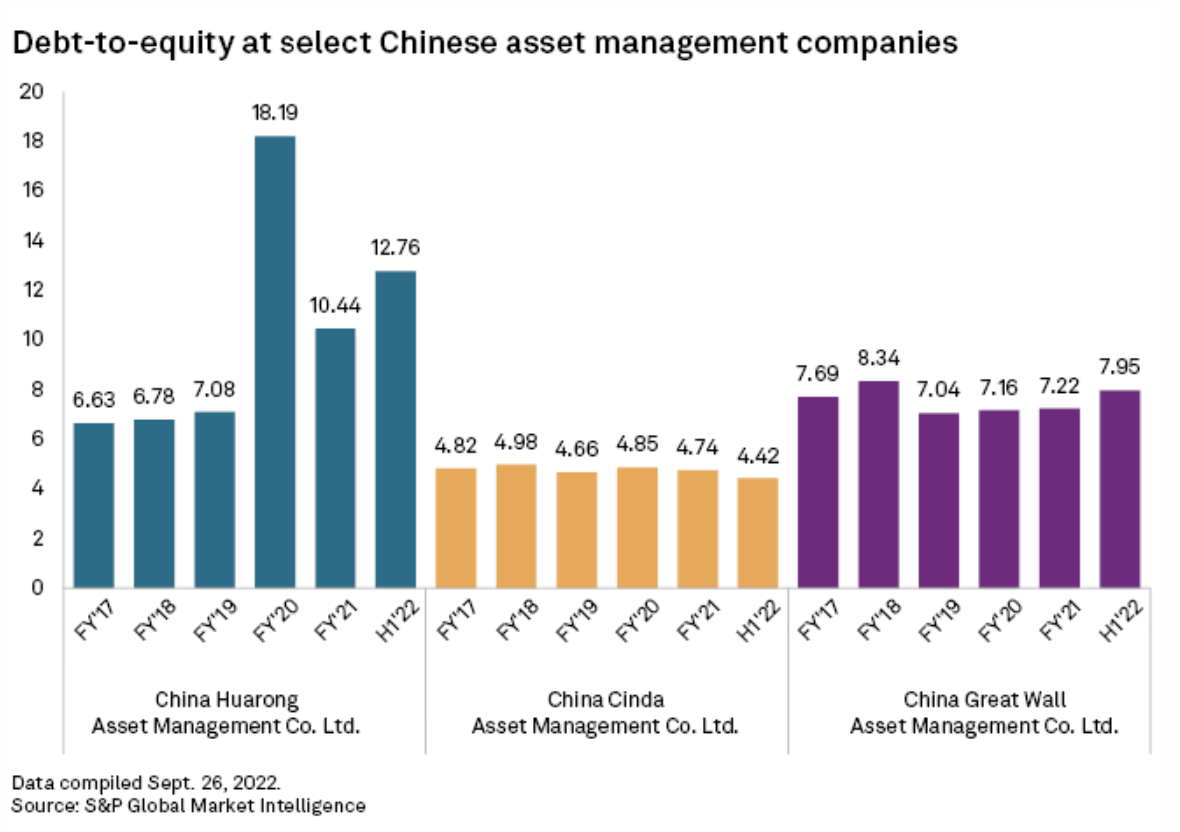 China’s distressed debt managers face rising liquidity risks and dwindling funding options as the authorities turn to them to rescue beleaguered property developers. The government has asked the country’s four state-owned bad debt managers to take on more stressed assets, especially in the property sector, according to Chinese media reports. Yet with highly leveraged balance sheets and corporate governance issues, the country's four bad debt managers, also known as asset management companies, will struggle to do so. 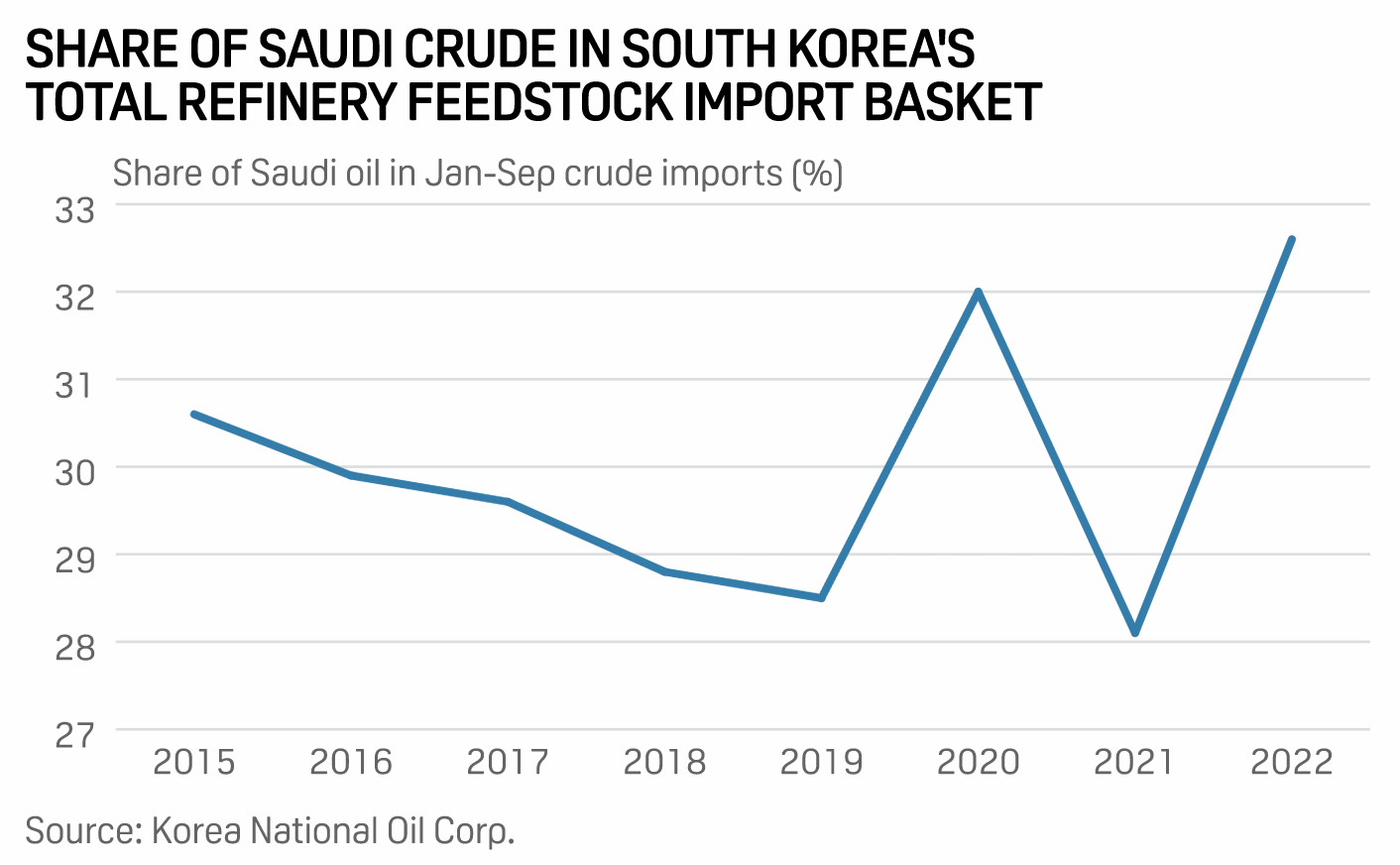 South Korea has increased its reliance on Saudi crude oil with shipments from the key OPEC country rising for the third consecutive month in September, while major local refiners plan to step up efforts to secure a steady inflow of Persian Gulf supplies on a longer-term contractual basis, industry sources said over Oct. 18-20, based on the latest customs data. 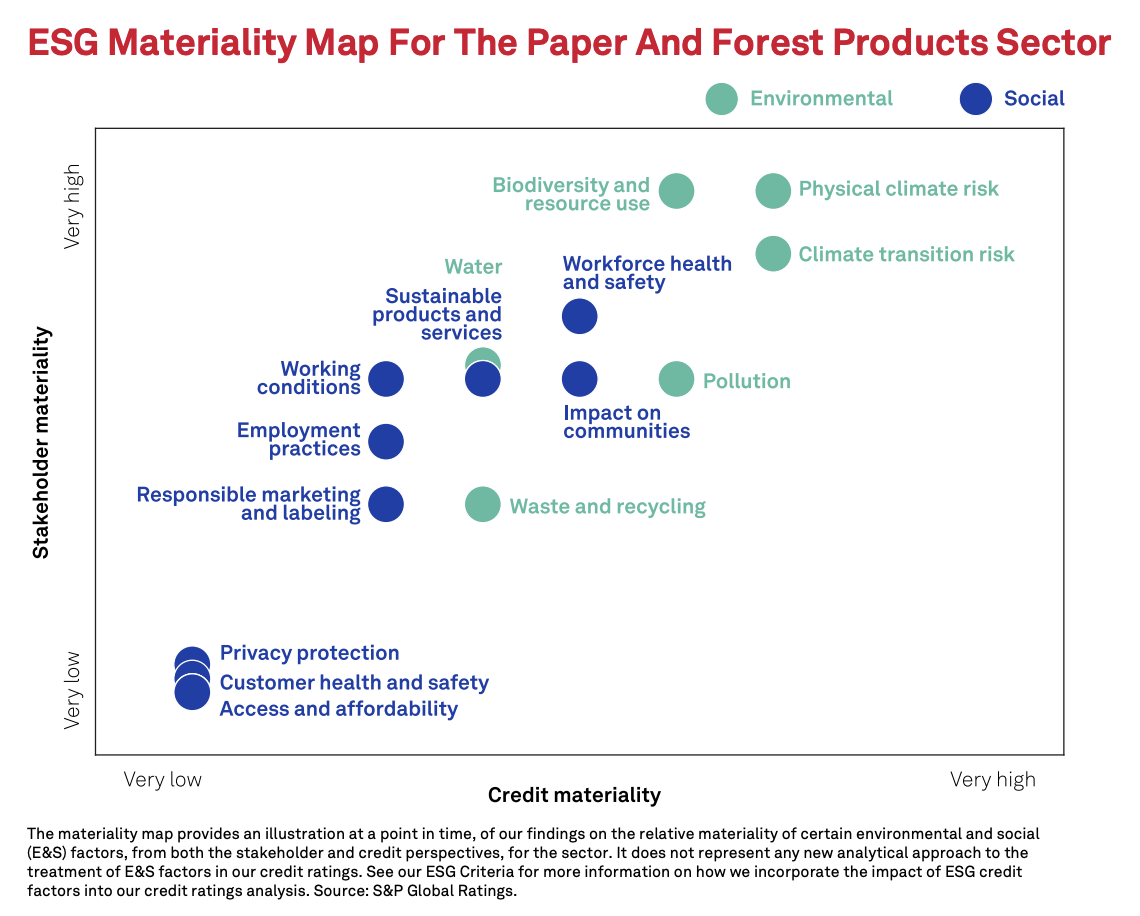 Environmental issues, particularly climate-related risks, are the most material for both stakeholders and credit. This is due to higher potential for destruction of physical assets. S&P Global Ratings believes the systemic impact associated with deforestation could be significant and reforestation and afforestation could be critical in combating climate change. 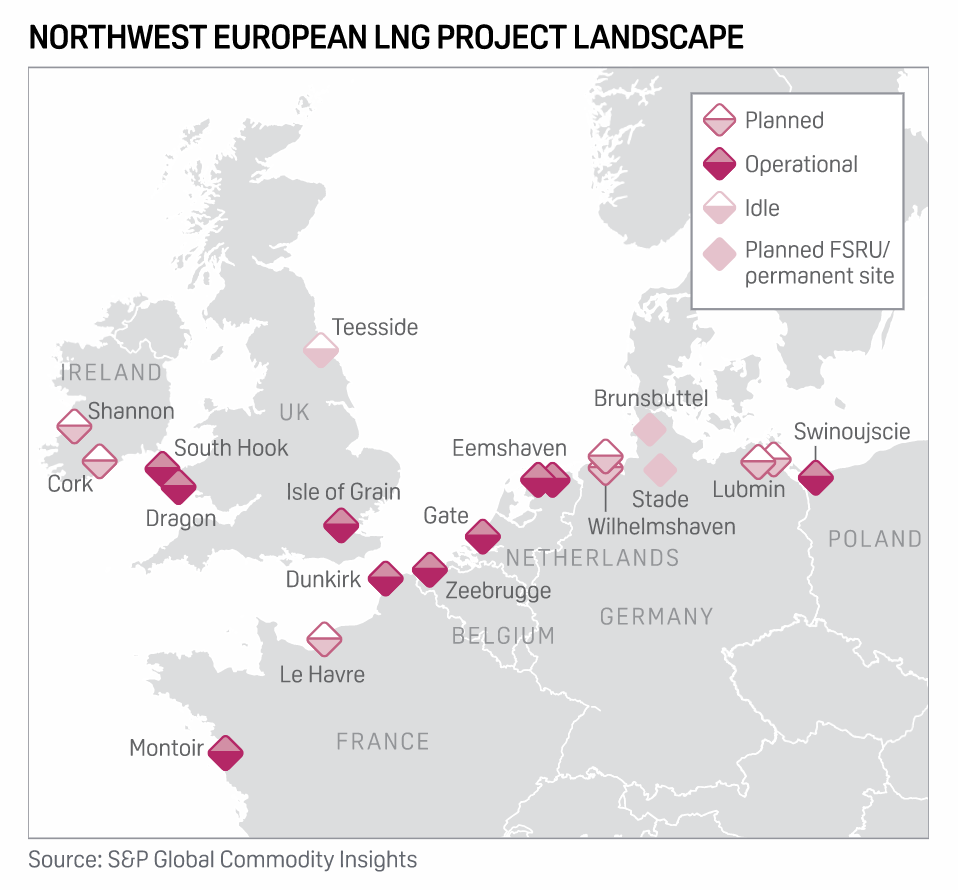 Germany is currently in a "comfortable" position regarding its gas supply security, but demand reduction efforts are still needed to ensure there are no gas shortages this winter, the regulator Bundesnetzagentur said Oct. 20. The regulator presented four scenarios for the upcoming winter, which differ depending on the level of imports and winter weather-related demand projections in Germany and its neighbors. 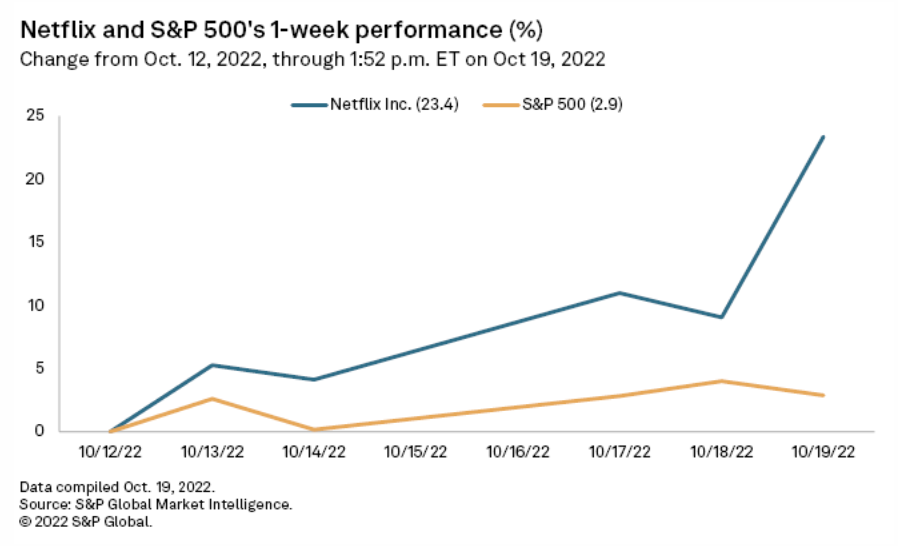 Investors are again taking bullish bets on Netflix Inc., but analysts continue to urge caution for a company at the center of an unprecedented transition. On Oct. 18, Netflix reported a third-quarter earnings beat, including 2.4 million paid net membership additions over guidance of 1.0 million. The company also excited its investor base with commentary around a low-cost, ad-based tier coming in November, as well as new details about a password-sharing crackdown that will take effect in 2023.