In the latest geopolitical shock to global markets, Boris Johnson announced today that he will relinquish his role as leader of the Conservative Party and step down as U.K. prime minister following the resignations of dozens of cabinet ministers in the past 24 hours.

Under Mr. Johnson’s leadership as prime minister since 2019, the U.K. delivered its exit from the European Union, saw a rapid COVID vaccination rollout, and supported Ukraine through the Russian invasion. Mr. Johnson announced his intention to stay on as prime minister until a new leader is decided following a special election, the timing of which will be announced next week. But his resignation comes as the U.K. suffers high levels of inflation, rising recession risk, and a looming energy security crisis.

“It is clearly now the will of the parliamentary Conservative party that there should be a new leader for the Conservative party and therefore a new prime minister,” Mr. Johnson said in a speech in front of No. 10 Downing Street today. “In the last few days, I've tried to persuade my colleagues that it would be eccentric to change governments when we're delivering so much and when we have such a vast mandate and when we're actually only a handful of points behind in the polls, even in midterm after quite a few months of pretty relentless sledging and when the economic scene is so difficult domestically and internationally.”

“But as we've seen at Westminster, the herd instinct is powerful and when the herd moves, it moves,” Mr. Johnson added.

The U.K.’s economic outlook has notably worsened—with Purchasing Managers’ Index survey data from June survey indicating that “the economy is starting to look like it is running on empty,” business confidence at a level which has historically indicated an imminent recession, and other forward-looking indicators signaling that growth is likely to deteriorate in the coming months, according to S&P Global Market Intelligence.

S&P Global Ratings expects inflation in the U.K. to surpass 10% this year, depressing purchasing power and contributing to a technical recession in the third or fourth quarter and weakening growth into 2023. As such, S&P Global Ratings now expects U.K. GDP growth of 3.2% for this year, 1% in 2023, and 1.7% and 2% in 2024 and 2025, respectively.

The Bank of England warned this week that the economic outlook for the U.K. has "deteriorated materially" amid the rapid rise in inflation. Last month, the Bank of England introduced its fifth consecutive rate hike, bringing the policy rate to 1.25%. As the U.K. central bank is likely to continue raising interest rates by 25 basis points each quarter until the policy rate reaches 2% early next year, higher funding costs may exacerbate the downward macroeconomic pressures by weakening investment and reducing household wealth, according to S&P Global Ratings.

“Whoever becomes the U.K.'s next prime minister will have a big ‘to do’ list from the moment they enter Downing Street. A full-blown cost of living crisis, looming economic recession, and preventing war on the borders of Europe spreading will be top of their agenda. For Prime Minister Boris Johnson's eventual replacement, energy security is the solution for all three problems,” Andrew Critchlow, head of EMEA news for S&P Global Commodity Insights, said in an analysis today. “However, Johnson plans to remain a caretaker prime minister until the autumn, leading what will effectively be a ‘zombie’ government unable to pass vital legislation ahead of winter. By the time a successor is selected, it will probably be too late to avoid the U.K. heading into a winter energy crisis with household energy bills spiraling further out of control.”

Today is Thursday, July 7, 2022, and here is today’s essential intelligence. 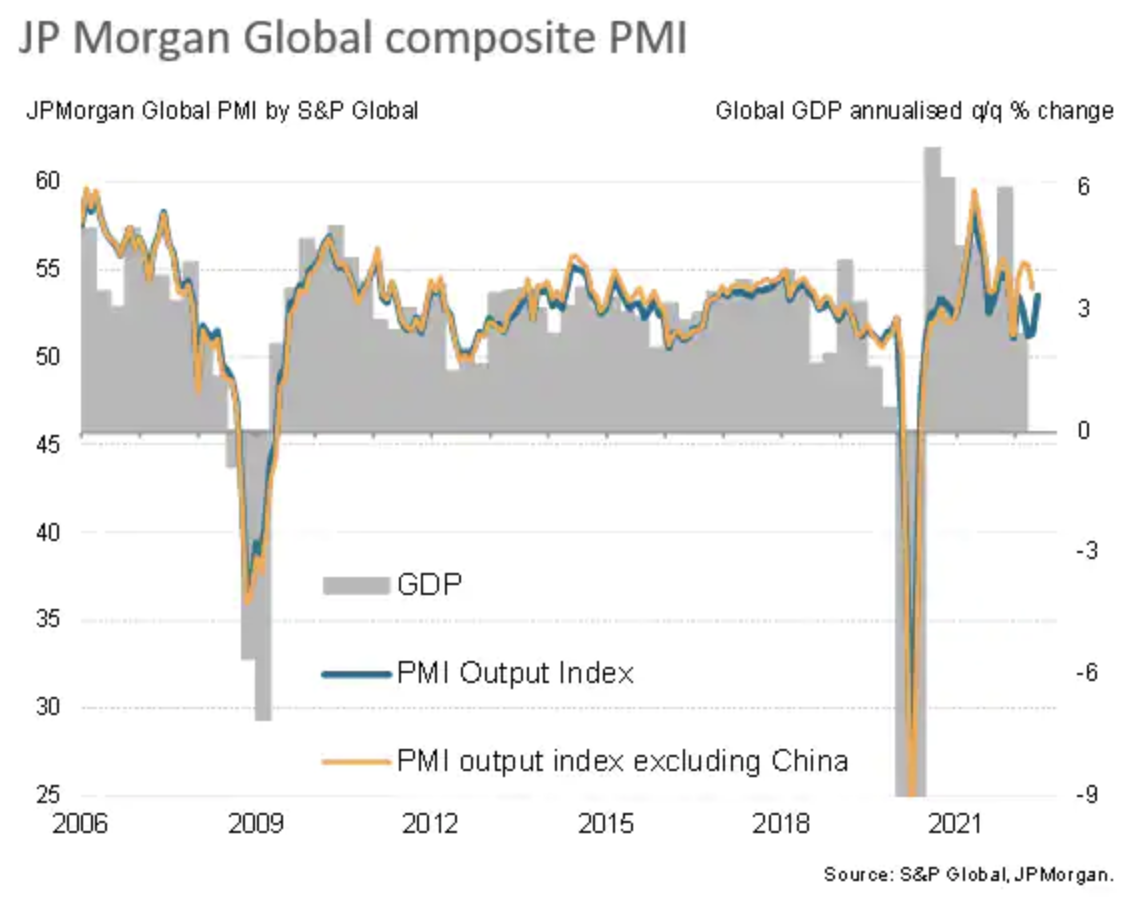 Global economic growth accelerated in June thanks primarily to rebounding business activity in mainland China after lockdowns related to the Omicron wave were eased. However, trends elsewhere were mixed: other major emerging markets reported further solid or reviving growth but developed world output growth slowed to the second weakest since January 2021 led by worsening performances in the U.S. and eurozone. June consequently saw the strongest outperformance of the emerging markets relative to the developed world for a decade. 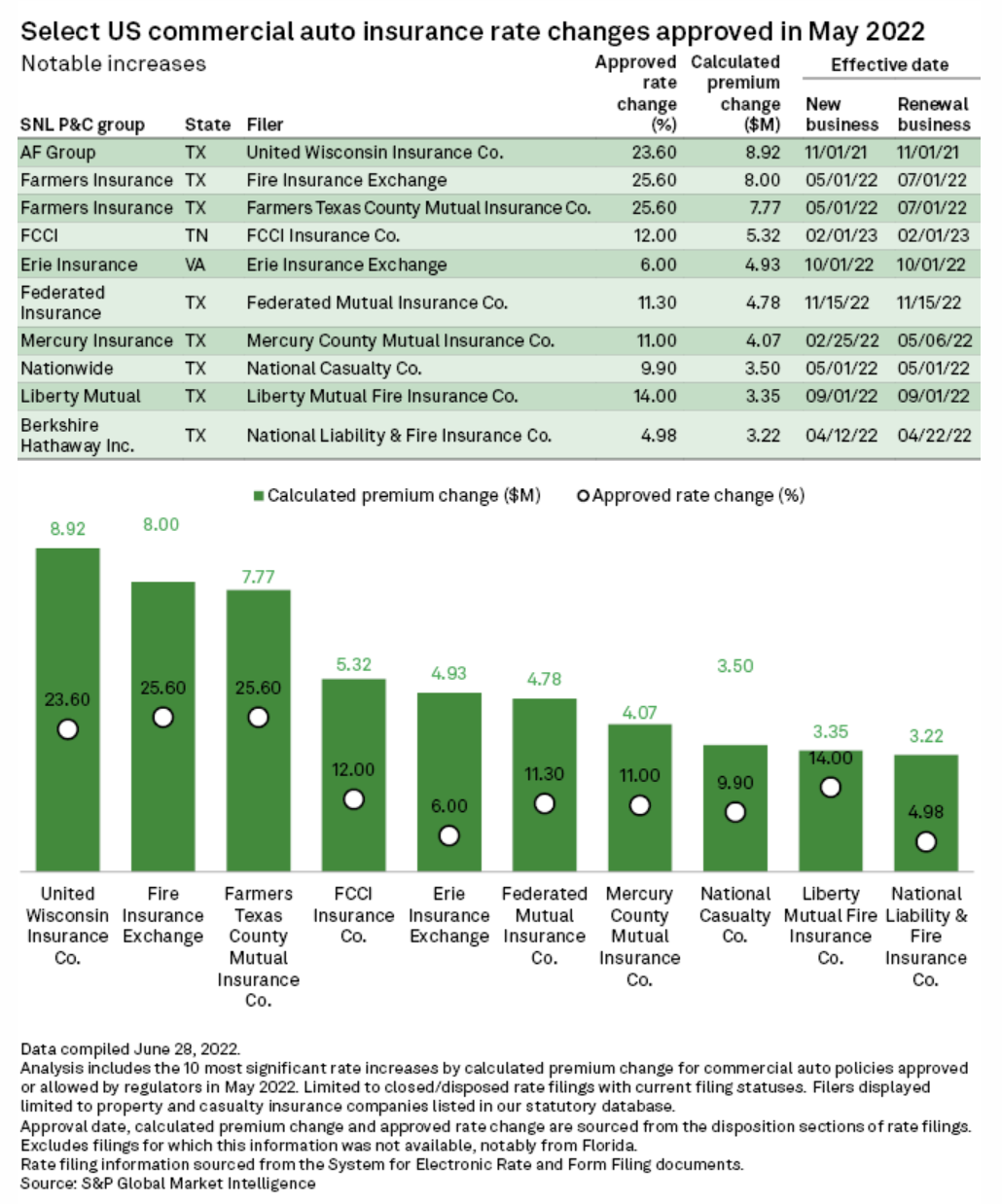 Farmers Insurance Group of Cos. could see the largest aggregate increase in commercial auto premiums from rate hikes in May, according to an S&P Global Market Intelligence analysis. The third-largest insurer in the commercial auto sector, as of the end of the first quarter, got approval for 13 rate increases in May, which could boost the group's total premiums by $20.9 million.

Mainland Chinese medium- and heavy-duty trucks have entered a bear market since mid-2021. Although the market staged a slight recovery following the easing of power shortages and injection of policy stimulus from late last year, unexpected headwinds brought by the Russia-Ukraine crisis and domestic Omicron outbreak plunged the market back into weakness in the second quarter of 2022. 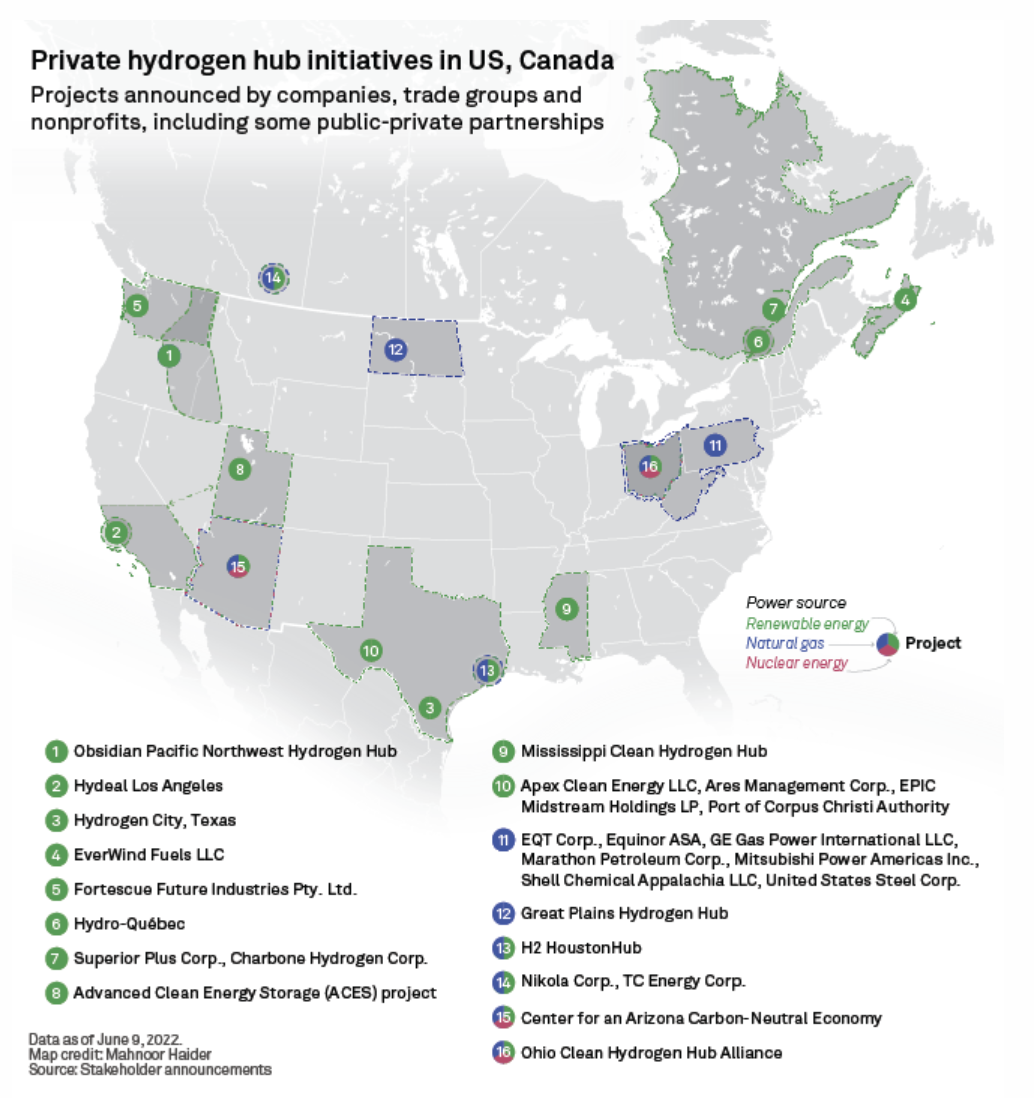 The U.S. government's multibillion-dollar effort to spur a national hydrogen economy has prompted developers to step forward with at least two dozen public- and private-sector hydrogen hub initiatives to date. Before federal funding was available, Obsidian Renewables LLC had already started planning for its Obsidian Pacific Northwest Hydrogen Hub anchored by a green hydrogen production facility in Hermiston, Ore., powered by "behind-the-meter" wind and solar. Now the Oregon-headquartered renewable energy developer hopes to join forces with proponents of other hydrogen projects to pitch a Pacific Northwest hub to the U.S. Energy Department. 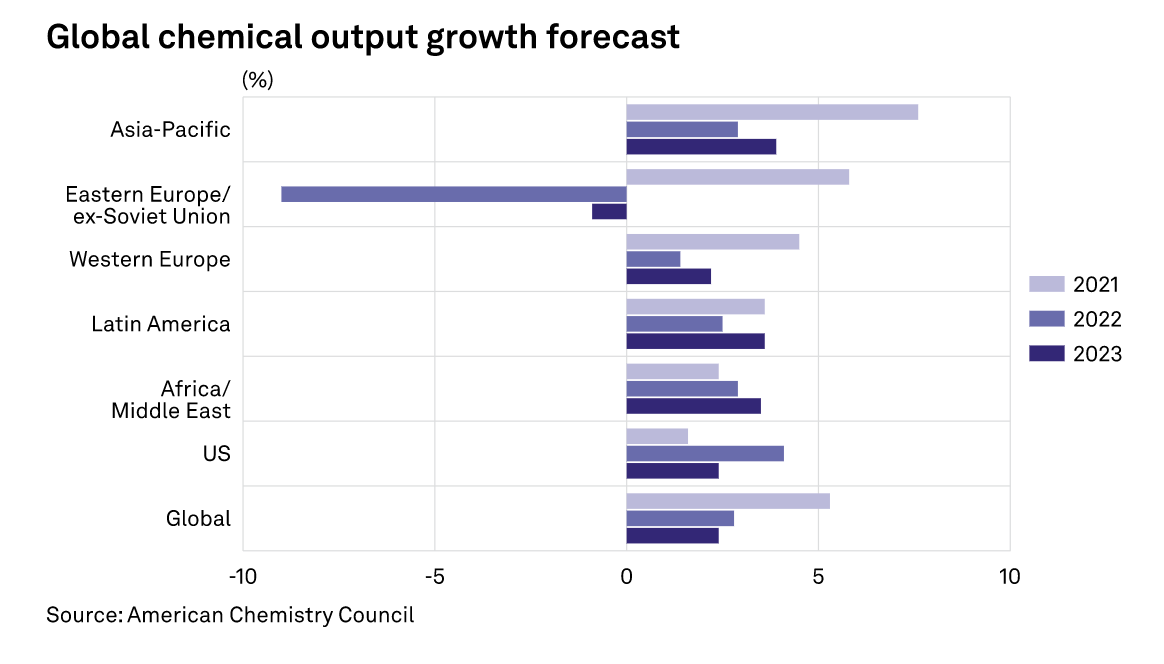 Global petrochemical companies are expected to continue facing challenges in the second half of 2022 from the Russia-Ukraine war, but the overall impact from the COVID-19 pandemic appears to be fading gradually outside of Asia.

Android Automotive Is Taking Over, But What About Google Automotive Services? 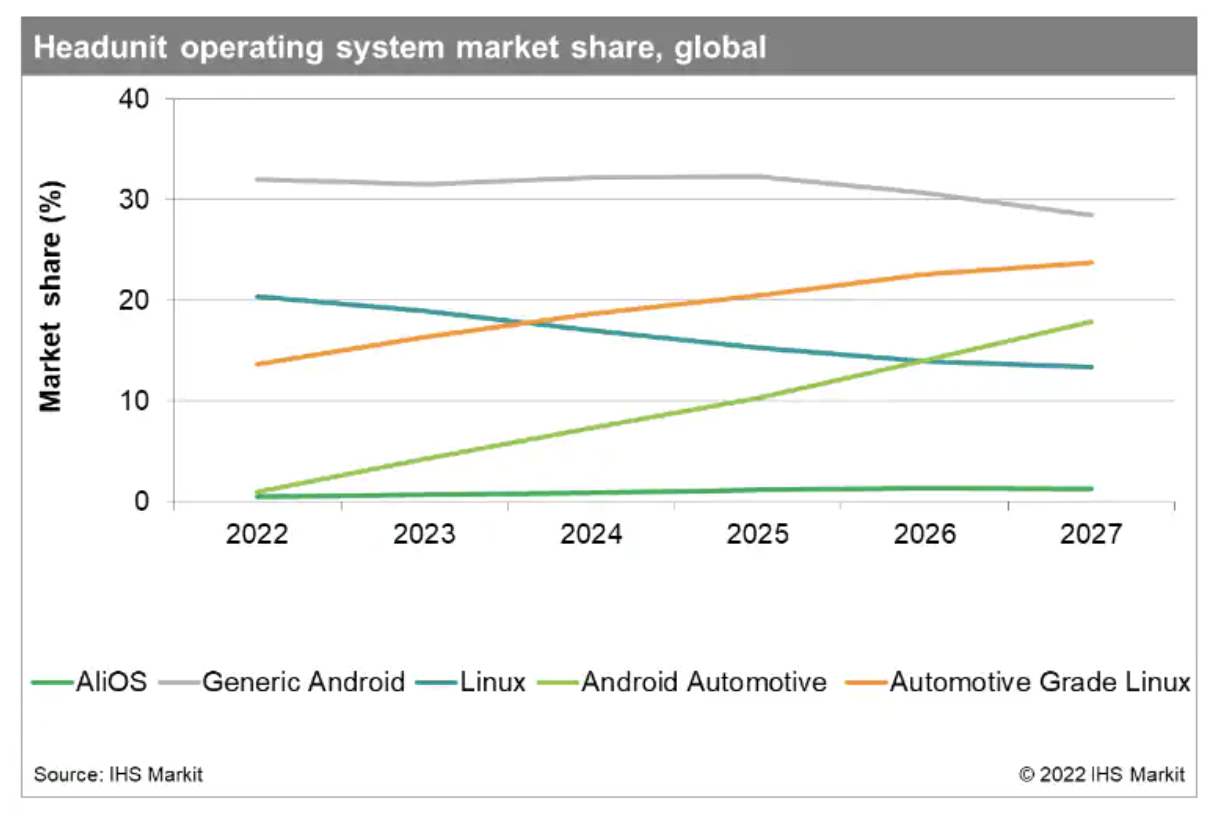 With the Android Automotive Operating System, Google is set to make the sharpest rise in the infotainment system space in the next five years. From its introduction in 2017 until now, the operating system has already been integrated in 13 vehicle models with many more to follow. The standout feature is Google Automotive Services.