The U.S. government’s multibillion-dollar bipartisan infrastructure bill has thrust blue hydrogen into the spotlight. But with $8 billion earmarked for developing four regional hydrogen hubs in the U.S., critics are asking if blue hydrogen is “clean enough” for the energy transition. In a series of articles for S&P Global Market Intelligence, energy reporter Siri Hedreen has been looking at the role blue hydrogen will play in the country’s market.

To secure bipartisan support, the U.S. infrastructure law requires the Department of Energy to fund at least one green, one pink and one blue hydrogen hub. The current administration has made funding pledges to both blue and green hydrogen. Because of the importance of hydrogen development for its energy goals, it has maintained a technology-neutral position in funding hydrogen development, focusing on carbon output rather than feedstock.

According to S&P Global Market Intelligence, one of the challenges for blue hydrogen is that its  production process has been developed in a lab environment, not on an industrial scale.

"It's not a new technology, but it's never been deployed at the scale that we're talking about, so there's a technological risk," said Mike Hopkins, CEO of hydrogen hub developer Bakken Energy LLC, which has been partnering to develop a blue hydrogen hub in North Dakota. "I think any engineer would tell you it's a small risk. And that's the view of our shareholders, our financiers."

The other challenge is that natural gas, the feedstock for the blue hydrogen process, has increased in price significantly since the Russian invasion of Ukraine. Some market participants believe that this price increase, along with residual carbon and methane pollution from the extraction of natural gas, will make blue hydrogen production facilities “stranded assets” under the energy transition.

Despite these challenges, many countries are pursuing blue hydrogen production. Japan is partnering with the United Arab Emirates on a project to import blue hydrogen in the form of methylcyclohexane, while South Korea is planning to build a blue hydrogen plant that will use methane gas produced at the country's naphtha-fed steam cracker.

Despite questions around blue hydrogen’s practicality and sustainability, market participants are seeing significant demand—a demand that, to this point, greatly exceeds supply.

Today is Thursday, August 4, 2022, and here is today’s essential intelligence. 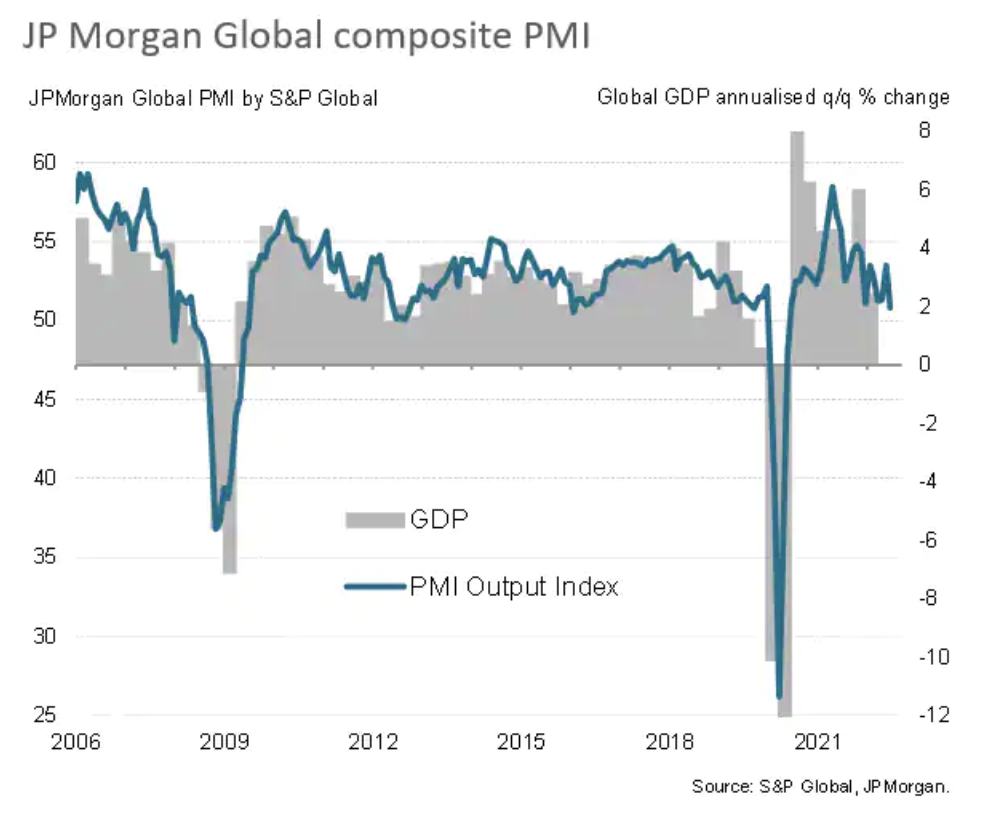 Global economic growth slowed to a crawl in July, according to the latest PMI survey data, led by the developed world falling into contraction for the first time in two years. Both the U.S. and eurozone reported renewed falls in output and the pace of expansion slowed in the U.K. and Japan, though growth in the major emerging markets generally remained resilient. Worldwide manufacturing output growth stalled and the recent surge in service sector activity lost significant momentum.

Large banks' second-quarter results likely helped downplay recessionary fears, but many investors will remain on the sidelines until it is clear that a severe recession is not on the horizon, according to Gerard Cassidy. In the episode, Cassidy, managing director and head of U.S. Bank Equity Strategy at RBC Capital Markets, discussed banks' second-quarter results, how institutions' deposit bases are reacting to rate hikes by the Federal Reserve, and what results suggest about the health of the U.S. economy. 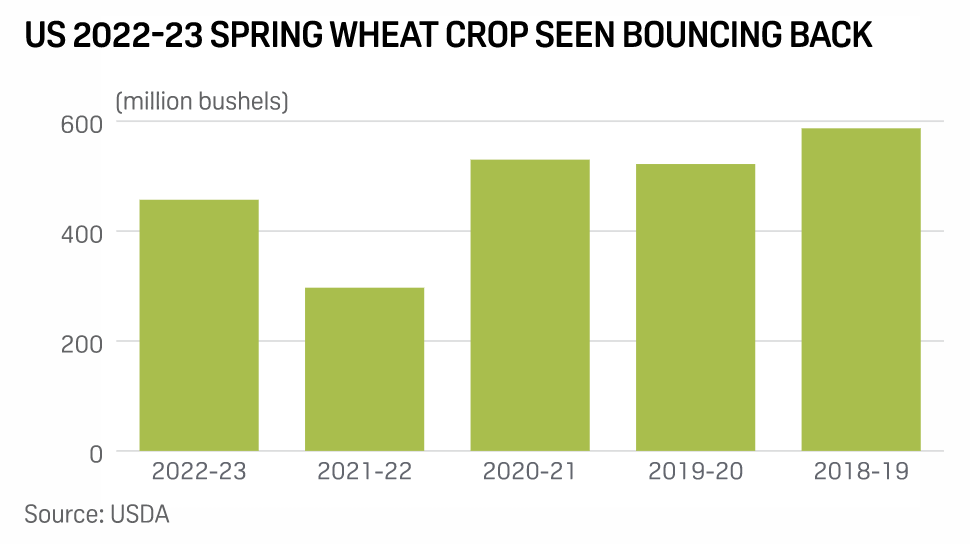 The planting progress of spring wheat in the U.S. has surprised markets with expectations of a bumper output on the back of a jump in yields. The development, similar to China's, comes at a time when global wheat markets are witnessing low supplies. The U.S. plays a pivotal role in global wheat supplies as the world's fourth largest producer, exporting 11% of the global wheat trade, according to the Department of Agriculture.

Listen: Beyond The Buzz — Storm Clouds Or Clear Skies Ahead

In this episode, host Mike Ferguson is joined by S&P Global Ratings analyst Nora Wittstruck, Senior Director and ESG Sector Leader of U.S. Public Finance. They discuss Nora’s latest commentary on the impact on U.S. local government credit ratings from property and casualty insurance premiums, which are skyrocketing due to physical climate risks. 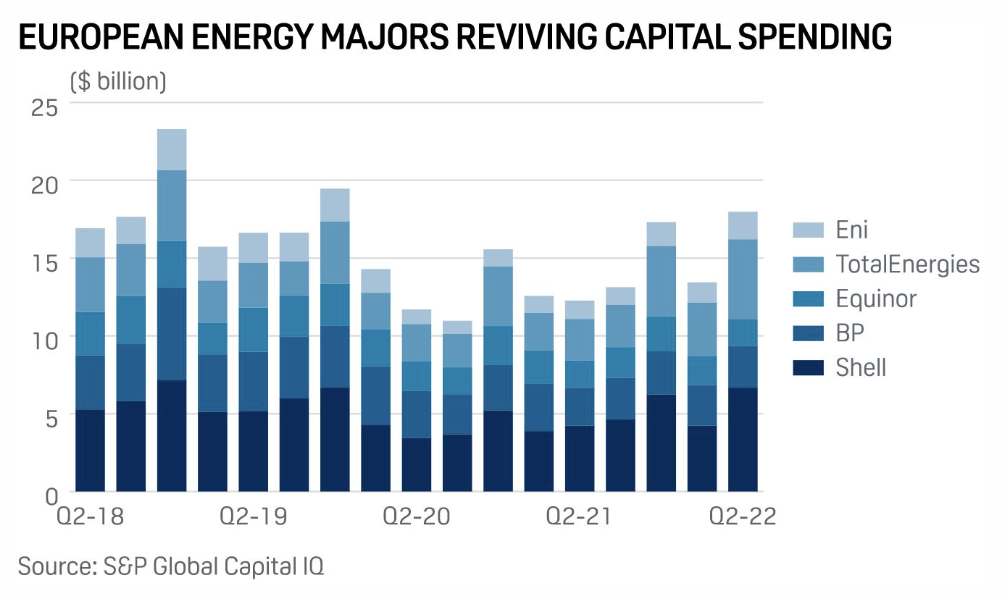 Europe's embattled energy majors are warming up to increased investment in oil and gas amid intense regional energy security concerns, dwindling production metrics, triple digit oil prices, and soaring profits. Reporting another set of bumper quarterly earnings on the back of record prices and refining margins, energy majors are being called on to both accelerate their shift to clean energy while reinvigorate spending on oil and gas to help plug a hole left by sanctioned flows from Russia. 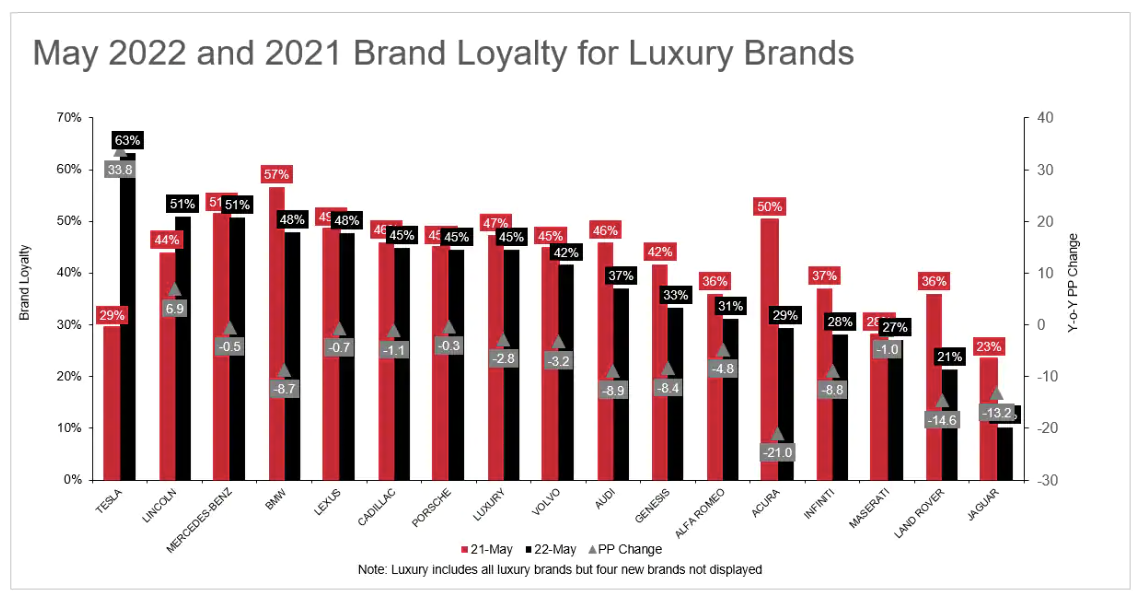 Tesla's May 2022 brand loyalty of 63% is exceptional when viewed from just about any perspective: it is more than double its May 2021 loyalty of 29.4%; it is the highest brand loyalty not only of any luxury brand but of any brand industry-wide in May; it is 12.3 PP above luxury runner-up Lincoln; it is one of only two positive year-over-year results among the 20 luxury brands (with Lincoln); it is the ninth consecutive monthly Tesla loyalty greater than 60%; finally, it is the only brand to break the 60% threshold in brand loyalty in the inventory shortage-impacted 2021 or May CYTD 2022 time periods.