A recession is popularly defined as a period in which there are at least two consecutive quarters of negative growth. In the U.S., the first and second quarters of 2022 experienced negative real gross domestic product growth, by 1.6% and 0.9%, respectively. So, we’re in a recession, right? Unfortunately, it isn’t that simple.

In the U.S., recessions are determined by the Business Cycle Dating Committee of the National Bureau of Economic Research. This group, which takes several months to render a decision, uses many economic indicators. Real GDP plays a role, as does industrial production data, employment, hours worked and real personal incomes. It looks like all those numbers grew over the first half of 2022.

Gross domestic income, or GDI, which is payments to domestic labor and capital, also grew in the first quarter of 2022. This is a bit of a conundrum, given the GDP numbers.

“Since one person's spending is another's income, in principle the two measures (GDP and GDI) are the same,” wrote Joel Prakken, U.S. chief economist for the Economy & Country Risk team at S&P Global Market Intelligence. “However, because they are based on different data sources, GDP and GDI can — and sometimes do — differ by enough to give conflicting reads on the economy's direction.”

On Aug. 25, the Bureau of Economic Analysis will release its GDI estimate for the second quarter. We’ll see whether the apparent divergence continues.

Clearly, the U.S. and global economies are having issues: Inflation is high, particularly for energy prices; bottlenecks continue to bedevil supply chains; the pandemic persists through new variants; and GDP appears to be shrinking. Beth Ann Bovino, U.S. chief economist for S&P Global Ratings, continues to put the chance of a recession at less than 50%, although she cautions that high inflation, an aggressive Federal Reserve and uncertainty over the Russia-Ukraine conflict make projections difficult.

“We expect that the Fed raising interest rates and reducing its balance sheet will be enough to eventually begin to tame inflation and help restore real wage strength and purchasing power. The question is whether it will push the U.S. into recession as well,” wrote Bovino.

Today is Monday, August 15, 2022, and here is today’s essential intelligence. 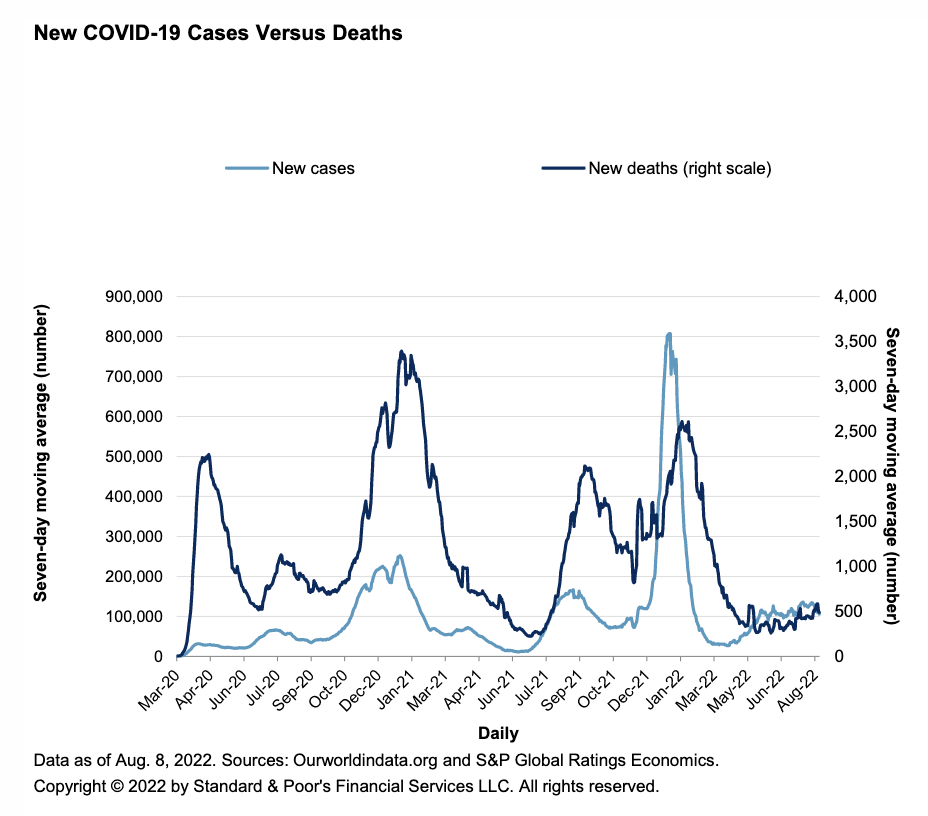 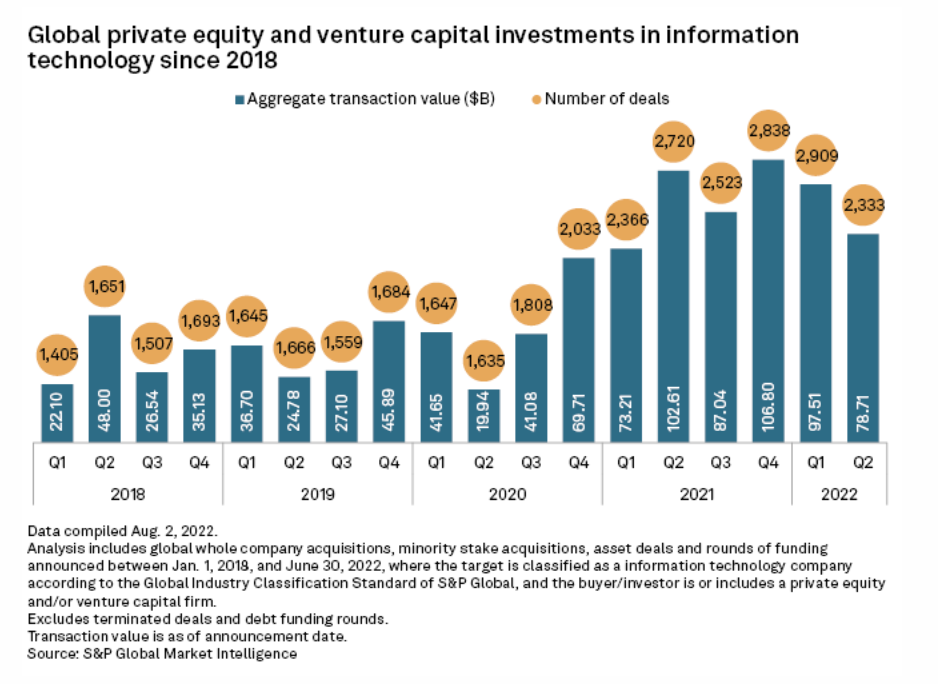 Macroeconomic turbulence slowed global private equity exit activity in the first half of the year, but it may create more attractive conditions for entries in the months ahead. TPG Inc. CEO Jon Winkelried gave his outlook on the "increasingly favorable investment environment" when the firm reported second quarter earnings Aug. 9. Exits well outpaced entries for TPG over the previous year, the CEO said, but with volatile markets taking a toll on valuations, the firm is likely to flip its focus from selling to buying.

Canadian Spot Gas Prices Feel The Pinch Of Lower Exports To The U.S. 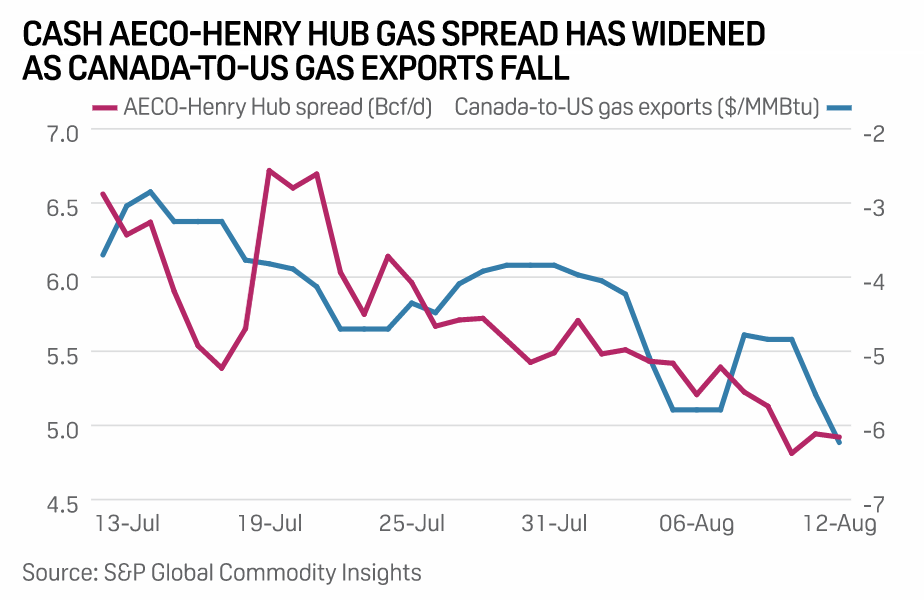 Canadian spot natural gas prices have tumbled in recent trading sessions, as pipeline capacity constraints and cooler temperatures reduce the amount of gas flowing south into the U.S. West Canada spot gas benchmark TCPL Alberta, AECO-C has lost around 40% of its value since the start of August, falling to trade around C$ 3.40/GJ Aug. 12 from C$5.675/GJ Aug. 1, pricing data from S&P Global Commodity Insights shows. AECO spot gas has seen its discount to cash Henry Hub deepen dramatically over the last 30 days, soaring to more than $6/MMBtu by mid-session of Aug. 12 trading. 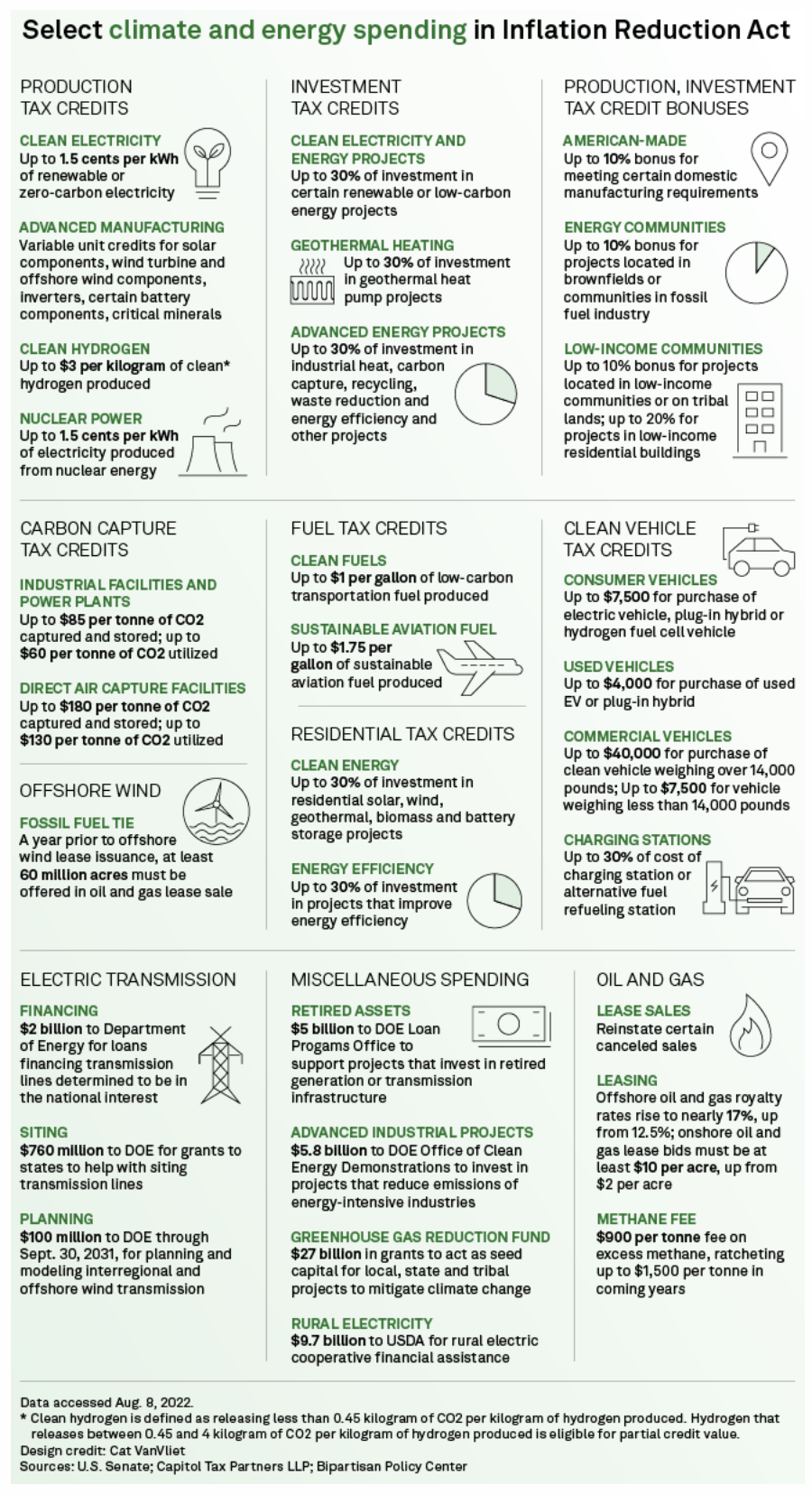 Democrats in the U.S. House of Representatives on Aug. 12 advanced the largest energy and climate package in the nation's history, teeing up a surge in domestic clean energy investment while positioning the U.S. as a leader in the fight against global warming. In a straight 220-207 party-line vote, Democrats passed the Inflation Reduction Act, a measure that includes nearly $370 billion in energy and climate spending over 10 years. 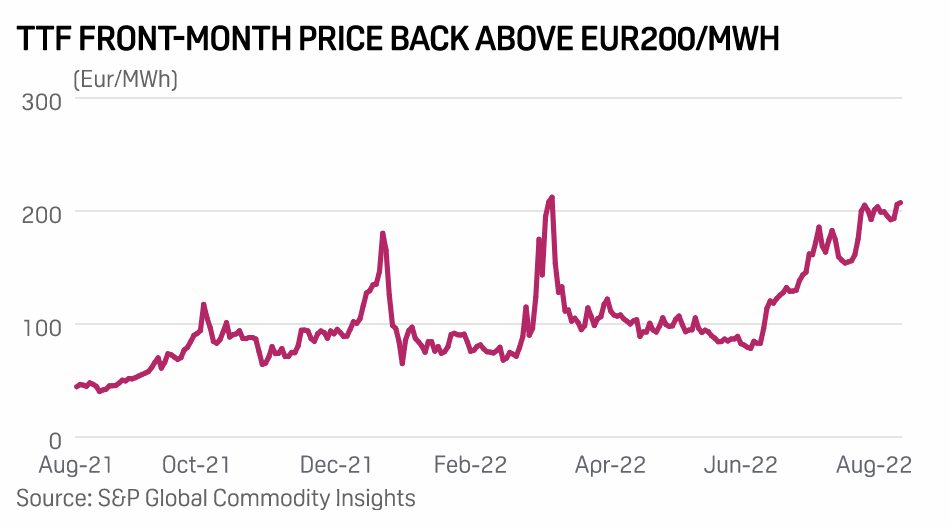 Russia has again demanded official confirmation that turbines used to flow gas in the Nord Stream pipeline to Germany would not fall foul of EU, Canadian, or U.K. sanctions. In a statement Aug. 11, the Russian embassy in Germany said that, until state-controlled Gazprom received the necessary documentation, it could not take delivery of repaired turbines from Siemens Energy or send other units for repair. 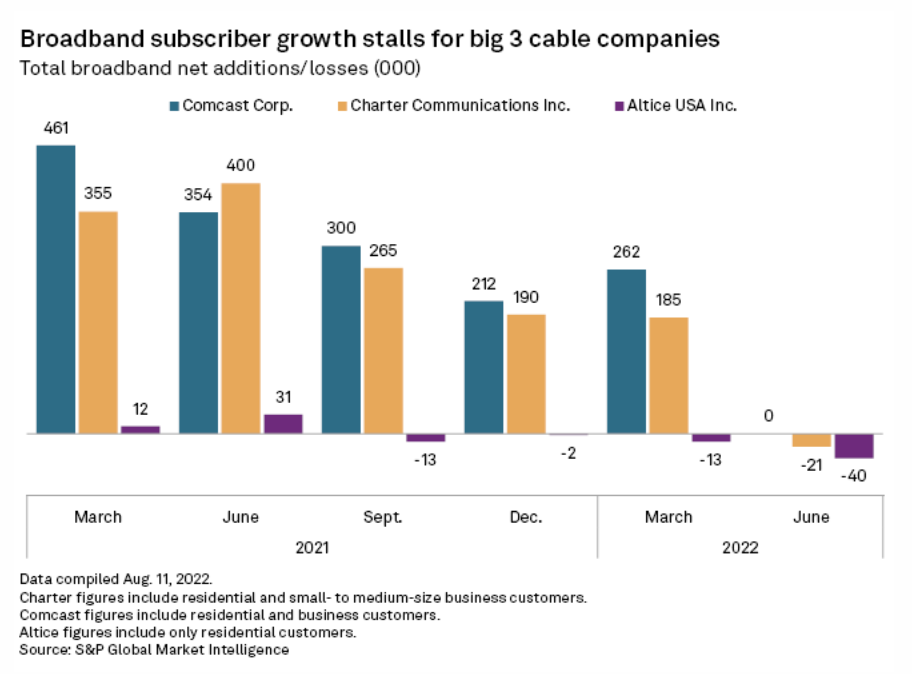 As cable broadband growth stalls this year, analysts are declaring the end of an era for the industry. The three largest U.S. cable companies all recently reported residential broadband subscriber net losses for the second quarter. When business customers were added in, Comcast Corp. managed to eke out zero net additions.