Global leaders are seeking to address food insecurity—which is worsening worldwide from the disruptions from the war on Ukraine to supply chains and commodity flows.

As international sanctions imposed on Russia and the violent conflict itself create significant consequences for agriculture supply chains, Russia’s attack on Ukraine has heightened significant risks to the global food supply for major markets across Europe, the Middle East, North Africa, South Asia, and beyond. Both Russia and Ukraine account for a substantial amount of the world’s production and exports of wheat, corn, and sunflower and vegetable oils, and fertilizer. Agricultural commodities prices have endured extraordinary volatility since the invasion began on Feb. 24. The conflict's inflationary stresses on food prices and disruptions to supply are likely to disproportionally affect emerging markets, which already suffer from food shortages and may endure resulting social instability in the longer term,” S&P Global Ratings said in recent research.

The United Nation's Food and Agriculture Organization determined that global food inflation in March reached the highest level ever seen in the period since the data collection began in 1990. Now, global leaders appear poised to combat the expanding food insecurity crisis.

At the end of last month, the European Commission announced a €1.5 billion aid package, along with additional measures, to support farmers and protect the bloc’s food security from the conflict’s effects. The leaders of the World Bank Group, International Monetary Fund, United Nations World Food Program, and World Trade Organization last week called for urgent, coordinated action to address food security. Now, as members of the World Bank and IMF convene in Washington this week for their annual meetings, global finance leaders appear focused on addressing solutions to food insecurity.

“We're facing rising global food insecurity. This threat touches the most vulnerable people the hardest—families that are already spending disproportionate amounts of their income on food. Moreover, the interconnectedness of the global food system means that people on every continent are impacted,” U.S. Treasury Secretary Janet Yellen said yesterday, addressing a cohort of leaders from the international financial institutions and Group of Seven and Group of 20 countries. “Price and supply shocks are already materializing adding to global pressures, creating risks to external balances, and undermining the recovery from the pandemic.”

More than 800 million people, or 10% of the global population, suffered from chronic food insecurity prior to the onset of the Russia-Ukraine conflict—and at least 10 million additional people worldwide could be pushed into poverty due to higher food prices alone, Secretary Yellen said, noting that “war has made an already dire situation worse.”

“Inflation is reaching the highest levels seen in decades. Sharply higher prices for food and fertilizers put pressure on households worldwide—especially for the poorest. And we know that food crises can unleash social unrest,” IMF Managing Director Kristalina Georgieva said in remarks at the April 19 meeting. “For several countries, this food crisis comes on top of a debt crisis. Since 2015 the share of low-income countries at or near debt distress has doubled, from 30 to 60%. For many, debt restructuring is a pressing priority … We know hunger is the world’s greatest solvable problem. A looming crisis is the time to act decisively—and solve it.”

Agricultural multinationals have not followed other global companies in exiting their operations in Russia. Analysts interviewed by S&P Global Commodity Insights believe that despite the mounting pressure, the world’s four largest agriculture trading companies—Archer Daniels Midland, Bunge, Cargill, and Louis Dreyfus—will remain in Russia for at least the short-term. Nonetheless, production of agricultural commodities is expected to remain low in both Russia and Ukraine as the conflict continues. In Ukraine alone, production of wheat is likely to decline by 33.3%, corn by 52.3%, sunflowers by 42.9%, and rapeseed by 25.4% this year, according to a forecast from IHS Markit, now part of S&P Global.

Today is Wednesday, April 20, 2022, and here is today’s essential intelligence. 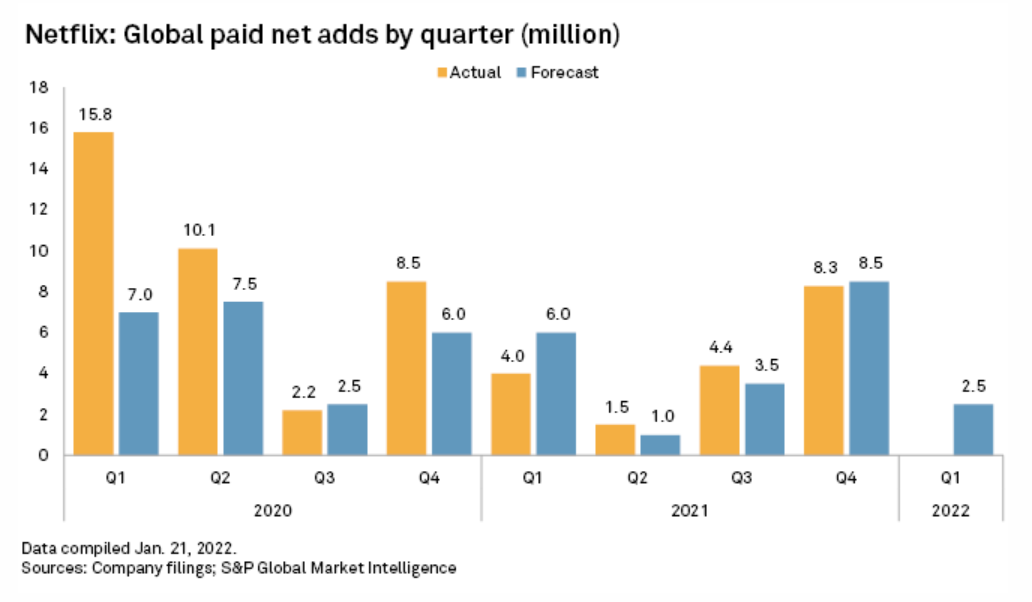 Netflix Inc. service in Russia has been suspended since March, which may complicate the company's efforts to reinvigorate subscriber growth around the world. Estimates are somewhat mixed regarding Netflix's exposure to Russia, but the decline in Russian members and the inability to add new members in the country could hurt the company's ability to deliver the kind of growth numbers it saw in the past, analysts say. The company is set to report its first-quarter earnings results after market close April 19. Netflix in January reported a membership miss for the fourth quarter of 2021 and issued guidance of a first-quarter 2022 membership gain of just 2.5 million, which would represent a year-over-year drop of about 36%.

A Much-Anticipated Reversal Of Fortunes For Latin American Equities 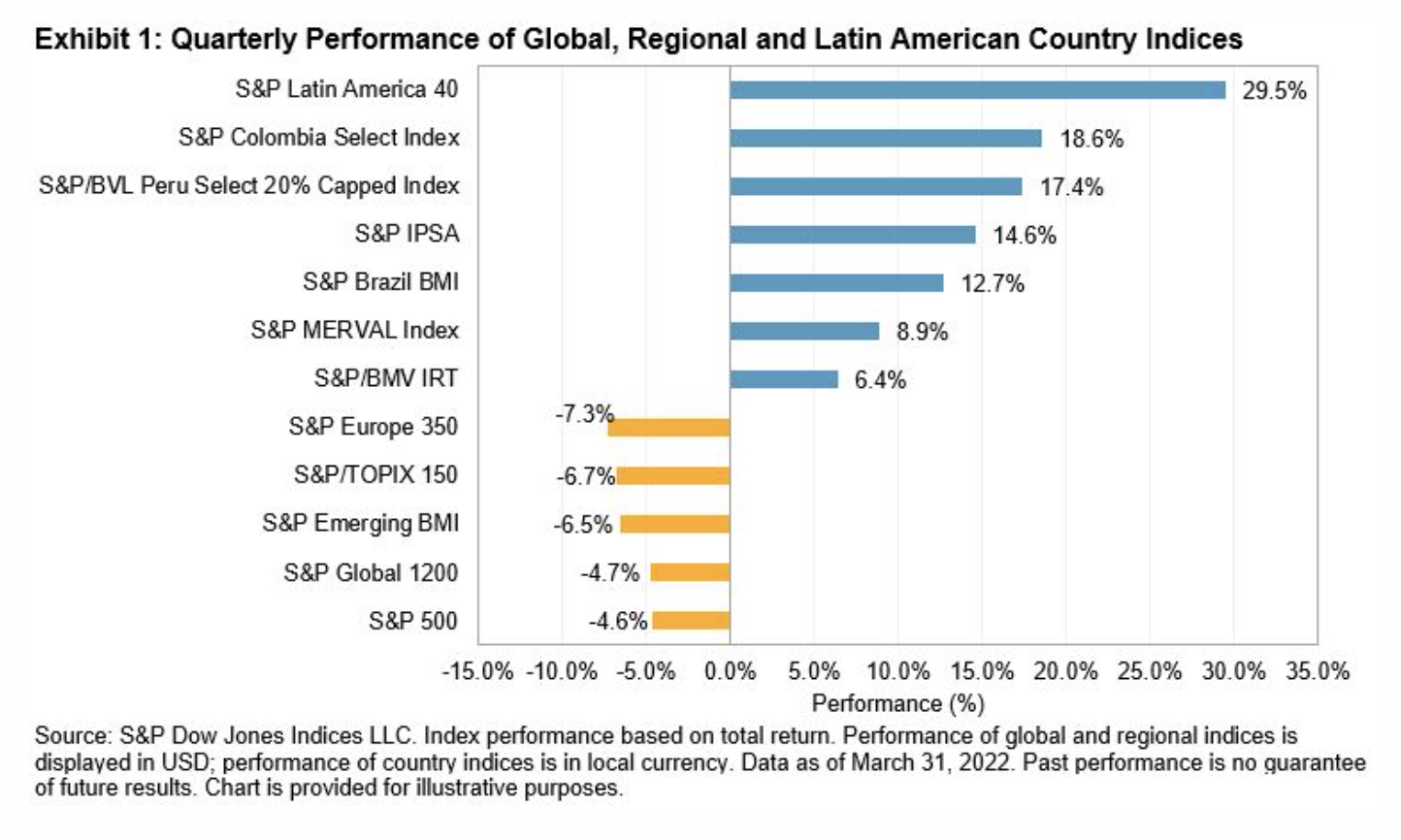 The Latin American pendulum has swung back from negative to positive returns in the past three months. The S&P Latin America 40 ended the quarter up 29.5%, its best Q1 performance since 1991. This is in stark contrast to other global equity markets, which ended in the red, with the S&P 500® losing 4.6%, the S&P Europe 350® down 7.3%, and the S&P Emerging BMI down 6.5%. Two years into the COVID-19 pandemic, most of the world seems to be turning the corner, despite different variants continuing to appear. However, the uncertainty of the ups and downs of the virus is still leaving many countries in a scrambled state. 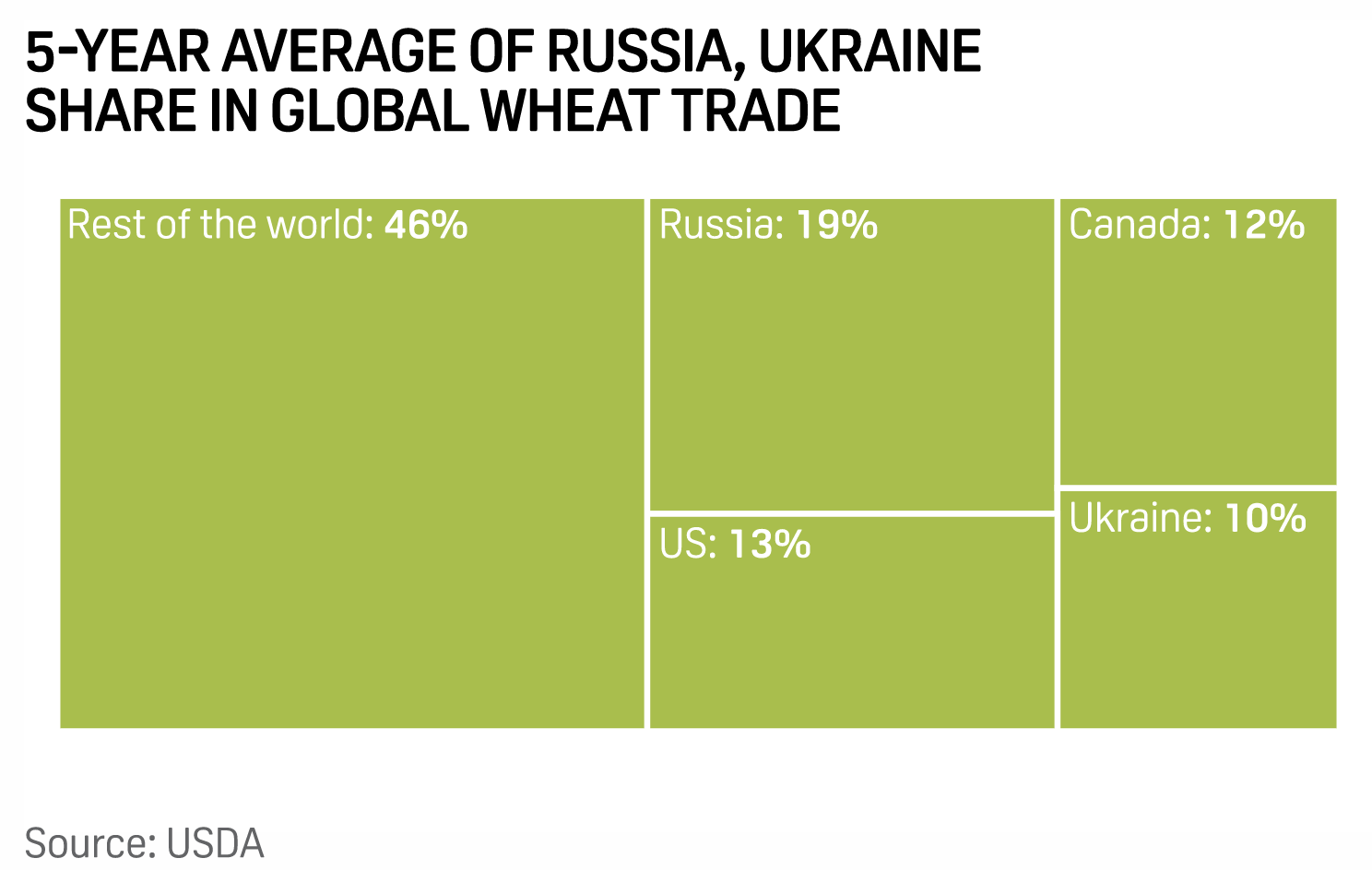 Everything can be politicized, except food. This holds more relevance amid widespread protest and collective boycott calls against Russia's invasion of Ukraine since Feb. 24. With hundreds of multinational companies exiting Russia, pressure is mounting on major agricultural trading companies to follow suit. But is it too much of an ask? Probably. The Big 4 of world agriculture—also called ABCDs—namely Archer Daniels Midland (ADM), Bunge, Cargill, and Louis Dreyfus are not expected to leave Russia, at least not in the short-term, analysts told S&P Global Commodity Insights. Speculations of the Big 4 leaving have been rife in the market since the companies announced "downsizing of operations" in Russia. 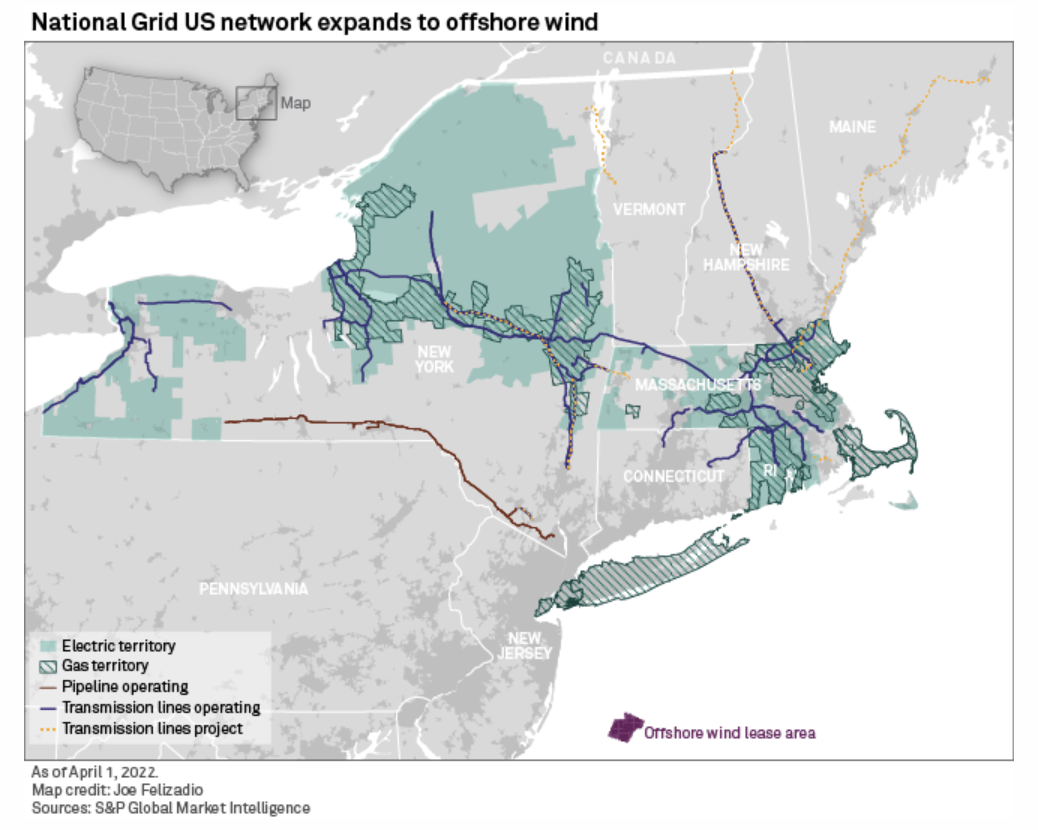 National Grid PLC outlined a vision for eliminating standard natural gas transportation in its Massachusetts and New York distribution network by midcentury. On the supply side, National Grid USA would entirely replace fossil gas with renewable natural gas, or RNG, and low-carbon hydrogen by 2050. The company would drive down gas demand by supporting energy efficiency improvements, uptake of hybrid electric-gas heating systems, limited building electrification, and development of geothermal networks. "We have a critical responsibility to lead the clean energy transition for our customers and communities," National Grid CEO John Pettigrew said in an April 19 news release. 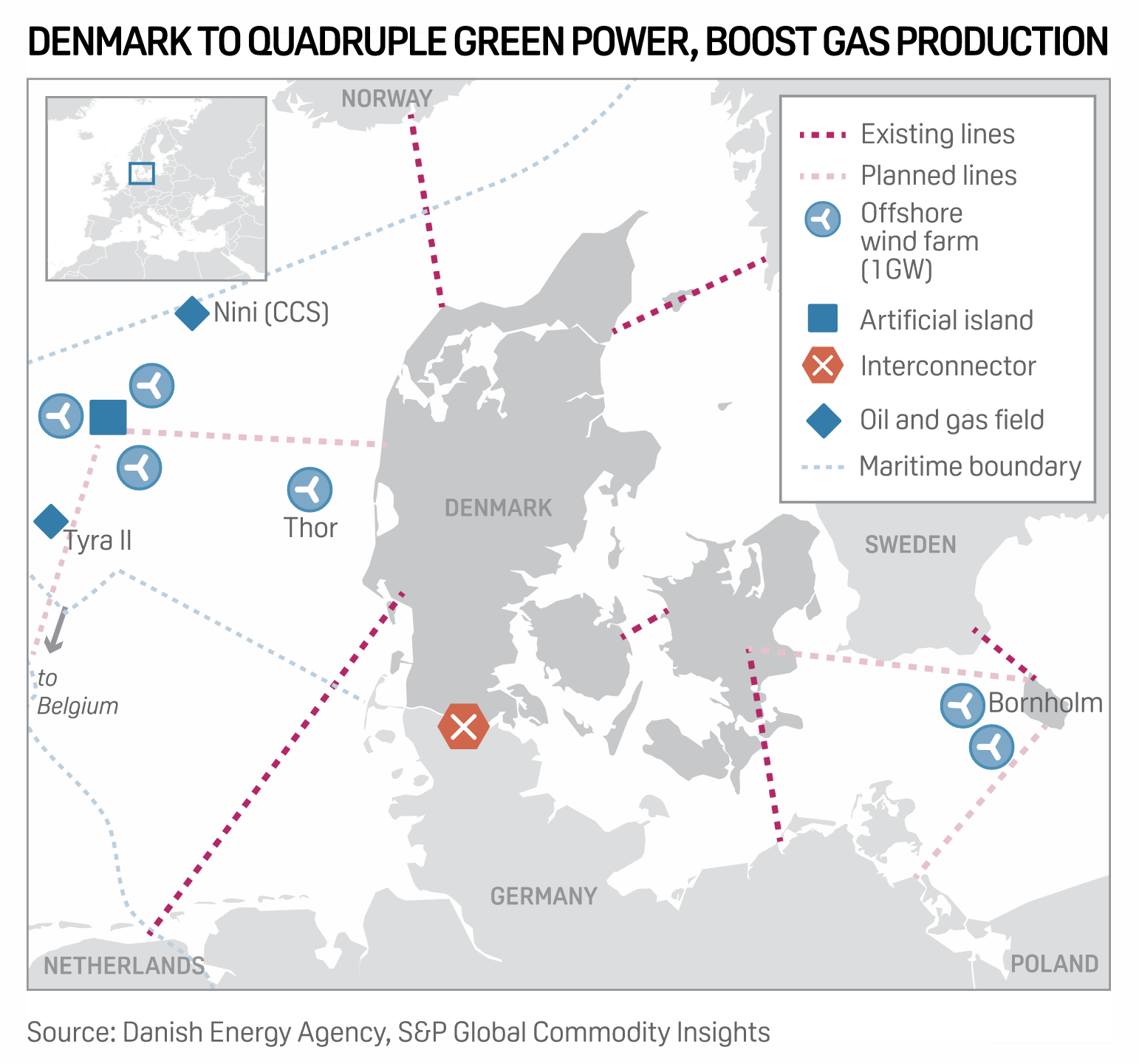 Denmark plans to quadruple green power production by 2030, boost green gas, and temporarily hike domestic natural gas production to displace Russian gas, the energy ministry said April 19. The plans include removing administrative barriers so that the Tyra field in the North Sea can resume gas production as soon as possible as well as up to 4 GW additional offshore wind capacity by 2030, the ministry said. "We will supply Europe with green energy and displace Russian gas," Minister for Climate, Energy and Utilities Dan Jorgensen said. The strategy consists of five tracks accelerating the green transition, boosting green heat, phasing out natural gas, boosting green electricity, and a green tax reform.

There’s tremendous focus on environmental, social, and governance issues, but consumers seem to view these as more discrete aspects, rather than an integrated set of concerns. Sheryl Kingstone, head of Customer Experience and Commerce, joins host Eric Hanselman to look at recent study data that indicates the challenges and opportunities that businesses face. Reported declines in trust mean better communications are needed, but consumers say they value companies that live and express ESG values.