South Africa has some of world’s biggest reserves in gold, platinum and coal, and mining continues to be a core industry, contributing more than 29% of the country’s exports in May 2019. But South Africa’s traditional gold industry has lost some of its shine over the last few decades, with gold production in steady decline.

During the past two decades, gold mining companies have experienced only two years of positive annual growth in gold production, with South Africa producing 83% less gold in 2018 than it did in 1980, according to Statistics South Africa. The sharp decline in gold output is remarkable, given that South Africa has the world’s second-largest reserves of the metal, according to estimates from the US Geological Survey.

The state of the industry has raised political hackles. In July, Kevin Mileham, opposition spokesman for energy and natural resources, told parliament that mining was dying “not because the mineral resources are running out, but because of government ineptitude, poor policy choices and militant trade unions.”

“[Mining] is dying because investors no longer wish to put capital into a country where the word of the government is no good,” Mileham argued.

He was responding to a statement by Gwede Mantashe, the minister for natural resources and energy, who said South Africa remained a highly attractive destination for mining. Mantashe noted there were 61 prospective mining projects in the pipeline with an investment value of more than $7.7 billion. Those projects could create as many as 32,000 jobs, he said.

The share of South African GDP from mining was 7.2% in 2017, a fall from 21% in 1970. However, it continues to make up around 29% of exports and employ over 464,000 people who support some 4.5 million dependents, according to the Minerals Council South Africa, an industry group.

But in order to keep extracting gold from maturing mines, operators are having to dig deeper amid high labor costs, regular strikes and escalating prices for electricity from South Africa’s state-owned monopoly Eskom. The difficult operating environment appears to be benefiting Ghana, which is attracting significant new investments from major miners.

Another consequence of the difficult gold mining conditions, in combination with soaring palladium prices, is a shift in focus for miners active in South Africa towards platinum group metals.

South Africa’s gold mining sector has for some time struggled with ever-growing production costs at its deep mine operations and union strikes.

In the second quarter, AngloGold Ashanti, the world’s third-largest gold mining company, started a process to review divestment options for its South African assets, including the sale of its Mponeng gold mine, one of the world’s deepest.

The gold miner has encountered challenging operating conditions as a result of the depth of the mine, high labor costs, which have contributed to reducing margins, and insecure power supplies that resulted in blackouts. Eskom, which provides more than 90% of South Africa’s electricity, cut power across the country in the first quarter of the year due to low coal supplies and an ageing power network.

“Mantashe’s 61 prospective mining projects should be interpreted as a reinforcement of President Cyril Ramaphosa’s message during his state of the nation address – that Eskom is a fundamental expenditure,” said Indigo Ellis, an analyst at research and consultancy firm Verisk Maplecroft.

According to its financials, the company’s debt stands at $29.5 billion.

South Africa’s largest gold producer, the company’s output in the first quarter of 2019 was about 104,000 oz of gold, or 36% of its production in the same period of 2018, due to the impact of the five-month strike.

South Africa’s gold miners are looking for potential projects that will generate a higher return and quicker payback periods. This has prompted operators and investors to look to other countries, with Ghana being the top destination.

Ghana’s Chamber of Mines said the country’s gold output increased by 14% in 2018 to 4.8 million oz, overtaking South Africa’s output of 4.2 million oz for the first time and making it Africa’s largest gold producer.

"The sharp decline in gold output is remarkable, given that South Africa has the world’s second-largest reserves of the metal, according to estimates from the US Geological Survey."

The latter include AngloGold’s plans to reopen its Obuasi mine project this year, following its closure in 2014, with the redevelopment project expected to take about 30 months. Ghanaian President Nana AkufoAddo said in January that the total investment is projected to be $1.6 billion, covering the expected 22-year lifespan of the mine.

Platinum group metals look like an increasingly attractive play for South Africa’s miners. Mining production statistics from May 2019 show the country’s production down 1.5% year-on-year, the seventh consecutive month of decline, according to Trading Economics. One of the largest negative contributors was gold, down 24.4%. Over the same period, PGMs saw an increase of 6.8%.

Last year, margins for South Africa’s platinum miners were negative on average, as the industry made an aggregate loss, with capital expenditure less than a billion dollars, said the Minerals Council South Africa. But a surge in palladium prices has thrown struggling South African mining companies a lifeline. In July, the LME palladium cash price hovered around the $1,550/ oz mark, a year-on-year increase of 60%. The overall increase in the basket price of PGMs in South Africa was largely due to palladium.

Besides cutting thousands of jobs in its gold mines, Sibanye-Stillwater is diversifying into PGMs in a bid to reduce costs. Higher profits from its PGM operations offset a loss from its gold mines.

“Like many PGM miners in South Africa, they are critically reliant on the rand price. Should the PGM and rand price remain at its current level, next year’s earnings will remain flat,” FNB Wealth and Investments analyst Wayne McCurrie told S&P Global Platts.

Despite the crisis in South African mining, producers of PGMs appear to be best placed to weather wage negotiations with various South African unions as they have bolstered war chests after increased production and rallying prices.

But even they are still vulnerable, said McCurrie. “Should the rand strengthen tomorrow, their earnings will go down and perhaps even will go backwards because they have big cost increases – increases of 10-15% in electricity and 7-8% in wage union negotiations.”

That’s not the only labor issue miners are having to worry about. In 2014, the Association of Mineworkers and Construction Union led the longest-ever platinum mining strike in South Africa, costing the platinum mining sector around about $2 billion in revenue.

“Unions have a mandate from their members and are likely to play brinkmanship,” Wits Business School associate professor Mzukisi Qobo told Platts. “This is also likely to be so since platinum mining companies have registered windfalls and returned value to shareholders in the recent past.” 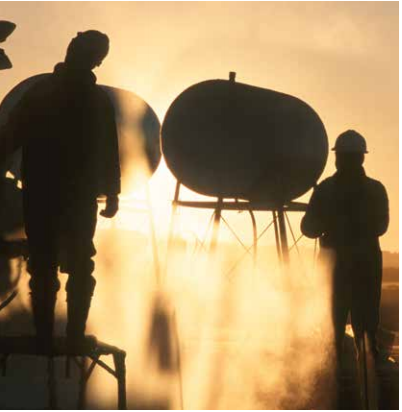 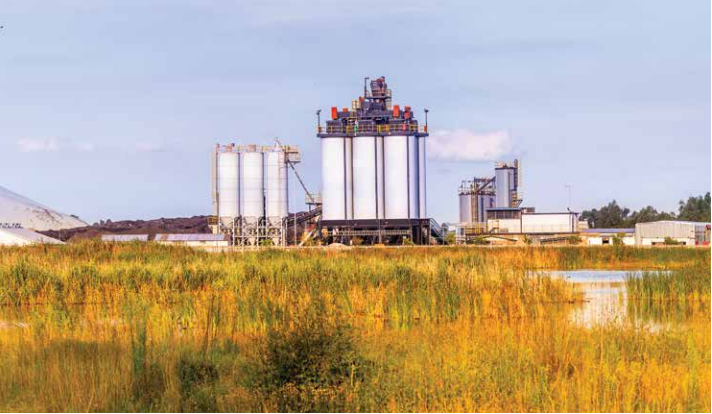 Last June, AMCU, the majority union in the platinum sector with over 250,000 members, had argued for a monthly basic wage of R17,000 ($1,200) for its members. Any prolonged strike in the sector will further damage confidence at a time when peace is required to focus minds on stabilizing the economy, said Qobo.

“All players – unions, mining industry, and government – are aware of the grim realities in the economy. Any strike in the [mining] sector would be akin to selfmutilation as there will not be any winner,” said Qobo.

South Africa’s GDP fell by 3.2% in the first quarter of 2019, according to Statistics South Africa, the most recent figures available as Insight went to press.

“South Africa is already entering recession territory. It simply cannot withstand another strike in the sector,” Qobo said. “There is usually a snowballing effect of strikes in key sectors such as mining… A strike in the platinum sector could see a fireball spreading to other sectors.”

During a five-month strike by AMCU in 2019, the union threatened to shut the country’s gold, platinum and coal mines.

Still, it is possible that President Ramaphosa will persuade the industry and the unions to reach some settlement to preserve stability in the economy, Qobo said.

“He has some cards to play with the unions since he conceded ground to include known union leaders in his cabinet, however, nothing is guaranteed, it all depends on how government gets involved in mediating a potential industrial conflict early on; and whether the industry and the unions can reach some satisfactory middle-ground,” Qobo said.

Several years of regulatory stability and concerted action to tame the power of militant labor unions would be required to repair South Africa’s reputation among investors, said Verisk Maplecroft’s Indigo Ellis. Even if platinum miners see off the challenge from unions, their operations in South Africa would still face pressure on multiple fronts, he said.

While PGMs look more interesting than gold, they may be the best of a bad bunch.

“The hurdles to operating successfully in South Africa could be attracting miners with stronger risk appetites, who will come up against strong freedom of bargaining and social license-to-operate concerns,” said Ellis.