ESG experts are watching these sustainability trends in 2022

The U.S. Energy Information Administration (EIA) forecasts that power generation coming from renewable sources, such as wind, solar, hydro, and geothermal, should provide the majority of the world’s energy needs by 2050.1 The use of renewable energy has been increasing significantly over the last decade, however its current level of consumption still lags those of traditional sources of energy. 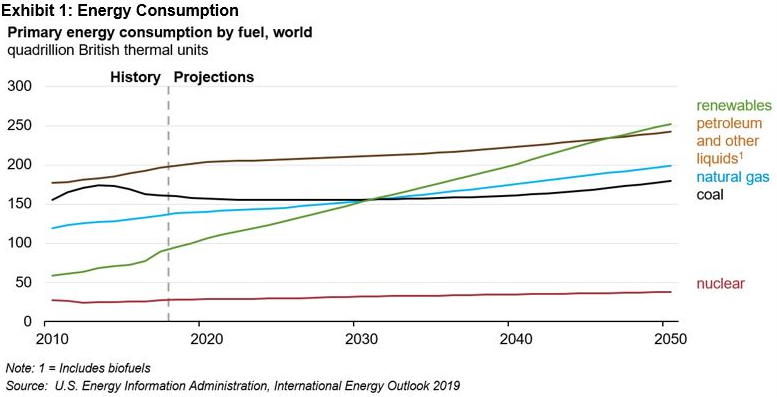 The primary driver behind the shift from traditional energy sources, such as petroleum, natural gas, and coal, to renewables comes from a “critical mass” of governments around the world looking to adopt policies that seek to lower the global carbon footprint.

Most notably, the landmark Paris Agreement—which calls to keep the increase in global average temperature to well below 2°C above pre-industrial levels and aims for a climate-neutral world by mid-century—was signed by nearly 200 countries and went into effect in 2016.2 There have been hiccups along the way, including the world’s largest economy and one of the largest carbon emitters, the U.S., withdrawing. However, the election of President Joe Biden in the 2020 U.S. election brought renewed hope given his campaign promises. Indeed, in the first few hours of taking office, the new president signed an executive order to have the U.S. rejoin the agreement in full.3

The renewable energy industry has grown over the last decade, rising from approximately 10% of all energy produced in 2010 to 22% as of November 2020 in the U.S.4 Despite this growth, significant additional changes are needed well before the mid-century mark to hit the stated climate goals. The need for increased renewable production and efficiency is perhaps evident, but more investment into equipment is needed as well to further support increased production and efficiency. In fact, the International Renewable Energy Agency (IRENA) has stated that annual investment in the renewables space must increase by almost triple to USD 800 billion between 2020 and 2050.5

Come 2050, electricity generation from renewables is expected to come from a well-diversified mix led by solar, wind, and hydro. Based on these projections, focusing on just one area of renewable energy would leave out significant exposure to the overall industry. 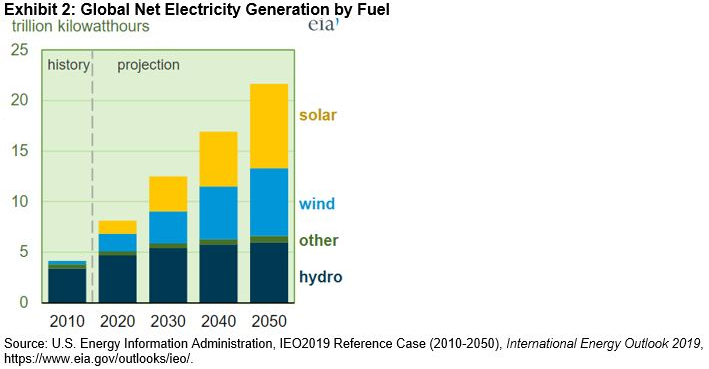 In addition, the clean energy push clearly needs to be a global phenomenon, as the growth in consumption through 2050 will primarily be from non-OECD countries.6 Therefore, having a global perspective when it comes to meeting the expected growth is useful. 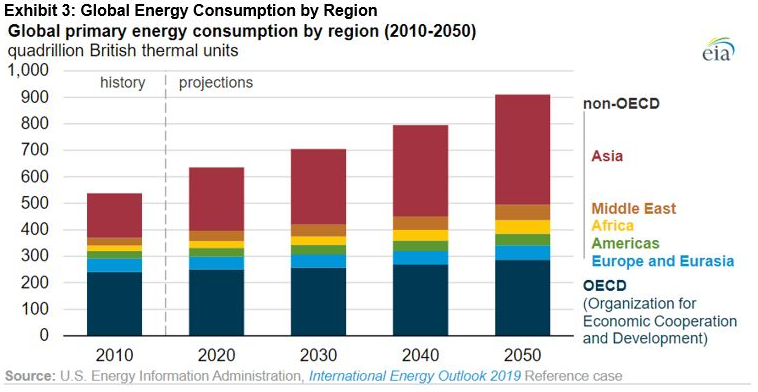