The financial market’s reaction to the escalation of tensions between the U.S. and Iran have so far been muted, even benign (see Exhibit 1). A little over a week from the U.S. killing of top Iranian commander Qassem Soleimani and Iran’s response (missile attacks on U.S. army bases in Iraq), and a casual observer of financial markets would be hard pressed to see what all the fuss is about. 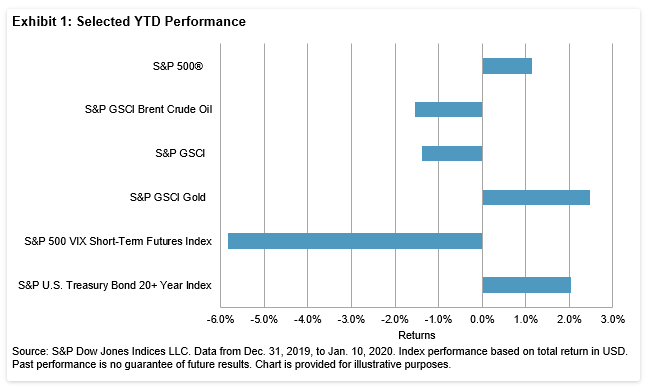 Taking market performance as a measure, there has been little visible dent to investors’ confidence from the most recent geopolitical flare up. Have market participants, irrespective of asset class, grown complacent to geopolitical risks, or have they decided that the overall threat to the global economy of further incremental deterioration in U.S.-Iranian relations and more broadly, Middle Eastern stability, is relatively contained?

From the perspective of the oil market, there has been a major structural change to the market that may offer an explanation. In the past, oil prices were the main transmission mechanism from major Gulf conflicts to the broader global economy and financial markets. However, the U.S. is now a net exporter of petroleum products, which was not the case during either the first or second Gulf War. The U.S. has essentially achieved energy independence and it can now use its own supplies to offset the impact of Middle Eastern supply shocks. It appears that oil market participants would need to see sustained physical market disruption to justify adding a significant risk premia to energy prices. 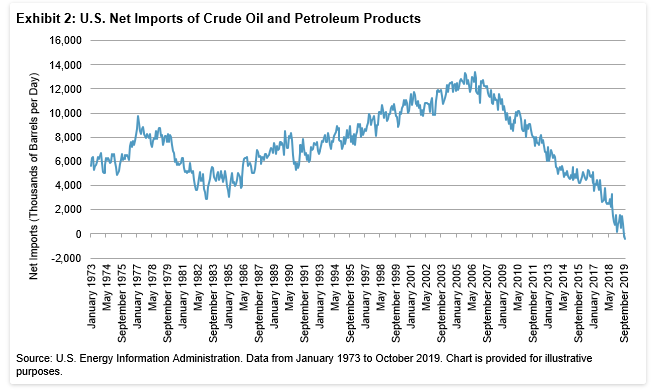