There are, however, signs of a slowdown in global coffee export growth with shipments in August having fallen by 4.4% year over year after a 13.3% improvement in the prior three months, Panjiva’s analysis of ICO data shows.

While Vietnam was the biggest drag on exports overall – it was the largest exporter and saw a 25.0% year over year drop in August – other markets including Indonesia and Uganda saw an expansion of 93.2% and 40.1% respectively. 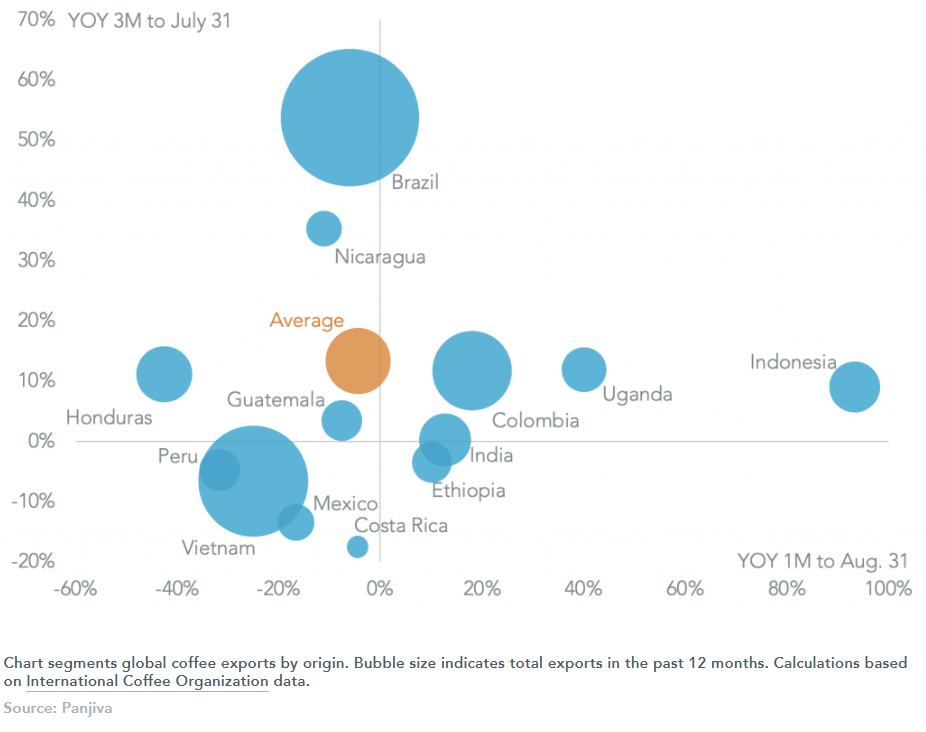 ICO data shows that Brazilian exports of raw coffee fell 6.0% in August, while Panjiva’s data included processed products shows growth of 13.2% year over year in August. That follows a government push to retain some manufacturing added-value in country. By geography the expansion was led by a 48.6% surge in shipments to the U.S. while exports to the EU increased by a more moderate 10.2%. 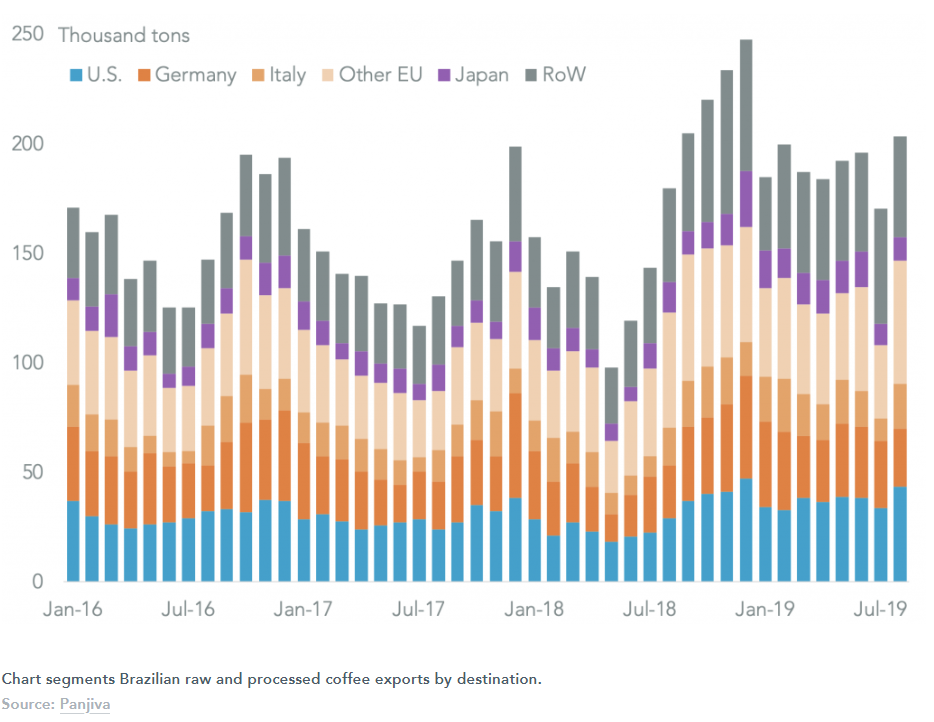 Starbucks, the largest U.S. importer of Brazilian coffee in the past 12 months, paused in its surge of purchases with a 2.8% decline in August which followed a 366% surge in the three months to July 31. The latter reflected a marked change in Starbucks’ previous seasonality of shipments, perhaps indicating it is itself trying to stabilize part of the market. 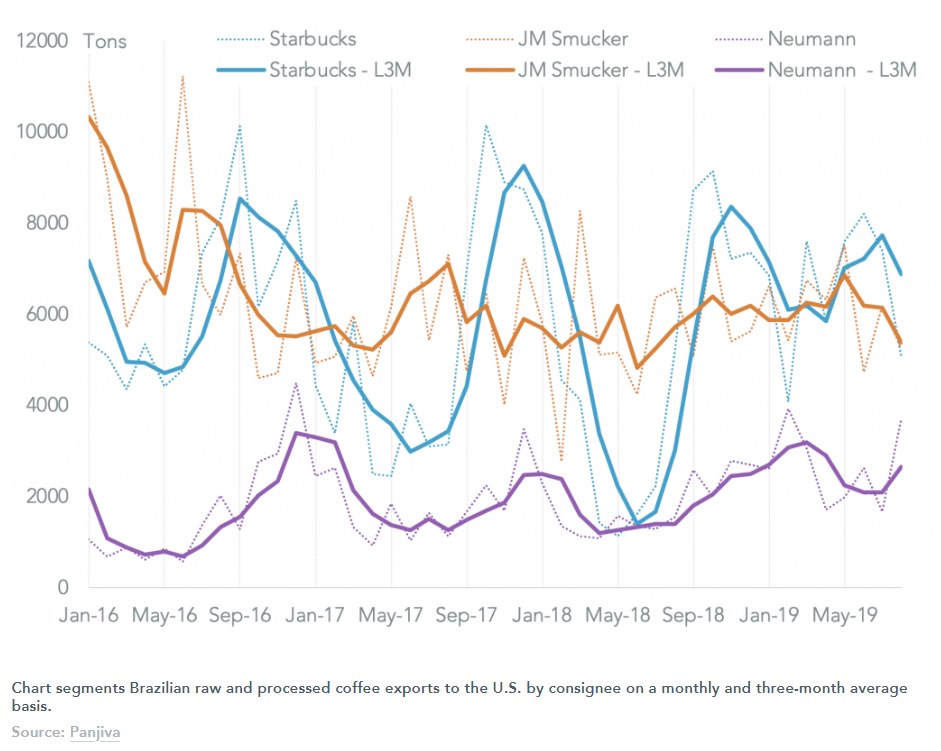