This article is reprinted from Panjiva, part of S&P Global Market Intelligence

The sanitary standards of meat supply chains are back in focus after the Chinese government found evidence of SARS-COV-2 on packaged beef shipped from Brazil, Reuters reports. The shipment, linked to Marfrig, had been completed in August but had only recently been tested before use. That follows earlier Chinese restrictions on imports of poultry by Aurora in Brazil as outlined in Panjiva’s research of Aug. 20.

Panjiva’s data shows China was the largest consumer of Brazillian beef, accounting for 65.1% of exports in the 12 months to Sept. 30. It’s also been the fastest growing destination with exports to China from Brazil rising by 55.1% year over year in Q3’20. Shipments linked to Marfrig represented 18.7% of shipments to China and expanded by 107.2% in Q3’20 after a 220.5% increase in Q2’20. The largest supplier was JBS with growth of 17.2% in Q3 while Minerva was third with growth of 55.1%. 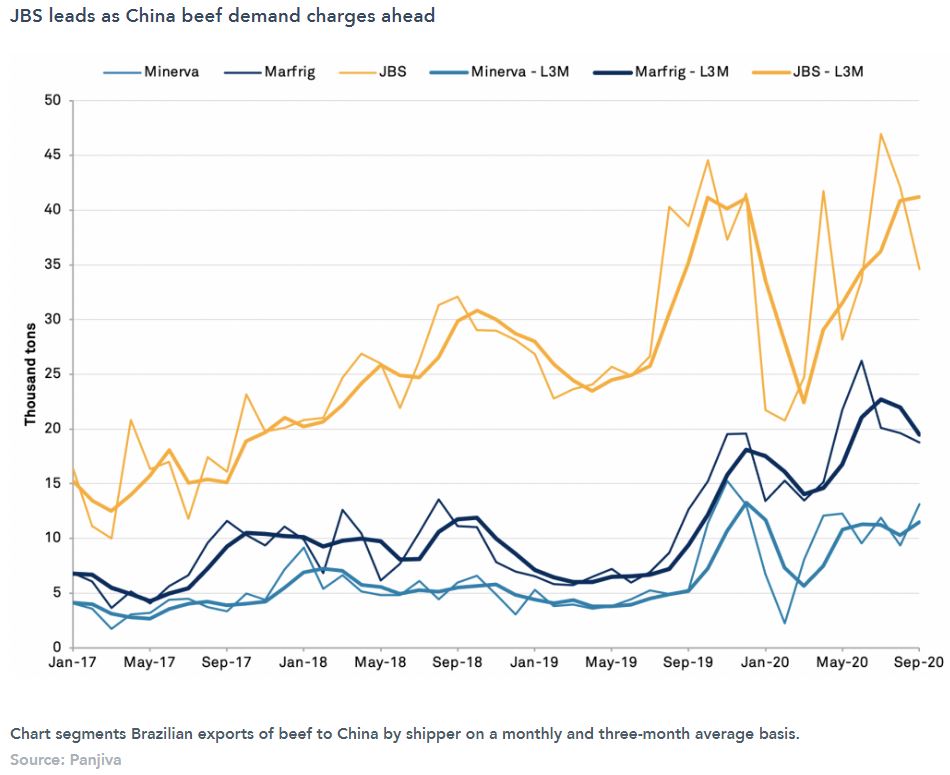 Should restrictions on supplies from Brazil be put in place there may be an opportunity for U.S. suppliers, particularly given the shortfall in China’s phase 1 trade deal commitments to purchase goods from the U.S.

Panjiva’s data shows that the leading exporters of beef by sea from the U.S. in the 12 months to Sept. 30 were JBS with 18.1% of total exports followed by Tyson Foods with 14.1%. Both had also seen a marked recovery in shipments recently with exports linked to JBS having increased by 181% year over year in September while Tyson’s improved by 101.4% after modest growth in the previous month.

Neither have significant supplies to China, which represented just 4.4% of JBS’s exports and 7.8% of Tyson’s in the past 12 months. 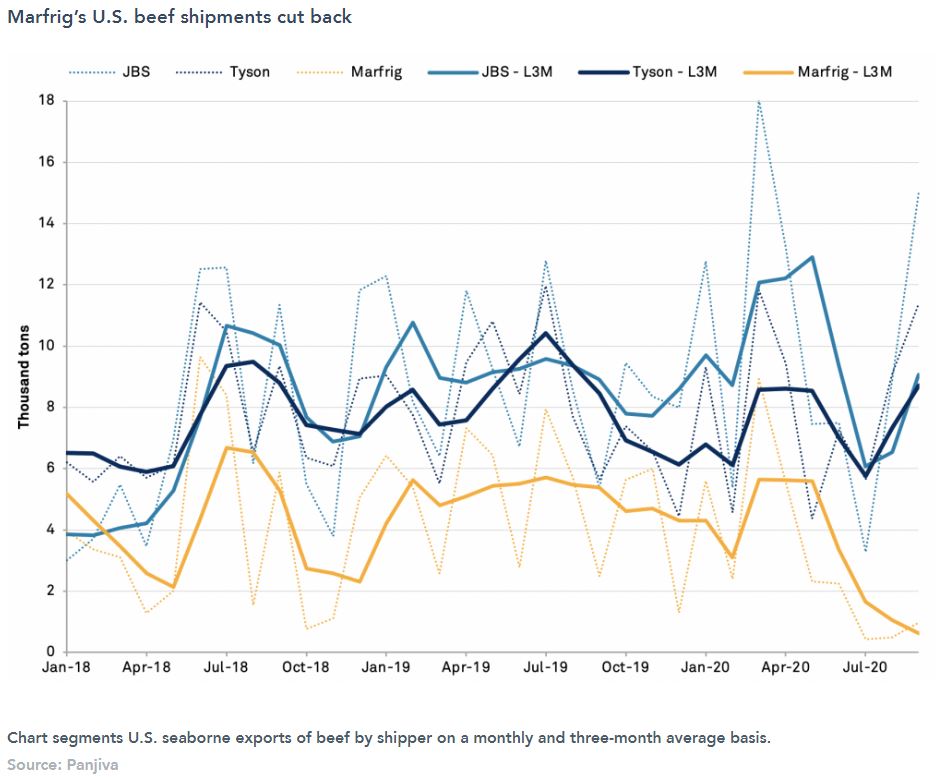 Nonetheless, sanitary standards in terms of controlling the spread of COVID-19 are a challenge for the whole industry, with an analysis by Fairr indicating 73% of animal protein firms are defined as being “high risk” in terms of their production processes. That comes as the Trump administration has started the process to allow a 25% increase in line-speed operation of chicken production facilities, Bloomberg reports.

U.S. seaborne exports of poultry to China have already surged, with a 197% year over year increase in September capping a year-to-date improvement of 103%. The growth has been led in percentage terms by a 432% rise in shipments linked to JBS in September. Shipments linked to Tyson, the largest exporter with a 15.8% share of exports in the past 12 months, climbed by 184% in September while Mountaire Farms’ rose by 133%. 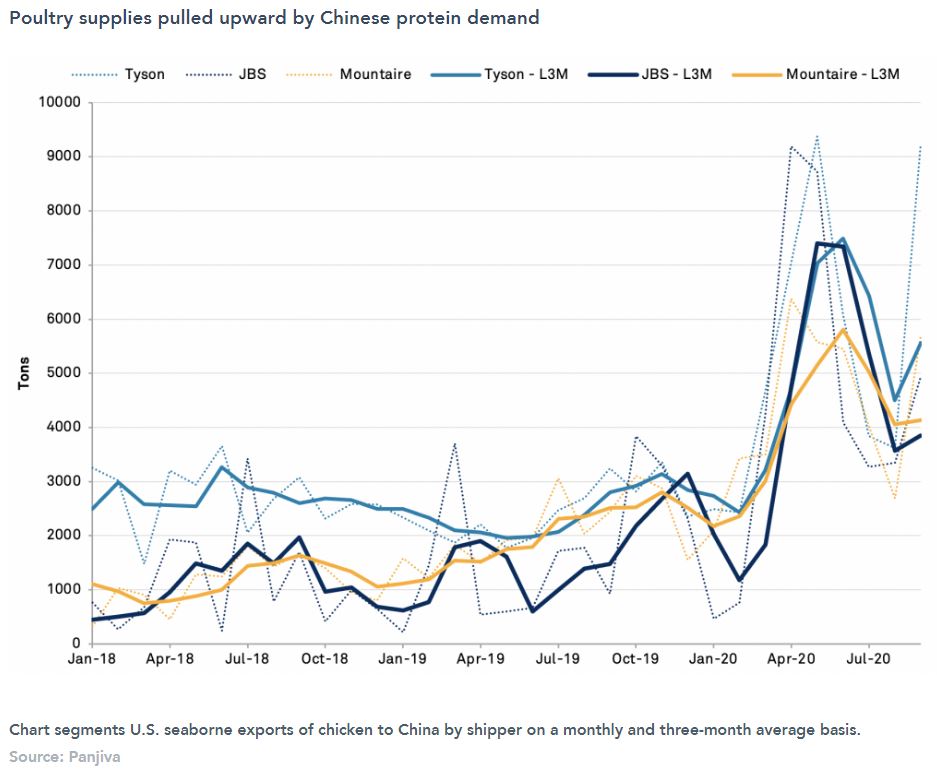