Power prices have surged across Europe, particularly affecting the United Kingdom, due to a combination of natural gas dependencies, inadequate renewable sources, and energy market constraints—creating an energy price crisis.

Politicians have told populations not to panic. Energy suppliers have been burned by their inability to absorb the exponentially higher energy bills, and producers of steel and other commodities are curbing their operations. A prolonged energy crunch could slow the region’s economic recovery from the coronavirus-caused downturn. The soaring European electricity prices that have quadrupled over the past six months have been rising in tandem with roaring global natural gas prices, after coronavirus containment measures during the European winter left gas supplies low. Russia has curbed natural gas flows into Europe, disrupting the region’s dependence on gas for energy. Market dynamics are also at play. Liquified natural gas imports, also in high demand across Asia, have been unable to compensate for the energy gaps. Neither have wind and solar, despite the Europe’s prominent renewable energy capacity for power generation. The threat of a prolonged energy crunch threatens the region’s economic recovery from the coronavirus-caused downturn.

“European electricity prices have climbed to their highest levels in over a decade in recent weeks, rising above 100 euros per megawatt-hour in many markets … The steep rise in European gas prices has been driven by a combination of a strong recovery in demand and tighter-than-expected supply, as well as several weather-related factors. These include a particularly cold and long heating season in Europe last winter, and lower-than-usual availability of wind energy in recent weeks,” the International Energy Agency said in a Sept. 21 statement. “European prices also reflect broader global gas market dynamics … Going forward, the European gas market could well face further stress tests from unplanned outages and sharp cold spells, especially if they occur late in the winter.”

The U.K. is suffering the most expensive energy prices of any country across Europe, with day-ahead gas prices jumping 83% on Sept. 17 from Aug. 1, and marking a 176% swell from the start of this year and a monumental 467% increase year-over-year, according to S&P Global Platts. The current crisis threatens the U.K.’s retail energy market going  into the winter, heightening default risks and leaving the domestic industry hanging in the balance for the future. While the U.K. government held a crisis meeting and said Sept. 20 that it wouldn’t offer assistance to power and gas companies through the energy price crunch, small suppliers have expressed concern that they won’t survive the winter without state intervention. Some have  already collapsed.

"Without support mechanisms from the government it is unlikely we'll see the winter through," Peter McGirr, CEO of the U.K. energy company Green Energy, said in a Sept. 20 BBC Radio interview, according to S&P Global Platts. "We just don't have deep enough pockets to ride out this storm.”

Russia’s state-owned gas producer Gazprom, which owns the controversial Nord Stream 2 pipeline, has faced criticism and accusations of market manipulation from market participants and parliamentarians alike for not booking additional gas capacity via Ukraine and Belarus to supply greater amounts of gas to Europe during the price crunch. The company told S&P Global Platts in a statement on Sept. 20 that “Gazprom delivers natural gas to its customers in full accordance with existing contractual obligations, and does everything within its capabilities to meet additional requests.” But on the same day, the company booked less than half of the available capacity offered on the Yamal pipeline for natural gas transportation from Belarus to Germany, according to S&P Global Platts.

“Based on the available information, Russia is fulfilling its long-term contracts with European counterparts—but its exports to Europe are down from their 2019 level,” the IEA said. “Russia could do more to increase gas availability to Europe and ensure storage is filled to adequate levels in preparation for the coming winter heating season. This is also an opportunity for Russia to underscore its credentials as a reliable supplier to the European market.”

Today is Thursday, September 23, 2021, and here is today’s essential intelligence. 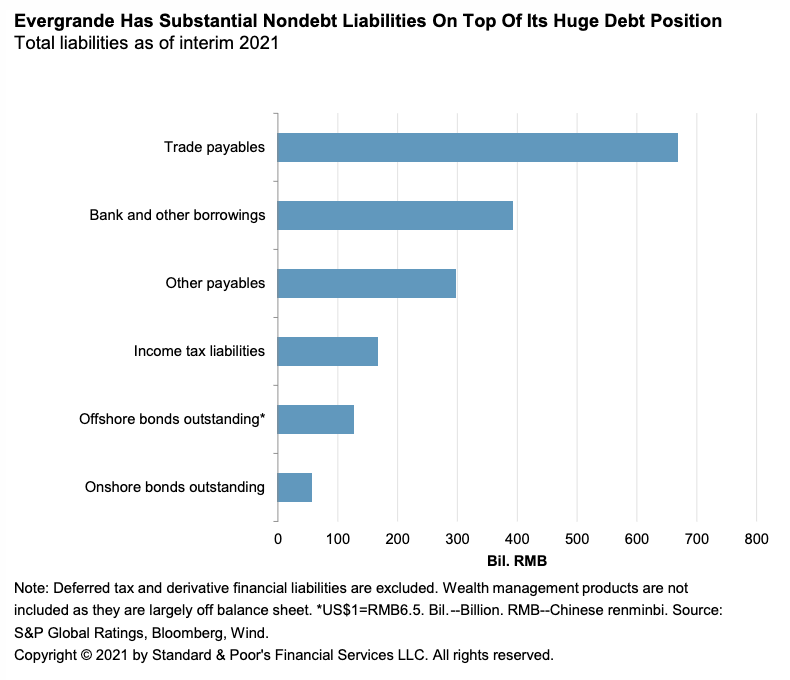 Property developer China Evergrande Group (CC/Negative/--) is on the brink of defaulting. If this does happen, should we anticipate a tidal wave of defaults swamping the credit markets or will it seem more like ripples from a pebble in a pond? S&P Global Ratings thinks the fallout will lie somewhere in between. Events could broadly rattle investors' confidence in China's property sector and for speculative-grade markets broadly, possibly diminishing funding access for unrelated names.

Just eight defaults were reported for European structured finance in 2020, resulting in a lower annual default rate of 0.24%. The region's overall credit quality deteriorated, after a record-setting year for credit quality in 2019. The downgrade rate rose to 3.6%, as the upgrade rate drifted down to 4.9% in 2020.

Expectation vs Reality: The Case Of The Large Corn Crop That Grew Small In Brazil 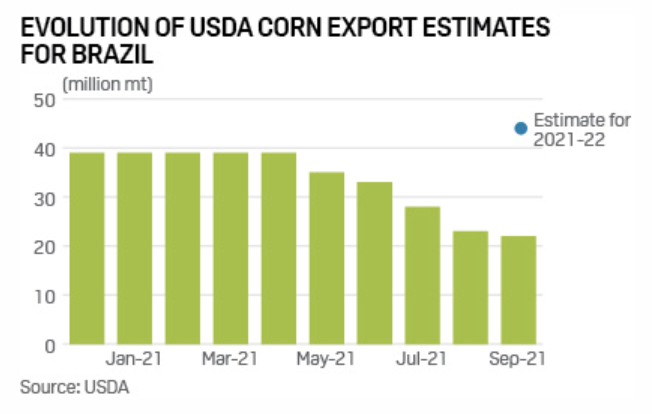 The stark contrast between expectations and reality is not unfamiliar to commodity markets. One of the most recent examples can be seen in the case of Brazil's corn production. 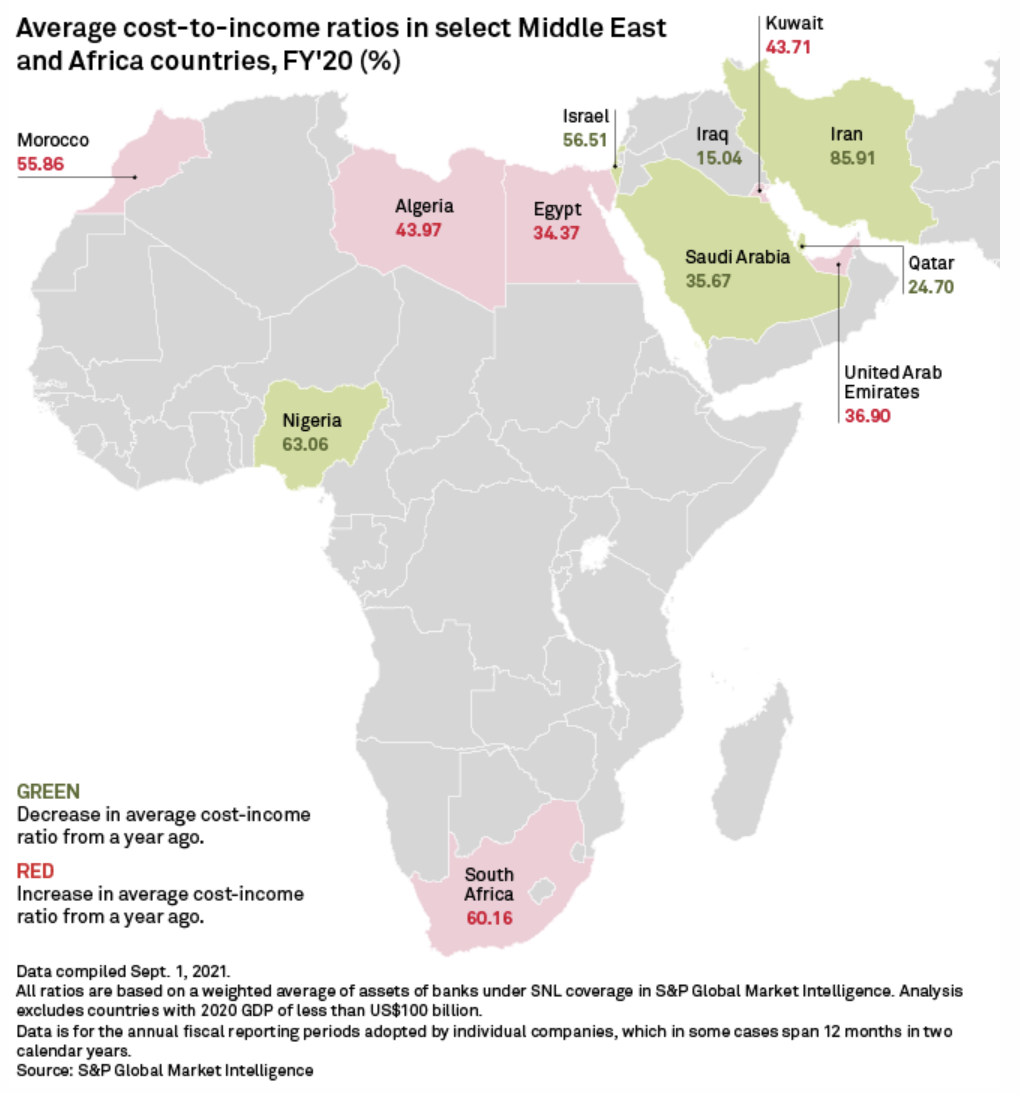 Israeli banks remain the least efficient among lenders in the Middle East region despite improving their efficiency ratios since the start of the pandemic.

Germany has been setting conditions and "making most of the problems at the table" during the negotiations for the banking union so far, despite saying it wants to complete the project, Paweł Tokarski, a senior associate at the EU/Europe Research Division of the German Institute for International and Security Affairs SWP, said in an interview. 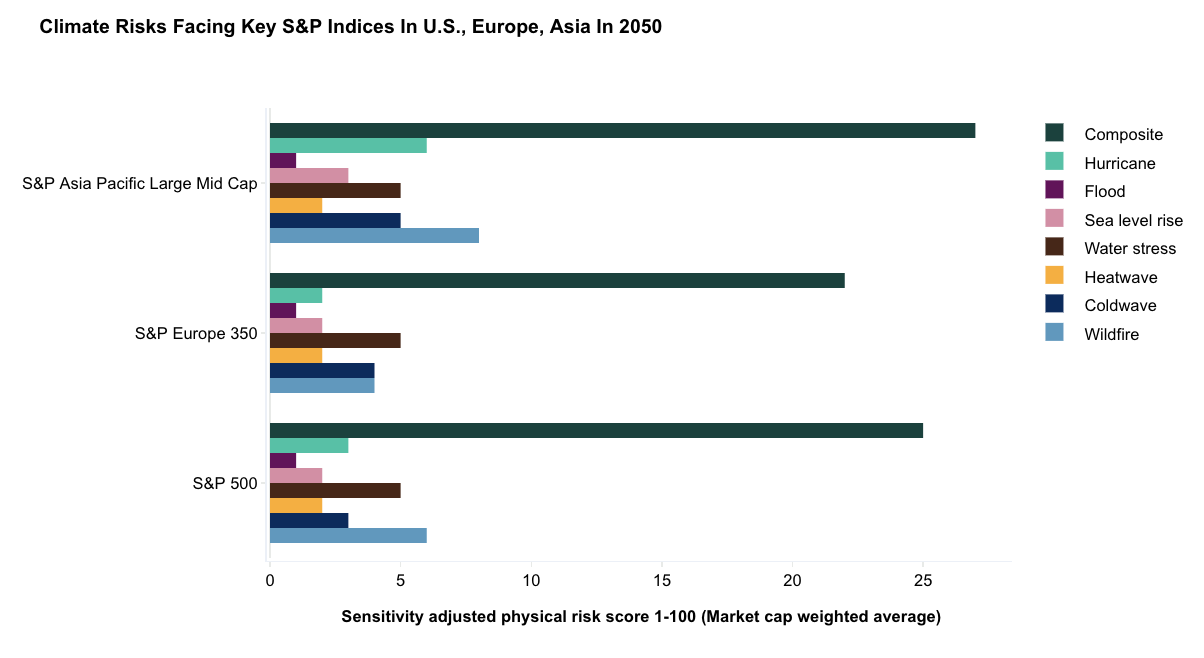 Vital corporate assets around the world, including factories, transportation networks and power transmission lines, are increasingly in harm’s way as the planet endures a growing number of catastrophic weather events linked to climate change, according to a new analysis by S&P Global Sustainable1.

Offshore wind will be instrumental as the EU and U.S. aims for 2050 carbon neutrality. Today, it accounts for only 3% of the European electricity mix and remains marginal elsewhere. S&P Global Ratings expect global installed capacity will surpass 180GW by 2030 (6x more than today).

Europe-based wind turbine original equipment manufacturers (OEMs) are set to capture growth from a surge in offshore energy projects as the EU steps up efforts to become climate neutral by 2050.

With a critical global climate summit just over a month away, worried government and business leaders are racing this week to try to drum up support for deeper carbon emission cuts and more adaptation aid ahead of COP26. 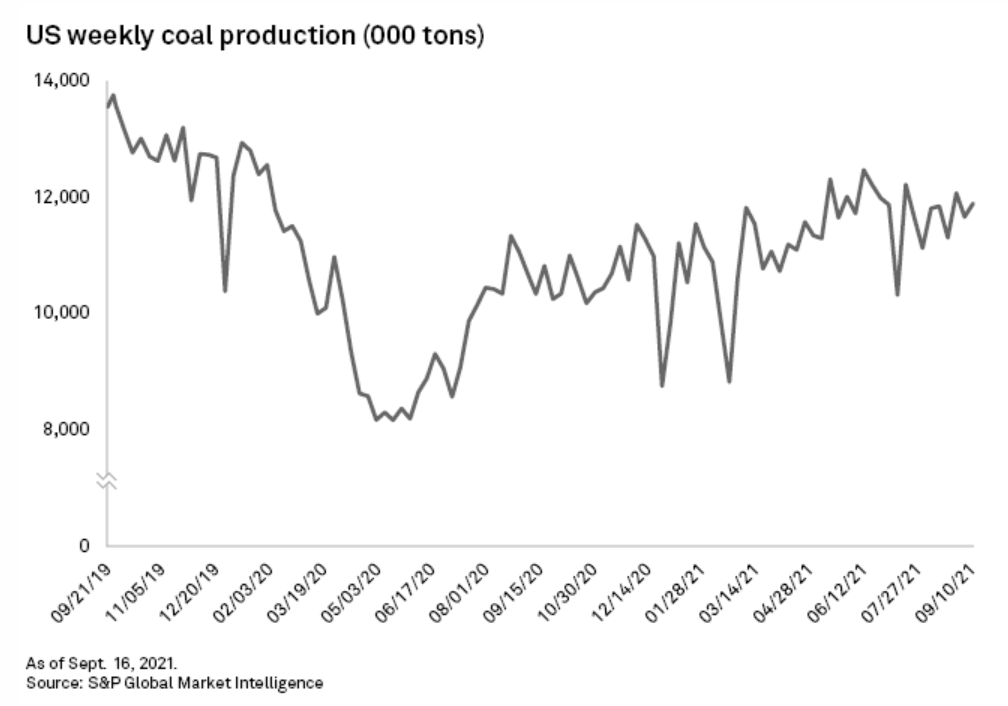 Coal demand and prices are booming as natural gas prices soar, but U.S. mining companies have not ramped up production to meet the new market conditions. Since climbing from a sharp drop in the early weeks of the COVID-19 pandemic, the overall U.S. coal supply response has been conservative. There are numerous reasons mines in the long-struggling sector have not ramped up production, including limited access to capital, uncertain demand outlook, labor shortages and the time it takes to increase supply.

Oil and gas M&A deal-making in August fell from year-ago levels despite two major corporate consolidations, one in North America and one in Australia, according to S&P Global Market Intelligence data.

The surging popularity of electric vehicles stands to rattle fossil fuel markets, with energy experts anticipating an erosion of oil demand for transportation around the globe. At the same time, the electric vehicle revolution has the potential to generate additional demand for natural gas as a power source for plug in cars.

Royal Dutch Shell PLC's decision to sell all of its assets in the Permian Basin to ConocoPhillips for about $9.5 billion appeared to mark a quick shift in strategy for the Dutch energy giant that had described the business as "core" just a few months ago.

ConocoPhillips Positions Itself For Energy Transition With $9.5B Permian Deal