The global mining industry appears to be at an inflection point.

The pandemic prompted the severe disruption of global industrial activity, steel markets, and downstream producers last year, resulting in a one-third year-over-year decline in the value of mining merger and acquisition (M&A) deals, according to S&P Global Market Intelligence. But building on an uptick of M&A in the second half of 2020, the industry enjoys an improved outlook this year as both prices and demand recover.

The strength of that growth may hinge on how mining companies address environmental, social, and governance (ESG) factors.

“Since the metals and mining industry is perceived as posing multiple threats to the environment, companies may increasingly see their access to capital restrained,” S&P Global Ratings said in its 2021 outlook for the global metals and mining industry. “The use of cleaner energy sources, the reduction of greenhouse gas emissions, the correct treatment and disposal of waste, as well as active engagement with the surrounding communities, are all paramount to the industry. Markets and end users will demand timely data on those fronts and miners’ future performance will play a major role in investment decisions and business continuity.”

Australia’s energy conglomerates are looking to the mining industry to accelerate the energy transition ahead of the country’s goal to achieve net-zero emissions by 2050. The country’s gas sector has expressed interest in working with miners on industrial commercial projects to capture and store carbon from the blue hydrogen produced from natural gas, according to S&P Global Market Intelligence. The country’s expansive supply of critical mineral resources are necessary for electric-vehicle manufacturing, which should maintain the mining industry’s relevance despite criticism from environmental groups.

The situation is similar in the U.S., where the mining industry could expand under the Biden Administration—whose climate policy ambitions will drive demand for battery metals. Congress could compromise on the need to balance critical metals and minerals and larger clean energy ambitions. Social considerations for U.S. miners, including workplace safety policies reshaped for coronavirus conditions, are already underway.

Worldwide, mining companies are likely to adopt ESG certification standards in order to maintain their access to capital markets and stay relevant in the competitive landscape.

"Credible mine certification is becoming mainstream as a way of providing a shortcut to ESG disclosure, due to the emergence of agreed standards of good practice in mining and metals production," Francis Sullivan, the deputy chair of the non-profit organization ResponsibleSteel, said during a conference earlier this year, according to S&P Global Market Intelligence. "This gives buyers choice to seek out certified suppliers to improve transparency and reduce their upstream risks and carbon footprint."

Today is Tuesday, March 9, 2021, and here is today’s essential intelligence. 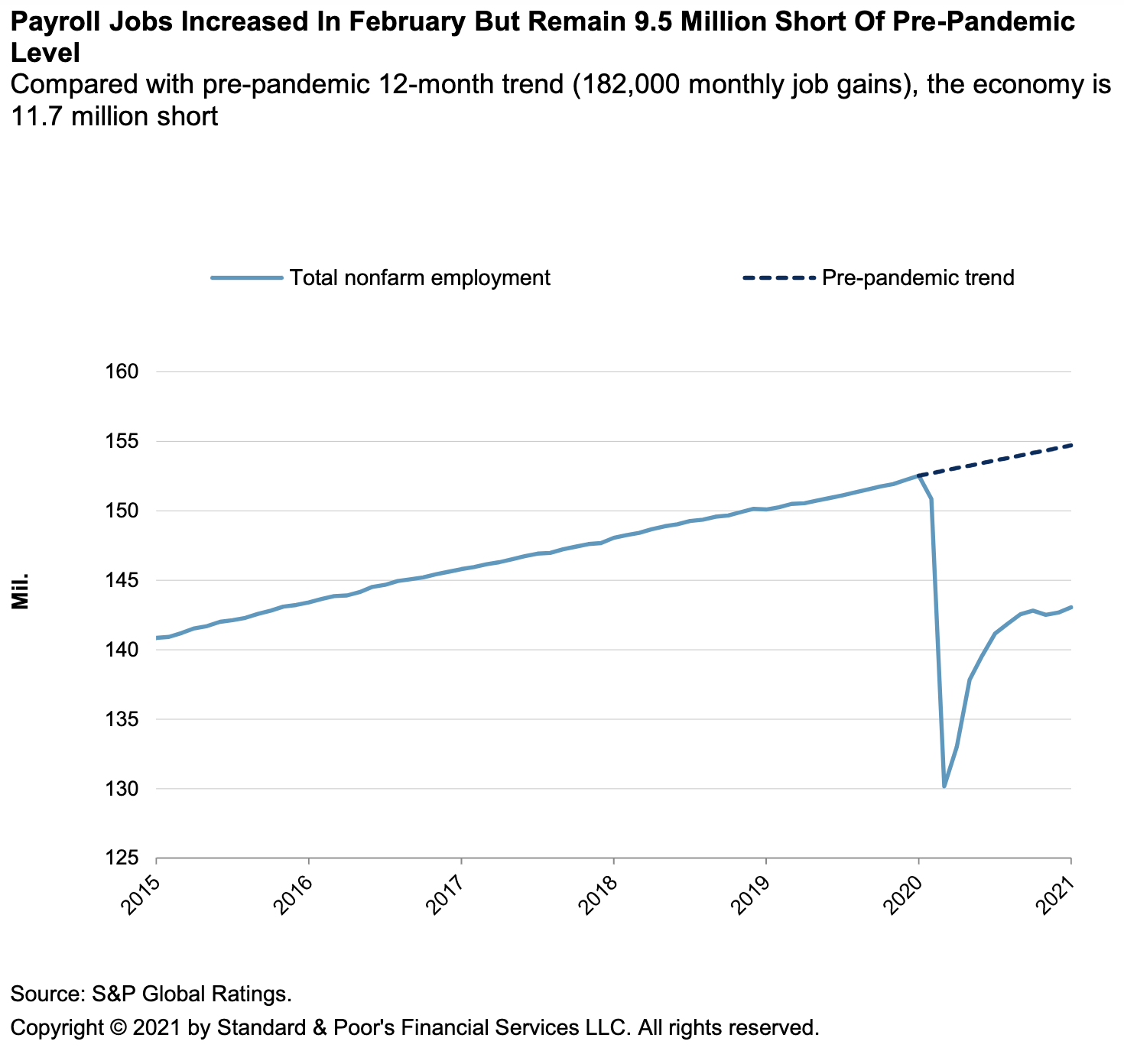 The total announced value of global M&A deals just about doubled in the second half of 2020 to $1.736 trillion compared to the first half of the year, according to S&P Global Market Intelligence's latest M&A and equity offering report.

Covered Bonds in New Markets: Expect Only a Gradual Recovery 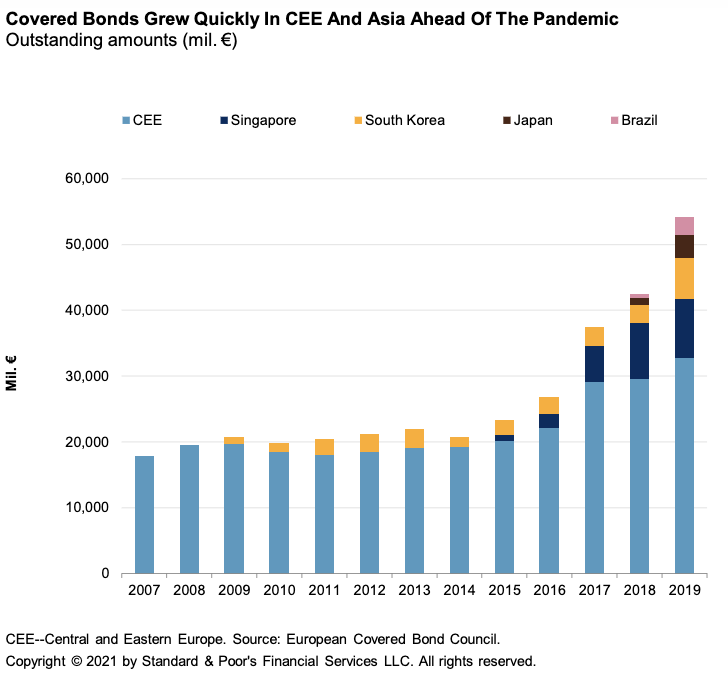 Weak asset growth and limited funding needs will constrain volumes in 2021, but the outlook remains positive because of the role that covered bonds could play in mobilizing private capital toward mortgage financing in new markets.

In this case study S&P Global Market Intelligence shows how business risk and financial risk scores can help with gauging future changes to a Corporate issuer credit ratings over a certain time horizon, which may help credit risk and investment managers better monitor and manage their portfolios.

Cryptocurrencies Are Still Mostly About Speculation, Not Payment 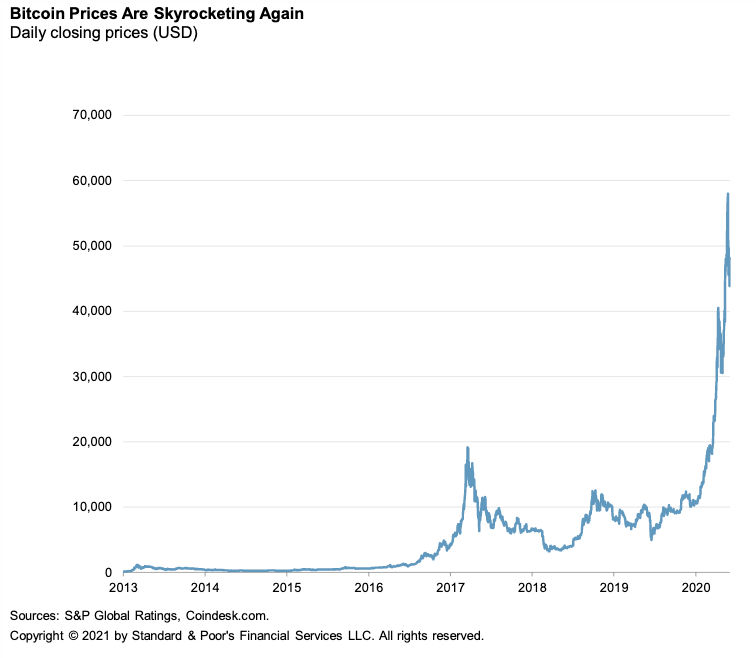 Financial markets are getting excited again about cryptocurrencies—especially bitcoin after prices rallied to record highs in February. However, S&P Global Ratings believes cryptocurrencies continue to be speculative instruments, which investors mostly use as a store of value rather than a means for commerce, despite some moves toward broader adoption.

Amsterdam Exchanges Storm Ahead After Brexit, but London Plots Renewal

Amsterdam has shoved London aside to become Europe's biggest share trading venue post-Brexit, but the British capital is already fighting back with a series of financial reforms. The Dutch city's share trading venues posted a higher average daily value of shares traded than London, at €9.2 billion compared with €8.6 billion, for the first time in January.

After almost four years of underperformance, the S&P 500® Equal Weight Index outperformed the S&P 500 by 1.6% over the past 12 months. This result may be the beginning of a trend in mean-reversion that S&P Dow Jones Indices observes from the exhibit’s historical peaks and troughs.

The S&P 500® was launched on March 4, 1957, which marked its 64th birthday. The S&P 500’s construction, its historical performance, its large ecosystem, and its challenge to active managers all help to explain the index’s relevance and appeal. 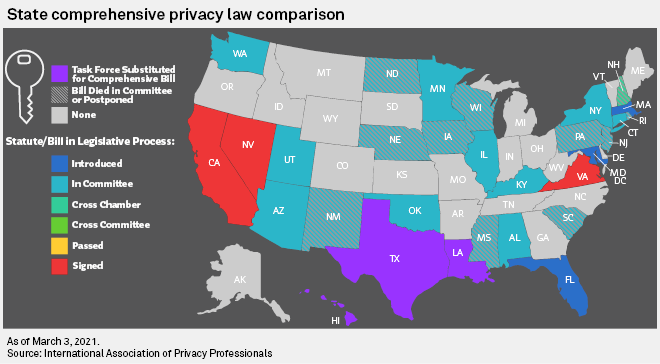 Virginia Gov. Ralph Northam signed a sweeping piece of consumer data protection legislation into law this month, making Virginia the second state to pass a comprehensive data privacy law, according to privacy experts. The new law marks the latest chapter in an expanding patchwork of state actions on privacy.

Antitrust Set to Be Back in the Spotlight in Congress

Antitrust reform has been in the spotlight for much of the last two years in Congress. On the House side, a subcommittee released a detailed report in October 2020 that accused major online platforms of having monopoly power and recommended structural separations of certain businesses. 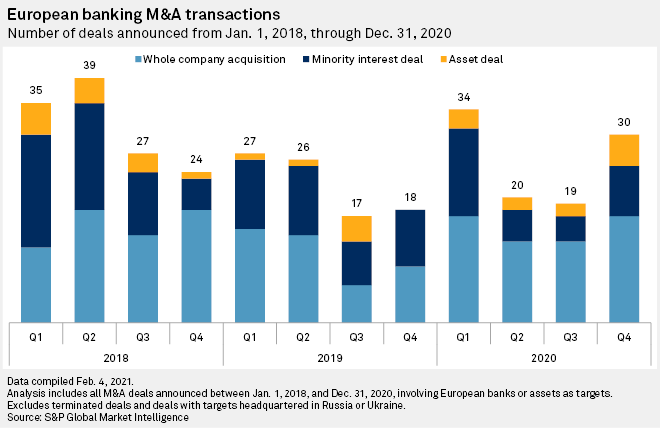 Bank shares are cheap, interest rates are low, regulators are keen and the COVID-19 pandemic has increased the need for digitalization and restructuring — all in all, the perfect confluence of factors to boost M&A activity in European banking over the next few years, according to market observers.

Weak profits, rising costs and the lack of scale to compete in a still-fragmented market have been driving European domestic bank consolidation for some time, particularly in overbanked markets such as Spain and Italy. Italy booked the highest number of announced bank M&A deals in 2020 and Spain recorded the strongest year-over-year increase in deal volume, according to data compiled by S&P Global Market Intelligence.

India Banks Need to Account for Climate Risk With $84B at Stake, Warns Nonprofit

The CDP, formerly known as the Climate Disclosure Project, has been lobbying banks to measure and disclose the risk climate change may pose to their portfolio. The CDP says Indian banks and policymakers need to plan for the country's move away from its reliance on carbon and the recovery from the COVID-19 pandemic offers an opportunity for a reset.

Most large utilities are already working to cut carbon emissions, and some with lower-emitting portfolios have welcomed Biden's proposal. But generators have broadly urged caution amid resilience concerns following recent power outages in Texas and as a wave of new natural gas-fired plants is planned to come online.

As electric and gas utilities contemplate investing in low-carbon hydrogen and the technology to produce it, the high price of today's supplies and equipment — and the potential for cost declines — are major considerations. At the CERAWeek by IHS Markit conference, hydrogen experts and stakeholders expressed confidence that the cost curve will indeed bend in the coming years.

Sustainable aviation fuel has been slow to take off in Asia but the increased thrust on carbon emissions, a need to maintain reputational goodwill along with ready feedstock availability will likely hasten the momentum toward SAF, industry sources said at the S&P Global Platts 8th Asian Refining Virtual Summit.

Conversations at this year's CERAWeek by IHS Markit, held virtually this year after being canceled in 2020 due to the pandemic, were wide ranging, although energy transition was often the main topic. Operators remain slow to resume pre-pandemic drilling activity in the prolific Permian despite higher commodity prices, while anticipated federal restrictions might hinder production growth further in the years ahead, particularly in the New Mexico portion, according to US Federal Reserve Bank of Dallas.

Saudi Arabia made good on its pledge to cut an additional 1 million b/d of its crude production in February, driving total output by OPEC and its Russia-led allies to a four-month low, according to the latest S&P Global Platts survey.