ESG at the Forefront: The Investment Industry Strives for Net Zero

As global economic activity screeched to a halt during last year’s sudden lockdowns, carbon emissions dropped by the most since World War II. In response, the world’s three biggest emitters—China, the U.S., and the EU—have increased their commitments to investing in the energy transition and expanding climate policy, but the global economic recovery is causing a rebound of emissions in those regions and elsewhere.

"The rebound in global carbon emissions toward the end of last year is a stark warning that not enough is being done to accelerate clean energy transitions worldwide," IEA Executive Director Fatih Birol said. “This year is pivotal for international climate action—and it began with high hopes—but these latest numbers are a sharp reminder of the immense challenge we face in rapidly transforming the global energy system.”

Continued declines in global emissions will be dependent on economies’ committing to and acting upon plans to achieve net-zero targets.

China is expected to release its energy transition roadmap this month, after President Xi Jinping said in September that the country aims to reduce emissions to net-zero by 2060 and is on track to reach its current goal of peak carbon emissions by 2030 under the Paris Agreement. U.S. Special Presidential Envoy for Climate John Kerry said this week that the country will be able to compartmentalize geopolitical tensions with China in order to collaborate on their ambitious climate plans, according to S&P Global Platts. This week also saw House of Representatives Democrats introduce an updated version of a broad climate action bill that would direct the U.S. to 100% clean electricity generation by 2035, according to S&P Global Market Intelligence. Meanwhile, the EU’s climate plans have been challenged by the international trade accord Energy Charter Treaty that protects foreign investments in energy supplies.

“If current expectations for a global economic rebound this year are confirmed—and in the absence of major policy changes in the world's largest economies—global emissions are likely to increase in 2021,” the IEA’s Mr. Birol said.

The factors that prompted last year’s decline in emissions likely won’t result in long-term or permanent decreases because they were unrelated to the underlying issue of the fossil fuel energy generation that powers the global economy, according to a study published by Global Carbon Project scientists in the Nature Climate Change journal on March 3.

Despite the reality that “most current COVID-19 recovery plans are in direct contradiction with countries’ climate commitments,” the Global Carbon Project determined that “economic stimuli on national levels could soon change the course of global emissions if investments towards green infrastructure are enhanced while investments encouraging the use of fossil energy are reduced.”

The United Nations Framework Convention on Climate Change warned on Feb. 26 that nations’ Paris Agreement-aligned pledges fall short of limiting global temperature rise to 1.5 degrees Celsius. Current commitments would lower collective global emissions by just half a percent, while a 45% reduction from 2010 levels is needed by 2030.

Today is Thursday, March 4, 2021, and here is today’s essential intelligence. 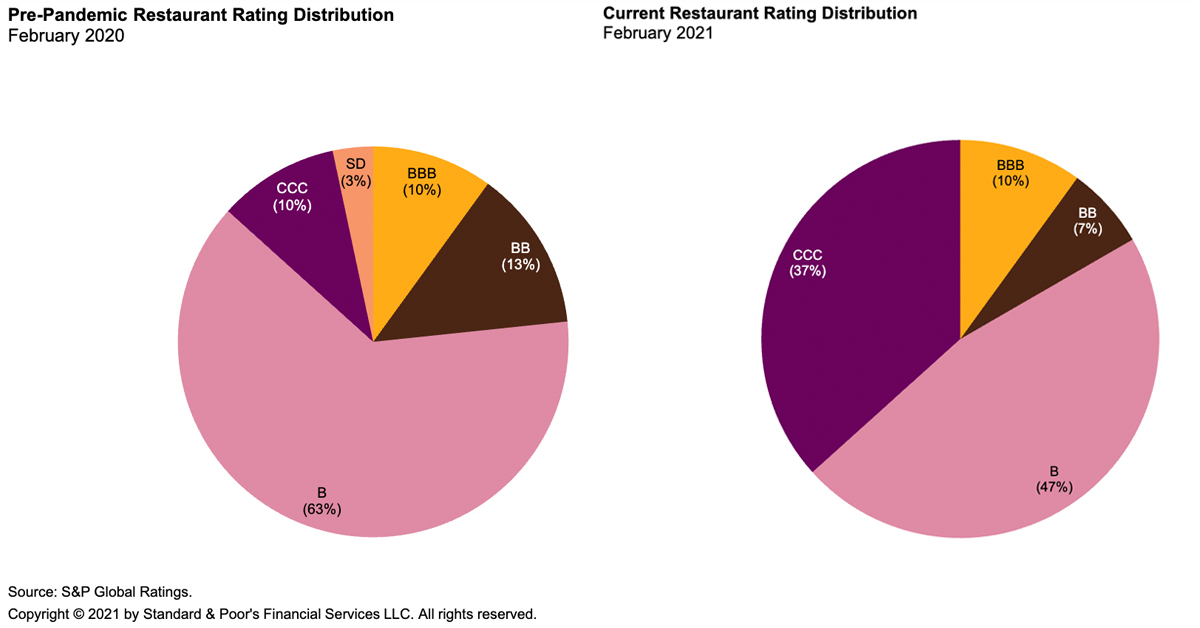 Restaurant demand has partially rebounded thanks to growing quick service restaurant sales while the casual dining sector still faces multiple obstacles. A return to normalcy in away-from-home dining and entertainment may prove elusive with lasting consequences changing how the industry operates.

Lingering scars from COVID-19 containment, structural pressures, balance sheet repair, and ESG risks continue to dominate the outlook for many Australian and New Zealand companies, particularly those that suffered the brunt of the lockdowns.

In February, 34 companies filed for bankruptcy protection, a decline from 46 in January and the 2020 single-month peak of 70 in June. The two-month total for 2021 stands at 80 bankruptcies, a slowdown from the 98 in the same period in 2020 and a slower clip than all but three of the prior 11 years, according to S&P Global Market Intelligence data. Bankruptcies jumped to a 10-year high in 2020 as the coronavirus pandemic hammered already struggling companies. 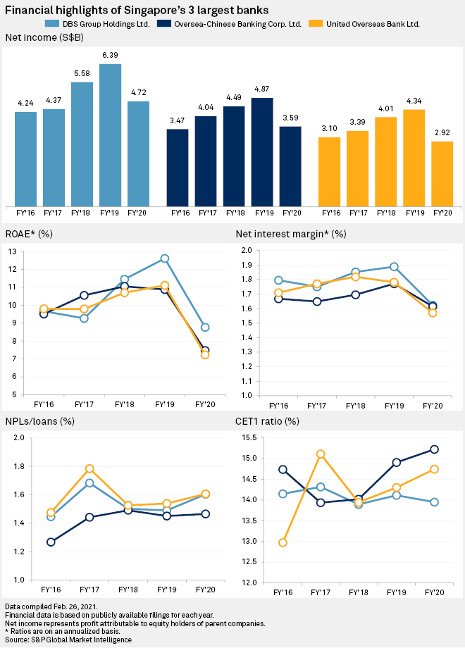 Net interest margins at DBS Group Holdings Ltd., Oversea-Chinese Banking Corp. Ltd., and United Overseas Bank Ltd. declined between 0.16% and 0.27% through last year to reach the lowest in five years. However, the pace of margin compression slowed by the fourth quarter, indicating that the decline may have bottomed out. Analysts believe that margins will stay stable in 2021 as the economy recovers from the pandemic.

2020 was a year like no other and the PE industry has felt the impact. But despite its challenges, the industry has proven resilient and adaptable to the new working environment. PE/VC investors are optimistic about deal activity and are gearing up to deploy a vast amount of capital that could not be put to work last year.

EMEA Deal-Making Muted in Q4 2020, With No Mega Deals in Sight 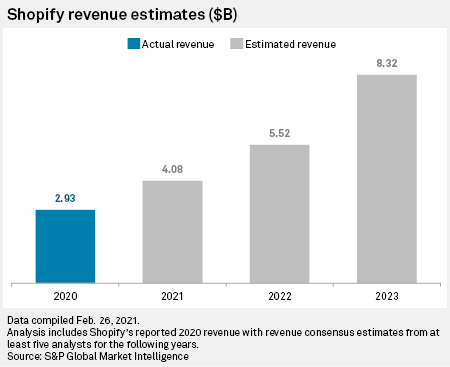 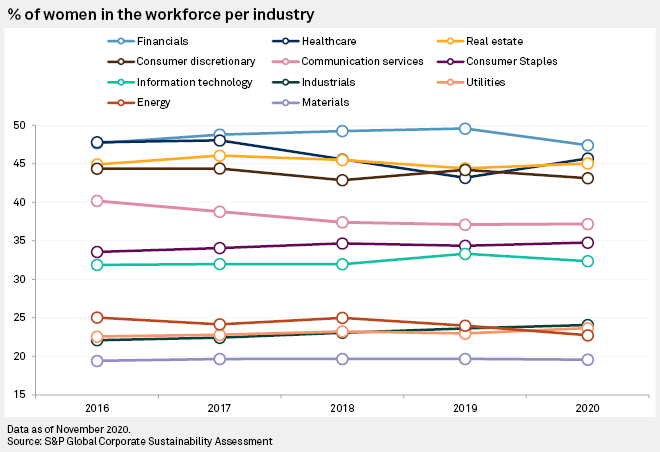 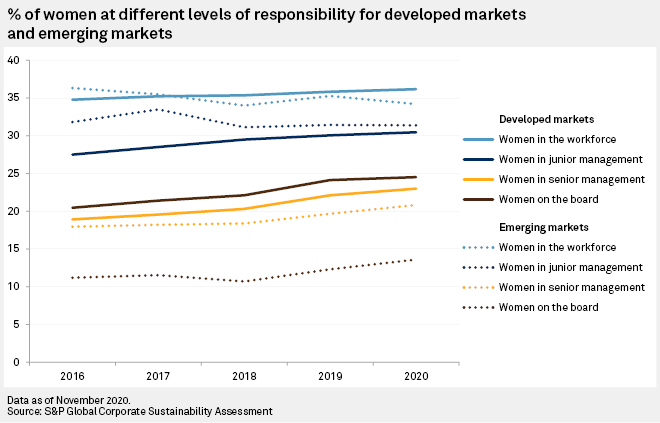 Governments need to enact reforms ensuring gender equality is a priority in their coronavirus recovery plans, and a lack of gender equality in laws and regulations worldwide comes at a cost for the economy generally, according to a new report by the World Bank.

The current voluntary disclosure regime for climate and other sustainability issues in the U.S. has failed to produce the level of consistent, comprehensive and comparable information that investors need, U.S. Securities and Exchange Commission Acting Chair Allison Lee said at a March 1 CERAWeek conference hosted by IHS Markit.

The World Trade Organization is launching a Trade and Environmental Sustainability joint initiative group which was expected to be a forum for the discussion of carbon border taxes. Some 53 WTO member countries are slated to take part in the group's inaugural meeting on March 5, which will identify goals and objectives related to trade and sustainable development, a WTO official told S&P Global Platts.

Ryse Hydrogen plans to install a 6 MW electrolyzer at the Sizewell nuclear site in Suffolk as a launchpad for mass production of low carbon hydrogen in and around the future freeport of Felixstowe, company founder Jo Bamford told S&P Global Platts March 3.

After over a year of reiterating the low-cost message, the shale gas sector chose the start of 2021 to roll out environmental goals designed to help maintain the fuel's public image as "clean burning" while satisfying demands for emissions reductions. OPEC+ ministers will try to bridge their philosophical differences on how to manage the oil market's pandemic recovery when they meet March 4, as a key advisory committee issued no recommendation on April output levels.