The Potential Value of U.S. Equity Allocation to Chinese Investors

What Canada Is Missing

In less than three months, this year’s surge of listings of special-purpose acquisition companies, or SPACs, has already topped last year’s total record. Bitcoin’s boom has sent the cryptocurrency past $60,000 for the first time. A sudden frenzy over nonfungible tokens, or NFTs—digital assets verified by blockchain technology that take shape as images, songs, or videos—has resulted in a piece created by the artist known as Beeple to sell for $69 million.

Market activity coalescing around arguably some of the riskiest and definitely some of the most non-traditional assets has amplified concerns about asset bubbles and illustrated the need for a normalization of such esoteric investments.

Investors have already deemed 2021 to be the year of the SPAC. As an alternative to typical initial public offerings (IPOs), SPACs are blank-check organizations that launch to be acquired and merged with private companies that take over their public listings. The past 70 days have already seen 231 new SPAC listings, sending this year’s activity soaring beyond the previously unprecedented 227 IPOs in all of 2020 that raised upwards of $100 billion, according to S&P Global Market Intelligence. The momentum is likely to accelerate.

"Going forward, the SPAC will be the right answer for many companies," Carlos Alvarez, UBS Group’s head of permanent capital solutions, told S&P Global Market Intelligence. "I don't think this is a fad or a blip. The markets will ebb and flow, as they always do. But 2020 likely will be the year where SPACs have gone mainstream, and I don't think I can see a reversal of that in the future. I think they're here to stay."

Asia-Pacific economies—particularly Hong Kong, Singapore, and those in Southeast Asia—have responded in differing ways to the swell of SPAC activity across the region that raised $2.4 billion last year, up from 2019's $613 million, according to S&P Global Market Intelligence. Post-Brexit Britain is looking to relax its rules surrounding SPACs to compete with Amsterdam’s financial industry. Elsewhere in Europe, more Europe-based SPACs could debut on regional indexes after five of the eight Europe-based SPACs that went public last year were listed on U.S. exchanges. Already four blank-check companies based in the region have debuted on European exchanges this year.

Many market participants have said SPACs have proven benevolent for a wide range of industries spanning biotech to mining. But others have expressed concern that the flurry of activity has moved faster than the marketplace is prepared for.

That doesn’t mean there will be a market correction or pivot of investor interest anytime soon. "SPACs will always be attractive to a certain type of company,” Kristi Marvin, founder of SPACInsider.com and a former investment banker, told S&P Global Market Intelligence. “This year has been an educational process for the market. Now that the genie's out of the bottle, SPACs aren't going to go away."

The mood surrounding SPACs is similar to that around cryptocurrencies. Cryptocurrencies’ climb is likely to energize underdeveloped markets like the U.K., which accounts for just 6% of global cryptocurrency funds that collectively hold $25.1 billion under management, according to Crypto Fund Research. Industry participants told S&P Global Market Intelligence that U.K. investors are beginning to see past the instruments’ volatility and focus on the opportunity crypto can bring to balance portfolios against inflation.

But despite the excitement surrounding cryptocurrencies and their accessibility leading to broader adoption, S&P Global Ratings considers the decentralized digital currencies like bitcoin to still be speculative storers of value rather than means of commerce that could dramatically transform the financial system.

“We believe regulators and much greater public confidence are the keys to more widespread use. In the long run, we see a greater chance of large-scale adoption of central bank digital currencies as a means of payment than private digital currencies,” S&P Global Ratings said in a recent report. “In our view, ultralow interest rates, substantial liquidity, growing inflation expectations, and high valuations for other securities may have contributed to the renewed interest by investors in bitcoin … If bitcoin prices were to nosedive, retail investors would feel most of the heat because we understand they represent most of the market's activity either directly or through investment in funds. The damage would unlikely be felt beyond this group of investors.”

Today is Monday, March 15, 2021, and here is today’s essential intelligence. 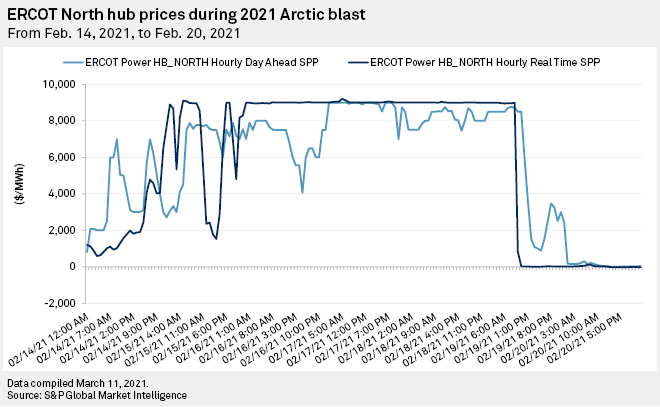 The intensifying debate over whether to reprice certain sky-high power transactions during the Arctic blast that left millions of Texans without power for days and nearly took down its entire electric grid erupted March 11 into a fierce showdown in the state capitol. 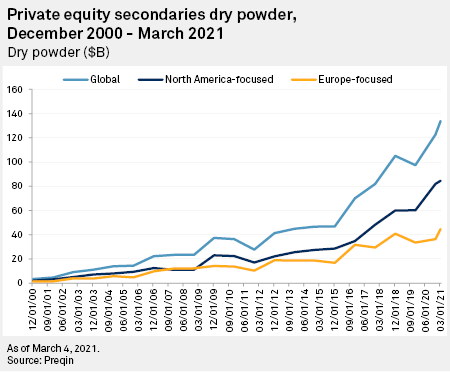 After largely wrapping up the selling of a $2 billion portfolio of limited partner interests at UBS at the end of 2003, Nigel Dawn — on the advice of UBS' head of the private funds group, Richard Allsopp — wrote a two-page business plan advising other limited partners on ways to get liquidity in the market.

Despite a lower-than-expected economic growth target for 2021, China's bank loan growth will likely remain in the low to mid-teens this year, driven by the nation's ambition to become more self-reliant in technology and domestic demand over the coming years, analysts say. 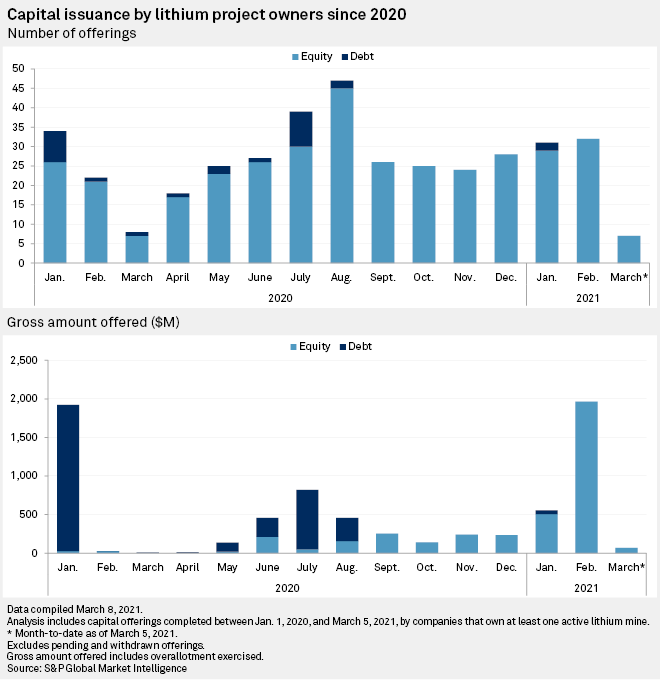 Collaboration between different stakeholders in the maritime industry will be key to achieving impending stricter decarbonization goals and developing alternative fuels at a time when there are pressures on shipping to explore cleaner fuels, including LNG, while also pursuing digitalization, industry experts said during a webinar.

China consumes around 50% of world's copper and will continue to play a critical role in the market this year. S&P Global Platts metals experts Keith Tan and Han Lu examine China's appetite for copper concentrates as its economy recovers from the coronavirus pandemic. They also discuss what the market can expect in the second quarter, and give methodology and specification details on Platts clean copper concentrate assessments.

Russia's hard-won crude output quota increase will come in handy in 2021 as the recovering market calls for additional barrels, analysts said, while the country's own production flexibility and spare capacity needs to be exercised to ensure stable supply in the long term.

After Shipping Grains, A Capesize Is Moving Logs In A Rare Move

If loading grains on big Capesize ships was unusual, shipping wooden logs on these huge bulkers is an exceptional move by traders in their quest to keep freight costs under check.