Ending An Era Of Easy Money, ECB Plans Rate Hike For Next Month

Entering a new era, the European Central Bank plans to raise interest rates by a quarter of a percentage point next month for the first time in more than a decade, and stop buying billions of euros worth of bonds.

At the conclusion of its Governing Council meeting in Amsterdam today, the ECB confirmed its plans to implement a 25 basis-point (bps) rate hike at its next meeting on July 21, and will end its remaining asset purchases at the start of that month. This marks a major move for the eurozone’s central bank, which hasn’t raised interest rates since 2011, and will end an era of loose policy and easy money. The Governing Council’s policy statement signaled that another rate hike would likely come in September.

While the ECB has taken a notably softer approach to confronting current conditions than other major central banks like the U.S. Federal Reserve, the bloc is facing the highest levels of inflation, at 8.1% in May, since the euro was created in 1999. The Governing Council vowed to ensure that inflation returns to its 2% target in the medium-term, but now expects annual eurozone inflation to significantly rise to 6.8% this year—alongside GDP growth of just 2.8% in 2022 for the bloc.

“The ECB’s effective policy rate could reach 1.5% as early as the end of 2023, with the first 25 basis point hike in all three policy rates scheduled for July 2022, and the second for September 2022, possibly at larger increment. Balance sheet unwinding will take more time, as the ECB has not yet committed to ending reinvestments of maturing securities held under quantitative easing,” S&P Global Ratings Chief Europe Economist Sylvain Broyer said in research published today. “That said, the ECB's decision on the future of its targeted longer-term refinancing operations will also affect the pace and scope of the balance sheet unwinding. Bond market conditions have tightened, but the effect of the ECB's balance sheet expansion on the term premium will likely continue to depress long-term yields by around 90 bps until balance sheet unwinding starts.”

Rising interest rates are expected to pose both challenges and opportunities to Europe's residential mortgage-backed securities markets and underlying mortgage markets, and ultimately may evolve products and structures in certain key new issue markets, according to S&P Global Ratings.

Higher rates are expected to boost British, Italian, Spanish, German, Danish, Austrian, French, and Dutch banks’ profits this year and into 2023, according to S&P Global Ratings research published this week. S&P Global Ratings’ recent survey of 85 large European banks' regulatory disclosures found that a 200 bps increase in interest rates would boost banks' annual net interest income by an average of approximately 18% compared to 2021, excluding Swiss banks. However, higher inflation and the indirect implications of the war in Ukraine are likely to spur Europe’s largest banks to increase their loan loss provisions in the near-term, according to S&P Global Market Intelligence, which found in a recent analysis that 20 of the 25 largest European banks booked higher provisions for the first quarter of 2022 than they did last year.

Today is Thursday, June 9, 2022, and here is today’s essential intelligence. 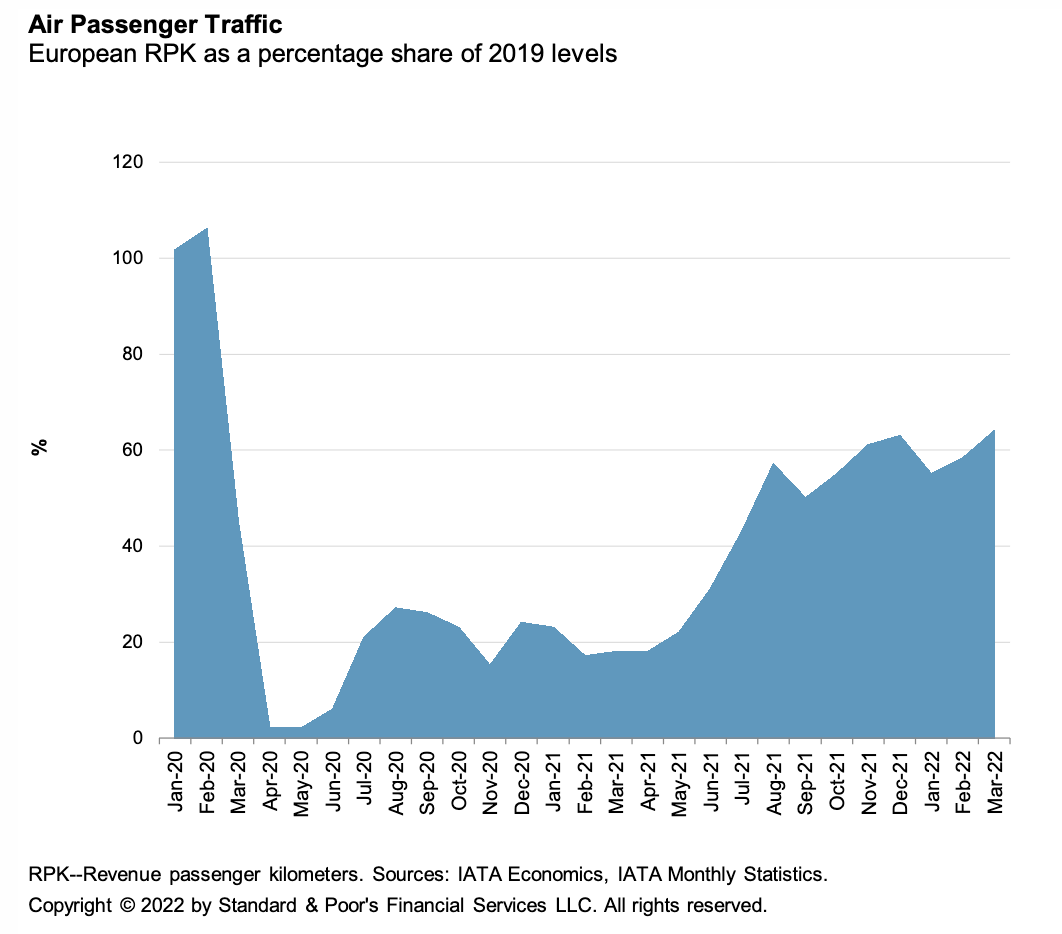 The recent pick-up in air traffic growth will gather pace this summer. This follows the short-lived omicron-related disruption before positive traffic momentum resumed in March 2022 and improved further in April and May. Airlines' planned capacity deployment in third-quarter 2022 will likely approach pre-pandemic levels, to match the surge in summer holiday bookings. 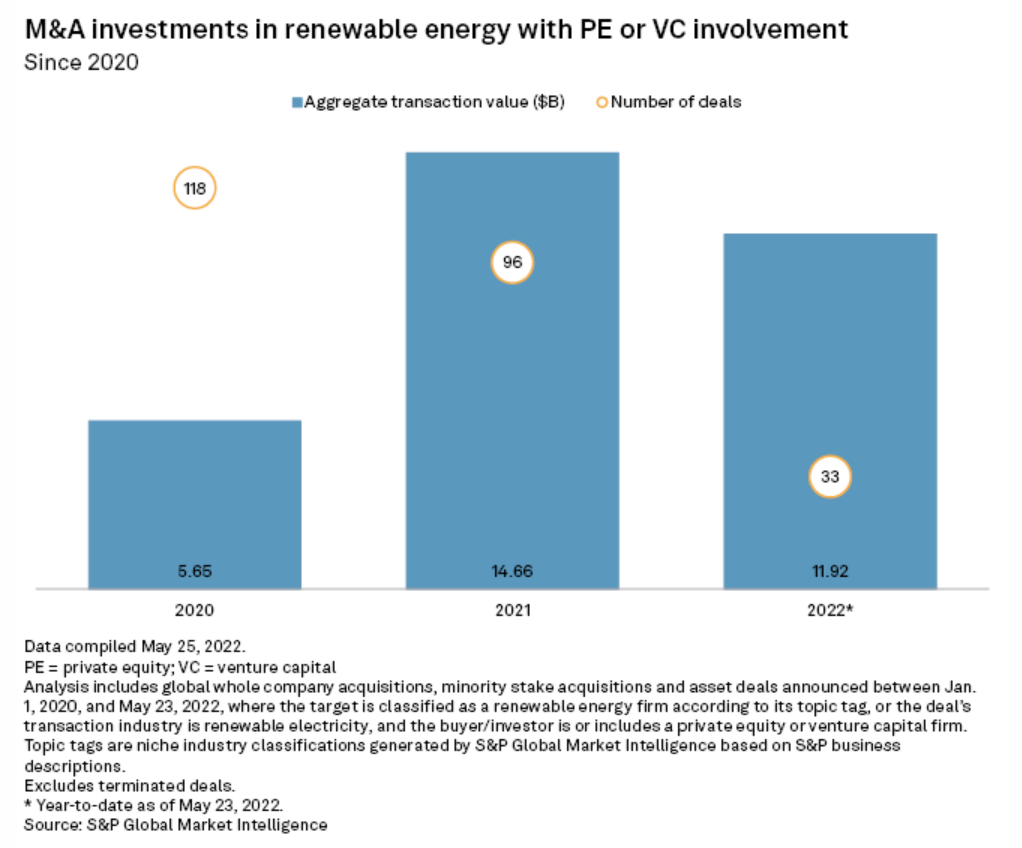 Private equity and venture capital investment in renewable energy increased about 144% to $11.92 billion across 33 deals in the year to May 23 from $4.89 billion across 33 transactions recorded in the same period in 2021, S&P Global Market Intelligence data shows. The figure in 2022 is fast approaching the full year 2021 private equity investment in the sector of $14.66 billion. 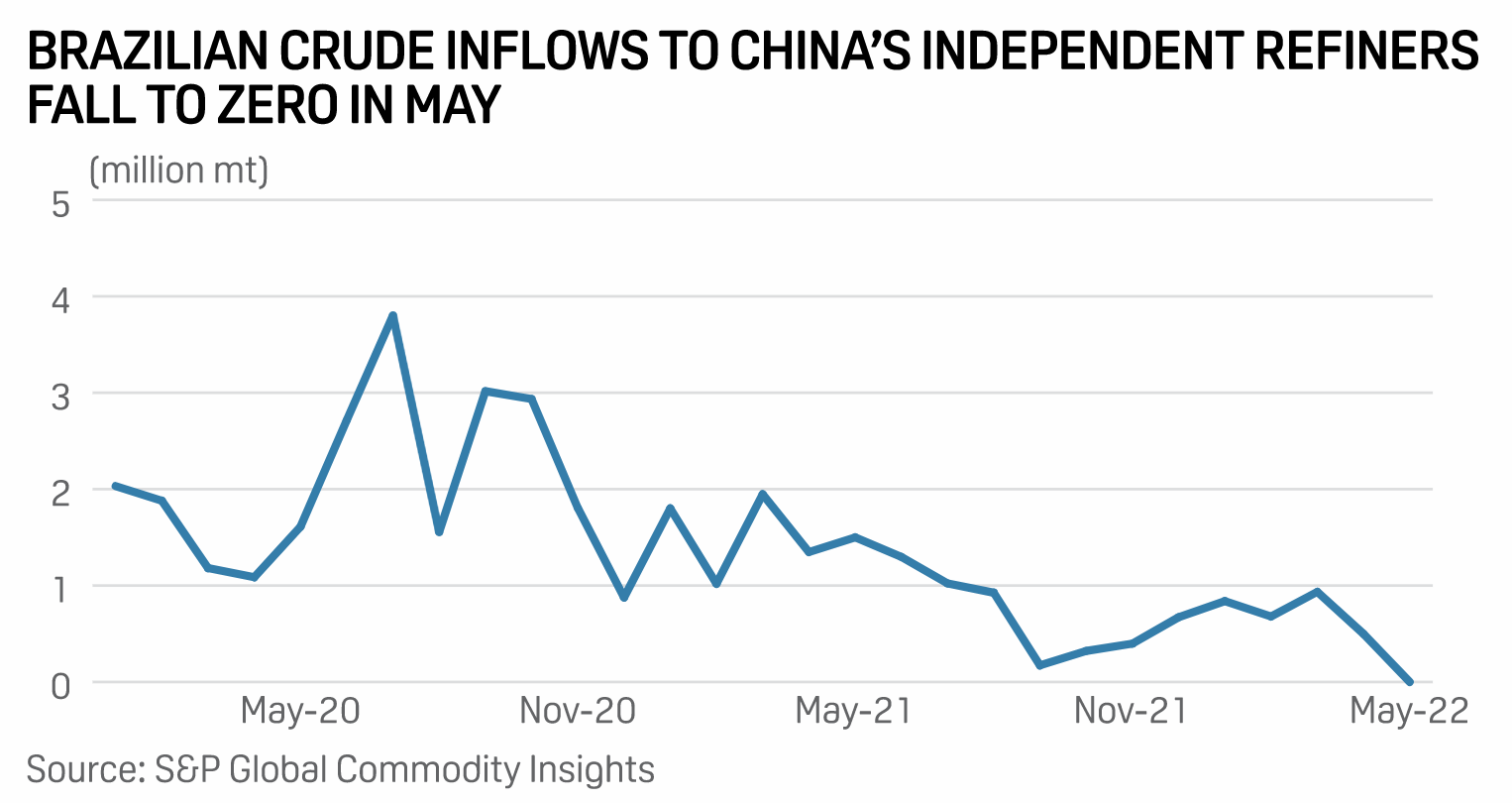 Brazilian crude flows to China's independent refineries in May fell to zero for the first time since January 2016 as buyers turned to attractively priced barrels from Russia and Iran, a move that would potentially help the refiners to boost their refining margins, S&P Global Commodity Insights' data showed June 8. Once a strong favorite of the Shandong-based independent refiners, shipments from the South American exporter has been on a downward trend since July 2020, when volumes hit a historic high of 3.8 million mt, or 899,000 b/d, S&P Global data showed. 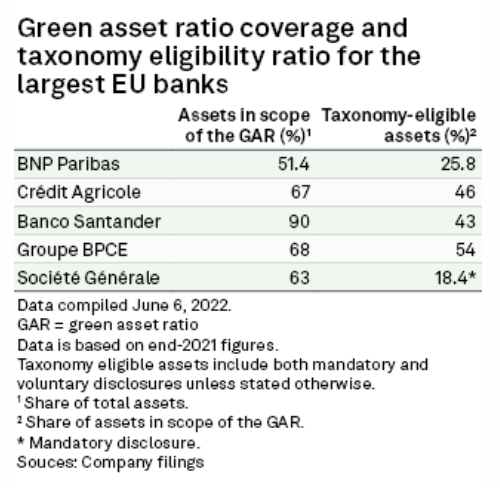 Substantial sums of banking assets will not be included in the scope of the upcoming green asset ratio, revealing the metric's shortcomings in accurately comparing European lenders' environmental efforts. The European Banking Authority will require around 150 lenders to publish a so-called green asset ratio, or GAR, from 2024. The ratio is slated as a comparable and harmonized metric showing environmentally sustainable assets as a percentage of lenders' banking books. Banks will follow a common classification system, the EU's taxonomy, to define a "green" asset. 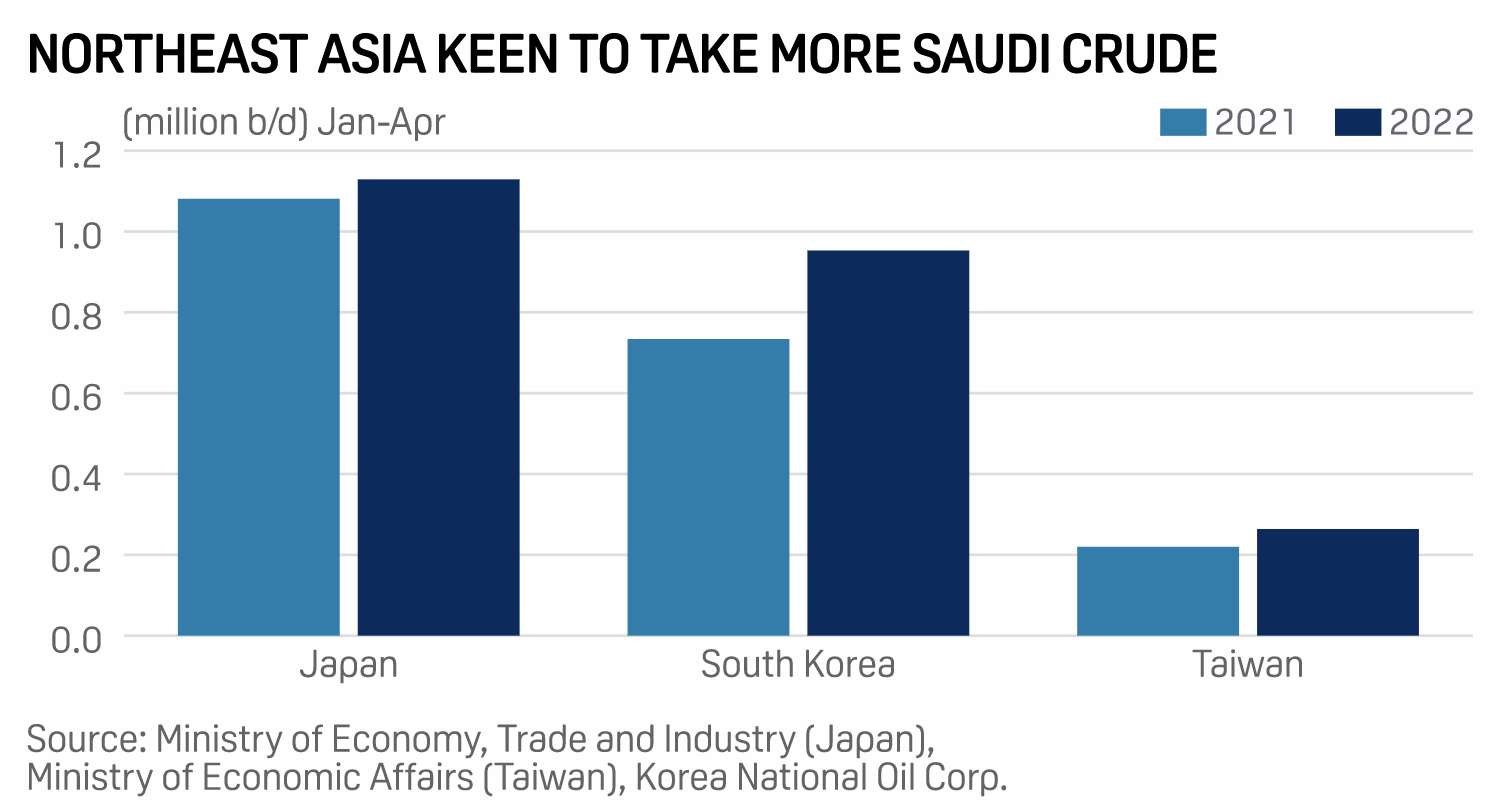 Asia is breathing a sigh of relief amid growing expectations that the move by the OPEC-led alliance to boost supplies as well as sustained releases from the US strategic reserves will finally help to clear the uncertainty over cargo availability and rectify the mismatch between global demand and supply. With China's demand recovering after lockdowns and the rest of Asia pushing to reopen their economies, analysts said the incremental supplies should provide breathing space to refiners at a time when they are scouting for clarity on how the EU insurance ban on Russian cargoes might affect cargo flows.

Private Equity Reboots Its Approach To Technology As Competition Heats Up

Private equity has reached a new stage of maturity in technology and data analytics. The focus of investment has moved from operations to investment teams, with a newly sharpened focused on competing for dealflow. S&P Global Market Intelligence’s recent survey of 30 senior executives from U.S. PE firms with at least $2 billion assets under management reveals a new reality of increased focus on big data and analytics. The survey, conducted by Mergermarket on behalf of S&P Global Market Intelligence, paints a clear picture of how the increased velocity of the market has led many to look to technology for an edge in deal sourcing and diligence