With the support of 21 senators on both sides of the political aisle, U.S. President Joe Biden brokered a long-awaited $579 billion infrastructure agreement that, pending its passage in tandem with separate provisions of the American Families Plan, would introduce unprecedented investment in clean energy infrastructure.

The bipartisan deal would bring total federal investment in infrastructure to nearly $1 trillion over five years--less than the Biden Administration’s initial $2.3 trillion proposal announced in late March. The new agreement would allot $73 billion to power-infrastructure development, $21 billion for environmental remediation, $7.5 billion for electric-vehicle (EV) infrastructure, and $7.5 billion for electric buses and transit. It also includes the creation of 500,000 EV charters, power grid modernization to optimize renewable energy, and more—representing what President Biden described as two-thirds of the energy- and climate-related investments he had originally proposed, according to S&P Global Market Intelligence’s reporting.

The Biden Administration said it plans to finance the Bipartisan Infrastructure Framework in part by selling crude oil from the U.S. Strategic Petroleum Reserve. Doing so could raise more than $45 billion at current oil prices—with NYMEX August WTI futures trading around $73 per barrel on June 24—if the stockpile of 624 million barrels were to be fully deployed, according to S&P Global Platts.

“Now that the American Rescue Plan (ARP) is pumping through the U.S. economy, attention has turned to another package: infrastructure … Unlike the ARP, which is demand-driven stimulus that usually doesn't pay for itself, infrastructure, if chosen wisely, may be a long-term solution, providing the productivity boost needed to help get the U.S. expansion back on track,” S&P Global Ratings Chief U.S. Economist Beth Ann Bovino told the Daily Update. “In dollar terms, the project will create more in economic activity than it would cost.”

Sizable infrastructure investment is needed to aid in the post-pandemic recovery now and into the future to expand U.S. GDP, fuel job growth, and boost productivity, according to previous S&P Global Economics research.

“We believe the multiplier today would still be above its 1.0x neutral mark. We suspect that economic benefits would outweigh costs, with a multiplier possibly closer to the CBO's high multiplier of 1.8x,” Dr. Bovino said. “But, even if we used the CBO's average multiplier from infrastructure investment, the U.S. economy would still add an additional $1.3 trillion to the economy over the project's timeframe, with more benefits later on, assuming the project was productivity-generating.”

Because interest rates remain low, the unemployment rate is currently at 5.8% (or 8.1% when adjusted for all individuals who left the workforce since February 2020), and commodity prices are still high albeit ‘transitory’ as the Fed believes, prices would be lower when the shovel hits the ground under the proposed infrastructure plan, according to Dr. Bovino.

The energy transition from fossil-based systems of energy production and consumption—including oil, natural gas, and coal—to renewable energy sources such as wind and solar is already underway as the race toward decarbonization intensifies. The passage of the Bipartisan Infrastructure Framework would likely revolutionize outdated power distribution systems that are vulnerable to extreme weather events and worsening climate risk, and can’t meet the increased demand that rising electrification will bring. Research has shown that the U.S. will need to at least double or triple its transmission capacity to meet the Biden Administration's mid-century net-zero target, according to S&P Global Market Intelligence.

"Today is a huge day for one-half of my economic agenda, the American Jobs Plan” that in its bipartisanship "represents an important step forward for our country,” President Biden said during a June 24 press conference. “What we agreed on today is what we could agree on: the physical infrastructure. There’s no agreement on the rest,” he said, adding that the fate of the bipartisan agreement lies in the passage of his broad agenda. “If this is the only one that comes to me, I’m not signing it.”

Today is Friday, June 25, 2021, and here is today’s essential intelligence. 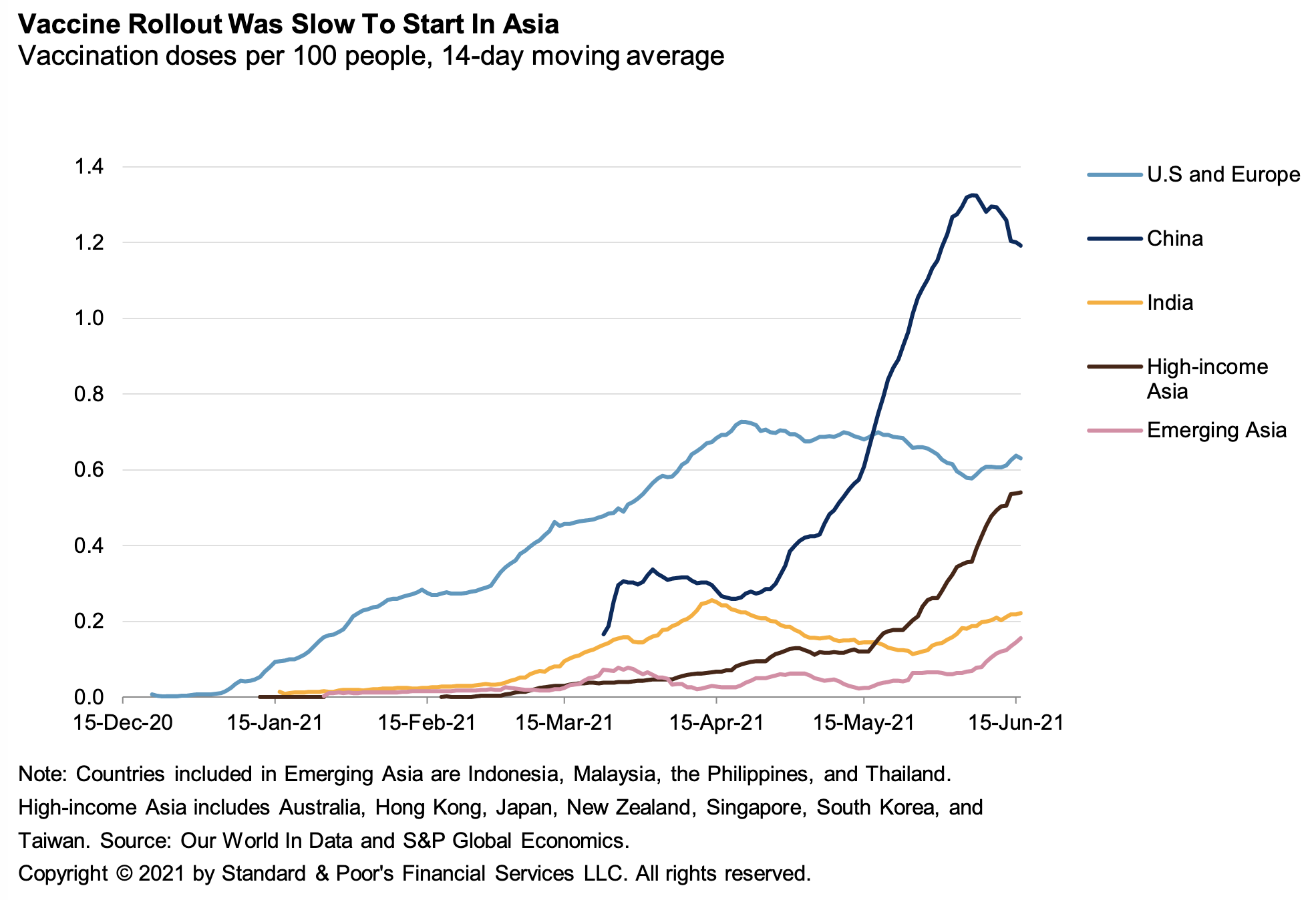 Asia-Pacific's recovery is mostly on track. Early stumbles during the vaccine rollout are giving way to redoubled efforts to vaccinate and open up.

S&P Global Ratings has revised upward their forecast for eurozone growth to 4.4% this year and 4.5% in 2022, seeing broader implementation of fiscal stimulus under the Next Generation EU plan and weaker contraction of GDP in the first quarter.

S&P Global Ratings has increased their 2021 GDP growth projections for the major economies in Latin America to 5.9% from 4.9%, due to better-than-expected performance of the services sectors so far this year. Households and business are adapting quickly to living in a pandemic, and lockdowns are having much less of an impact on activity than anticipated.

Foreign Brokers, Fish Out Of Water In China Market? 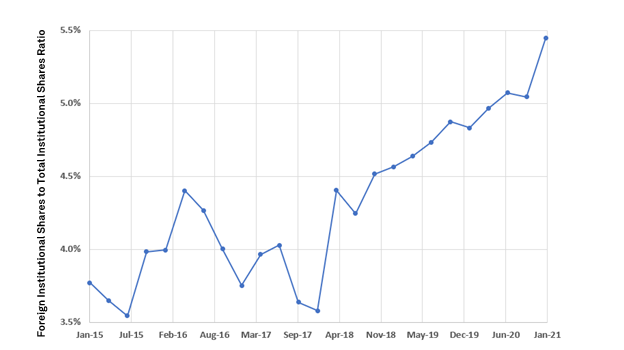 China’s Qualified Foreign Institutional Investors (QFII) program was launched in 2013. This was followed by the launch of the Stock Connect program between the exchanges in mainland China and Hong Kong in 2014, and then the inclusion of China A shares in the MSCI index in 2018. This resulted in greater accessibility of the China A shares market to all investors and market participants. 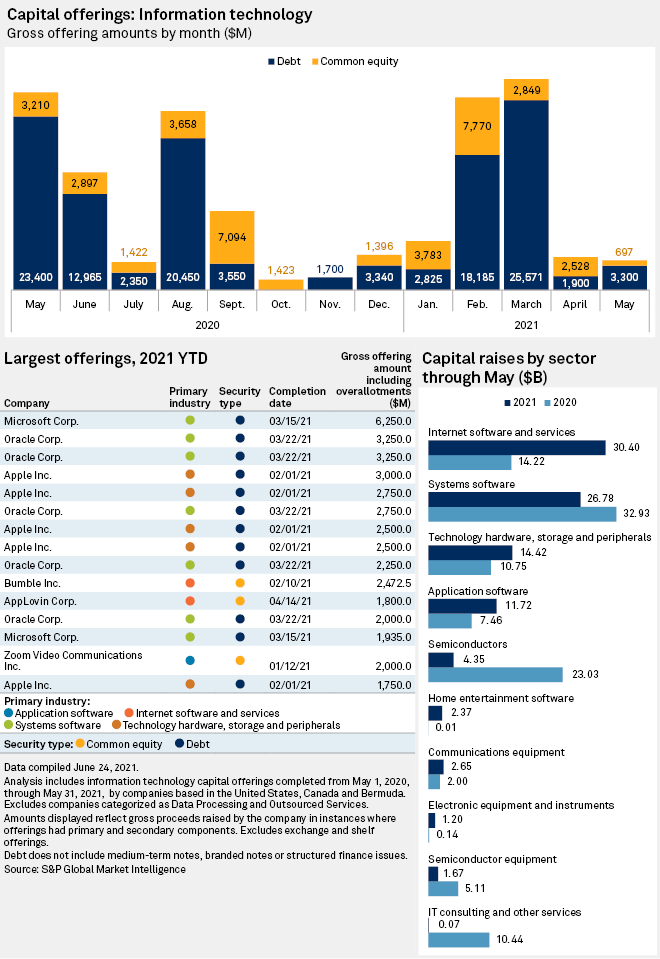 Publicly traded information technology companies in the U.S., Canada and Bermuda raised about $4.0 billion through capital offerings in May, the lowest monthly total so far in 2021. The majority of capital raised during the month came through senior debt offerings totaling $3.30 billion. The sector also raised about $697 million from common equity offerings.

Media companies in the U.S., Canada and Bermuda raised about $6.48 billion through capital offerings in May, marking the second-highest monthly total for the sector in 2021.

In March 2020, the COVID-19 pandemic triggered acute declines in metals prices, mainly due to a collapse in metals demand. Short- and long-term supply were also disrupted by mine closures and a wave of capital spending cuts in the mining sector. One year later, industrial metals market fundamentals are in a very different place, with copper and iron ore prices reaching historic highs. 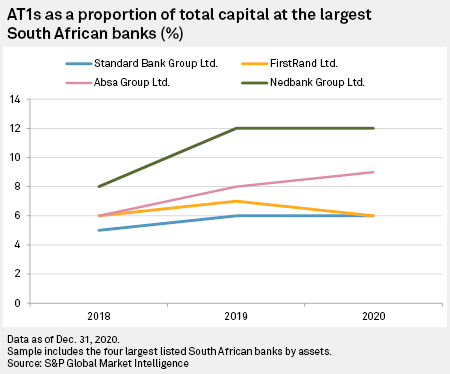 China's rural commercial banks remain among the least profitable lenders in the country, which may increase the pressure for them to consolidate, analysts say.

As bank M&A continues to heat up, investors could increasingly receive nice pops on their stakes in institutions selling for notable market premiums. Bank M&A activity has increased from the severely depressed levels recorded during 2020, when economic uncertainty created by the pandemic pushed many buyers to the sidelines. Anton Schutz, president and CIO Mendon Capital, said in the latest Street Talk podcast that recently announced deals likely were in the works before the pandemic began and conversations restarted once more clarity over credit quality and the pace of the recovery emerged. But, Schutz said more frequent deal announcements are beginning to occur.

Insurers That Spent The Most On Advertising In 2020 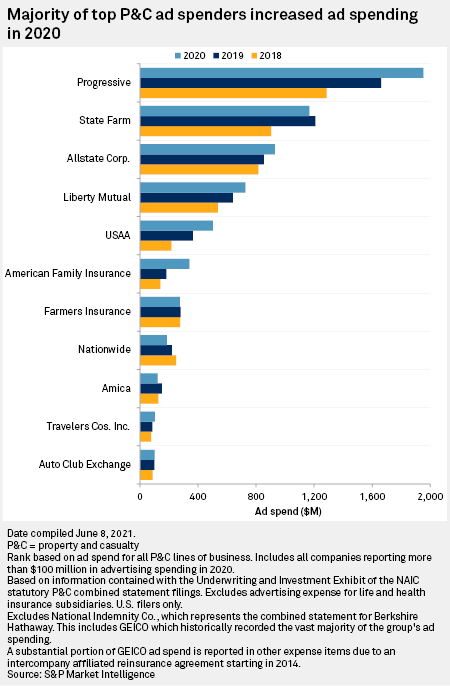 The COVID-19 pandemic forced many advertisers to do more with less. But insurance giant The Progressive Corp. opted to do more with more. Progressive spent $1.95 billion on advertising in 2020, according to an S&P Global Market Intelligence analysis of statutory data, 17.5% more than the $1.66 billion it spent in 2019. 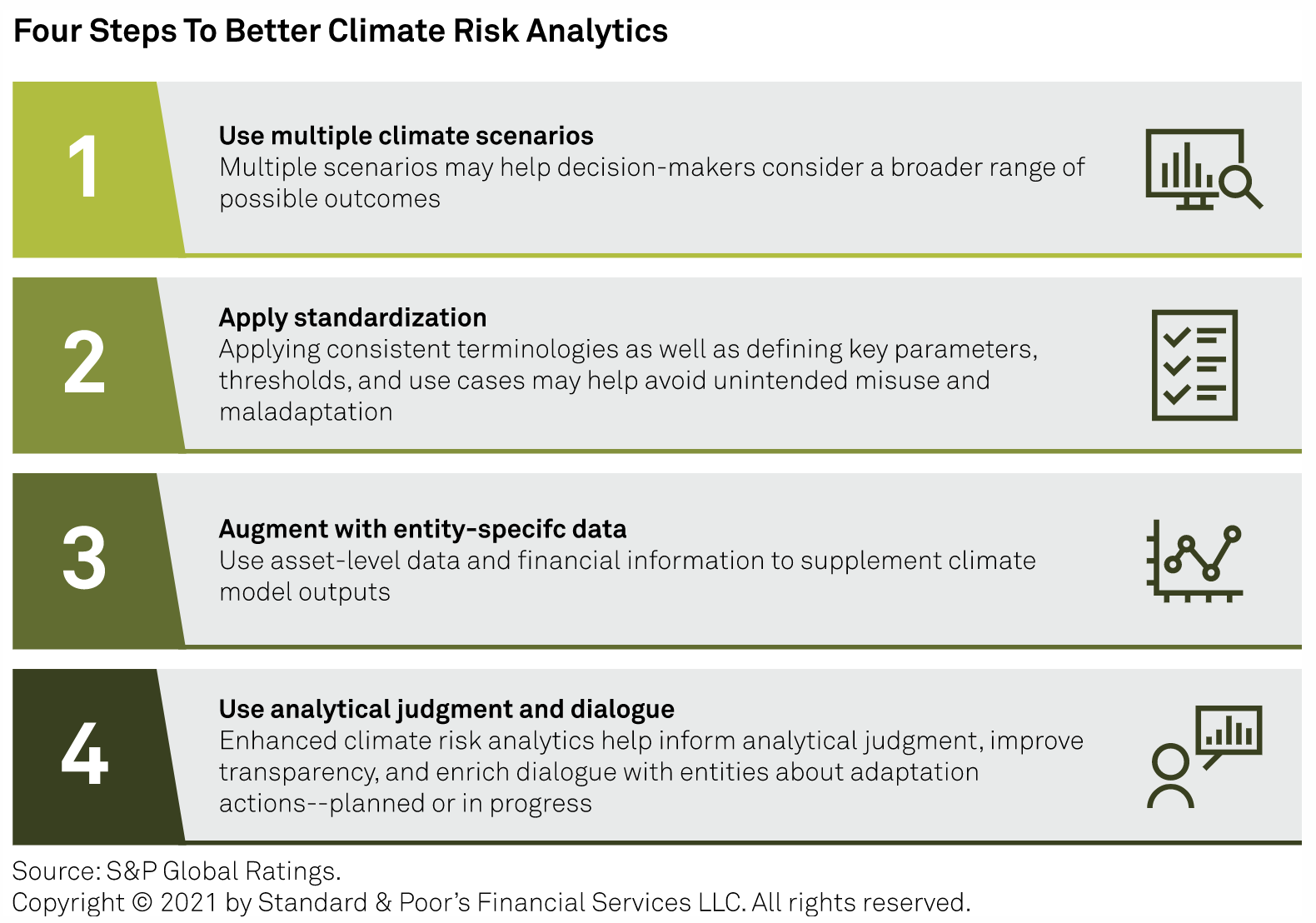 In the absence of a perfect solution, enhanced analytics can provide market participants with greater clarity about an entity's exposure to physical climate risks. Climate risk data is best used to inform analytical judgement, to improve transparency, and to enrich market participants' dialogue with exposed entities.

The UK's climate credibility is at risk because of delays to a host of strategies in the run up to COP26 climate summit in November, the UK's Committee on Climate Change said in two assessments June 24. The prime minister's Ten-Point Plan was an important statement of climate ambition, but it has yet to be backed with firm policies, the influential advisory body said.

A key Electric Reliability Council of Texas panel on June 23 advanced rule changes arising from the deadly mid-February winter storm – changes that affect the prices of energy and ancillary services such as frequency response service.

In a fast-changing landscape where energy transition is the most popular catch phrase, the trading community is looking for answers on what's in store for the oil market over the next decade. Ravinder Kumar Malhotra, Director General of the Federation of Indian Petroleum Industry, and Dave Ernsberger, Global Head of Pricing and Market Insight at S&P Global Platts, join Sambit Mohanty, Senior Asia Energy Editor at Platts, to exchange views on the potential growth of low-carbon oil flows and the influence of carbon pricing on oil markets. They also discuss the importance of sustained investment in oil projects in order to ensure plentiful supplies in the years to come. OPEC+ Faces Calls To Hike Oil Output, But Some Warn Against Loosening Quotas Too Fast

Dated Brent has shot past $75/b, oil inventories are falling and market forecasters are warning of a supply crunch this summer if OPEC and its allies do not agree to pump more crude imminently.

U.S. steel buyers debating whether to book imports with long lead times and high prices face another quandary. It is not whether the foreign mill will ship on time, or sporadic trade policy where tariffs change with a tweet, rather it is a growing number of flagged shipments due to insect-related issues in the wood packaging material (WPM) used in transportation.

The U.S. rice industry has mobilized political pressure in response to the Iraqi government divesting rice sourcing responsibilities to a private company, according to documents seen by S&P Global Platts.