The U.S. appears to be driving toward a cleaner future, as one of the world’s largest automakers aims to manufacture only electric vehicles and one of the world’s most-polluting nations plans aggressive action to combat climate change.

General Motors aims to phase out diesel- and petroleum-powered light vehicles and transition its portfolio to zero-emissions vehicles by 2035. The Detroit-based multinational, which owns Chevrolet, Buick, and other major brands, said it plans to become carbon-neutral across its worldwide facilities by 2040 and invest $27 billion in manufacturing electric and autonomous vehicles in the next five years.

"GM's focus will be offering zero-emissions vehicles across a range of price points and working with all stakeholders … to build out the necessary charging infrastructure and promote consumer acceptance while maintaining high quality jobs, which will all be needed to meet these ambitious goals," the company said in a Jan. 28 announcement.

Mass adoption of electric vehicles is a key component in controlling carbon emissions. As such, GM’s aspiration is likely to further disrupt the auto industry, which has been hammered by the pandemic’s constrictions on economic activity. As the crisis has accelerated the energy transition away from fossil fuel generation and consumption, the auto industry is forced to move from traditional internal combustion to battery and hydrogen technology.

GM’s targets come just one day after Japanese carmaker Nissan announced its plans for all new models in Japan, China, Europe, and the U.S. to be hybrid or fully electric vehicles by 2030. In the same week, U.S. President Joe Biden issued several broad executive orders that center climate change across varying policy areas, and BlackRock’s Larry Fink, the chief executive officer and chairman of the world’s largest asset manager, urged corporate executives to begin planning for a “net-zero” world.

"2020 was the year of net-zero pledges," Ilesh Patel, head of global strategy and markets for energy and resources at Baringa Partners, a consultancy, said on a Jan. 27 webinar, according to S&P Global Market Intelligence. "Now's the time to begin that kind of strategic and operational focus for those companies ... on embedding climate change into investment decisions."

Despite being the most rapidly expanding segment of the global industry, electric vehicles likely accounted for just 3% of global sales last year, according to the International Energy Agency. In the U.S., EV sales declined approximately 11% year-over-year—down to 296,000 units sold in 2020 from 331,000 in 2019—largely due to the implications of the COVID-19 crisis, according to S&P Global Platts Analytics’ latest Future Energy Outlook.

A rebound in EV sales is likely to materialize by 2023. By 2035, the industry will see more than 6.6 million units sold, according to S&P Global Platts Analytics.

“General Motors is joining governments and companies around the globe working to establish a safer, greener and better world,” the automaker’s chief executive officer, Mary Barra, said in a statement. “We encourage others to follow suit and make a significant impact on our industry and on the economy as a whole.”

Today is Friday, January 29, 2021, and here is today’s essential intelligence. 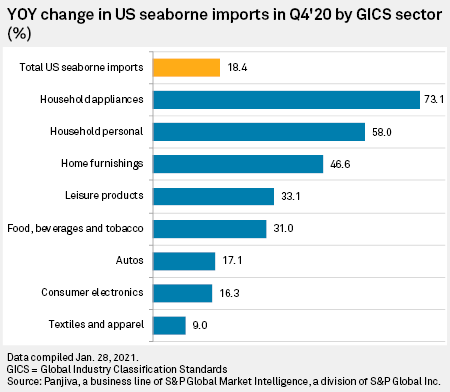 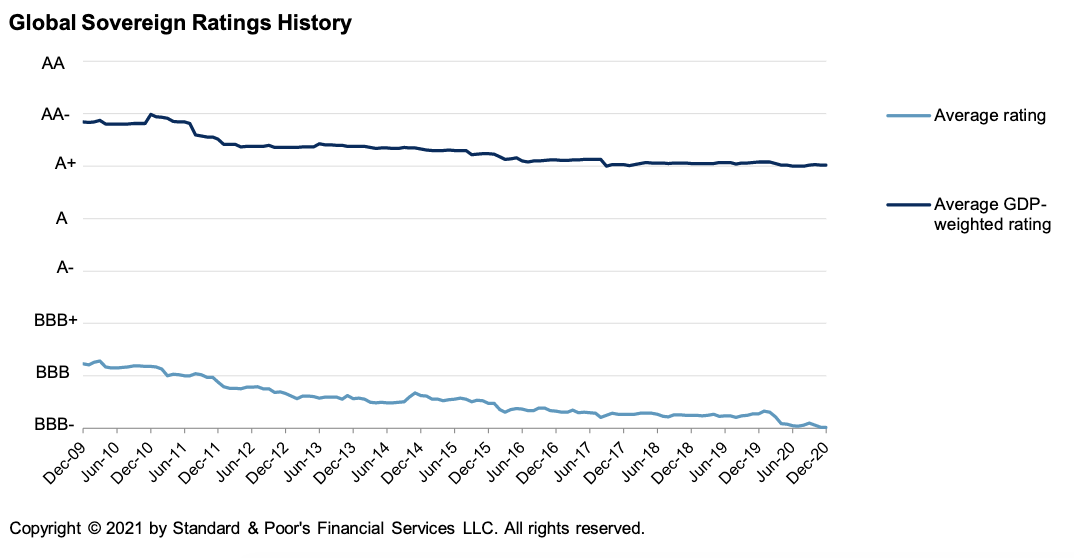 Since the beginning of the pandemic, S&P Global Ratings operated with the view that governments' strong fiscal response to a one-off event like COVID-19 was adequate. However, S&P Global Ratings also expects governments to gradually withdraw stimulus in order to put debt burdens on a stable—if not declining—path by 2022 or 2023.

The recently released California executive budget proposal for fiscal 2022 projects a much brighter fiscal picture, in S&P Global Ratings' view, than when the state enacted its fiscal 2021 budget last June, mostly due to significant one-time revenues and conservative budgeting of expenditures in fiscal 2021, which should support near term credit stability. 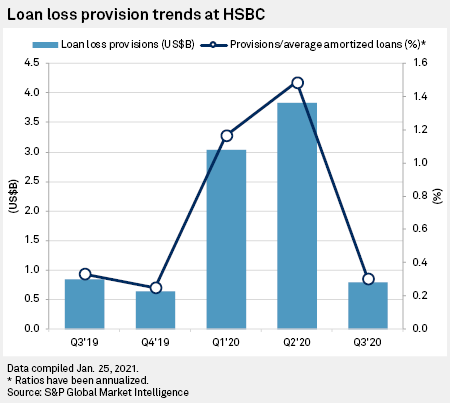 HSBC Holdings PLC plans to accelerate its restructuring program to focus on high-growth areas like Hong Kong and has reiterated its commitment to the territory in the face of continued political upheaval.

Beyond The Buzz - Five Trends That Will Dominate ESG In 2021

Delve into the five of the hottest ESG-related topics set to permeate 2021, sourced from S&P Global Ratings' sustainable finance team around the globe. As the pandemic persists, questions about equitable vaccine distribution continue to highlight the social divide and show that the fight for equality is far from over. Climate action, which had been on the back burner in 2020, will come back to forefront as countries and companies double-down on net-zero goals and start to address the biodiversity crisis. The sustainable debt market and transition finance will expand to enable these shifts in the "race to resilience."

The Growing Economic Cost of Wildfires

This article uses Weather Source daily and hourly data, available on the S&P Global Marketplace, to examine the climate conditions that resulted in the 2018 California wildfires. Camp Fire and Woolsey Fire, led to the most destructive fire season in California history, resulting in $8.47 billion and $2.93 billion in losses, respectively. Using S&P Global Trucost Physical Risk asset data, this analysis identifies commercial assets in wildfire-prone areas, as well as utility companies that may have higher wildfire risk exposure than others.

President Joe Biden's $2 trillion plan for the U.S. economy includes a renewable energy infrastructure build-out expected to help target carbon-free electricity by 2035 and net-zero economywide emissions by 2050. But the decarbonization goals may not keep clean energy projects from facing the same headwinds that recently upended the oil and gas pipeline industry under the pro-fossil-fuel Trump administration. 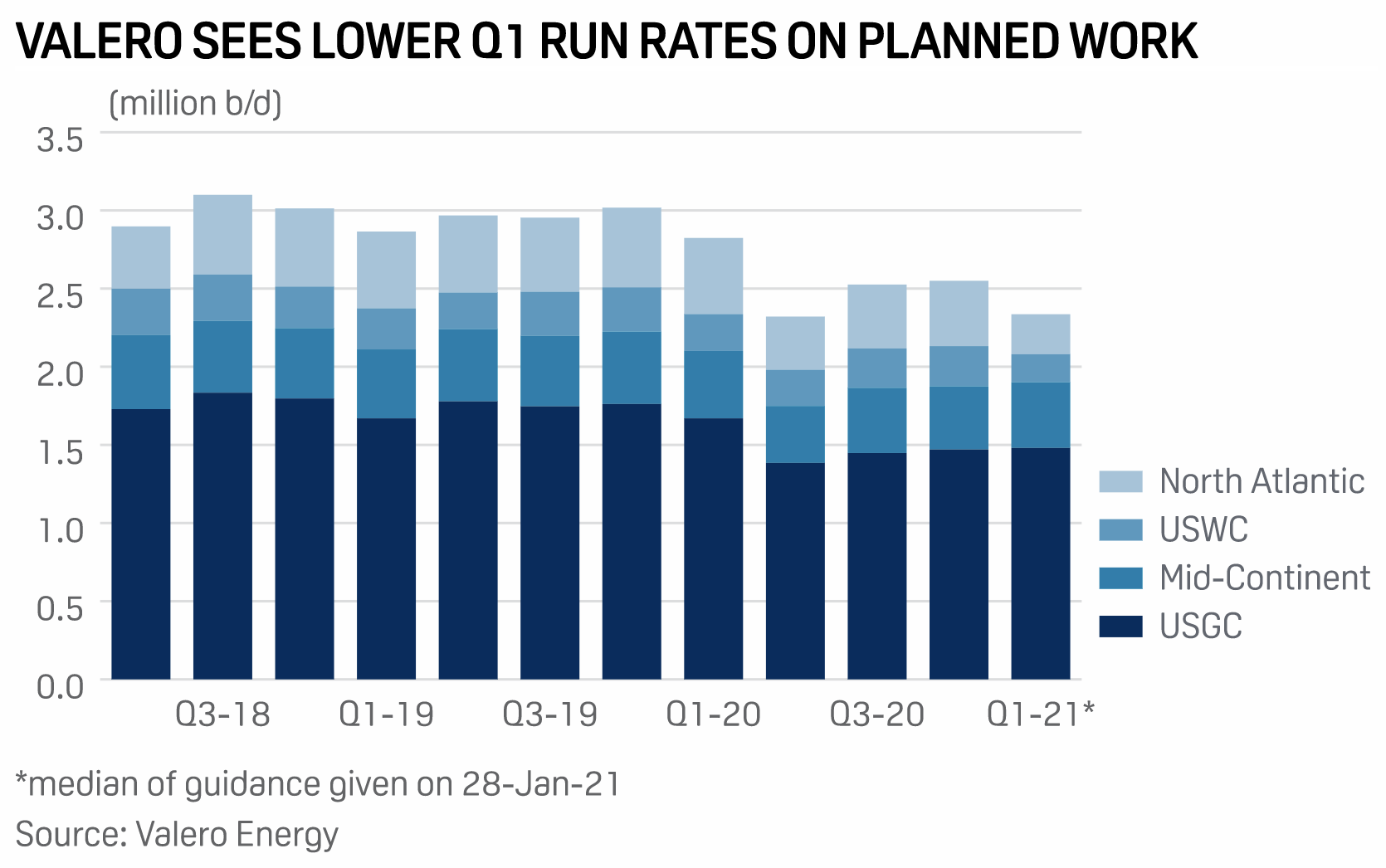 Valero Energy expects refined product demand to gradually pick up in the second quarter of 2021 and be close to normal by the third quarter as coronavirus vaccinations increase along with personal mobility, which will shift disposable income spending toward funding pent-up travel demand.

President Joe Biden's new moratorium on oil and gas lease sales will indefinitely postpone all lease sales previously scheduled under the Trump administration for both onshore acreage and for parcels in the deepwater Gulf of Mexico, the Interior Department confirmed.

Listen: What Is Causing European Olefin Prices To Soar In 2021?

The European ethylene and propylene markets rallied in January after an unusually strong December. In this episode of the Commodities Focus podcast, Abdulaziz Ehtaiba and Miguel Cambeiro discuss the drivers behind supply shortages in the market and their impact on downstream derivatives, whilst Callum Colford provides insight into what has been going on in the increasingly bearish butadiene markets.