Although emerging market (EM) equities are rallying, the countries’ economies may see a slowdown in their recoveries from the pandemic due to a swath of downgrades and defaults among lower-rated entities over the medium- and long-term.

This week, EM currencies and stocks closed at record highs for three consecutive days, boosted by the Federal Reserve's cautious stance and hopes of more fiscal stimulus in the U.S. under President Joe Biden. The combination of fiscal stimulus and loose monetary policy, against the backdrop of vaccine rollouts and a cheaper dollar, creates more foreign-asset inflows into emerging markets.

Financing conditions in emerging markets are also supportive. “Favorable vaccine developments, the expectation of a solid recovery in 2021, and accommodative monetary conditions in developed markets have boosted capital flows to EMs. We expect many issuers (corporations and governments) will continue to take advantage of low interest rates to improve their debt profiles. However, we don’t expect incremental debt for new investments over the short run,” S&P Global Ratings said this week in a report on emerging markets. “So far in 2021, capital costs remain low, supporting $138 billion of fresh capital for financial and non-financial corporations, including robust issuances so far in China and Latin America.”

Still, the road to recovery from the coronavirus-caused downturn won’t be entirety smooth. EMs’ high COVID-19 case totals, the reintroduction of coronavirus-containment measures, slow vaccinations, and dwindling fiscal stimulus may stall rebounds in the next three months. This year, banks across 15 emerging markets will confront “the expected deterioration in asset quality indicators as regulatory forbearance measures are lifted; a volatile geopolitical environment or domestic policy uncertainty; and—for a few—vulnerability to abrupt movements in capital flows,” S&P Global Ratings said in a separate report.

In particular, Brazil’s sluggishness in distributing vaccines to its population of 212 million civilians poses the threat of hurting the government’s expansive stimulus measures.

"The whole scenario for 2021 was one in which government spending came down but it was replaced by private-sector consumption and vaccination … Obviously, that got complicated,” Armando Castelar, an economist and professor at the Brazilian think tank FGV, told S&P Global Market Intelligence. "Brazil is really behind the curve. Emerging markets generally are, but in Brazil, that is intensified by a lack of interest by the federal government."

While Brazil has vaccine infrastructure in place, the public’s trust in CoronaVac, the inoculation the government purchased from the Chinese pharmaceutical company Sinova, has been weakened due to President Jair Bolsonaro’s controversial questioning of its efficacy.

"Vaccine infrastructure is already there" in Brazil, Mr. Castelar said in the S&P Global Market Intelligence interview. "What is not clear, however, is whether people will be willing to get it."

Today is Friday, January 22, 2021, and here is today’s essential intelligence.

Outlook For U.S. Public Finance Housing: Sheltered From The Storm 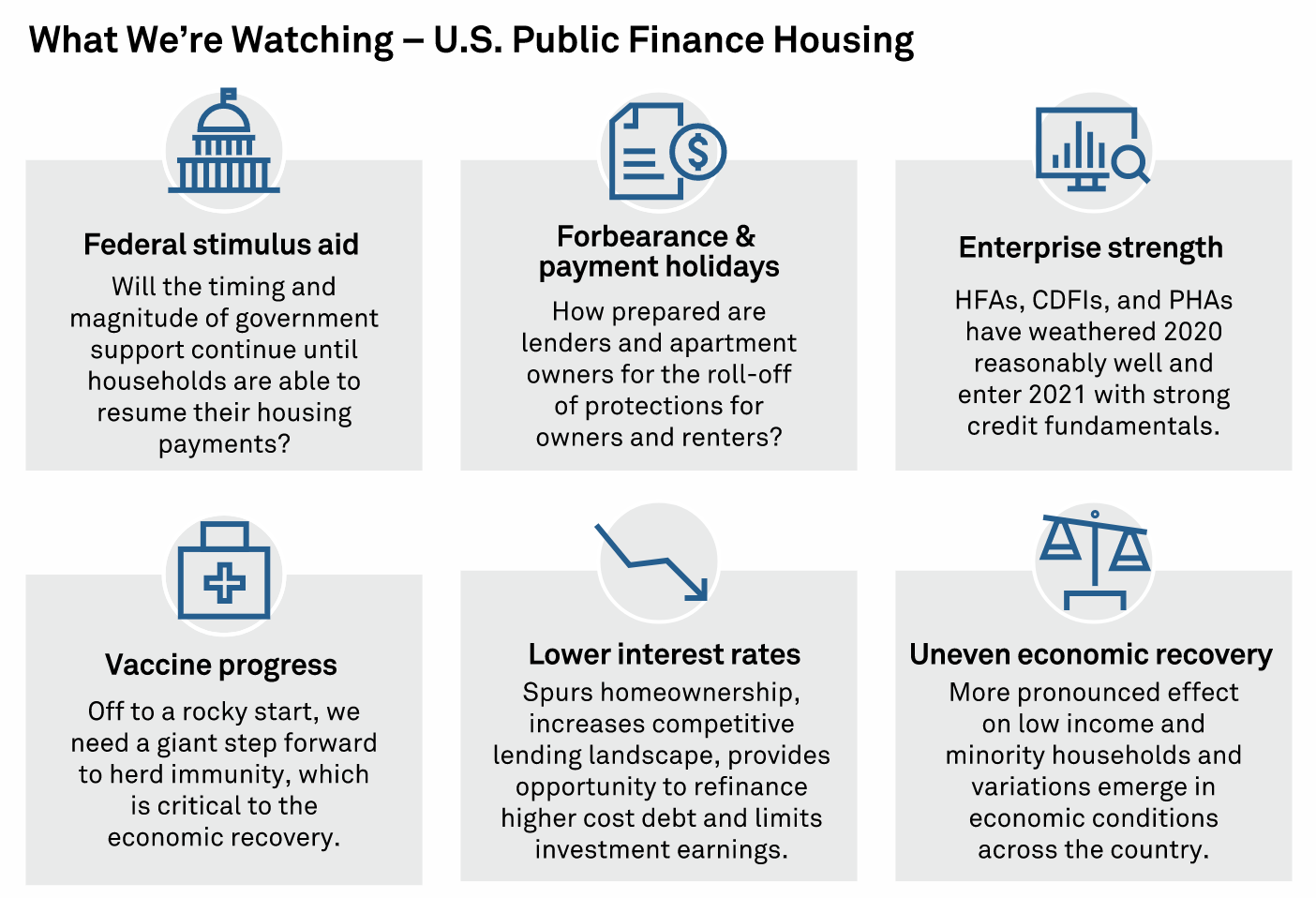 S&P Global Ratings’ view on the sector has shifted to stable based on a demonstrated combination of organizations' credit fundamentals and direct support: the financial strength and resilience of housing issuers, near-term government support helping to stabilize at-risk households' finances, and added funding for institutions.

The loan market's strong finish — along with a rare (by recent standards) four-week streak of cash inflows from retail investors — increased the net asset value of prime funds by $3.18 billion in the month, according to LCD and Lipper. This bright spot comes at the end of an otherwise bruising year for the asset class, in which overall AUM contracted by $36.75 billion. 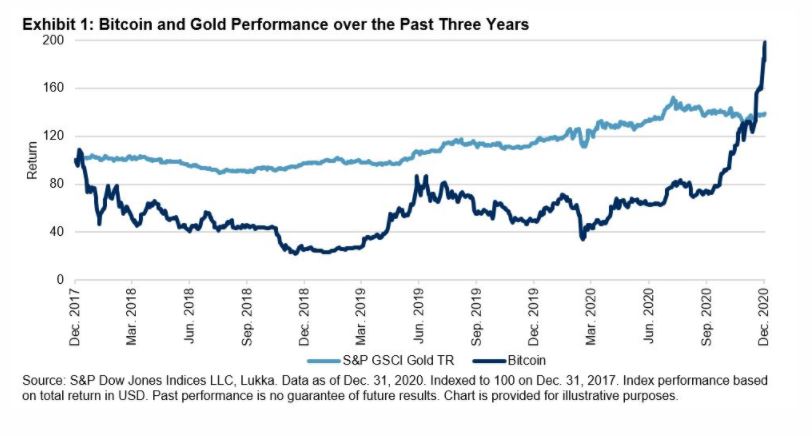 Gold was the most popular safe haven and store of value in the 19th century. Viewed as one of the least volatile commodities, gold prices during that time were surprisingly tepid in comparison to the current, highly volatile moves from Bitcoin. Less liquid than other established stores of value, Bitcoin’s recent move has been parabolic in nature.

The relatively low turnover in Taiwan's stock market will likely be a challenge for the island's plan to create two new trading venues aimed at getting high-growth but not-yet-profitable startups to list locally, experts say.

Walmart's Fintech Venture Could be 'Wakeup Call' for Banks 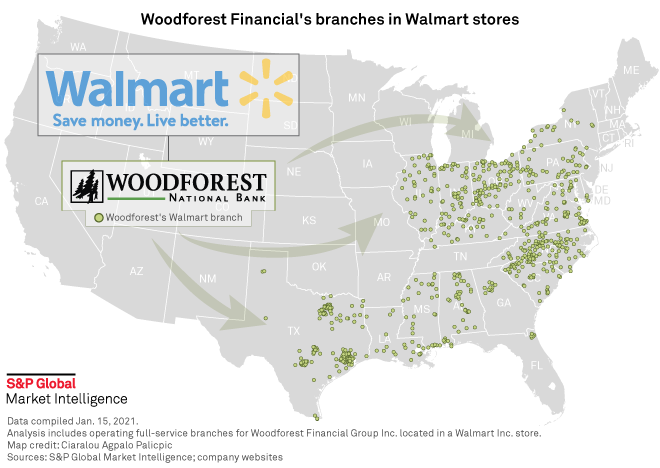 Walmart Inc.'s financial technology startup company could pose a threat to banks if the company uses the data at its disposal to pinpoint exactly what services its customers need. 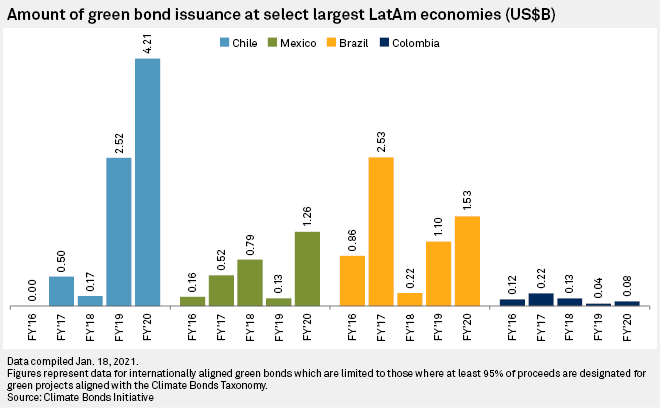 Following through with a promise to make climate change a top priority, President Joe Biden, late on his first day in office, signed a sweeping executive order that could potentially undo much of the former administration's initiatives to achieve "energy dominance.”

Spotlight: World Refinery Downtime Has Remained Near Record Levels but Outages Are Expected to Decline Modestly 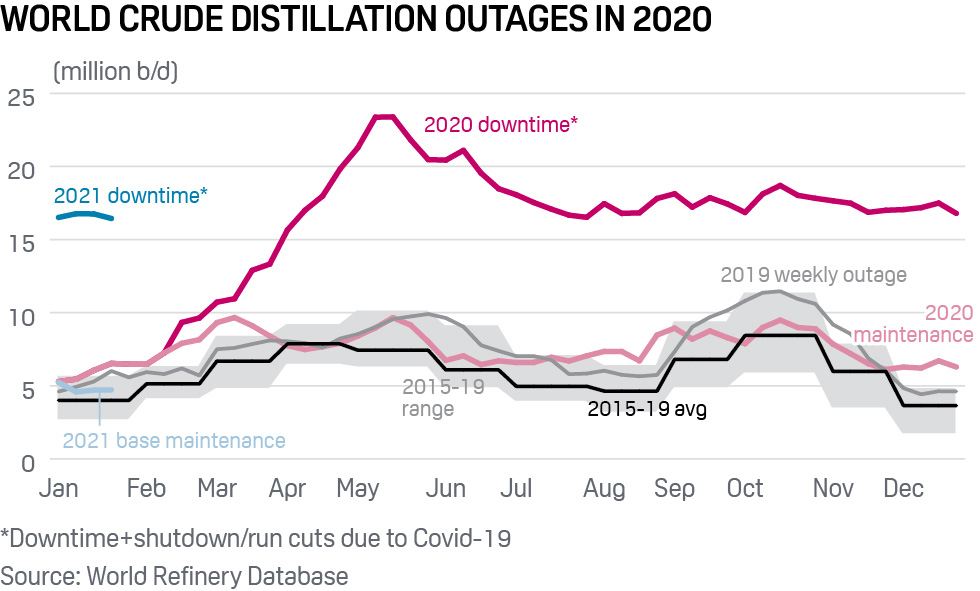 For the week ending Jan. 15, global refinery downtime will remain largely unchanged at around 16.8 million b/d as many refiners are purposely running at lower rates amid weak demand and margins.

European air traffic fell sharply in the week to Jan. 20, shrugging off signs of an uptick over the previous week, while economic mobility in Europe's biggest economies remains little changed as COVID-19 containment measures continue to curb regional oil demand.

The European Parliament has again called for the Nord Stream 2 gas pipeline project to be halted, this time in light of the arrest in Moscow of Russian opposition politician Alexei Navalny.

Christyan Malek, JP Morgan's head of oil and gas spoke to S&P Global Platts associate editorial director, Paul Hickin, about oil price risk, the evolution of the US shale sector, and the outcomes of Saudi Arabia's strategy to balance the global oil market.