The Turkish lira continues to plummet, inflation in the country has skyrocketed to a 20-year high, and Turkey’s macroeconomic trajectory remains uncertain.

Over the past year, a currency crisis spurred by multiple interest rate cuts despite increasing inflationary pressures sent the Turkish lira down to lose 44% of its value against the U.S. dollar. The Central Bank of the Republic of Turkey had reduced its benchmark rate a collective 5 percentage points based upon Turkish President Recep Tayyip Erdogan’s belief that elevated interest rates cause inflation to rise. S&P Global Ratings placed its 'B+' long-term ratings on Turkey on negative outlook in December in response to the worsening situation. President Erdogan’s introduction of several economic policy measures in the past few weeks, supporting higher minimum wages and a forex-protected currency deposit program, have stabilized conditions in the country.

In January, the lira settled at approximately 13.5 per U.S. dollar. Now, after inflation swelled 11.1% month-over-month in January, pushing Turkey’s annual figure to 48.7%, S&P Global Ratings anticipates annual inflation to surpass 50% for the majority of 2022.

“Inflation is almost double the previous peak in October 2018 following a similarly large depreciation of the Turkish lira, which we believe is largely down to domestic policy. Exchange-rate pass-through from currency depreciation to domestic prices appears to have been faster and stronger than previously amid surging inflation expectations and deeply negative real interest rates,” S&P Global Ratings said in economic research on the country published yesterday. “Turkey's overall macroeconomic trajectory remains highly uncertain amid a lack of clarity on the direction of its economic policy … Assuming policy rates remain at their current levels, a probable scenario would be of real appreciation via high inflation, while in nominal terms, the value of the lira may remain relatively stable for a while, before resuming a gradual slide.”

S&P Global Ratings forecasts Turkey’s economy to grow moderately, by 3.7%, this year, but acknowledged that “sharply different scenarios for the lira, interest rates, and ultimately growth are possible” due to the lack of clarity on Turkey's policy direction.

The depreciation of the Turkish lira and inflation have hurt nearly all aspects of the country’s economy. Turkey’s commodities players, from private wheat importers to polymer market participants, have endured worsening operating conditions, according to S&P Global Platts. Additionally, Turkey’s banks have suffered from curbs on consumer lending, further asset quality deterioration, and strains on corporate borrowers' ability to repay foreign currency-denominated debt. Turkish banks are unlikely to see a significant recovery in the value of their stocks in the near-term, following a year of poor performance. Five of Turkey's banks were among the worst-performing bank stocks in Europe in 2021, according to an S&P Global Market Intelligence analysis.

Unlike Turkey’s central bank, most Western monetary policymakers are looking to raise interest rates this year to combat record inflation. The U.S. Federal Reserve made clear on Jan. 26 that the U.S.’s expansive growth, strong labor market, and elevated inflation will make for the central bank’s most aggressive tightening of monetary policy since the 1990s. S&P Global Economics anticipates the Fed to raise rates 25 basis points at least three times this year, followed by five additional increases through 2024. Overall, emerging market economies are fairly well-positioned to weather the Fed’s forthcoming policy changes.

Today is Friday, February 4, 2022, and here is today’s essential intelligence. 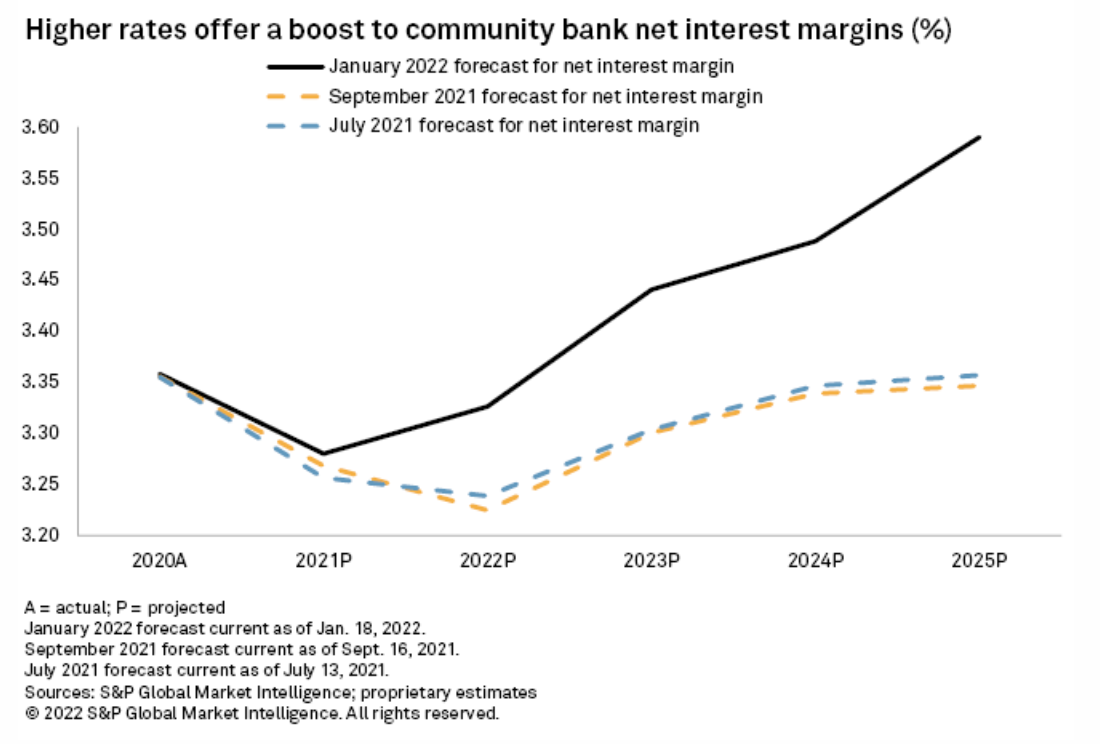 Community bank margins will expand over the next few years as the Fed raises short-term interest rates and earning-asset yields rise more quickly than deposit costs. Normalizing credit trends in 2022 stemming from the lack of pandemic relief efforts and rising labor costs will create difficult year-over-year comparisons for community bank earnings in 2022, but margins will rise modestly and then increase far more the following year. While margins will fail to return to pre-pandemic levels for the foreseeable future due to the abundance of excess liquidity, the expansion in 2023 should help drive earnings nearly 8% higher from 2022 levels. 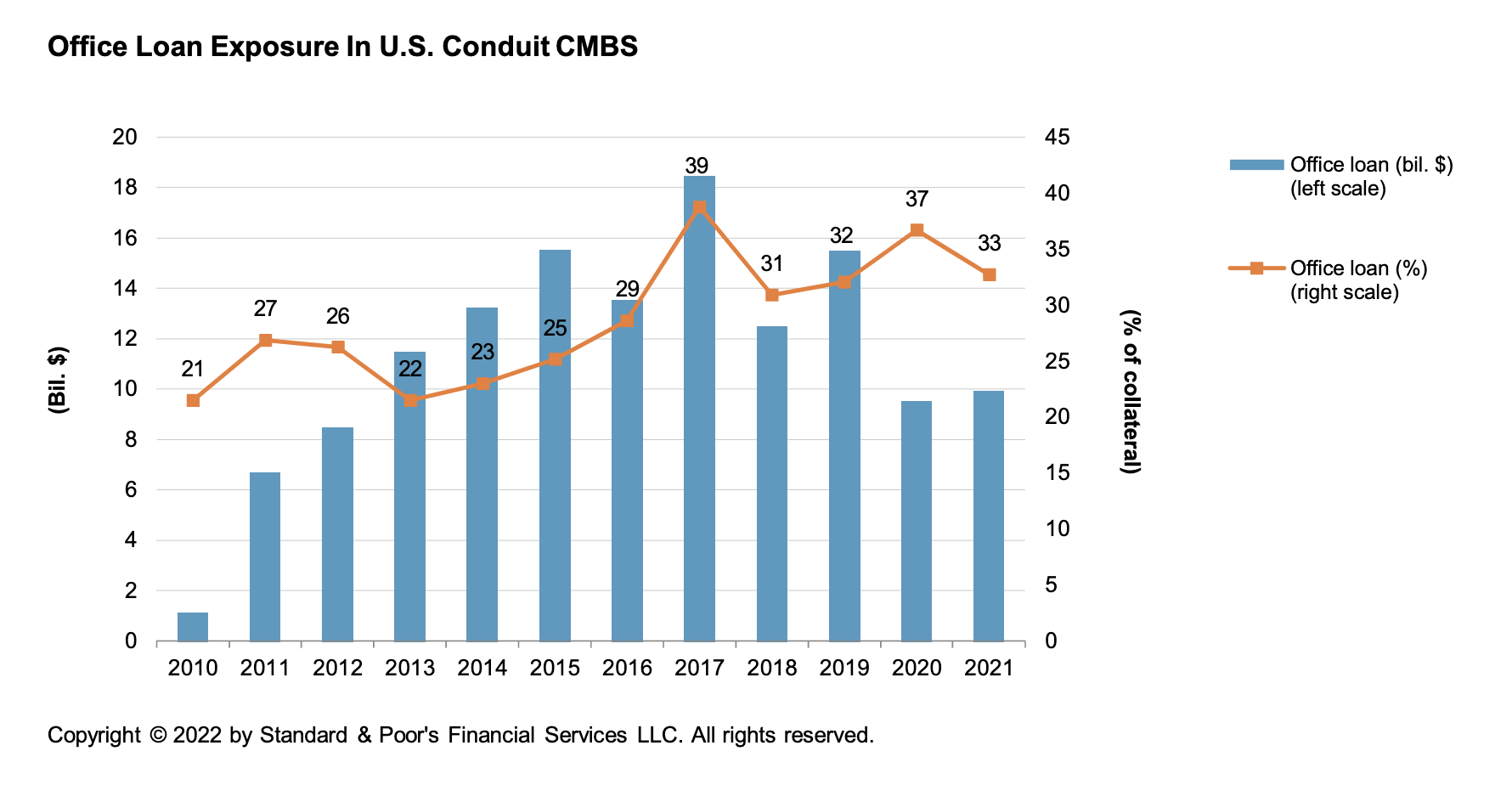 Approximately $125 billion in office loans have been securitized in U.S. CMBS since 2017, and market participants are closely following the trends in hybrid work environments and their implications for future space demand. Manhattan is a key office market, given its relatively high exposure in the CMBS transactions rated by S&P Global Ratings. Despite an uptick in delinquencies and the uncertainty surrounding the office sector, loan performance has remained stable, and S&P Global Ratings has taken no rating actions on U.S. CMBS since the start of the pandemic. 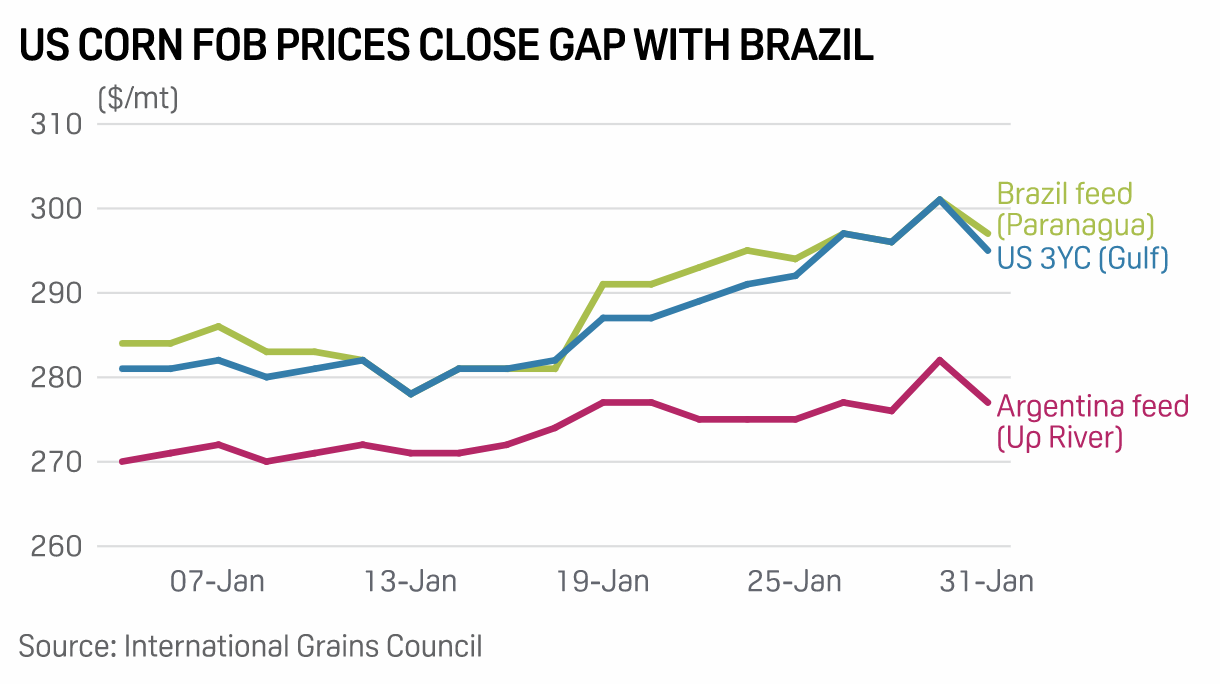 Weather concerns in South American nations and Russia-Ukraine tensions are likely to support corn exports out of the world's top seller—the U.S.—analysts said. During the initial phase of corn planting in Brazil and Argentina, a record output was forecast on the back of an expected increase in crop area and early rains. However, the output projections have been cut down subsequently due to drought during the critical crop cycle phase. The U.S. is likely to produce 15.115 billion bushels (383.94 million mt) of corn in MY 2021-22, and estimated exports from the country are at 2.425 billion bushels (61.6 million mt), according to data from the U.S. Department of Agriculture. 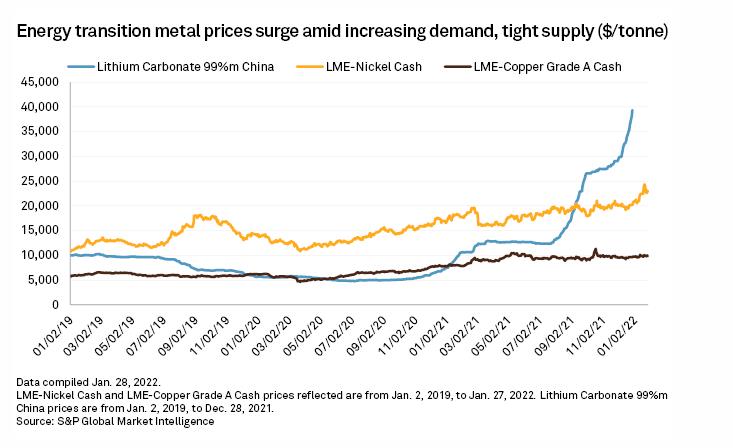 Mining companies enjoying a period of high commodity prices and heightened demand are facing a flurry of tax hikes from governments strained by pandemic-fueled budget shortfalls. Political leaders have proposed to increase royalties and taxes in at least eight mining-heavy jurisdictions worldwide, leading some investors and companies to pause mining expansions and new projects needed to meet demand projections. It is a trend that could keep supplies tight and prices high for the minerals critical to the world's energy transition, according to some industry experts, while others say it is too soon to tell given the tax proposals have yet to be adopted.

Listen: How Would Sanctions Against Russia Impact European Oil Markets?

While diplomatic talks between the U.S. and Russia continue, questions are raised about what consequences, if any, new economic sanctions would have on Russia's ample exports of crude oil and diesel to Europe. In this episode of the Oil Markets podcast, S&P Global Platts editors Rowan Staden-Coats and David Lewis discuss with Rosemary Griffin and Francesco Di Salvo the state of play between Russia and the West and how big a supply shock sanctions could cause to the international oil markets. 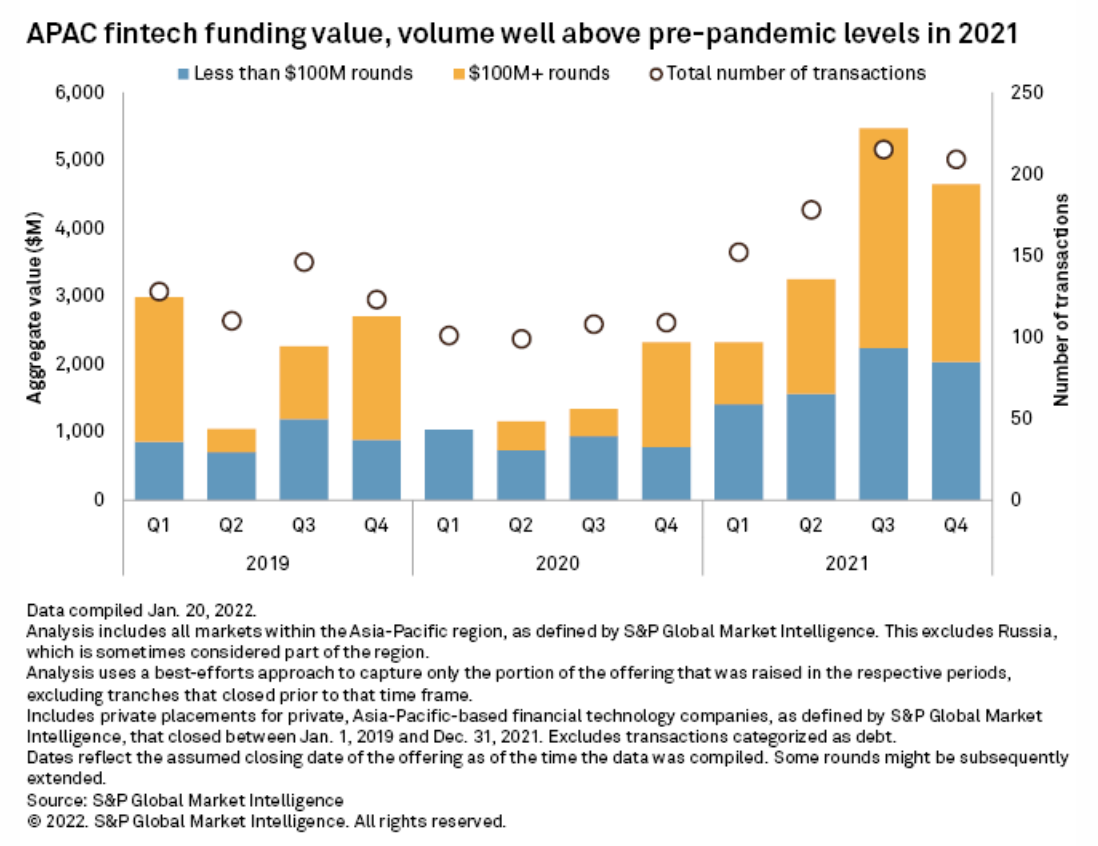 The strong rebound in Asia-Pacific fintech funding in 2021 seems to suggest investors' deepening conviction in the sector. As such, S&P Global Market Intelligence believes that venture capitalists are likely to remain invested in the fintech space even as the recent market pullback clouds the outlook for IPO or blank-check exits. The uncertain market conditions ahead, however, may encourage prudence, nudging investors toward mature fintechs that have demonstrated financial discipline. As established fintechs have exhibited a propensity to acquire for growth when flush with liquidity, S&P Global Market Intelligence expects a robust M&A outlook as these mature firms continue to draw in private capital.