The backlash against Russia’s invasion of Ukraine—in the form of sanctions, rapid divestment from Russian companies, and protests against the incursion in countries worldwide—are likely to affect financial and energy markets, borrowing conditions, and credit quality.
Over the weekend, the world’s major economies from the U.S. to the EU to Japan united in sanctioning Russia’s central bank, aiming to freeze President Vladimir Putin’s personal assets, and removing some of the country’s major lenders from the Society for Worldwide Interbank Financial Telecommunications (SWIFT) messaging service. In response to Russia’s attack on Ukraine, the global energy major BP announced yesterday that it will “exit” its nearly 20% stake in Rosneft, Russia's largest oil producer, and that BP Chief Executive Officer Bernard Looney and former group executive Bob Dudley will both resign from Rosneft’s board of directors. Norway’s $1.3 trillion sovereign wealth fund announced on the same day that it will divest the totality of its investments in Russia. The Norwegian oil company Equinor also said today that it will start exiting from its joint ventures and all stop new investments in Russia, describing its position as “untenable” considering the current situation.

Many countries are now confronting pressure to target Russia’s energy industry in their next sanctions. While current penalties include exemptions for Russia’s oil and gas exports in efforts of circumventing supply disruptions and stabilizing soaring energy prices, the SWIFT sanctions could affect some crude trading and flows because trading companies use banks as intermediaries for transactions, credit, and clearing services, according to S&P Global Platts. The SWIFT sanctions could also make global buyers more hesitant to purchase Russian oil and other commodities,  or even disrupt the OPEC+ alliance. Even in the absence of energy sanctions, European economies’ efforts to rapidly reduce their reliance on Russian gas could reinvigorate the market with liquified natural gas (LNG) supply.

S&P Global Ratings on Feb. 25 lowered its foreign currency sovereign credit rating on Russia, to speculative-grade 'BB+/B' from 'BBB-/A-3,' and placed the ratings on CreditWatch with negative implications. S&P Global Ratings also lowered its long-term foreign and local currency sovereign credit ratings on Ukraine, to 'B-' from 'B,’ citing the risks that Russia’s military assault poses to Ukraine’s economic growth.

“We believe that the announced sanctions could have significant direct and second-round effects on economic and foreign trade activity, domestic resident confidence, and financial stability. We also expect geopolitical tensions to drag on private-sector confidence, weighing on growth,” S&P Global Ratings said in its ratings action on Russia. “There is high uncertainty about the evolution of the geopolitical conflict and additional sanctions, as well as the ultimate economic and financial repercussions of existing restrictions.”

Today is Monday, February 28, 2022, and here is today’s essential intelligence. 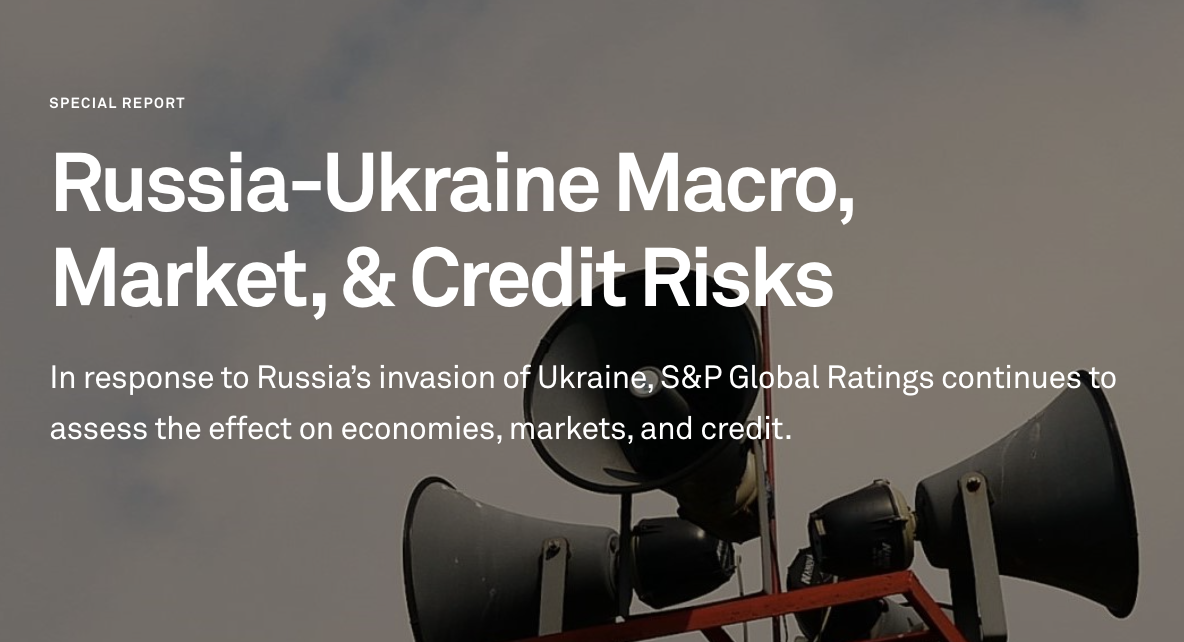 With the world’s eyes trained on Russia’s invasion of Ukraine, S&P Global Ratings remains engaged in assessing the effects on economies in the region and around the world, financial and energy markets, and borrowing conditions and credit quality. Its collection of publications represents its latest thinking on the topic. 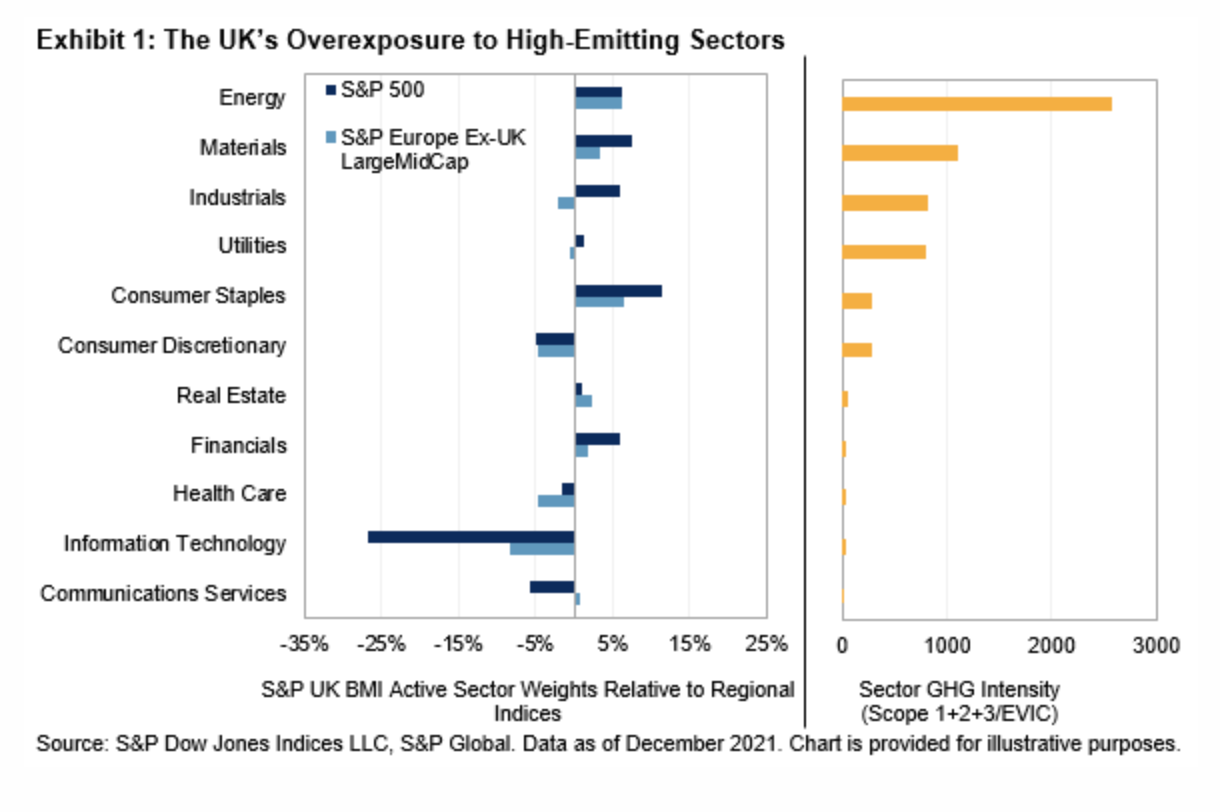 The U.K. set goals of reaching net zero targets by 2050; these targets include transitioning to cleaner power and a more sustainable future, securing 440,000 well-paid jobs, and protecting the British consumer from global fossil fuels price spikes. The U.K. equity market certainly has some work to do, given its high weight in carbon-intensive sectors, compared with the rest of Europe and the U.S. Larger weights in highly intensive sectors are reflected in the high weighted average carbon intensity across sectors in the U.K.

Russia's invasion of Ukraine sent agricultural commodities spiraling Feb. 24 following monthslong tensions in the Black Sea region that kept prices of key grains such as wheat highly volatile. As both Russia and Ukraine command clout in global trade flows of grain and vegetable oil, rising uncertainty in the region around port closures and blockages on vessel navigation are expected to keep prices of commodities such as sunflower oil, corn and wheat elevated in the near term. 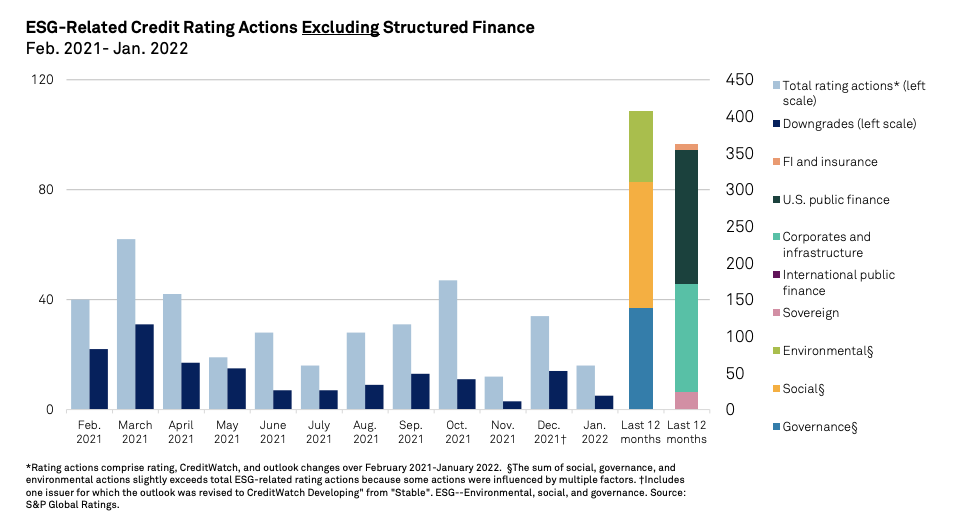 S&P Global Ratings takes a positive view of the European Central Bank's climate risk stress test because it paves the way for banks to better understand and integrate climate risks into their risk-management frameworks. Banks will have to forecast potential losses stemming from climate risks and report how they would amend their business models under various long-term climate change scenarios. The results, due July 2022, will provide insight into where the biggest climate risks lie. Given the assumptions set by the ECB, S&P Global Ratings believes that most banks will report only limited capital impact overall. 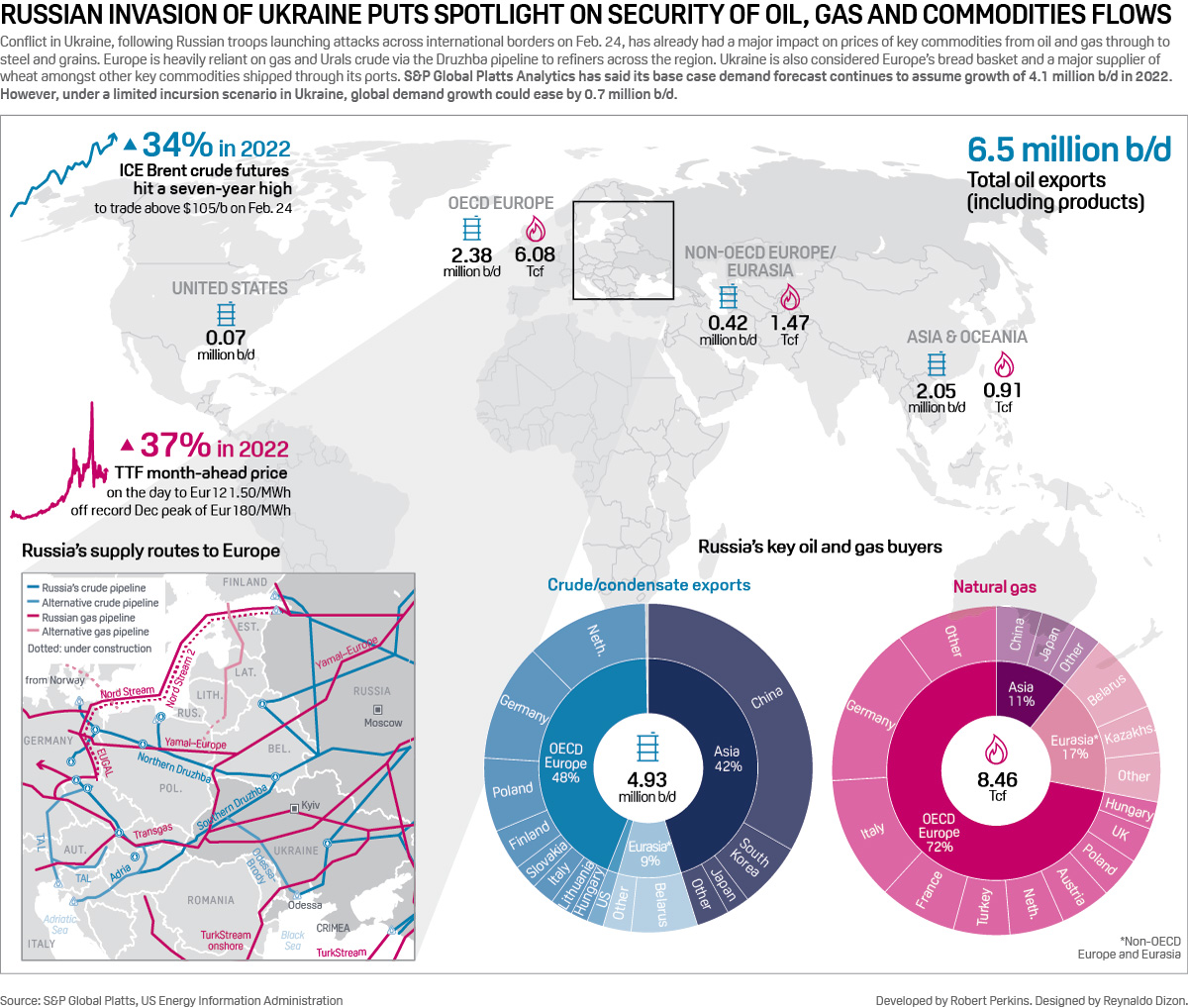 Conflict in Ukraine following Russian troops launching attacks across international borders on Feb. 24, has already had a major impact on prices of key commodities from oil and gas through to steel and grains. Europe is heavily reliant on gas and Urals crude via the Druzhba pipeline to refiners across the region. 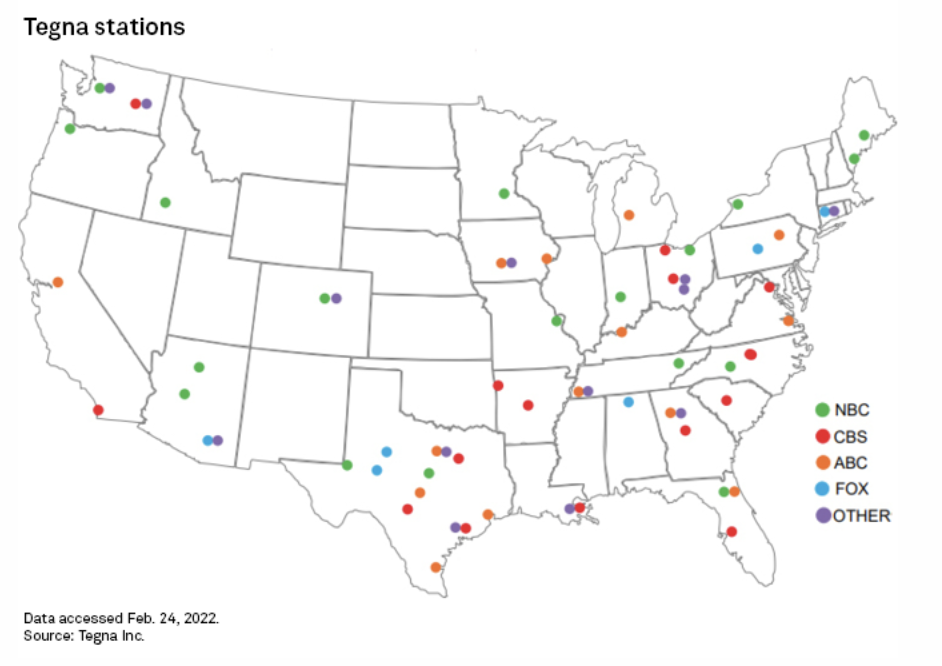 Standard General LP has been after a TEGNA Inc. sale for more than two years, but analysts believe it could take more time, and potentially more money, for the hedge fund to take the broadcaster private. Under the proposed transaction, Standard General will pay $24 per share for TEGNA in an all-cash transaction that carries an equity value of $5.4 billion. Including the assumption of debt, the deal carries an enterprise value of $8.6 billion.