The future for the global oil market remains in question as the energy transition accelerates.

Global lockdowns that strangled demand and sent supply surging, an unprecedented price war between Saudi Arabia and Russia, and extreme market volatility sent the international oil industry into a tailspin last year. At the same time, governments committed to building back better from the crisis and pledged stimulus packages to invest in clean energy. Now, growth in oil demand will likely surface in the second half of 2021—supported by positive developments in the global economy’s recovery from the pandemic-prompted downturn and successful vaccination deployments across the developed world.

Many oil producers have acknowledged the industry’s bleak moment and are focusing on increasing their sustainable investments.

Royal Dutch Shell said in a recent strategy update that expects its company’s oil production to decrease 1%-2% annually as it prioritizes spending on transition projects to accelerate its efforts in achieving net-zero emissions by 2050, according to S&P Global Platts. The energy giant said it believes its oil production peaked prior to the pandemic, in 2019, and its carbon emissions the year prior, in 2018.

Other companies are using their existing fossil fuel assets to fund the creation of or investment in future sustainable assets. The French conglomerate Total has pledged to expand its oil and gas production in the near term to fund its green investment drive, according to S&P Global Platts.

"We recognize the world has changed dramatically. There is no going back from here," Total CEO Patrick Pouyanne said in earnings presentation. "Europe is in the way on the green deal, and this is becoming a global effort with other major markets moving in the same direction, including the U.S., China, Japan, Korea, and India, and that's also why we need to think long-term."

Some countries are trying to balance boosting an oil recovery with clean energy capacity.

Although India is advancing its efforts and incentives to embrace the energy transition process, the world’s second-most populous country is already embracing a resurgence of oil demand that is likely to return to 2019 levels this year, proving that dramatic shift to decarbonization is unlikely, according to S&P Global Platts. Nonetheless, refiners in the country are expected to prioritize new projects, like purchasing so-called carbon-neutral crude, to support the government’s target to reduce its emissions footprint.

Saudi Arabia has its eyes on being a leader in the hydrogen market, a key aspect of the energy transition in the long-term. But in the near-term, the country is focused on oil.

"It is a natural progression to take on the responsibility for the huge demand for hydrogen. But we need to invest in carbon capture and sequestration technologies … We are looking to diversifying our portfolio to include zero-carbon products,” Ahmed al-Khowaiter, the chief technology officer of the state-owned producer Saudi Aramco, said at a Feb. 22 virtual event hosted by the company, according to S&P Global Platts. At the same time, Aramco “see[s] huge potential in improving efficiency of internal combustion engine … [and] will be using liquid hydrocarbons and natural gas for many years to come."

The transition from fossil fuel generation to renewable sources of energy is likely to serve as a “wake-up call” for oil-dependent economies, which could face a $9 trillion decline in expected income over the next two decades, according to recent research by the British think tank Carbon Tracker.

If producers don’t coordinate "an orderly wind down of production, with global supply falling in line with decreasing demand and falling oil prices" in order to minimize their financial losses and rather "go it alone and seek to monetize their existing reserves while they can, oversupply is likely to destroy value for all, with falling prices quickly outweighing the benefit of increased production," the think tank said.

Today is Tuesday, February 22, 2021, and here is today’s essential intelligence. 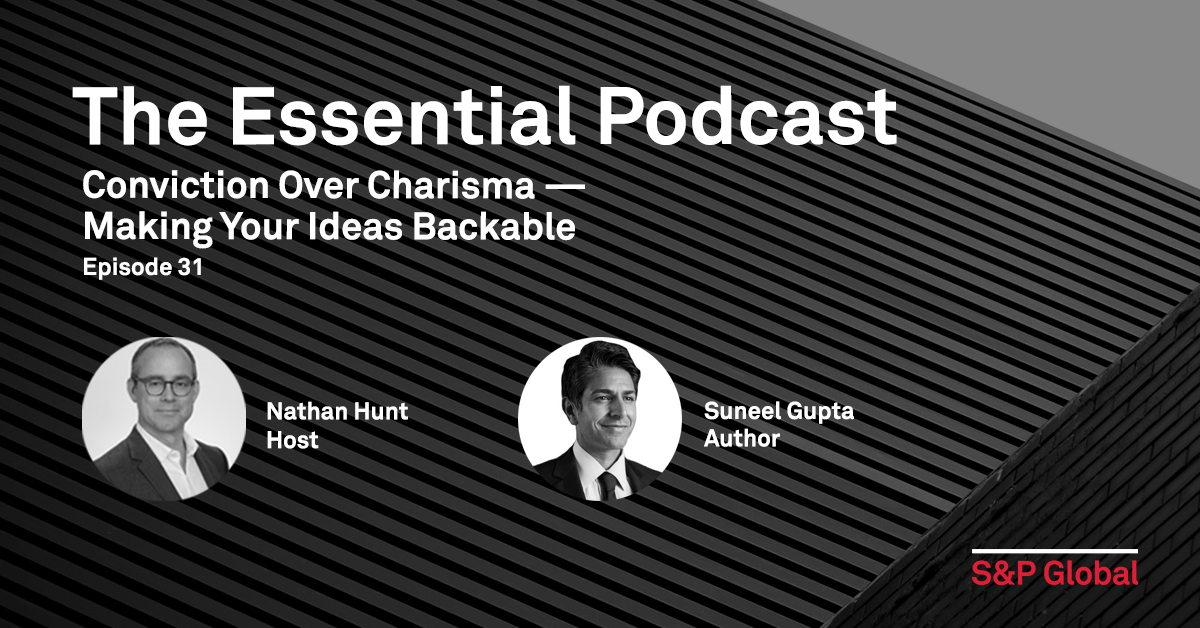 Entrepreneur and author Suneel Gupta joins the Essential Podcast to share insights from his new book, "Backable: The Surprising Truth Behind What Makes People Take a Chance on You." Using case studies and experiences from the worlds of venture capital and entertainment and beyond, Gupta has lessons for anyone who has ideas and needs to persuade others to believe in them.

—Listen and subscribe to the Essential Podcast, from S&P Global

Economic data for January was better than expected because of mild weather, a decline in COVID-19 infections, and stimulus checks from the government. However, weather in February will likely lead to some economic weakness.

Asia-Pacific nations that resorted to quantitative easing as a once-in-a-century pandemic roiled the global economy will now have to tread carefully as economic conditions stabilize, with some analysts warning against tapering the unconventional measures too soon.

Deep Dive: US Debt Hits 100% Of GDP. Should The Credit Markets Care? 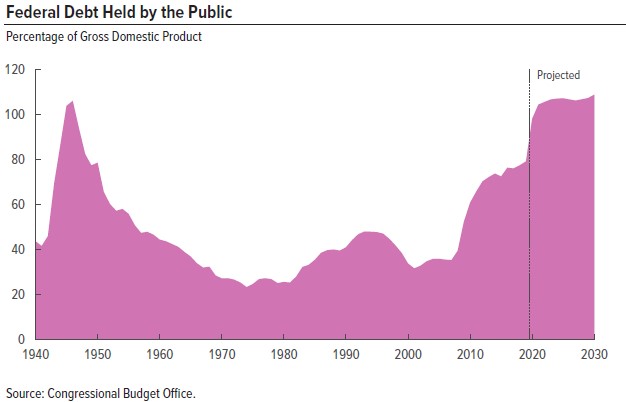 The nonpartisan Congressional Budget Office recently released its publication, The Budget and Economic Outlook: 2021 to 2031, highlighting that during 2020 the U.S. national debt held by the public rose to 100% of GDP for the first time since the end of the Second World War. Will such high levels of U.S. debt, so worrisome in the early 2010s, when markets focused on the greater-than-100%-of-GDP Southern European sovereign borrowings, be a concern to U.S. high grade and high yield bond portfolio managers today?

Accessing the Growth of the “New China” Economy 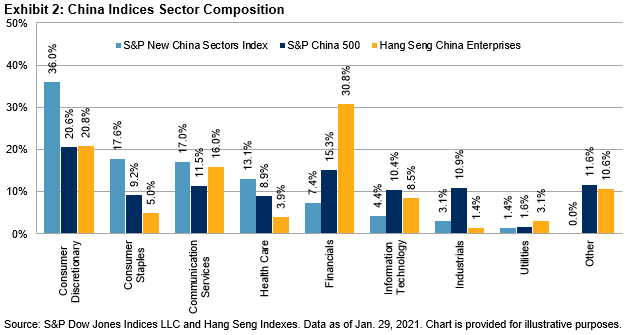 The second COVID-19 wave is hitting Latin America, and its effect on the largest Brazilian banks' 2021 results is still uncertain. S&P Global Ratings has come up with three stress scenarios to estimate potential losses and to what degree the large banks' capital adequacy would erode.

Where Will The Middle East And Africa Fit Into HSBC's Revamp?

Amid talk of further restructuring at HSBC Holdings PLC ahead of fourth-quarter 2020 results Feb. 23, attention is set to shift to the future of key growth markets for the bank, including the Middle East and North Africa. 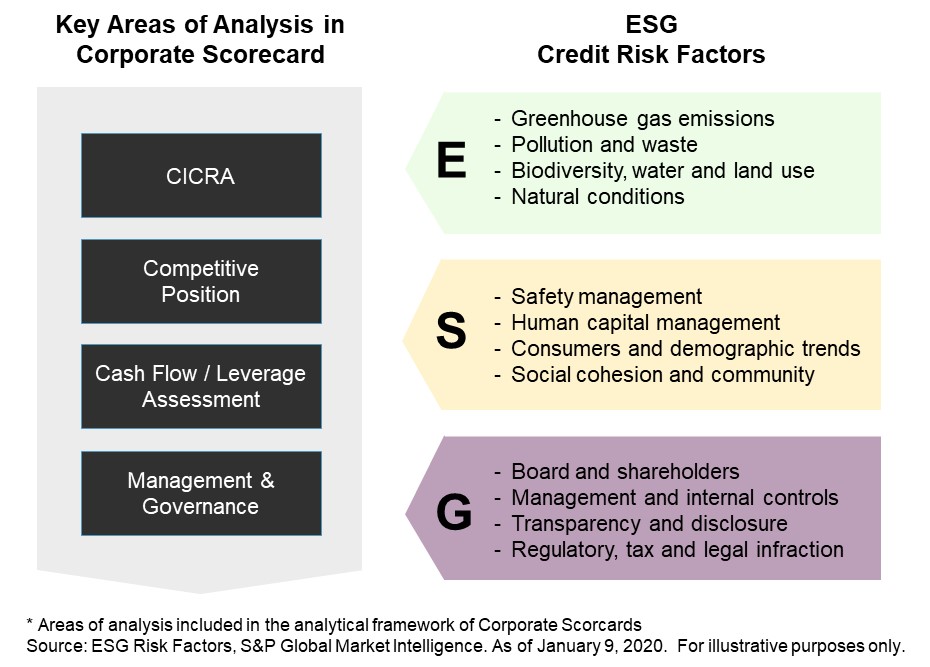 The analysis of ‘E’ addresses how the natural environment in which an entity operates can influence its credit profile. On one hand, it involves a review of the potential impact natural events and conditions may have on a business activity. On the other, it entails an assessment of the natural resources used by an entity, the waste and polluting gases produced, and how these factors may ultimately impact an entity’s reputational, legal, and regulatory risks and costs. 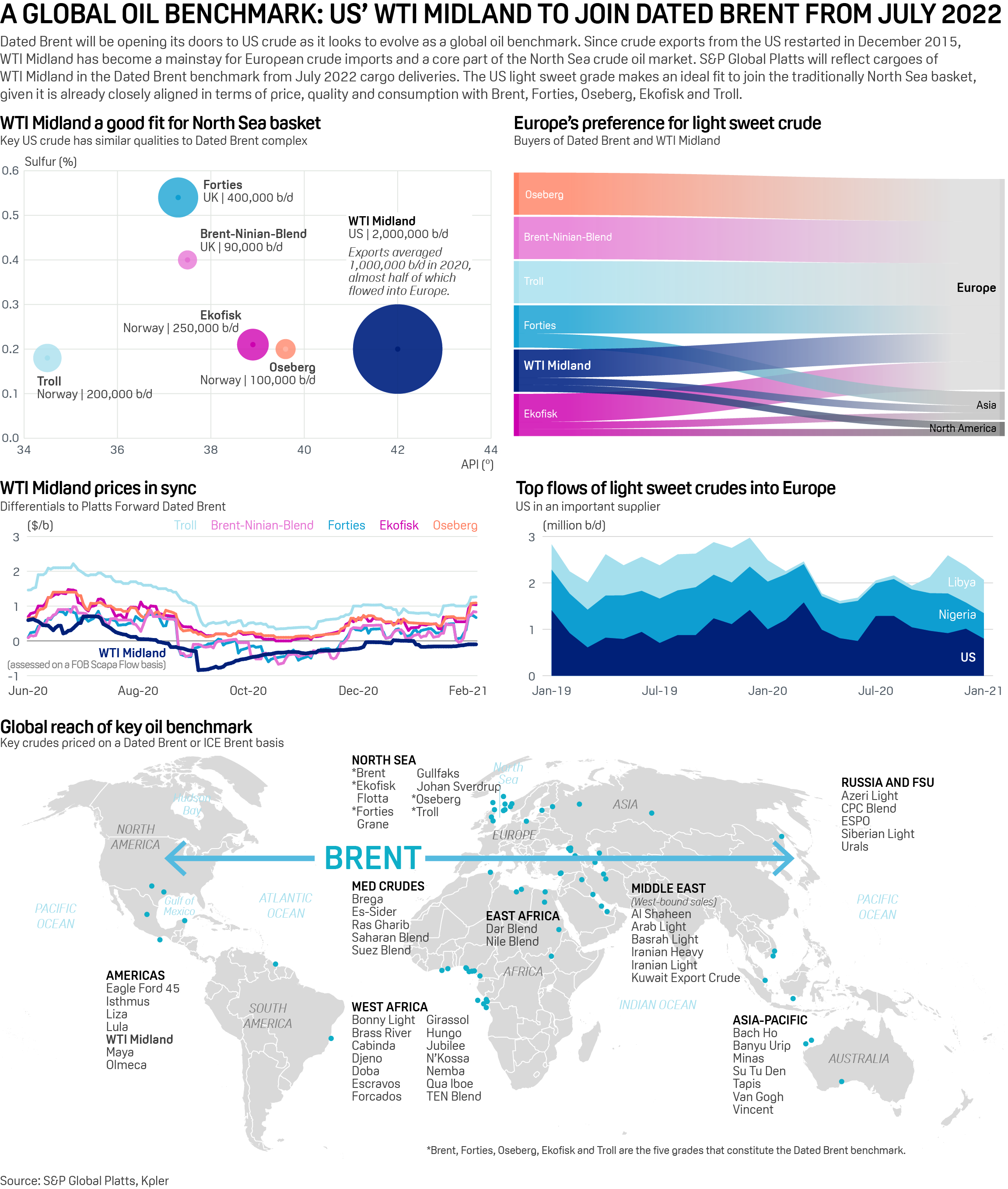 S&P Global Platts is to include US WTI Midland crude in its Dated Brent benchmark -- the world's biggest crude benchmark -- in a major change to what has been an exclusively North Sea-based assessment.

About 15% Of US Crude Output Remains Offline After Freeze-Offs: S&P Global Platts

Much of US oil production has rebounded from the severe winter weather that struck much of the country starting the week of Feb. 14, including large domestic oil plays in Texas and Oklahoma, although an estimated 15% of all crude output still remains offline.

Senior US lawmakers have slammed the Biden administration for failing to step up its opposition to the almost-complete Nord Stream 2 gas pipeline through increased sanctions designations.

Commodity prices, as assessed by S&P Global Platts, are hitting fresh highs, sparking a debate around a potential supercycle. Goldman Sachs' global head of commodity research Jeff Currie, who identified the last supercycle in the early 2000s spoke with Platts associate director Paul Hickin about why and how it's different this time around, what it means for oil, copper and the energy transition, as well as the outlook for demand, US shale and OPEC+.