The weeklong shutdown of the Ambassador Bridge—the busiest U.S.-Canada border crossing and a key trade route between the two North American economies—may have scuttled more than $1 billion in commerce.

Truckers protesting coronavirus vaccine mandates across Canada began on Feb. 7 and affected three border crossings between the U.S. and Canada. Most disrupted was the Ambassador Bridge, which links Detroit with Windsor, Ontario, is a critical passage for North America's supply chain, and was blocked for a week. The organization of and support for the protests, dubbed the “Canadian Freedom Convoy,” has been reportedly traced to various right-wing groups and the crowdfunding campaign platform GiveSendGo, on which Canadian authorities froze millions in donations to the protests. While the U.S. Department of Homeland Security has warned that similar protests could materialize stateside, a Canadian judge ordered protesters to clear the Ambassador Bridge late on Feb. 11. Canadian police removed remaining protesters from the bridge on Feb. 13, and the pass appeared functional without delays the following morning.

The increasing frequency of protests and social unrest around the world, including the blockade at the Ambassador Bridge, reinforces the importance of smooth and reliable supply chains as companies take into consideration their effects on operations. In the aftermath of the disruption,  $1.3 billion in imports may have been displaced, according to an analysis by Panjiva, part of S&P Global Market Intelligence based on the weekly average value of last 2021.

“Companies that went through supply chain difficulties last year are inclined to increase inventories to safeguard their manufacturing or retail operations,” Panjiva said in its report this week. “Risks from incidents like the Ambassador Bridge closure only reinforce that decision, even with the extra cost of carrying more goods on the balance sheet. Panjiva's analysis of S&P Capital IQ data on goods-producing sectors confirms that industries as a whole are following that pattern.”

Major North American automakers, particularly Ford and General Motors, could suffer the worst effects of the trade disruption. The blockade the bridge prompted major North American automakers to cut production due to shortages of parts and logistical difficulties, according to S&P Global Platts. As the busiest land crossing between the U.S. and Canada, and the primary route for automotive trade, the Ambassador Bridge handled nearly 20% of American imports from Canada last year and accounted for 35% of automotive imports in the fourth quarter alone, according to the Panjiva analysis.

"This interruption on the bridge hurts customers, auto workers, suppliers, communities and companies on both sides of the border that are already two years into parts shortages resulting from the global semiconductor issue, COVID and more," Ford spokesperson Kelli Felker said in a statement to S&P Global Platts.

Today is Thursday, February 17, 2022, and here is today’s essential intelligence. 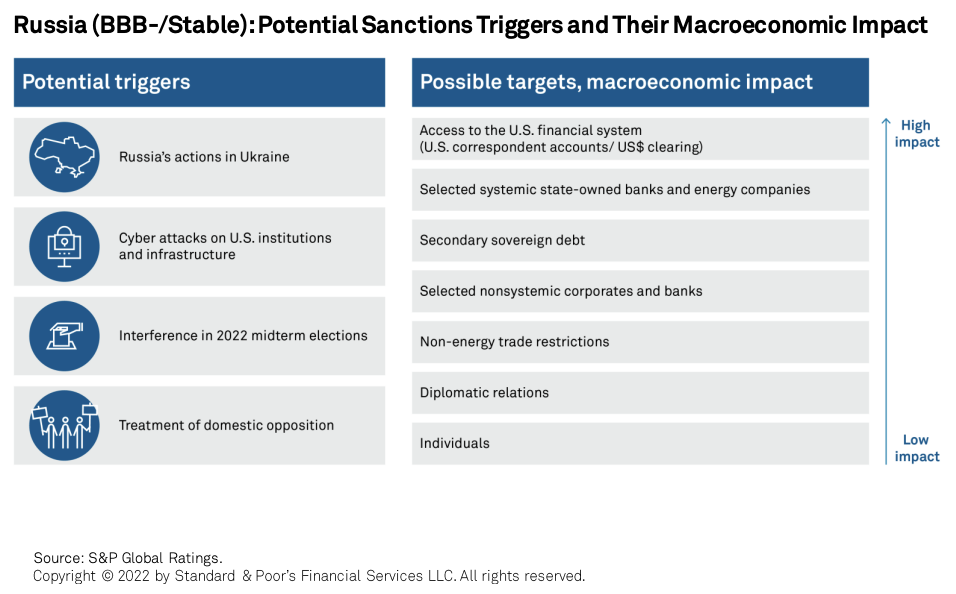 Financing conditions have tightened for emerging markets (EMs), both domestically and externally. Rising inflation, as well as tightening of financing conditions globally, are exerting pressure on EMs’ assets. Following publication of recent U.S. job report, S&P Global Ratings now expects six hikes by the Federal Reserve in 2022 (up from expectations of three or more a month ago). However, even though tighter external conditions are going to pressure EM exchange rates and bond yields, S&P Global Ratings’ view is that EM economies are overall better prepared for the Federal Reserve’s upcoming tightening cycle than in 2015.

Grover Burthey, head of ESG portfolio management at PIMCO, and Richard Mattison, president of S&P Global Sustainble1, joined Joe Cass on the latest edition of Fixed Income in 15. Discussion focused on PIMCO’s priorities in the ESG investing space, growth of the S&P Global Sustainable1 division, and the challenges ESG presents market stakeholders. They also discuss Grover’s experience in the U.S government, how Richard moved from neuroscience to ESG, and the duo’s professional role models. 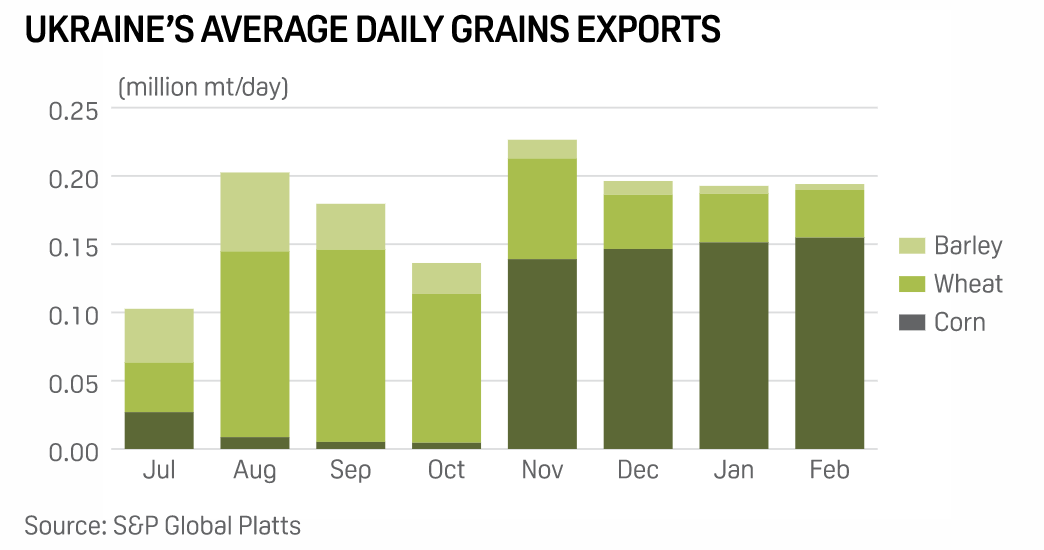 Ukraine's grains exports averaged 194,000 mt/day in the first 10 days of February, up 67% from the same period of 2021, sustaining the pace of the three previous months when combined shipments of corn, wheat, barley, and rye exceeded 6 million mt/month. Ukraine is one of the world's largest grain exporters, representing 16% of this year's total global corn exports and 12% of wheat, and has been under the spotlight this year because of fears that shipments from the country could be disrupted by an invasion by Russia, which has been amassing troops on the Ukrainian border. 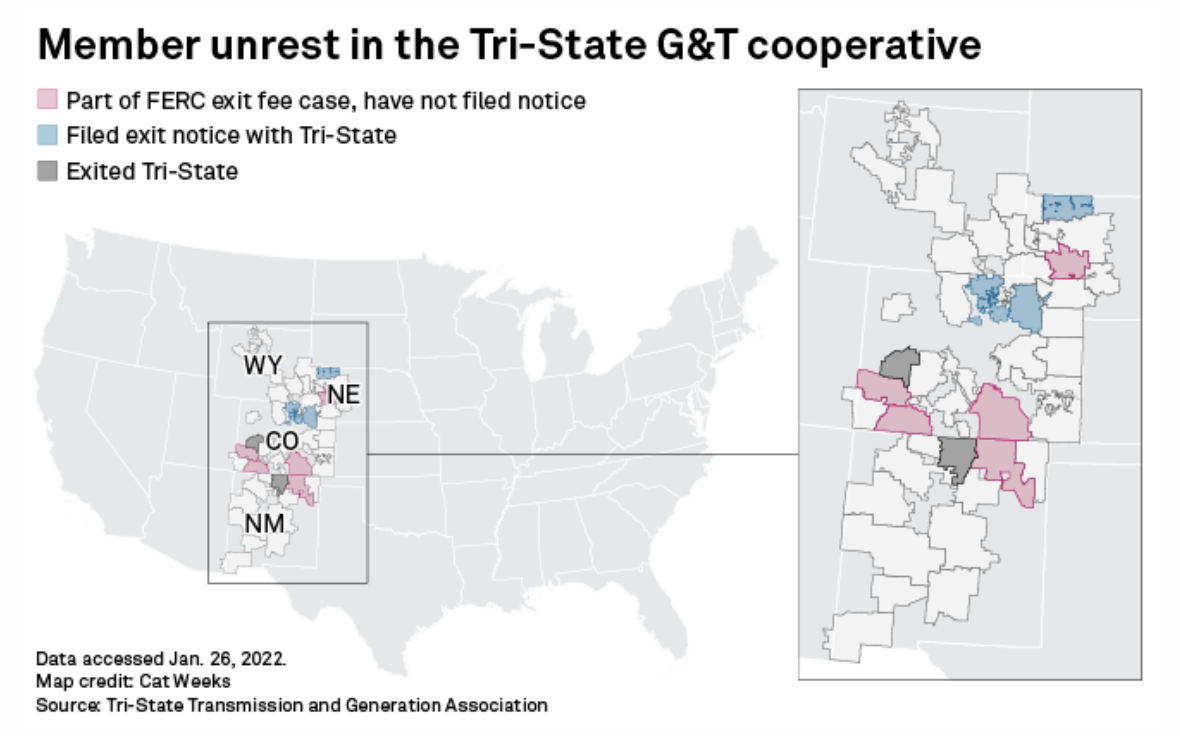 Competing visions for the future of energy are chipping away at Tri-State Generation and Transmission Association Inc.'s sprawling wholesale cooperative, which stretches from wealthy Denver suburbs to small-town New Mexico and remote Wyoming cattle ranches. The cooperative spirit of 70 years has given way to growing dissonance over Tri-State's power prices and the pace of its transition away from coal. Three distribution cooperatives accounting for nearly 27% of the association's member revenue recently announced they want out, following two other departures in recent years.

Europe Now On 'Safe Side' For Gas Supplies This Winter: Von Der Leyen 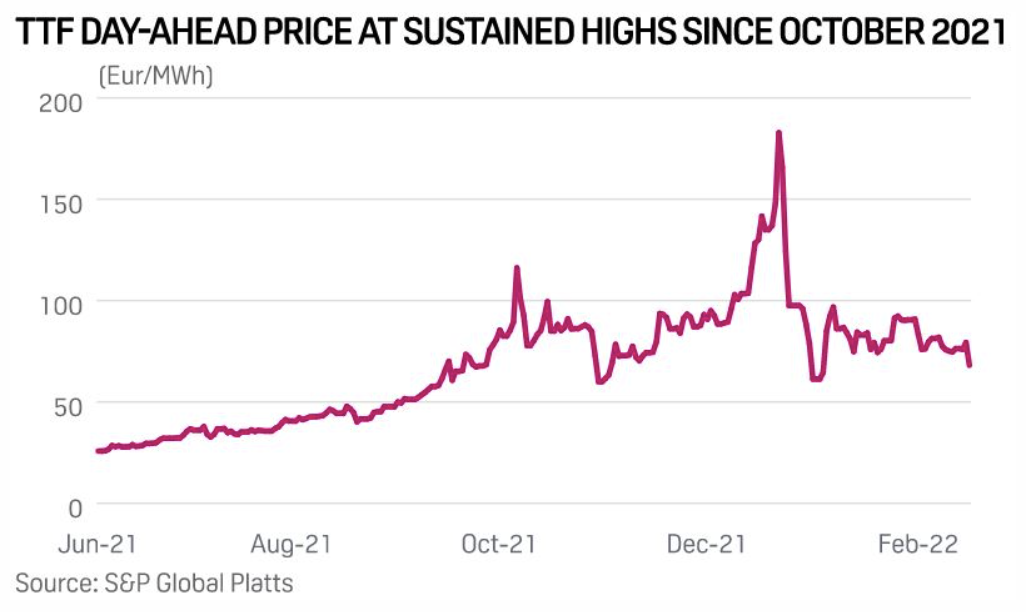 Europe is now on the "safe side" with regard to gas supply this winter despite concerns over Russian deliveries, European Commission President Ursula von der Leyen said Feb. 16, amid the continued standoff between Moscow and the West over Ukraine. In a speech at the European Parliament, von der Leyen also criticized Russia's state-controlled Gazprom for curtailing gas exports to Europe at a time of high demand and soaring prices. "We have, during the last weeks, looked into all possible disruption scenarios in case Russia decides to partially or completely disrupt gas supplies to the EU," von der Leyen said. 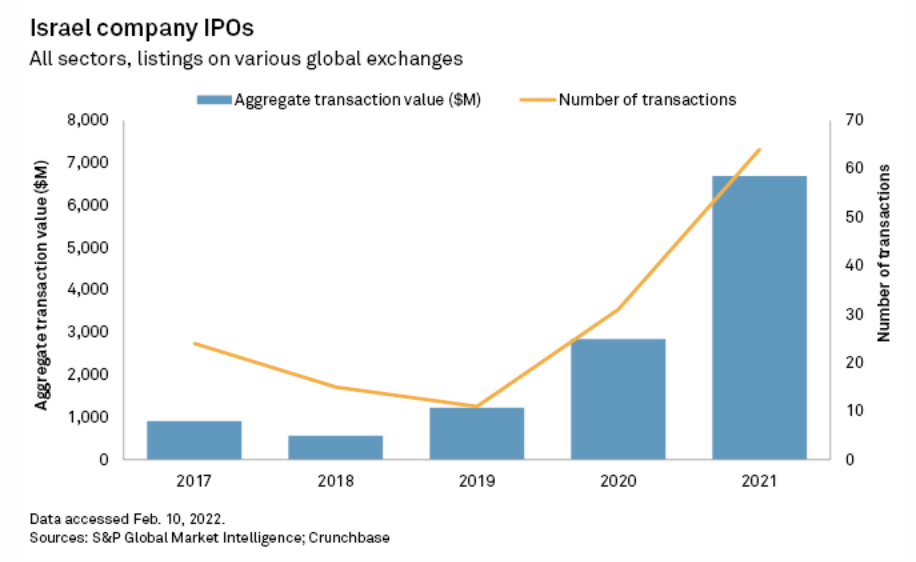 Israel's technology M&A boom may weather potential interest rate rises due to cash-rich buyers taking advantage of lower valuations and startups shunning IPOs amid market volatility. Companies that listed before this year's tech stock slump are sitting on cash piles that could let them pick up bargains during a global tech sector sell-off caused by concerns about the value of future earnings. Investor unease may also encourage smaller companies to accept takeover offers rather than risk potentially rocky share listings.