At COP27, how to make progress in the face of uncertainty

Arctic temperatures freezing the central and southern U.S. for the third consecutive day have plunged 4.7 million Americans unaccustomed to frigid cold into darkness with neither heat nor electricity and killed as many as 20 people. With frigid conditions set to continue this week, power grid operators’ struggle to prevent outages during extreme weather poses long-term problems as the physical effects of climate change accelerate.

The winter storm that pummeled 25 states over the weekend was likely caused by Arctic air warmed by climate change, which weakens the Jetstream and ultimately sends frigid air from the polar vortex southward and creates unprecedented plunges in areas not typically cold. As a result, utilities and power operators experienced record energy demand in the face of historic freezing temperatures. The surge forced widespread system failures that power providers have aimed to counteract with rolling blackouts to preserve the remaining generation.

A similar situation unfurled last summer in California under starkly contrasting weather conditions. As apocalyptic wildfires burned millions of acres across the Western U.S., energy operators instated rolling blackouts to reduce the failure of the entire energy grid that at that time left Americans without power during extreme heat. To protect against that outcome, California’s Public Utilities Commission is directing the state's three large investor-owned utilities to seek contracts for additional power generation capacity ahead of this summer, according to S&P Global Platts.

The U.S. Federal Energy Regulatory Commission and North American Electric Reliability Corp. announced on Feb. 16 a joint inquiry into the bulk power system's operations. The government agencies previously warned southern energy providers of the need to prepare for extreme winter weather in 2011 following a severe storm that prompted power loss from Arizona to Texas. Now, grid officials are blaming the power outages on the extreme temperatures while policymakers, environmentalists, and market participants point to the existing energy market’s weak defense against climate risk.

"Significant changes are happening on the grid. They're happening very fast, and if markets … can't ensure we have a resource mix that can perform under a variety of extreme conditions … then we need more tools," John Moura, NERC's director of Reliability Assessment and Technical Committees, told S&P Global Market Intelligence in a Feb. 16 interview. "More either market mechanisms [or] new market models to make sure that we can reliably integrate more wind and solar."

The polar plunge has stopped energy generation across the southern U.S. Nearly 13% of gas production is offline because of cold weather, according to S&P Global Platts Analytics. The inclement weather pushed refineries offline and wiped out 4 million barrels per day of U.S. crude production by Feb. 15 as the power failed and wellheads froze. S&P Global Platts Analytics’ estimates that production could be restored as soon as the weekend. Down the Gulf Coast, the deep freeze forced petrochemical producers to shut down plants and has been "affecting transportation, railroads, trucking–even if you can make the product, you can't get it delivered," a market source told S&P Global Platts, going as far to say that "it's going to have a major impact on all these plants on the Gulf Coast. It's at least as bad as a hurricane and it's more widespread."

Power prices rallied to record highs over the weekend through today as demand pushed electricity markets up and incited market volatility. Energy prices skyrocketed in Texas, which is suffering most from the situation, resulting in the Electric Reliability Council of Texas, which operators the energy grid for most of the state, to cap prices at $9,000/MWh on Feb. 16. The prices of natural gas, which is normally a cheap energy source, soared as recently as Feb. 16, with the Waha Hub benchmark price in Texas’ Permian Basin climbing nearly 50 times higher for gas flows and cash prices at the benchmark Henry Hub nearly doubling to $6.118/MMBtu, according to S&P Global Market Intelligence.

“This was an extreme event climate-wise,” former FERC Chairman Jon Wellinghoff told S&P Global Market Intelligence, referring to the extreme weather. “We have to understand that those events are going to happen more often now."

Today is Wednesday, February 17, 2021, and here is today’s essential intelligence. 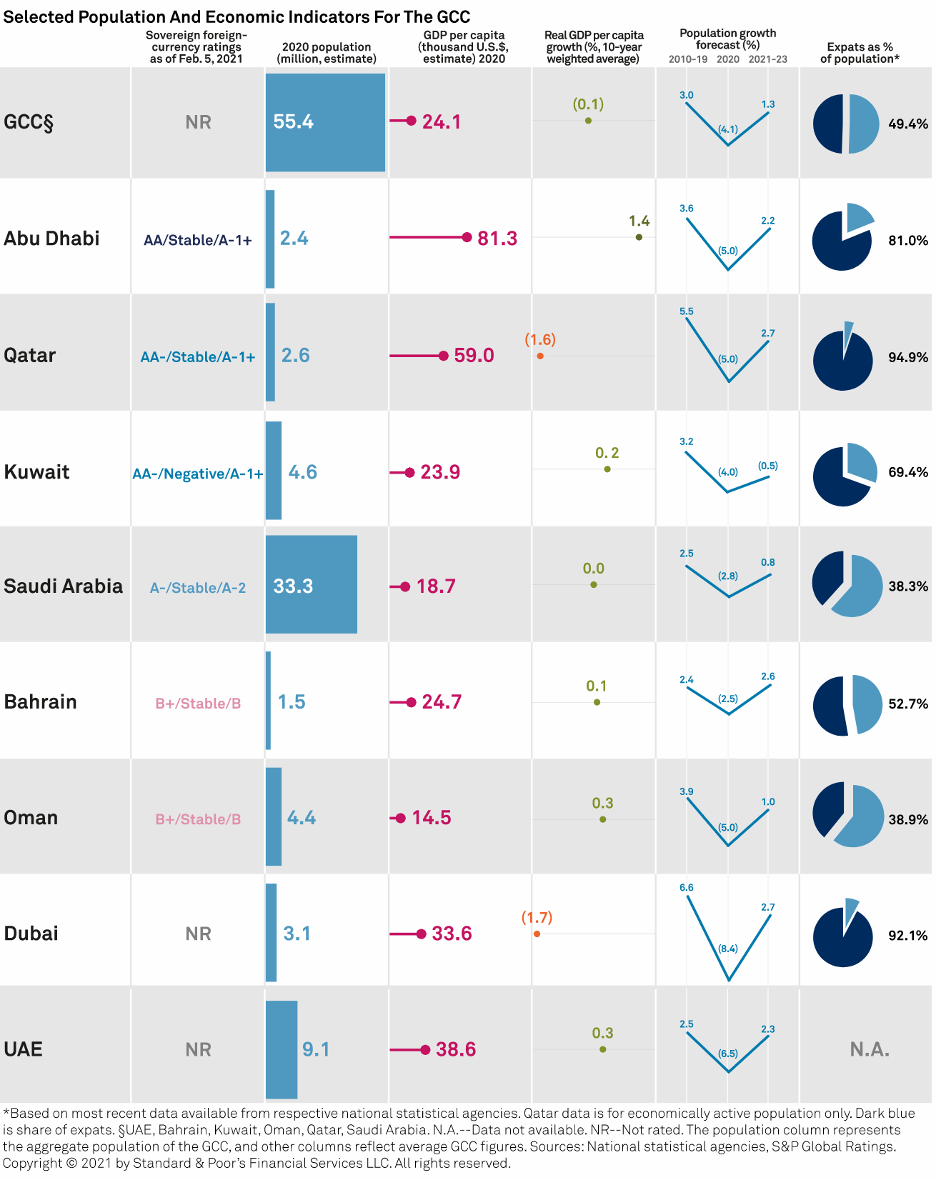 The exodus of expat workers from Gulf countries in 2020, due to the economic fallout from COVID-19 and oil price shock, has accelerated a shift in the region's labor market that S&P Global Ratings expects will continue through 2023. 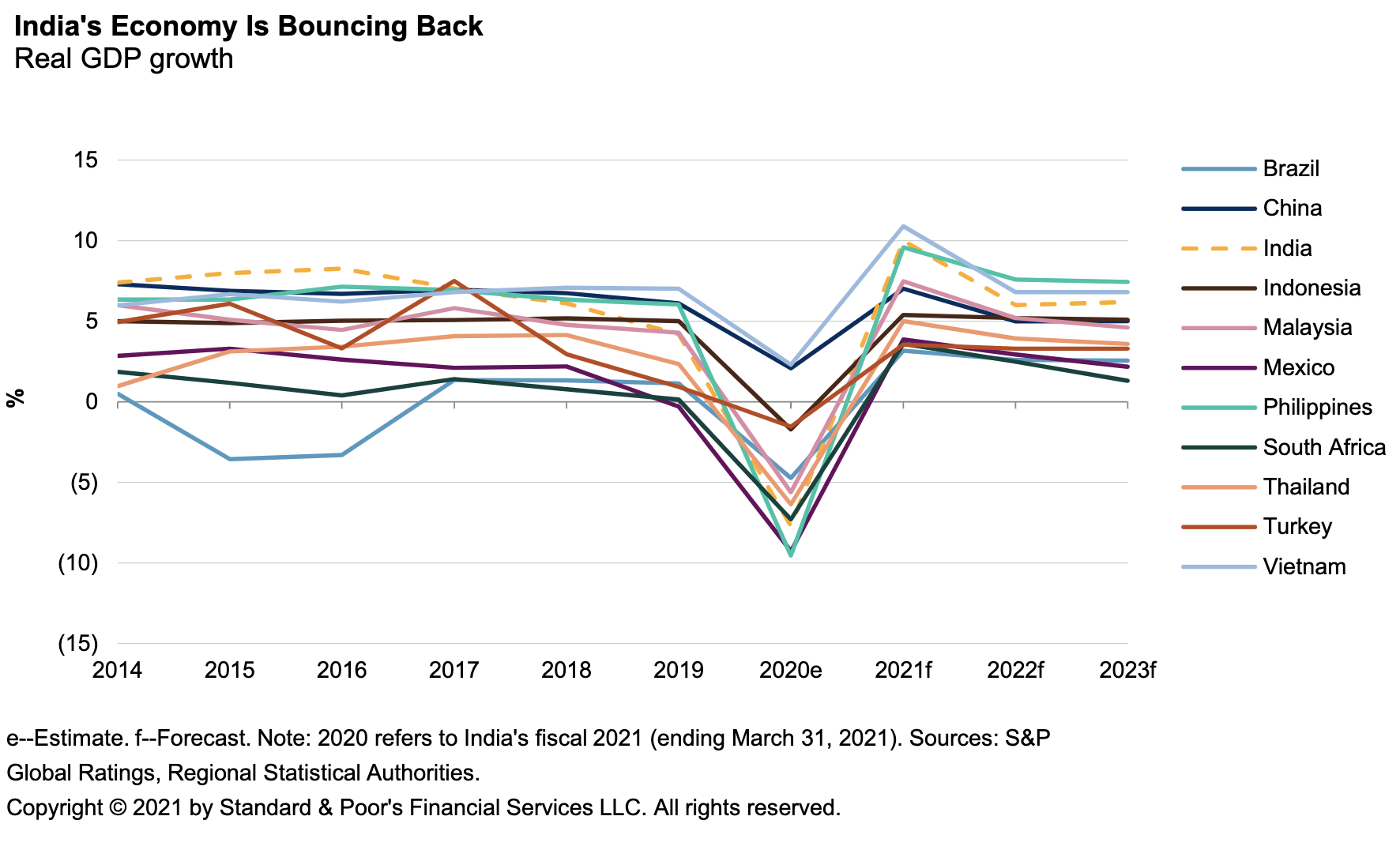 The Indian economy is on track for a recovery in fiscal 2022, bolstering corporate earnings and demand for utilities. The recovery's pace and scale determines the sustainability of the government's higher fiscal deficit and debt stock.

While Significant, The Oil Price Recovery Has Lagged Other Assets 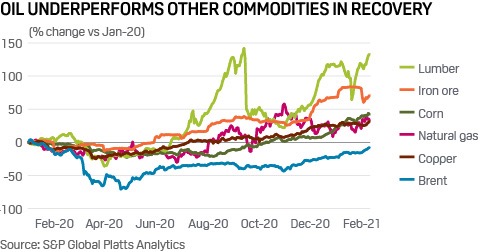 The price recovery in oil has been rather remarkable given that less than a year ago S&P Global Platts witnessed extremely low pricing with physical oil benchmarks approaching $10/b and the WTI futures contract even dipping below $0/b on that infamous day in April of 2020.

Commodity trade finance suffered a hit to its reputation in 2020 as it faced major losses and fraud scandals, all while banks scaled back their lending. Despite this, funds see the segment as an attractive investment opportunity, even more so now that banks want out. 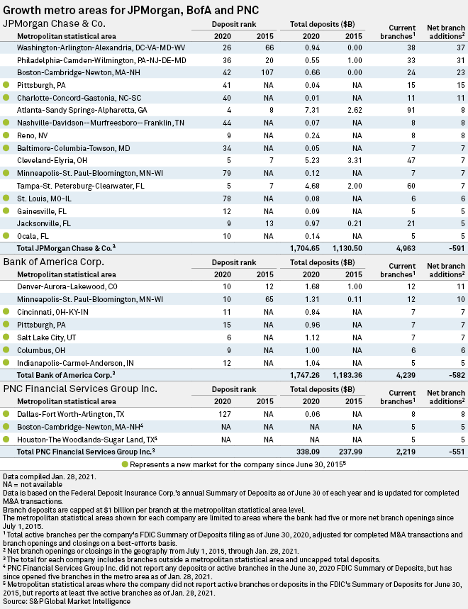 JPMorgan Chase & Co. CFO Jennifer Piepszak had just given an update on the bank's branch expansion plan and paused to take note of her boss' excitement that it expects to have a physical presence in each state in the continental U.S. this year.

Mitsubishi UFJ Financial Group Inc. will likely continue to face higher credit risk than two other Japanese megabanks in the near term as the lender's larger international operations leave it more exposed to loan defaults in economies hit hard by the coronavirus pandemic. 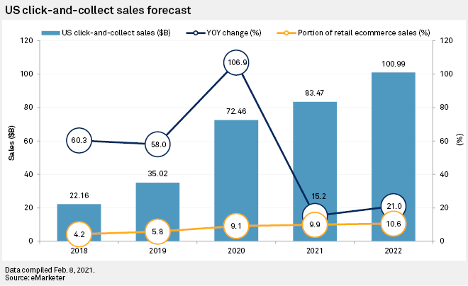 Major brick-and-mortar retailers could fend off competition from online retailer Amazon.com Inc. by continuing to offer curbside pickup and other contactless delivery services that are poised to grow in the coming years, industry experts say.

Battle For No. 3 Streaming Service Behind Netflix, Disney Begins – Analysts

By 2024, Netflix Inc. and The Walt Disney Co. are expected to be neck and neck for leading the global streaming market. But who will claim the No. 3 spot?

Although there was a slight drop in global internet outages in the second week of February compared to the prior week, there was an increase in outages during business hours, according to data from ThousandEyes, a network-monitoring service owned by Cisco Systems Inc. 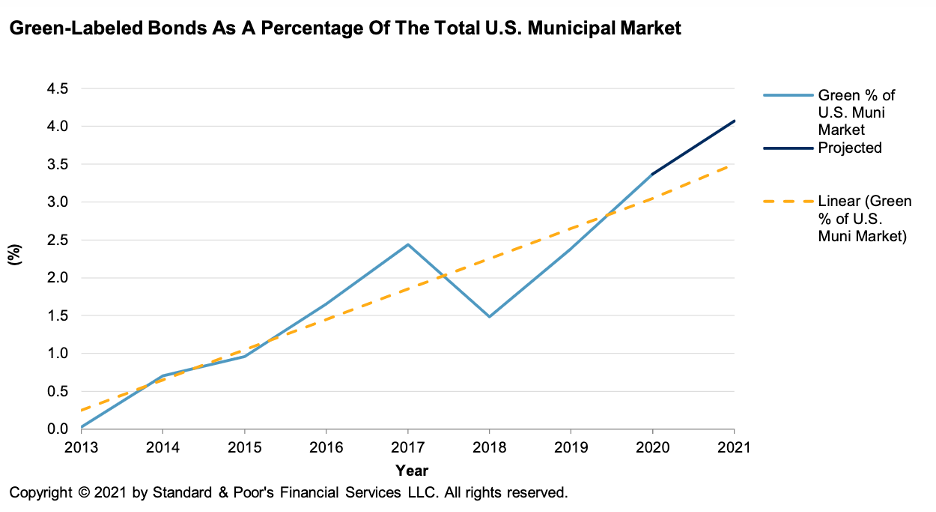 BlackRock Inc. is pressing companies worldwide to start planning for a net-zero economy, but the world's largest asset manager still has substantial investments in fossil fuel companies, including coal producers.

Developers in the U.K. are coming to terms with new competitive pressures in the world's largest offshore wind market after a leasing round for sections of the seabed fetched sky-high prices and saw incumbents outbid by market newcomers.

Dominion Energy Plans To Spend $72 Billion On Decarbonization By 2035

Dominion Energy's planned $72 billion capital investment in decarbonization by 2035, touted as the largest amount of any regulated US utility, should help drive a 10% annual shareholder return for its regulated utility operations through 2025, executives said Feb. 12.

ESG-related downgrades totaled just over 1,000 over the period: 481 in structured finance, 335 in corporates and infrastructure, 156 in U.S. public finance, and 30 in sovereigns and international public finance. The recent military coup in Myanmar is expected to inject headwinds into the Asian gasoline market as the political situation has raised fears of slowing imports in the near term, potentially squeezing domestic supplies in a country that has limited production bandwidth of its own.

The Uinta Basin in Utah is the producing area of the U.S. Rocky Mountains. Its production has declined in recent years for two reasons: the region's isolation and the gooey, waxy crude produced from it.