With U.S. inflation at the highest level in four decades, what will the year ahead look like for global markets against a backdrop of evolving monetary policy and the continuing pandemic?

Consumer prices in the U.S. swelled 7.5% in January from a year earlier—more than the consensus estimate of 7.2% and the highest recorded since 1982—and 0.6% on a monthly basis, according to Consumer Price Index data released yesterday. Such conditions are likely to put additional pressure on the Federal Reserve and other central banks around the world to get inflation under control.

While many companies have pushed higher prices onto their customers and consumers, inflation is a top concern for many.  Mentions of inflation-related words appeared in 71% of fourth quarter 2021 earnings calls, a notable increase from 39.2% a year earlier, according to an S&P Global Market Intelligence’s analysis of earnings call transcripts from S&P Capital IQ.

“The U.S. Consumer Price Index, both total and core, each surged by 0.6% in January on a monthly basis, beating market expectations yet again. On a year-over-year basis, both total and core reached their highest rates since 1982, when Paul Volker was the chairman of the Federal Open Market Committee,” S&P Global Ratings Chief U.S. Economist Beth Ann Bovino told the S&P Global Daily Update. “These explosive price gains make a 25-basis-point (bps) March rate increase almost a slam dunk, and the possibility of a 50-bps rate hike this year increasingly likely.”

S&P Global Economics expects the U.S. central bank to raise interest rates six times this year, starting in March, followed by an additional five in 2023-2024. Emerging market economies, which have experienced turbulence during Fed tightening cycles, appear better-positioned to weather changing conditions than they were in previous cycles. The Bank of England has already raised rates twice, and the European Central Bank could in March begin preparing markets for its monetary policy normalization depending on inflation, wages, and growth forecast revisions. S&P Global Economics projects that once the ECB phases out its net asset purchases, the eurozone’s central bank could raise rates for the first time in December of this year—after which passive balance-sheet normalization could continue until 2031, since the average duration of the ECB's bond portfolio is seven years. The Reserve Bank of Australia has said that its decision to cease its bond-buying program doesn’t imply a pending rate hike. In contrast with its Western counterparts, the People’s Bank of China last month cut its key lending rates and indicated that it may soon further cut interest rates to offset slower loan growth.

“Looking ahead, more consequential than omicron will be the success (or failure) of central bank policy in slowing inflation without halting the post-pandemic recovery in its tracks,” S&P Global Ratings said this week in a special update to its global credit conditions outlook. “The next few months of inflation data will be critical, as they will determine whether the priced-in pace of Fed tightening would need to accelerate with the attendant risks of a more disruptive market adjustment.”

Ahead of the Fed raising rates, equity market investors appear to be moving from growth stocks into value stocks and could also see small-cap stocks suffer, according to S&P Global Market Intelligence. In the bond market, investors’ pessimism about short-term growth prospects and expectations for an eventual economic recovery have contributed to an inversion in the Treasury yield curve.

Now that economic growth has slightly slowed, inflationary pressures have increased, and interest rates are soon to rise, change in the credit cycle could weigh heavily on some weaker companies with low coverage ratios in the middle market, according to S&P Global Ratings.

U.S. banks are set to benefit from higher rates. S&P Global Ratings anticipates that banks’ net interest income could rise 10% this year and even more in 2023 if the monetary policy tightening doesn’t result in an economic downturn or major market instability. Additionally, S&P Global Market Intelligence anticipates that community banks will likely enjoy a rebound in margin growth this year and a material lift in earnings next year on the back of the Fed’s rate hikes.

While some market participants have compared current conditions to the high inflation and surging wages of the 1970s, the U.S. economy appears likely to avoid a wage-price spiral despite pay and inflation soaring, according to S&P Global Market Intelligence.

Today is Friday, February 11, 2022, and here is today’s essential intelligence.

When Rates Rise: Tighter Monetary Policy Will Provide A Lift To U.S. Banks 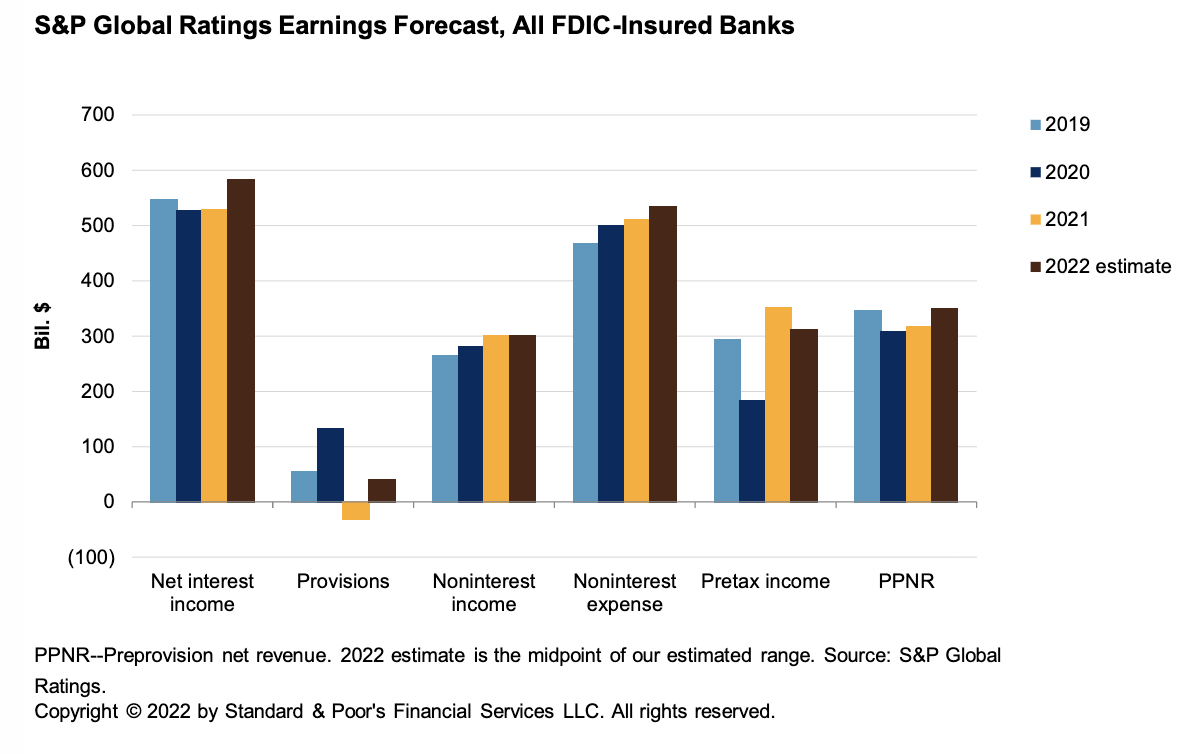 The Federal Reserve's impending tightening of monetary policy could significantly benefit U.S. banks. When the Fed raises interest rates, it will boost banks' net interest margins from multidecade lows and help them deal with an inevitable increase in provisions for credit losses, rising wages and technology spending, and pressures on some sources of fee income. S&P Global Ratings believes the combination of higher rates and accelerated loan growth—spurred by the expanding economy—could drive a strong increase in net interest income for the banking industry this year with further increases in 2023 and 2024. 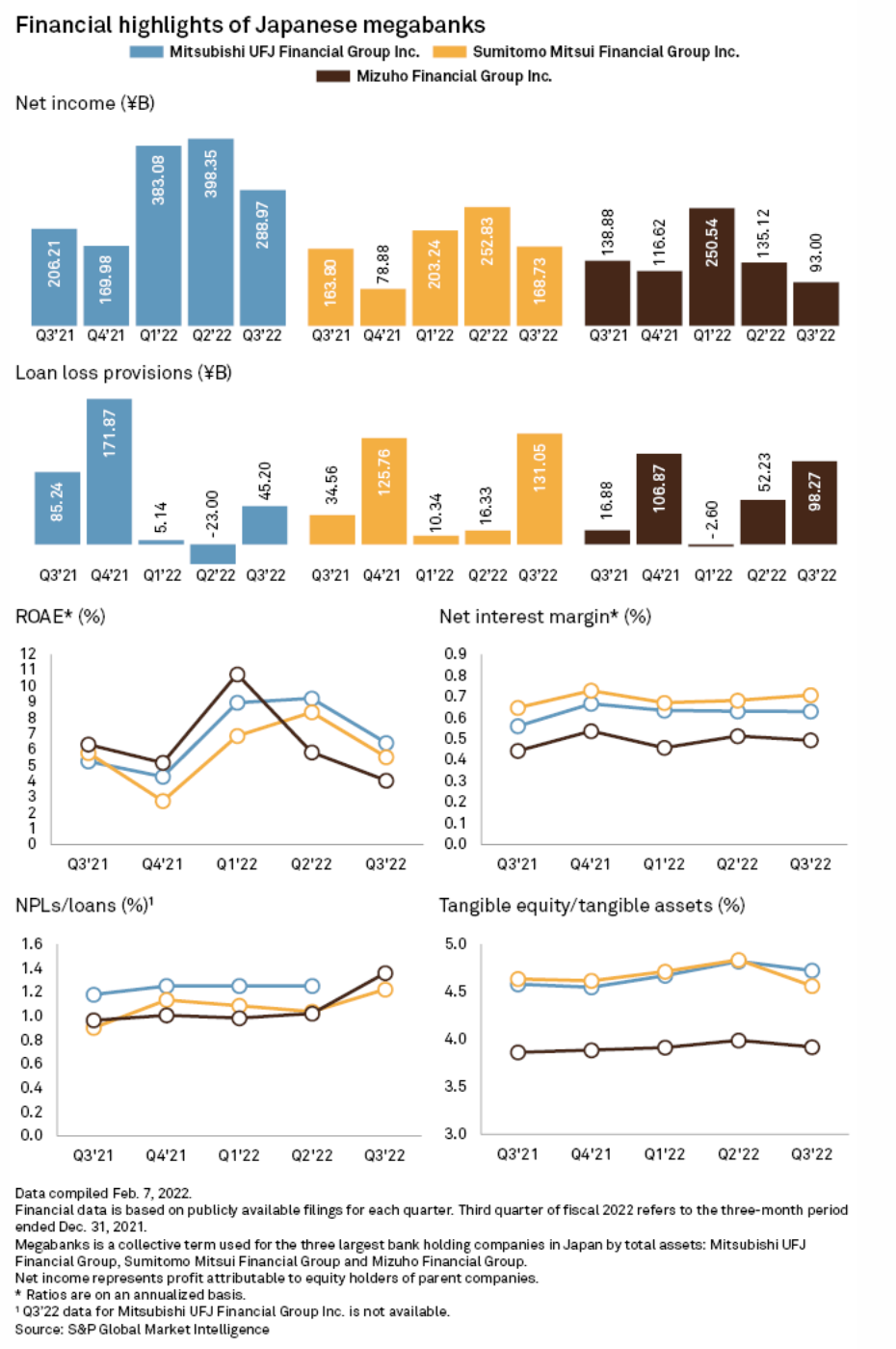 Japanese megabanks are likely to report higher nonperforming loan ratios in the coming quarters as the lenders have set aside more buffers against bad debts amid a modest economic recovery and rising borrowing costs. Sumitomo Mitsui Financial Group Inc. earmarked ￥131.05 billion as loan loss provisions, an indicator of a lender’s assessment of future asset quality, in the fiscal third quarter ended Dec. 31, 2021. It was up sharply from ￥34.56 billion a year ago and ￥16.33 billion in the previous quarter, and the highest among the three megabanks. 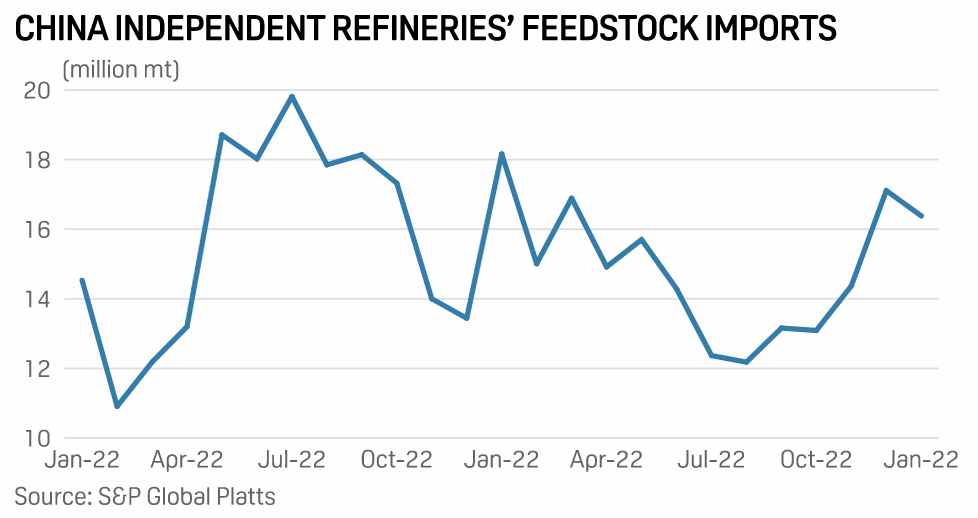 The feedstock imports for China's independent refineries fell by 4.3% to 16.38 million mt in January from the 11-month high in December 2021, latest data compiled by S&P Global Platts showed Feb. 10. Feedstock imports comprise crude, bitumen blend, and fuel oil. Pure crude imports, which are required to utilize crude import quotas, amounted to 15.3 million mt last month, down 6.4% from 16.37 million mt in December 2021. The robust feedstock demand from the mega refineries continued to be key in sustaining these imports in January. Combined crude imports by Hengli Petrochemical (Dalian) Refinery and Zhejiang Petroleum & Chemical rose 11.2% on the month to 5.18 million mt from 4.66 million mt in December. 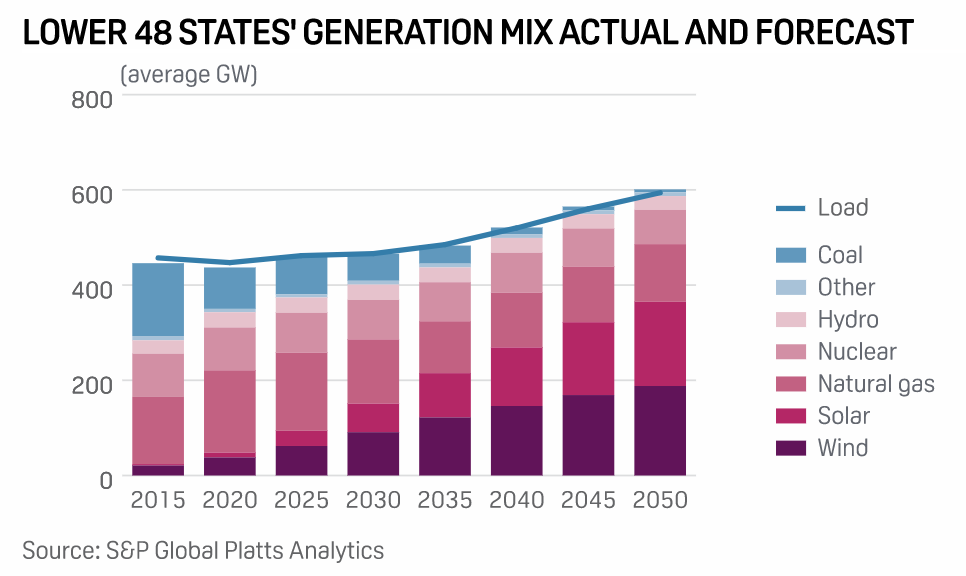 The energy sources that dominate in 2050 and whether they deliver crucial decarbonization reductions depends on policy and investment decisions being made today and potentially on consumers' willingness to withstand price disruptions along the way, a Bipartisan Policy Center panel said Feb. 9. Asked to predict how the energy transition will play out over the next three decades, the panelists predicted current oil and gas producers might still play a key role, whether from continuing to pump the lowest-carbon streams in their portfolios or from using existing skills to pivot to new areas. 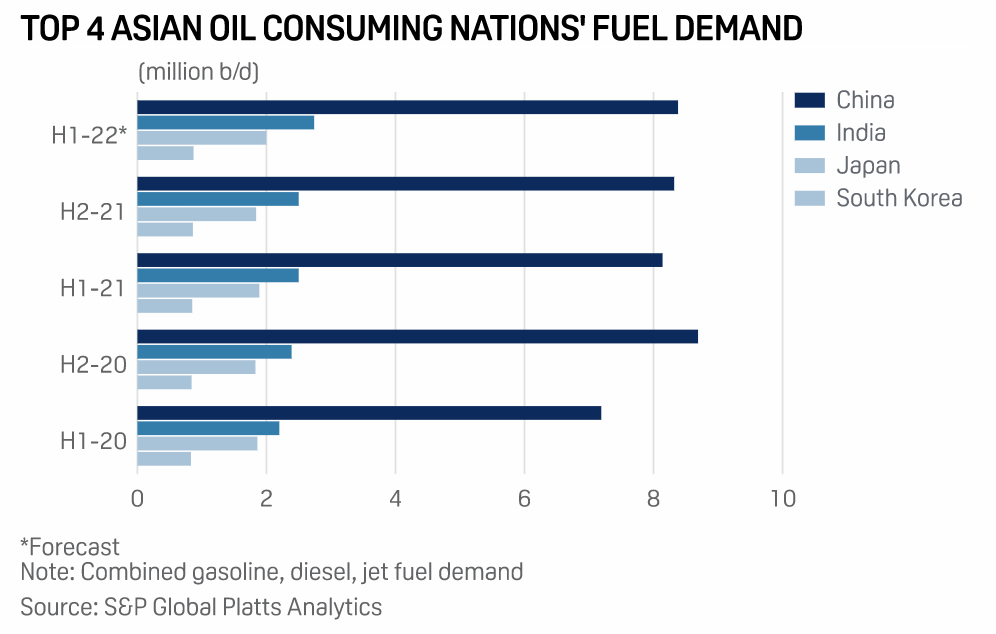 The dramatic sprint of crude oil toward $100/b is prompting Asian importers to rethink supply strategy as well as their fiscal roadmap, which could result in an aggressive recourse to strategic reserves, changes to fuel subsidies and taxes, and a much bigger push toward new energy alternatives. Although the oil demand outlook for top consumers China and India looks resilient following a lengthy period of pandemic-hit uneven growth, keeping the oil import bill in check is one of the biggest priorities in Asia at a time when governments are desperate to allocate funds for economic revival, analysts said.

Listen: Next In Tech | Episode 51: Booming M&A In Tech

Last year closed out tremendously strong, with M&A deal volumes setting new records. Research director Brenon Daly returns to talk with host Eric Hanselman about rocket-like growth and the results of the M&A Outlook study. Valuation multiples are up a full turn, but will this continue into 2022? Interest rates and market pressures may begin to weigh on deals.