After two days of deliberations, OPEC+ and Russia agreed to continue with its planned oil output increase—signaling that the Omicron coronavirus variant’s potential implications on global economic activity could be overcome by pent-up demand.

The oil alliance agreed on Dec. 2 to raise its 23 members’ and partners’ quotas by 400,000 barrels per day, despite the discovery of the new variant, the forthcoming U.S.-coordinated strategic petroleum reserve release, and evolving monetary policies, according to S&P Global Platts. Russia’s economic role within OPEC+ has strengthened, and the country may even align its production policy with Saudi Arabia and other Middle Eastern producers. Most market participants see OPEC+ setting the tone for 2022 oil markets.

The group said it would meet again "pending further developments of the pandemic, and [to] continue to monitor the market closely and make immediate adjustments if required.”

Although much is still unknown about the Omicron variant, S&P Global Platts Analytics projects that the new strain could curb oil demand growth to as low as 2.9 million barrels per day in 2022, as compared to base case demand growth of 4.8 million barrel per day.

Today is Friday, December 3, 2021, and here is today’s essential intelligence. 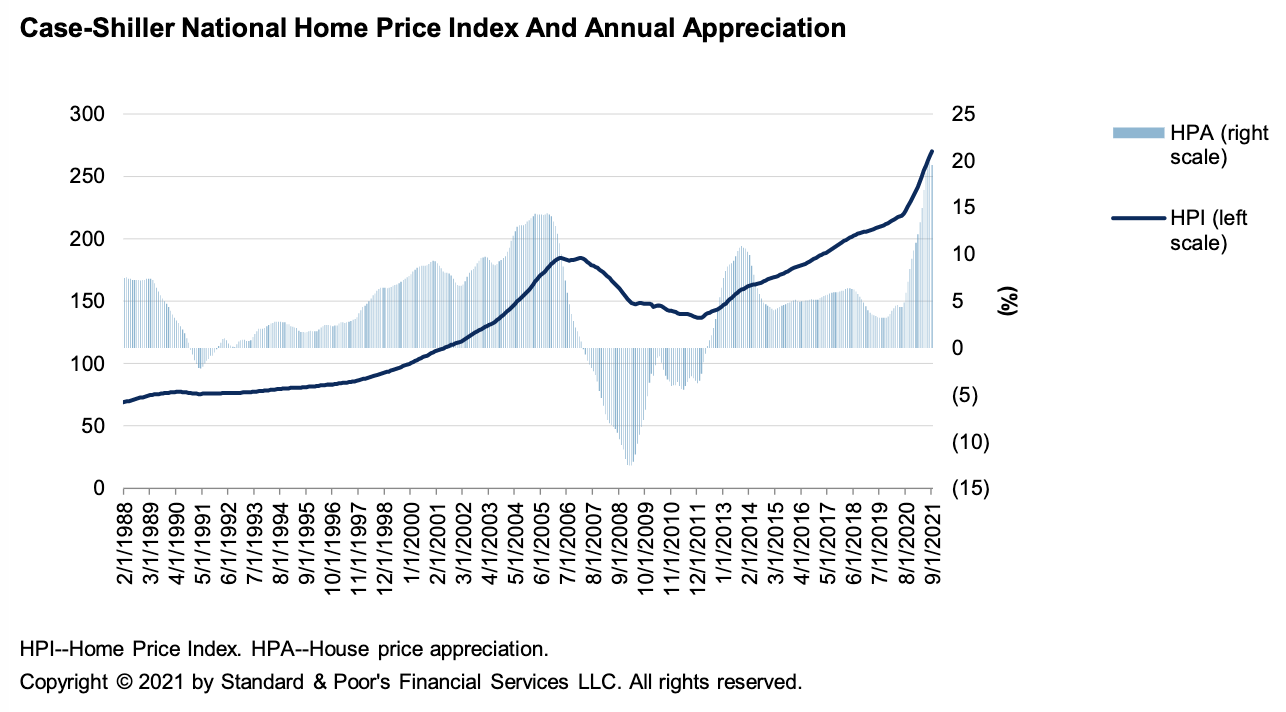 Although U.S. home prices are enjoying stable economic support, the current record pace of price growth is not sustainable for an extended period. While the most recent consumer price inflation readings have been the highest in years, S&P Global Ratings believes that, under the Fed's currently announced policy settings, inflation should return to the target rate of 2% on average, likely by year-end 2022.

Listen: Take Notes: The Stability Of U.S. Timeshare Abs Performance During The Pandemic

Director Jay Srivats joins our host Tom Schopflocher this week to give an update on the U.S. timeshare securitization sector. The latest episode of Take Notes covers the consolidation trends in the sector this year and their impact on issuance volume, along with the sector's overall stable ratings performance despite pandemic-related increases in deferrals and delinquencies. 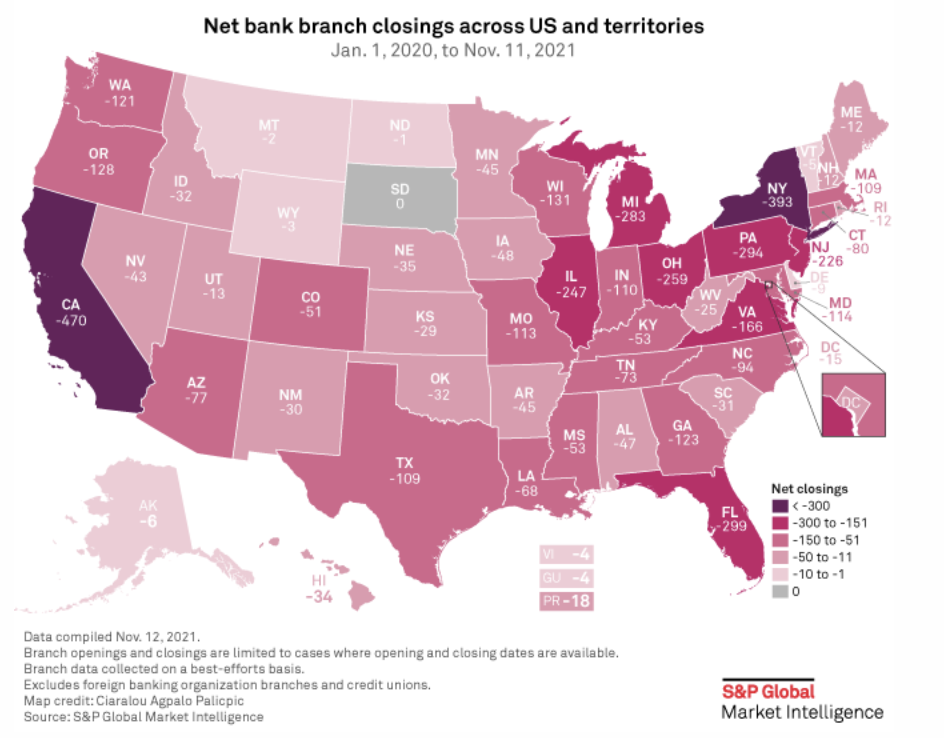 Sinclair Broadcast Group Inc. President and CEO Chris Ripley is confident the company will be able to secure NBA and NHL rights to help launch its direct-to-consumer sports service next year. Ripley said the company is engaged in active and ongoing discussions with the pro basketball and hockey circuits, telling investors at conferences on Nov. 30 and Dec. 1 that he expects some news around those negotiations shortly.

Asia-Pacific banks with a strong record of digitalization and expansion in fee income will likely grow more quickly than their peers over the next five years, a study by McKinsey finds. Banks will continue to see competition from digital entrants, which have managed to accelerate their growth during the pandemic. 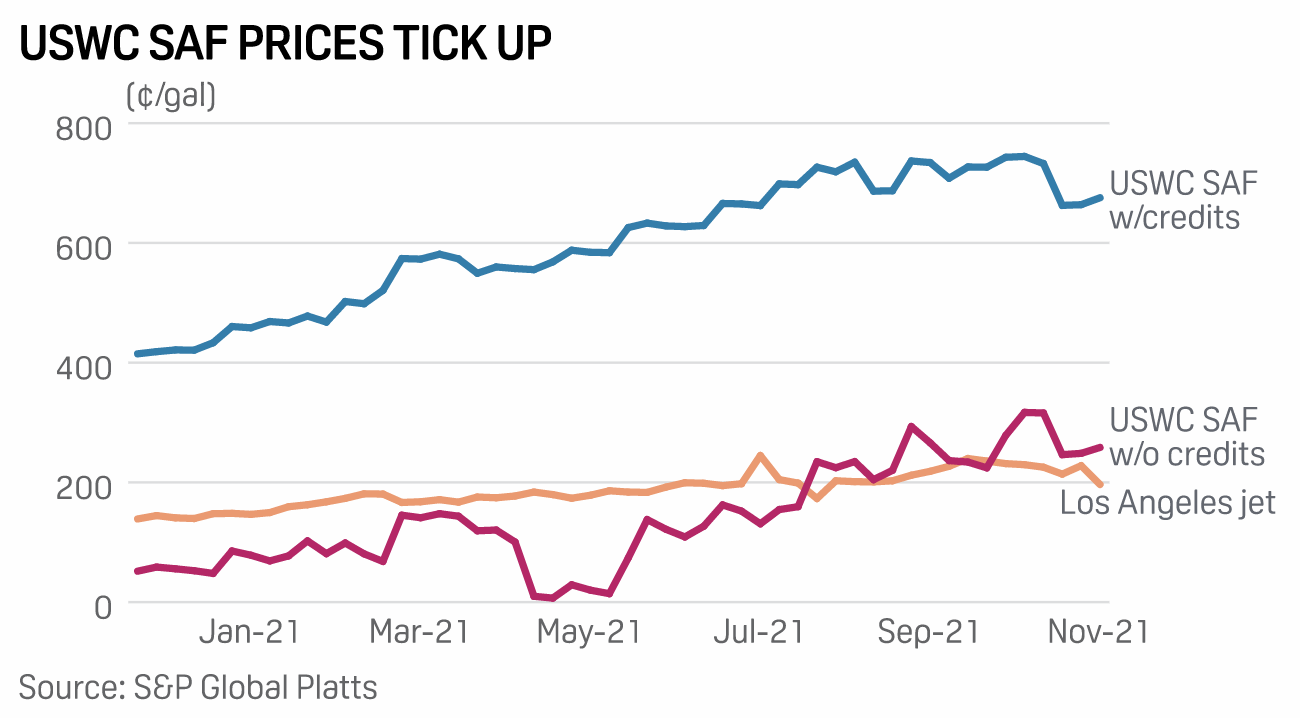 United Airlines is flying a jet with more than 100 passengers from Chicago to Washington, D.C., on Dec. 1 using 100% sustainable aviation fuel, marking the first commercial flight ever using only renewable fuel, the company has said. Currently, airlines are only permitted to use a maximum of 50% SAF. The SAF used on the Dec. 1 flight is drop-in ready and compatible with existing aircraft fleets, United said.

The insurance industry made further progress on climate change resilience at November's COP26, but has a ways to go when it comes to reducing or eliminating underwriting for carbon-related activities. Insurers had a bigger presence at COP26 than at previous gatherings and had a particularly robust showing in the resilience conversation.

China's Sinopec has embarked on a diversification spree by launching the construction of the world's biggest solar-based green hydrogen plant, a sign that leading oil refiners in Asia are accelerating efforts to ensure they are well prepared for the changing energy landscape.

Over the past week, global financial markets have been roiled by the discovery of the “omicron” COVID-19 mutation. It’s far too soon to know how much this new variant will impact the world’s economy—but its discovery suggests an interesting thought experiment in, of all things, corporate governance. 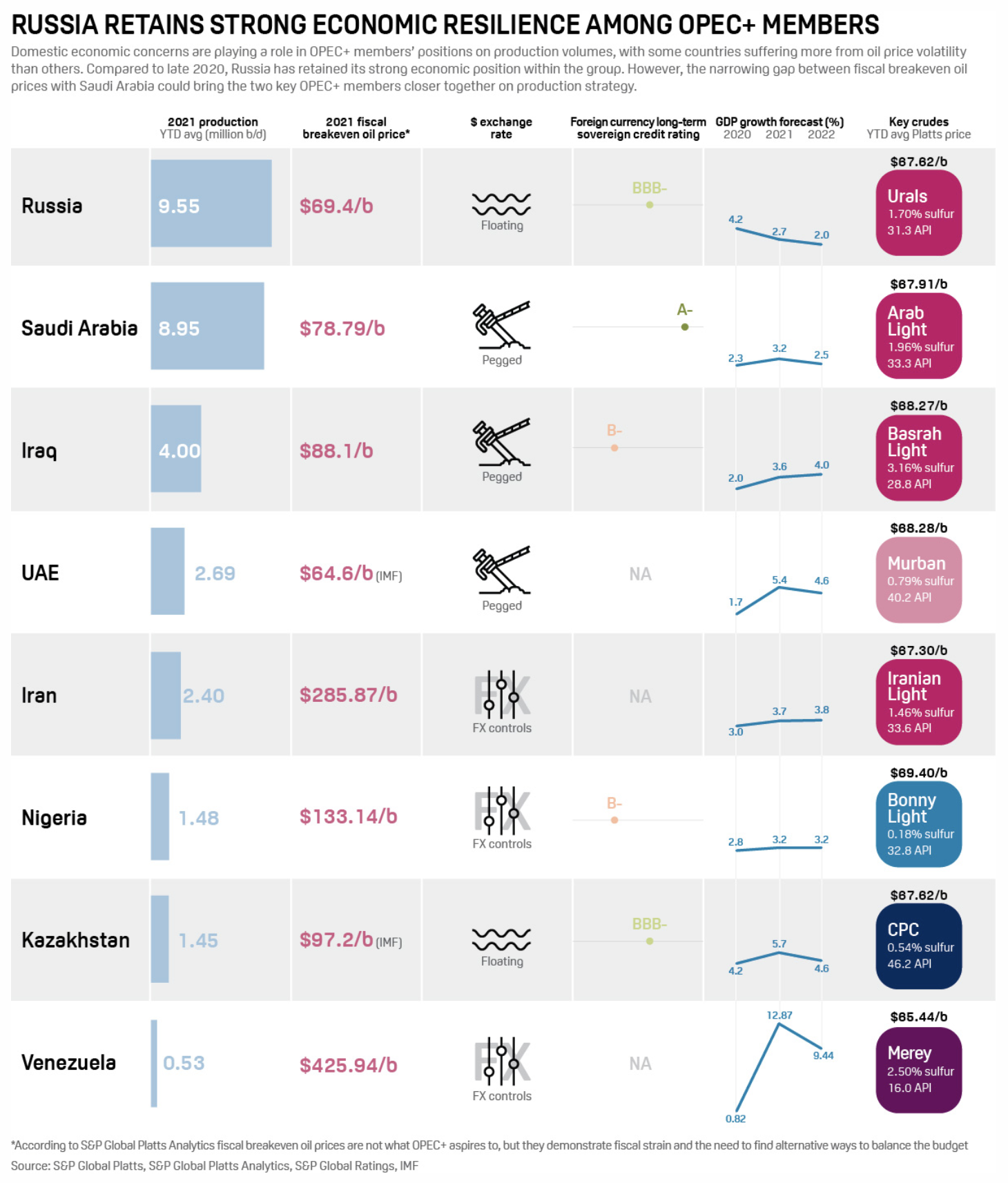 Domestic economic concerns are playing a role in OPEC+ members' positions on production volumes, with some countries suffering more from oil price volatility than others. Compared to late 2020, Russia has retained its strong economic position within the group. However, the narrowing gap between fiscal breakeven oil prices with Saudi Arabia could bring the two key OPEC+ members closer together on production strategy.

Bipartisan U.S. Representatives Terri Sewell of Alabama and Bill Johnson of Ohio introduced legislation in the U.S. House of Representatives Dec. 2 that seeks to combat China's unfair trade practices and industrial overcapacity, with an eye on protecting the domestic steel industry, among other sectors.

The 10 leading publicly listed container shipping lines are on track to earn a record $115 billion to $120 billion in profit in 2021, a windfall that could transform the structure of the industry as those earnings are reinvested, shipping intelligence provider Alphaliner said Dec. 1. "The 10 lines have already generated nearly $80 billion in EBIT in the first nine months of the year, while the recent emergence of the omicron variant could ultimately push these forecasts even higher," Alphaliner said.