The coal industry is faced with a compounding conundrum. How can coal maintain relevancy over renewables in the face of both the pandemic’s acceleration of its years-long decline and the increasing urgency of the energy transition?

The combination of the sudden stop in activity forced by coronavirus containment measures in 2020 and sustainable approaches to rebuild from the economic downturn adopted by countries worldwide in 2021 have not immediately eliminated coal from the global energy mix. After global coal consumption tumbled 7%, or more than 500 million tonnes, between 2018 and 2020, coal use will likely grow by 2.6% this year and ultimately flatten out by 2025, according to the International Energy Agency. In the United States, closures have already plagued critical regions in the country, and the industry’s decline is expected to continue despite the U.S. Energy Information Administration anticipating coal production will expand by 8.6% year-over-year in 2021.

"In the United States, despite the easing in competitive pressures as a result of higher natural gas prices and the expected pickup in coal demand in 2021, coal's prospects do not improve in the medium term," the IEA said in its annual outlook.

While long-term coal dependency may remain prevalent across Asian economies, the next five years will be significant in laying the groundwork for coal’s expiration in the U.S. The pro-coal Trump Administration couldn’t sustain the sector, and President Joe Biden’s ambitious climate policy plans put renewable energy generation at the center of the country’s economic development.

"America's coal fleet is on the road to extinction," Michael Gerrard, director of Columbia University's Sabin Center for Climate Change Law, told S&P Global Market Intelligence. "The plants are old, expensive to maintain, and increasingly unable to compete with natural gas and renewables."

Coal companies are operating in a difficult financing environment further complicated by the COVID-19 crisis as market forces and investor sentiment prioritize protecting the climate and curbing carbon emissions. Overall fossil fuel financing fell by 9% last year, according to a recent report by a group of global environmental advocacy organizations including the Rainforest Action Network, BankTrack, the Indigenous Environmental Network, Oil Change International, Reclaim Finance, and the Sierra Club. An S&P Global Market Intelligence analysis found that the high probability of default that the U.S. coal industry faced in March 2020 has since stabilized, but many U.S. coal companies still presently struggle with substantial obstacles to accessing capital.

"The access to capital hasn't changed for U.S.-based coal companies. It's still very limited and very constrained … It's still difficult to raise capital. It's still difficult to make a profit because we're facing continued thermal [coal] decline. That trend hasn't reversed, and we don't expect it to reverse,” S&P Global Ratings analyst Vania Dimova told S&P Global Market Intelligence. "It's just kind of a slow decline, and the companies are going to have to catch up with their balance sheets to make sure that they can sustain the debt levels and then keep pushing maturities out, or hopefully, improving the balance sheet so they can sustain those burdens.”

Today is Monday, April 19, 2021 and here is today’s essential intelligence. 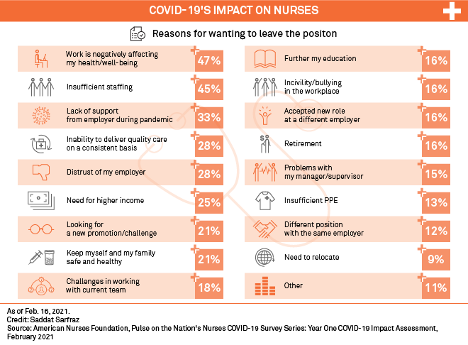 U.S. hospitals are still seeing the effects of a tightened labor market due to the COVID-19 pandemic, even as federal funding and the vaccine rollout could offer some relief for the industry. 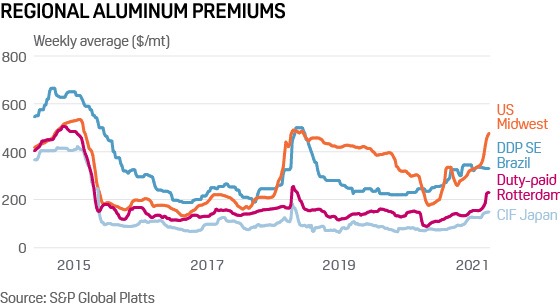 If the old adage about water always finding its lowest point is accurate, global aluminum markets must be dry as a bone. It's no secret that regional aluminum premiums from Asia to Europe to the Americas are all currently at multi-year highs. So, what's driving the elevated aluminum premiums? There's no single answer, and the dynamics are global, rather than limited to one region or another. 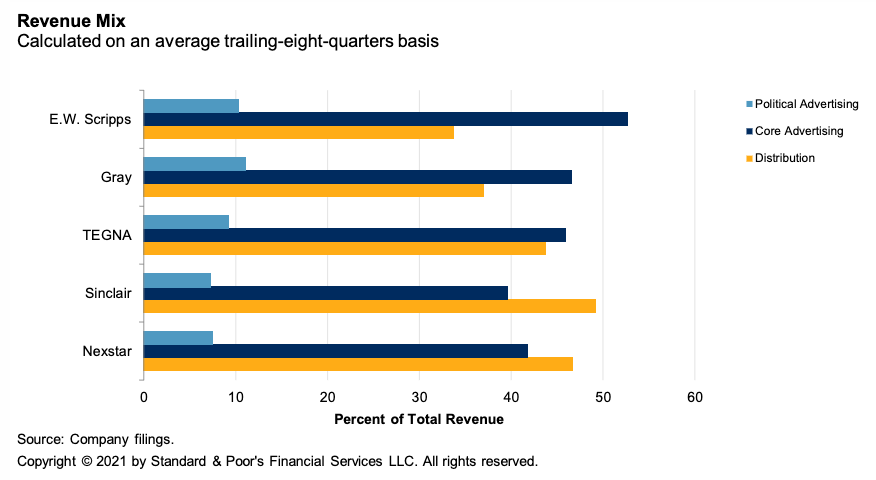 The last year has seen a maturing of the use of Artificial Intelligence and Machine Learning (AI/ML). It’s also been whipsawed by the pandemic. Peter Licursi, product manager for the Natural Language Processing team with Kensho and Nick Patience, a 451 Research founder and research director for the AI Applications and Platforms practice, join host Eric Hanselman to discuss how AI/ML use is changing. There’s more cloud and less need for data scientists, it turns out, for those doing it right.

The Mexican government has recently issued a spate of regulations in the midstream and power sectors that have had broad implications. S&P Platts spoke with Diego Campa of Campa and Mendoza Associates, a law firm in Mexico City, about the most relevant moves, how companies are able to use the courts to halt regulations, and how the recent regulations might fare in the legal system.

The recent trend of major ports taking a rising share of the bunker fuel market at the expense of smaller ports may be set to accelerate amid the increasing diversification in offerings.

Taiwan's Evergreen Weighs Options to Transfer Arrested Ever Given Cargo

Taiwan's Evergreen Marine Corp, operator of the containership arrested by the Suez Canal authorities and whose thousands of containers are stranded on it, is exploring the possibility of transferring the cargo to another ship, while compensation claims are presently disputed and sub judice.

The Federal Energy Regulatory Commission on April 15 announced multiple moves related to the expansion of the power grid, including a new coordination effort with state regulators and a workshop to explore allowing companies to share in consumer savings generated by grid-enhancing technologies.

Acute coil shortages in Europe and the U.S. have resulted in steel prices reaching their highest level since 2008 and attracting export interest from Asian mills -- and the situation seems unlikely to change until steel production picks up from the second half of the year, meaning export opportunities will prevail in Q2.