Accessing the Growth of the “New China” Economy

The spread of coronavirus outside China and the WHO’s escalation of the outbreak to emergency status last week continue to stoke fears over weaker energy demand and disruption to key mineral resource supply chains. In this special edition of Commodity Tracker, S&P Global Platts editors take a look at the impact across a number of energy products and raw materials.

Dated Brent lost approximately 5% of its value during the course of last week (January 24-31), while copper – seen as a barometer of economic health – saw an even larger slide. However, by the end of the week market participants were seeing the metal as oversold, with some looking to take long positions in anticipation of China returning to the market.

2. No blue skies for jet 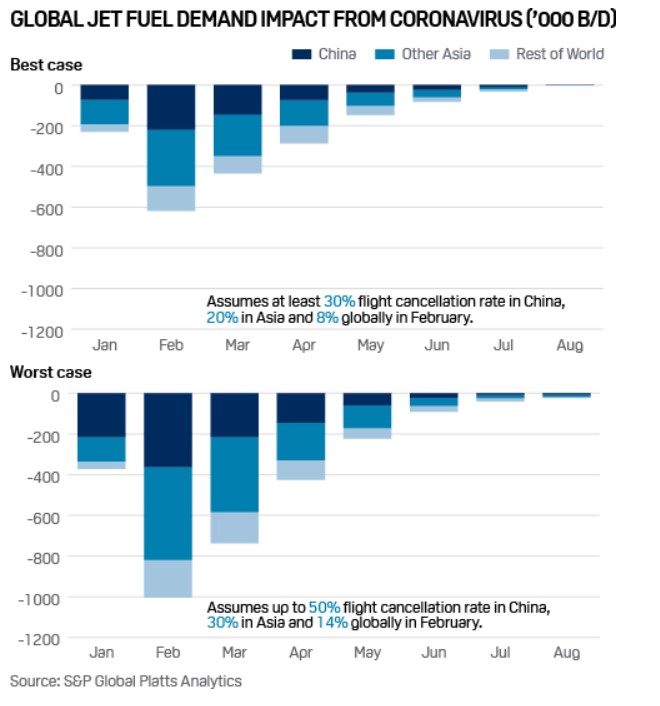 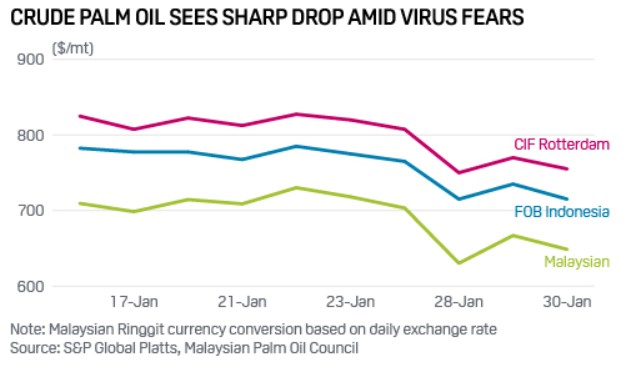 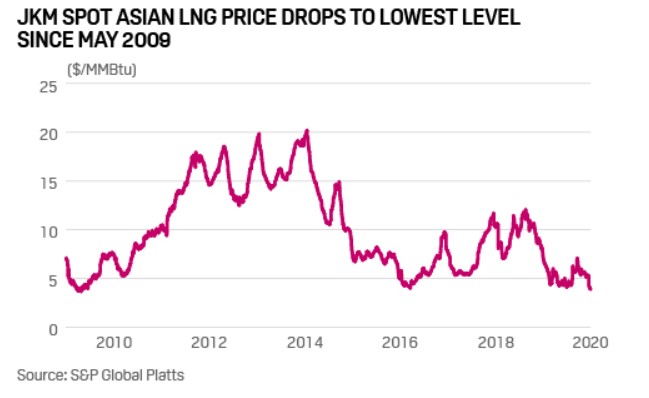 The coronavirus outbreak has compounded an already depressed market for LNG. The JKM Asian spot LNG price has fallen below $4/MMBtu to levels not seen since May 2009 on persistent oversupply and weak demand. China has driven global LNG demand growth in recent years, so any slowdown in import growth in the country could have a significant impact. If reduced industrial activity across Hubei Province extends to end-February, S&P Global Platts Analytics estimates it would reduce Chinese LNG demand in the month by 5%-7% relative to its base case, or 11-15 million cu m/d. 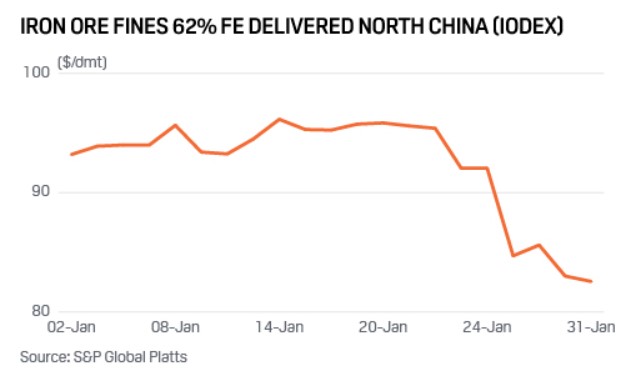 Prices of iron ore 62% Fe fines delivered to north China (IODEX) fell 10.3% over the past week alone (January 24-31) to $81.65/dmt on Friday, after steel market demand prospects deteriorated. Some steel mills in Shandong and Shanxi provinces have reportedly reduced production by up to 20% in February. Transport restrictions to control the spread of coronavirus have made it difficult to obtain raw material supplies or export steel, while many local construction projects have been halted. 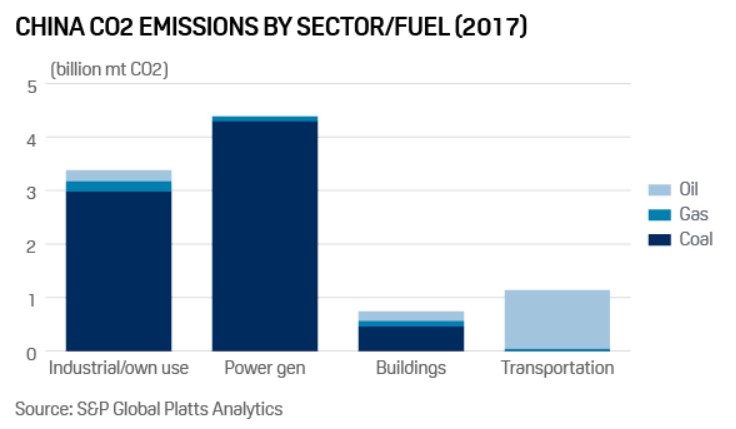 Quantifying the impact of the coronavirus outbreak on China’s carbon emissions is a hugely complicated endeavour. However, the most obvious sector impacted is oil, which dominates China’s transport emissions at 1,094 million mt CO2 in 2017. China’s power sector – which is dominated by coal – generated 4,393 million mt CO2 in 2017, while the industrial sectors emitted 3,380 million mt. A key factor will continue to be the extent of Chinese government curbs on transport and industry. Even a 1% drop in China’s annual CO2 emissions from energy consumption would amount to 96 million mt, , equivalent to France’s annual regulated CO2 emissions.