A Reversal, or Two

The Russian gas industry has long been portrayed by means of predictable and dated clichés.

Mention of Russian bears, gas as the new cold war, or pipelines forming the new Iron Curtain, have littered both journalistic and analytical coverage of Russia’s gas sector for decades.

It is no secret that the divide between the handful of companies making up Russia’s gas industry and the Russian state has always been a very thin one, with gas widely seen as an instrument of Russian foreign policy, as much as diplomacy ever was.

While the economic, political and strategic importance of gas to the Russian state has not and is never likely to diminish, the evolution of Russia’s gas sector is bordering on something of a renaissance.

Similarly, or perhaps consequently, Russia’s pivotal position on the global gas stage has never been more dominant. Russia holds 20% of the world’s gas reserves (more than Asia Pacific, Africa and Europe combined) as well as 17.3% of global gas production, and it supplies nearly 21% of Europe’s pipeline gas imports. 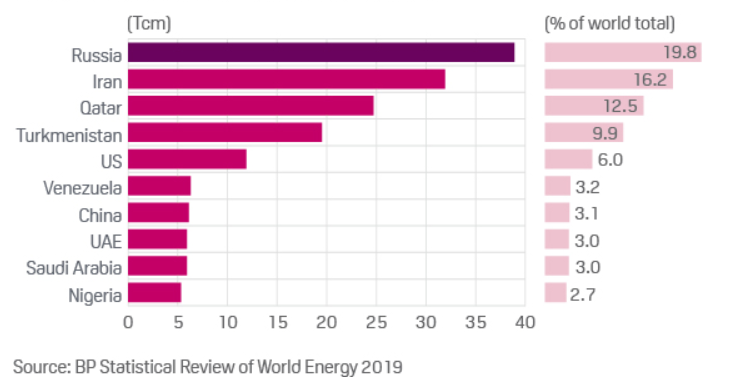 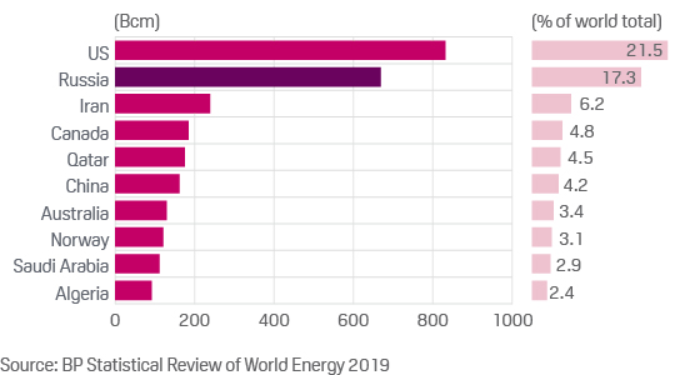 This privileged position of resource endowment gave Russia a strength it has had no hesitation using to further its own political, geopolitical and strategic aims over the years.

From cutting off supplies to Ukraine three times in the depths of winter, to hard-line price renegotiations, the Russian bear has never been shy to growl, wield swords or flex the iron fist in the velvet glove according to the clichéd vocabulary employed in media coverage of its actions.

This power has not diminished, but what is new is that Russia’s gas sector is discernably planning for the future and placing itself on a much more commercially-focused footing, rather than simply opening and closing gas taps in order to make money and exert influence.

The emerging zeitgeist is of a more mature and measured Russia, quietly and confidently asserting its authority to promote both longer and shorter term interests. Three relatively recent developments give a sense of the Russian gas industry’s evolution.

The soon-to-be-completed Power of Siberia pipeline allows Russia to sell Siberian gas to China. The significance of this project does not lie in its $55 billion price tag, which makes it Russia’s most ambitious infrastructure project to date. Nor is it due to the technical prowess required to build the 3,000 km pipe through climatically hostile territory.

Rather, it is geopolitically important, as it will open up a route to China, the world’s largest energy importer. By positioning itself between the European markets to the west, and the rapidly growing gas hungry Chinese markets to the east, Russia is not only creating new income streams, but hedging its bets and bolstering its position strategically. While there is more than enough gas to meet the needs of both its eastern and western customers, the ability to play one off against the other will not have been lost on either Gazprom or the Kremlin.

The deal with China is very much a marriage of convenience – Russia has the gas that China wants, with Russia willingly accepting all the associated geopolitical advantages and the increase in its status.

Russia’s has other pipeline development projects due for completion by the end of 2020, such as TurkStream, taking gas to Turkey, and Nord Stream 2, which will double Russian gas volumes to Germany. All have similarly beneficial impacts to Russia, and serve to consolidate its growing position. These are projects with economic and strategic advantages that stretch decades into the future, and carry more weight and influence than any threat of winter supply disruptions or price renegotiations. 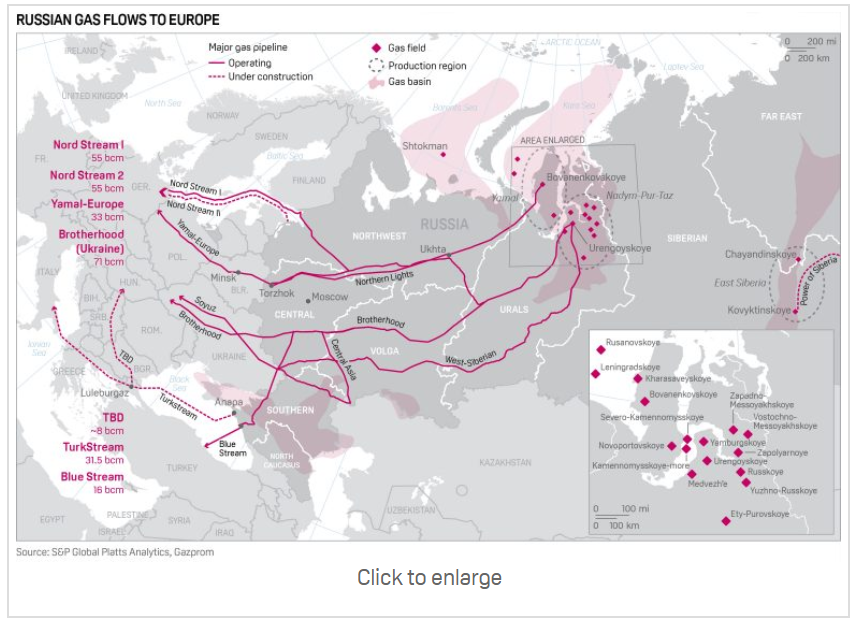 However, it is not just infrastructure projects opening up new markets that herald the changing face of the Russian gas industry. The launch by Gazprom of the Electronic Sales Platform in September 2018 marked a drastic change of approach, and an attempt by Russia to be more customer friendly and to evolve to meet the changing demands of the market.

The ESP moves Russia away from the decades-old sales model based on long-term oil-indexed volumes. It has brought an unprecedented level of supply flexibility to European offtakers who are increasingly turning their attention to another flexible supply source – the LNG wave currently hitting Europe.

Russia’s attempts to diversify the markets it operates in, and to expand away from its core European markets are another sign of a maturing gas industry.

Investments in petrochemicals, LNG and gas storage all signify the realisation within Russia that sitting on a big pile of gas, and occasional mid-winter sabre rattling, no longer constitute a sound commercial strategy to ensure long-term survival.

The image of an unreactive monolith moving at a glacial pace, and any number of other stereotypes from what is now a bygone era, are no longer fit for purpose. The newly emerging, ambitious and commercially savvy Russian gas industry is no less ruthless or determined than it was before, but is now showing itself to be wiser and more mature.

The time has come for the cliché writers to sharpen their pencils, and find some new ways to characterise this kingpin of the global gas sector.