Power Forecast Analysis: What Lies Ahead For U.S. Power Generation In 2019


Power Forecast Analysis: What Lies Ahead For U.S. Power Generation In 2019

With reserve margins at record-low levels going into this summer, Market Intelligence projects ERCOT will need nearly 10,000 MW of new capacity by 2023

NYISO Zone G forward sparks surged 67% to over $17 per MWh, while Mid-Columbia expanded by 23% to $21 per MWh on higher forward natural gas. Other forward market sparks declined, benching lower on lower first quarter electricity demand. ERCOT-Houston Zone led decliners, down 26% to just under $20 per MWh. 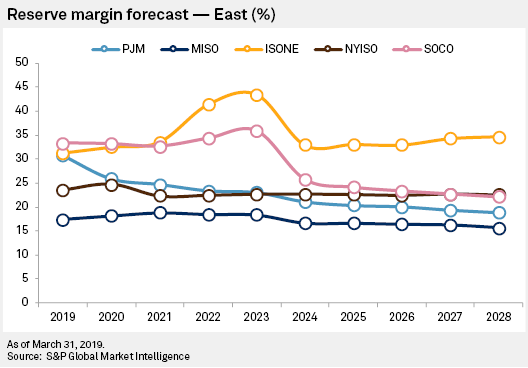 Natural gas storage balances held steady January-March, allowing supply to catch up to the winter weather that closed out 2018. This drove a moderation of natural gas prices, although regional volatility occurred in the Northwest and Midwest U.S.

With reserve margins at record-low levels going into this summer, Market Intelligence projects ERCOT will need nearly 10,000 MW of new capacity by 2023, likely including a mix of new gas plants, gas plants returning to service, and solar photovoltaic plants. Other areas where shortfalls may develop include the Midwest (MISO) and the Southwest. 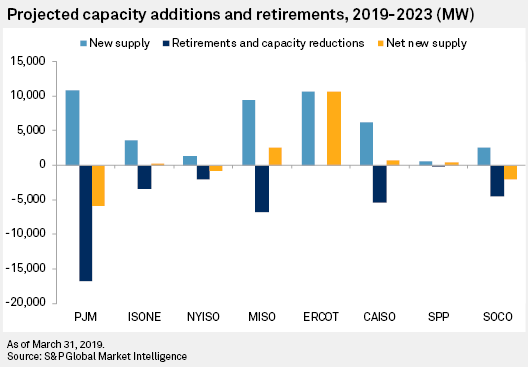