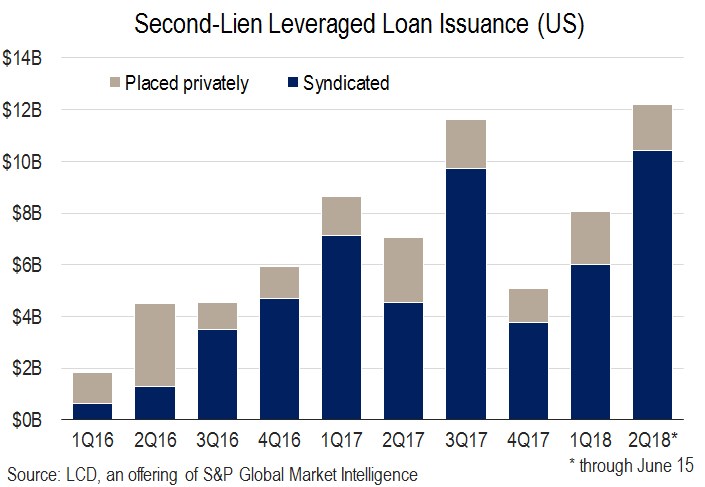 Second-lien activity in the U.S. leveraged loan market surged for the second straight quarter, behind the of wave of M&A transactions in 2018.

Issuance of second-lien debt increased to $12.2 billion over the past three months, the most since the second quarter of 2014, according to LCD.

Consequently, these credits technically are riskier, and will have a significantly higher interest rate for the borrower. They are one indication of a hot leveraged loan market. To be sure, this described the U.S. syndications market in 2018’s first half (most of it, anyway), as investor cash continues to flow into the asset class, looking to take advantage of expected rate hikes by the Fed and relatively hefty returns.

That said, Vertafore, a software firm backed by Bain Capital and Vista Equity, issued a $655 million tranche as part of a recapitalization that, at the time, was the second-largest second-lien ever to back a dividend. It was eclipsed by Asurion, which is held by a consortium of PE shops, with a $1.5 billion second-lien add-on launched in late June. – Staff reports