AT&T To Use Wireless Subs To Create Buzz For HBO


AT&T To Use Wireless Subs To Create Buzz For HBO

AT&T Inc. executives unveiled details of their upcoming HBO Max subscription video-on-demand platform at WarnerMedia Day 2019, in Burbank, Calif., on Oct. 29. The service is debuting May 2020 at a retail price point of $14.99 per month with an ad-supported service coming later at a lower price-point. The app will be preloaded on Alphabet Inc.'s Android phones.

The company is investing heavily in the service by locking in key talent deals with J.J. Abrams, Greg Berlanti, Ridley Scott and more as well as spending billions of dollars on original content, such as a "Game of Thrones" prequel.

These efforts are in addition to the massive library the company owns that includes popular movie series "The Hobbit," "The Lord of the Rings," "The Matrix" and "The Conjuring" as well as all DC Movies released over the last 10 years. The service is also working on a number of podcasts that can be listened to on the phone. 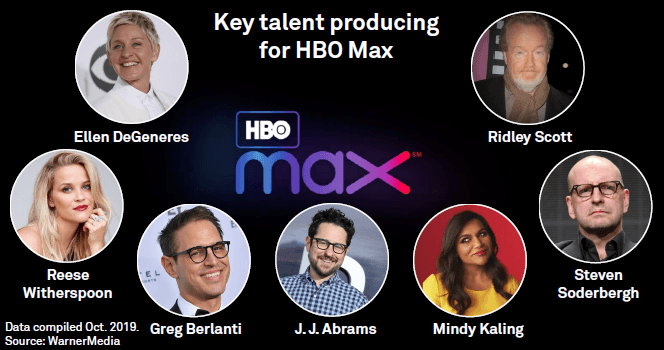 "House of the Dragon," the prequel to "Game of Thrones," is set 300 years before the original series and is just one of many multimillion-dollar productions the company hopes will boost its combined HBO/HBO Max base from 34 million currently to 50 million by 2025 domestically, a 6.6% CAGR. To accomplish this, management laid out a business plan that includes a $4 billion investment, not including Latin America and Europe. 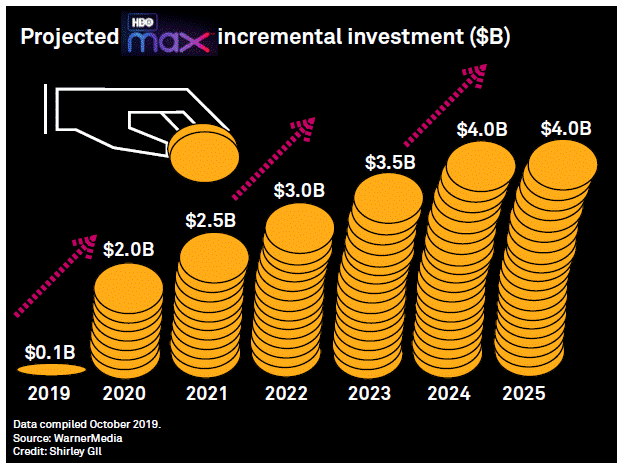 AT&T is introducing three wireless plans — Unlimited Starter, Unlimited Extra and Unlimited Elite — with the latter including HBO and access to HBO Max at launch. In addition, the company plans to jump-start subscriber growth by upgrading customers from HBO to HBO Max for free for 10 million customers in its TV, wireless and broadband subscriber base, as well as HBO NOW subs serviced directly by WarnerMedia. John Stankey, president and COO of AT&T, said this would create immediate word-of-mouth marketing, momentum and buzz.

As our mobile programming database shows, freebies like HBO included with wireless bundles are much less prevalent in the U.S. than in other countries.

Stankey said it would have an immediate impact on stickiness that will result in a reduction in churn. He also noted that a reduction of one basis point in wireless churn would result in an additional $100 million in revenue. Already, 40% of HBO viewing is digital, so it is not a stretch to believe wireless subs can be responsible for heavy HBO Max usage.