Europe and the G-7’s pledge to sanction imports of Russian oil is raising questions over how a future global economy may operate.

The European Union on May 4 proposed a ban on Russian oil imports in its sixth round of sanctions—followed by a similar pledge to secure alternative supplies from Canada, France, Germany, Italy, Japan, the U.K., and the U.S. on May 8. Leaders from all of the countries acknowledged that ridding their economies of Russian oil would be difficult, but deemed such action necessary. While Canada, the U.S., and the U.K. had previously committed to prohibiting Russian oil imports, the decision had remained divisive among EU members, which had committed to curbing its reliance on Russian energy by 2027.

Against this uncertain backdrop and amid ongoing volatility and energy insecurity, market participants are seeking answers on how sanctions could squeeze Russia's oil revenue without threatening a supply shock, according to S&P Global Commodity Insights.

"Let us be clear: It will not be easy,” European Commission President Ursula von der Leyen said announcing the sanctions. "We will make sure that we phase out Russian oil in an orderly fashion, in a way that allows us and our partners to secure alternative supply routes and minimizes the impact on global markets … Because to help Ukraine, our own economy has to remain strong."

“We commit to phase out our dependency on Russian energy, including by phasing out or banning the import of Russian oil … in a timely and orderly fashion, and in ways that provide time for the world to secure alternative supplies,” the G-7 alliance said in a statement. “We will work together and with our partners to ensure stable and sustainable global energy supplies and affordable prices for consumers, including by accelerating reduction of our overall reliance on fossil fuels and our transition to clean energy in accordance with our climate objectives.”

Prior to the onset of the war, the EU depended on Russia for nearly one-third of its oil supply. But the conflict and its economic consequences have since displaced more than 2 million barrels per day from Russia, according to S&P Global Commodity Insights. The EU’s oil sanctions are likely to reshape global energy flows as well as increase energy price pressures across the region.

Sanctions on Russia have thus far reduced the country’s crude supply by a small estimated total of 1 million barrels per day, according to the energy and commodities trader Vitol Asia. S&P Global Commodity Insights estimates that Russia’s crude production sank to an 11-year low in April. But while sanctions have stopped the country from increasing its output, sanctions haven’t stopped Russian oil sales entirely. Certain buyers have bought Russian crude oil at significant discounts.

And risks to the enforcement of a comprehensive and unified ban on Russian oil remain.

Once a refinery processes Russian crude, "we do not have systems in the world to trace back whether that particular molecule [from oil products that’s blended into global supplies of diesel, jet, and other fuels] originated from a geological formation in Russia," Shell CEO Ben van Beurden said during the oil giant’s May 5 quarterly earnings call, according to S&P Global Commodity Insights. “That doesn't exist.”

Today is Tuesday, May 10, 2022, and here is today’s essential intelligence.

U.S. nonfarm payrolls felt like a spring breeze, with a stronger-than-expected 428,000 job gains in April. The prior two months were revised down by a net 39,000, according to the Bureau of Labor Statistics' April jobs report, bringing total job gains closer to consensus estimates of 400,000. 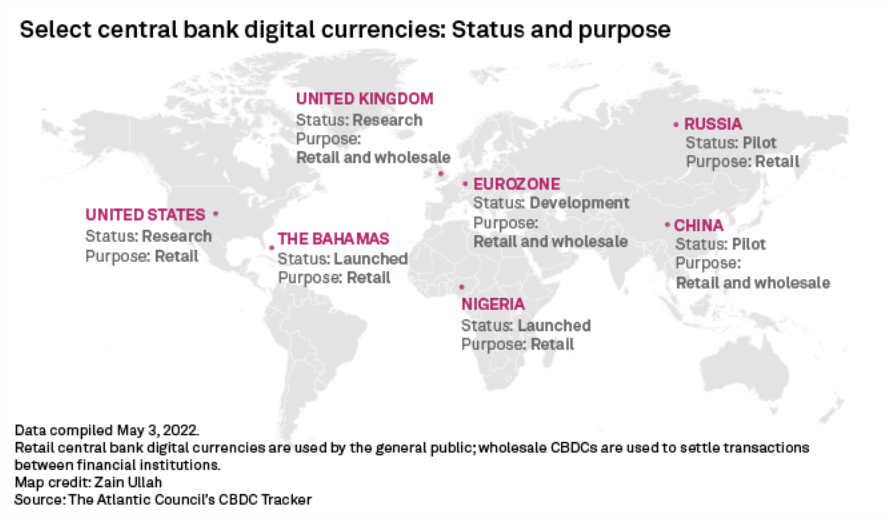 Sanctions against Russia are highlighting how Western governments have fallen behind in developing digital money and how this delay could weaken future blacklists. The U.S., U.K., and eurozone are only studying or investigating central bank digital currencies, or CBDCs, while nations including China and Russia have started pilot programs. This lag could leave Western nations on the outside as a new global payment system emerges, making it harder for them to shape standards and regulations including sanctions enforcement. 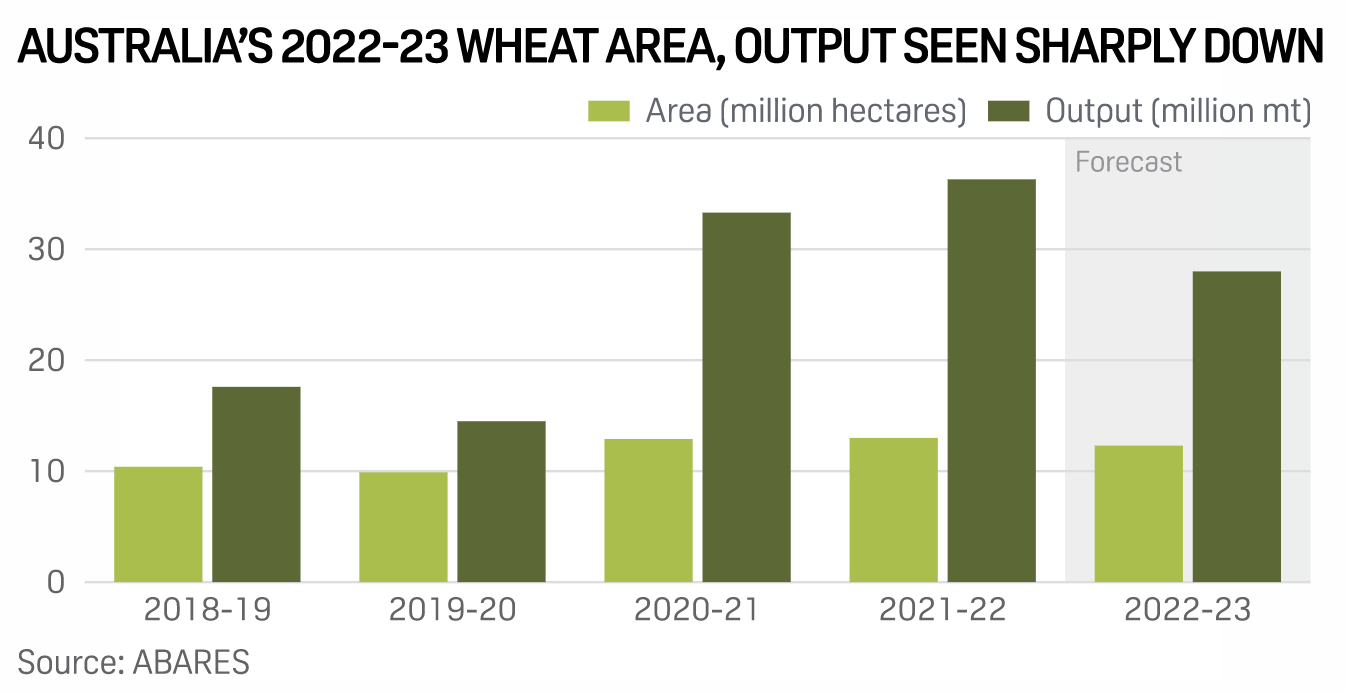 Wheat acreage in Australia, the sixth largest producer globally, is likely to shrink in the upcoming marketing year 2022-23 (October-September) due to rising input costs, analysts told S&P Global Commodity Insights. A likely drop in the wheat acreage may also lead to a decline in output and exports. A tight supply from Australia is significant as global wheat prices have risen sharply. Australia is a key wheat supplier to importers like China and Indonesia. 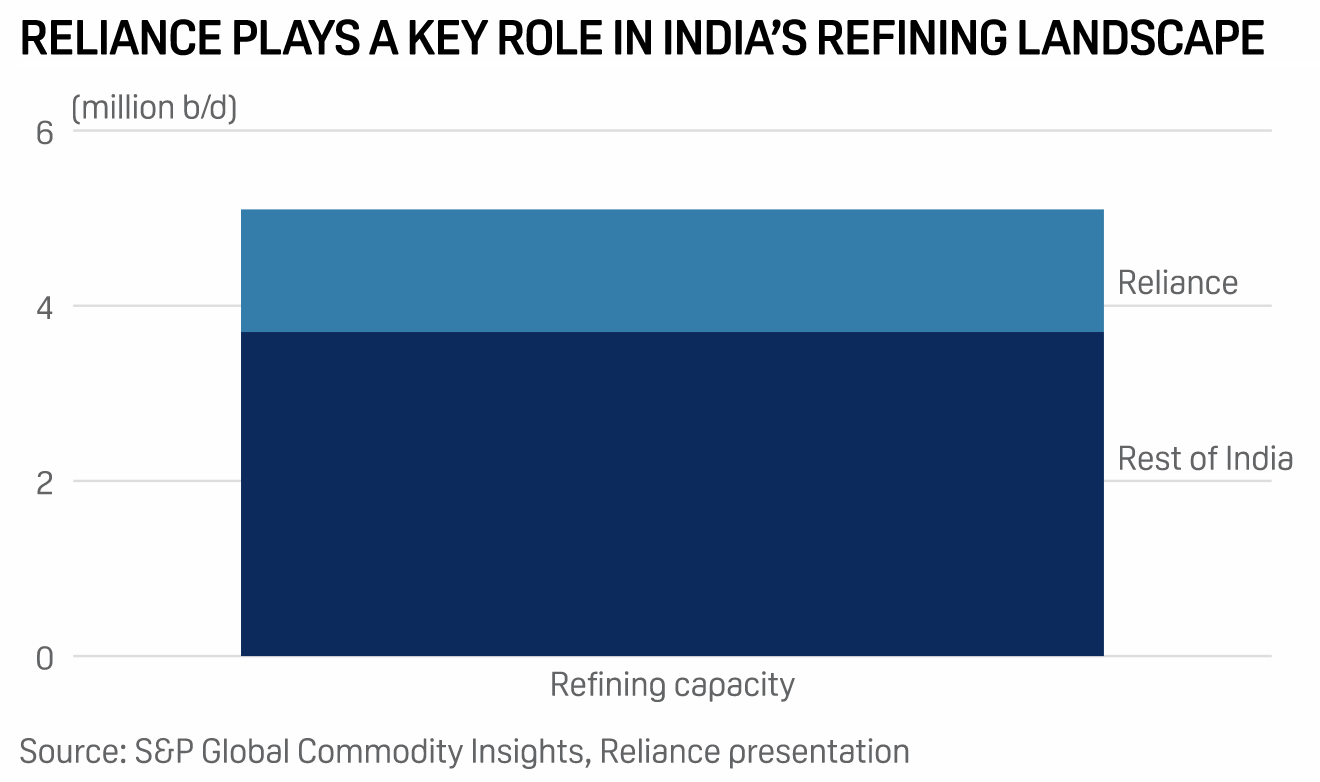 India's Reliance Industries posted robust growth in oil product sales and refinery utilization rates in the January-March quarter as the opening up of economies helped boost demand recovery, the company said May 6, adding that its energy transition plans were progressing well on the back of a series of joint ventures. While the improvement in transportation fuel margins and volumes has bolstered the earnings of its oil-to-chemicals, or O2C, division, the company said it was on track to achieve its ambitious target to become a net-zero company by 2035. 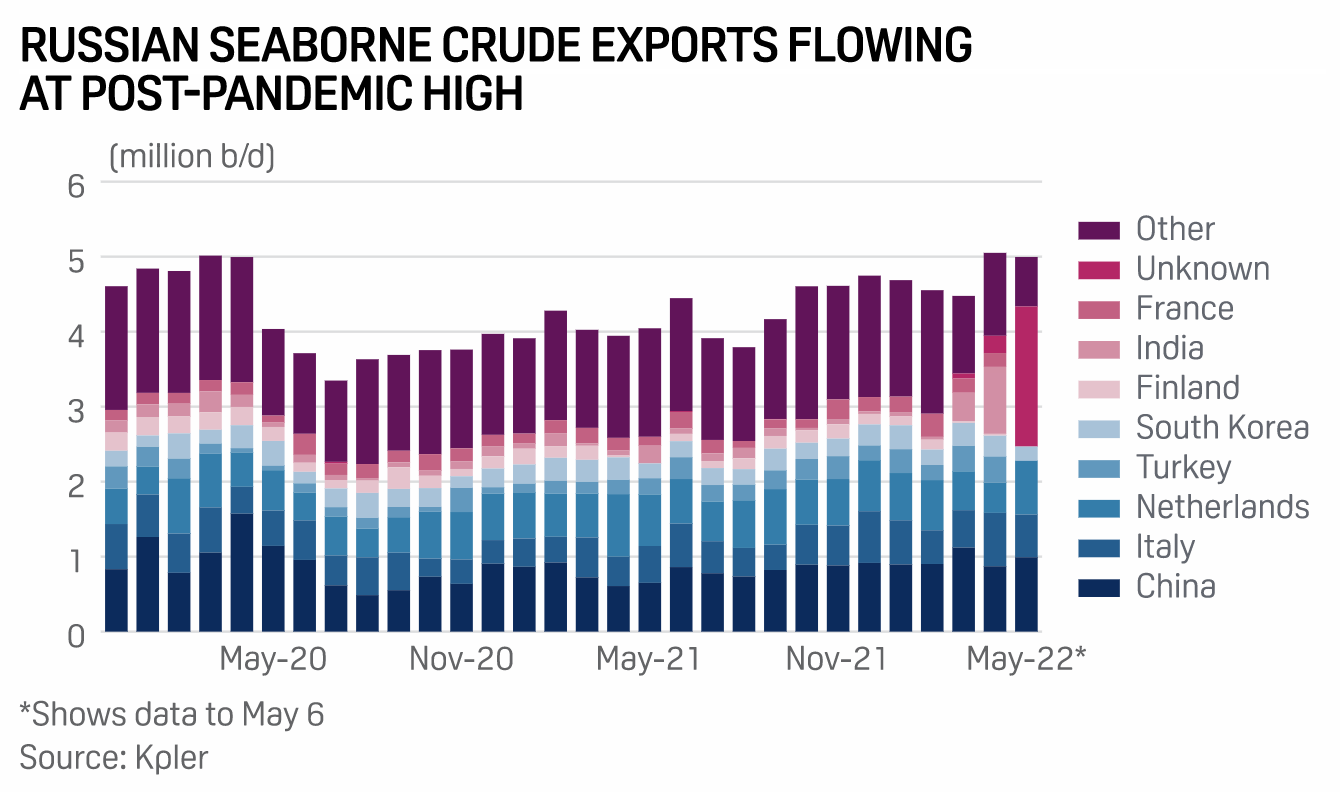 Russia's seaborne exports of crude oil continue to flow into world markets at post-pandemic highs as price discounts lure buyers despite the fear of wider sanctions aimed at crimping the Kremlin's cash cow, according to analysis of tanker traffic. Shipped crude exports from Russian ports averaged 5 million b/d from May 1-May 6, little changed from the 5.03 million b/d average during April when its seaborne exports hit a post-pandemic high, according to shipping analytics provider Kpler. 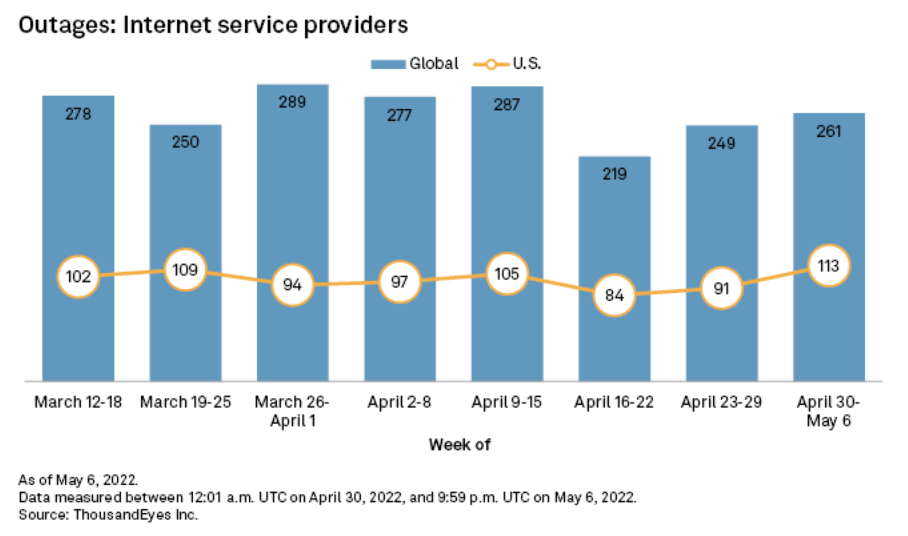 The number of U.S. internet outages increased 24% to 113 in the week of April 30 to May 6, accounting for a greater share of the global total, according to data from ThousandEyes, a network-monitoring service owned by Cisco Systems Inc. The U.S. comprised 43% of all global outages during the week, compared to 37% the prior week. Global outages overall increased 5% to 261. ThousandEyes detected two notable outages during the previous week, both of which impacted U.S. internet customers.