Global banks face an array of risks and opportunities from near-term variables rising from worsening macroeconomic and credit conditions and long-term considerations including geopolitical shifts and climate change.

A range of risks are complicating the outlook for the global economy, and for the lenders that operate within it. The shock of the Russia-Ukraine war and sanctions have sent inflation roaring, putting additional pressure on major central banks that are unwinding existing monetary policy with a series of interest rate hikes. As global growth looks likely to sputter in the near-term, the physical risks of climate change—and banks’ exposures to them—could fuel future stresses.

While banks operating in Russia and Ukraine have endured consecutive months of deep losses and elevated loan loss provisions, other banks in Europe and worldwide have had limited direct exposure to its financial consequences because foreign banks' exposure in monetary terms and as a proportion of total assets to Russia had already substantially fallen following the 2014 sanctions for Russia's annexation of Crimea, according to S&P Global Market Intelligence and S&P Global Ratings. Other banking systems have also been able to withstand geopolitical disruption. S&P Global Ratings research found that in the Gulf Cooperation Council, banks have shown resilience over three decades of political shocks within the region. But elsewhere, the international community’s sanctions on Russia have prompted investors to question whether the U.S. could ever bring similar measures against Chinese banks, which would bring forth high-impact risks, according to S&P Global Ratings. And external geopolitical pressure alongside internal political uncertainty are continuing to strain Brazil's banking industry.

And over the long-term, global banks’ consideration of climate risks will likely expand and be given similar weight as macroeconomic and credit risks.

“In terms of financial stability, the soundness of the financial system may be affected by climate change, when balance sheet holdings are concentrated in areas affected by the increase in damaging weather events (such as storms, floods, wildfire and droughts) or chronic physical risk (e.g. sea level rise and changing temperature patterns),” S&P Global Ratings said in recent economic research.  At the same time, if transition is stepped up, banks’ balance sheets could be affected by “stranded assets”, i.e. ‘brown’ assets such as fossil fuels that will no longer be used as the economy shifts to greener production processes could see a sharp drop in value. More generally, climate related shocks are also likely to affect growth and inflation dynamics, and thus the conduct of monetary policy.”

Today is Wednesday, June 22, 2022, and here is today’s essential intelligence.

Economic Research: Emerging Markets: Where Is The Slack At The Sector Level? 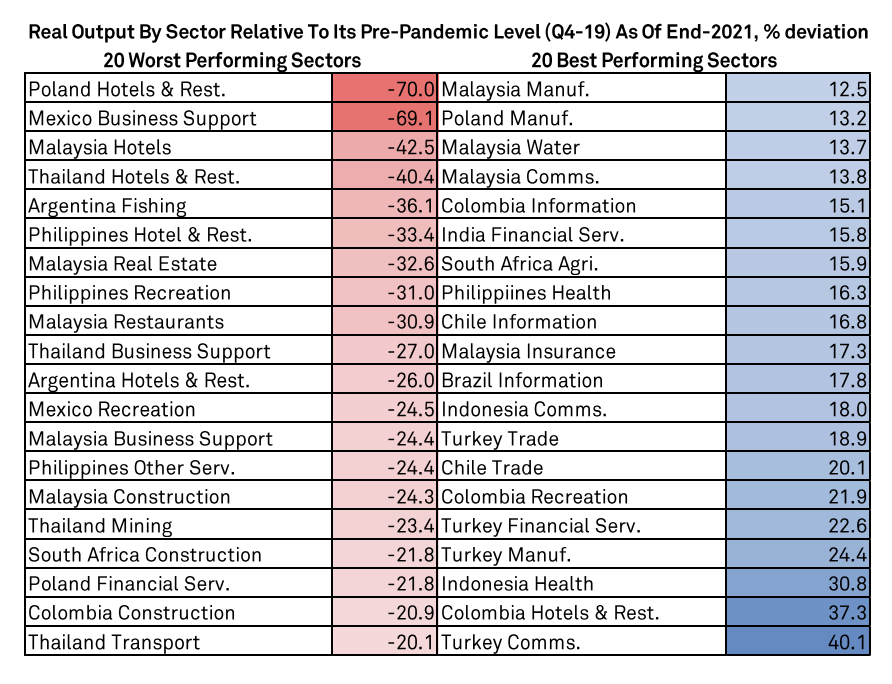 Emerging Markets are facing a challenging period as they navigate through tighter monetary policy in the U.S., the repercussions of the Russia-Ukraine conflict, and the impact of COVID-19-related lockdowns in China. Those dynamics threaten to set back the economic recovery from the pandemic downturn, which in most EMs is far from complete as those new challenges emerge. 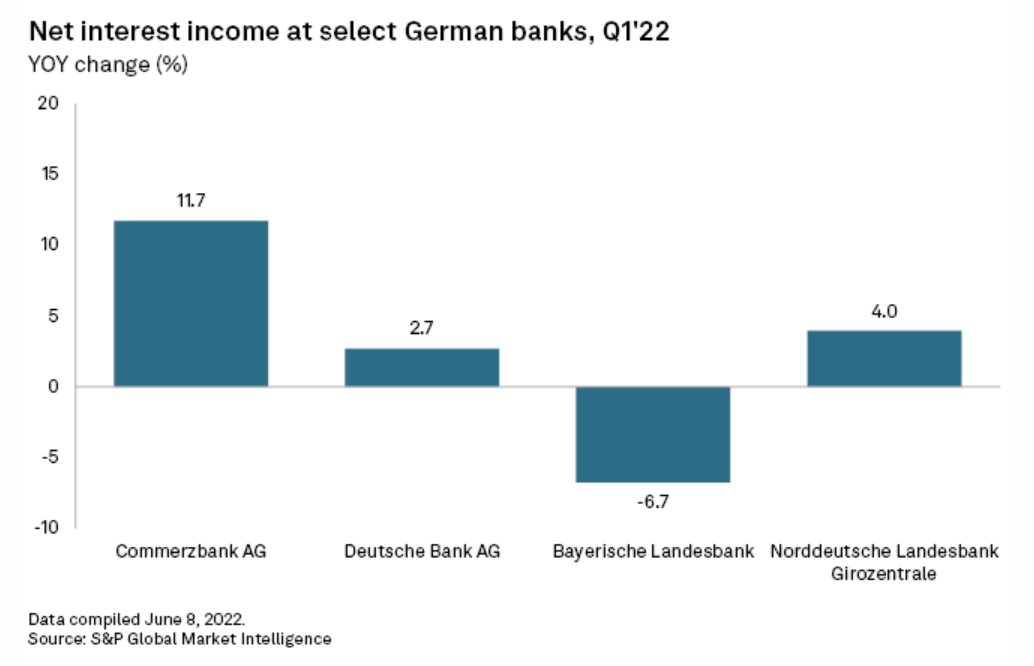 Some of Germany's largest banks expect this year's anticipated ECB interest rate hikes to boost revenues and income, alleviating the negative effects of the Ukraine war and the global economic slowdown. The ECB said it would end its long-standing negative rate policy in July and is expected to gradually increase its key deposit rate to zero by the end of 2022. The deposit rate moved into negative territory in June 2014 and has been at negative 0.5% since September 2019.

Fuel For Thought: Market Must Count All Costs In Russian Oil Flow Upheaval 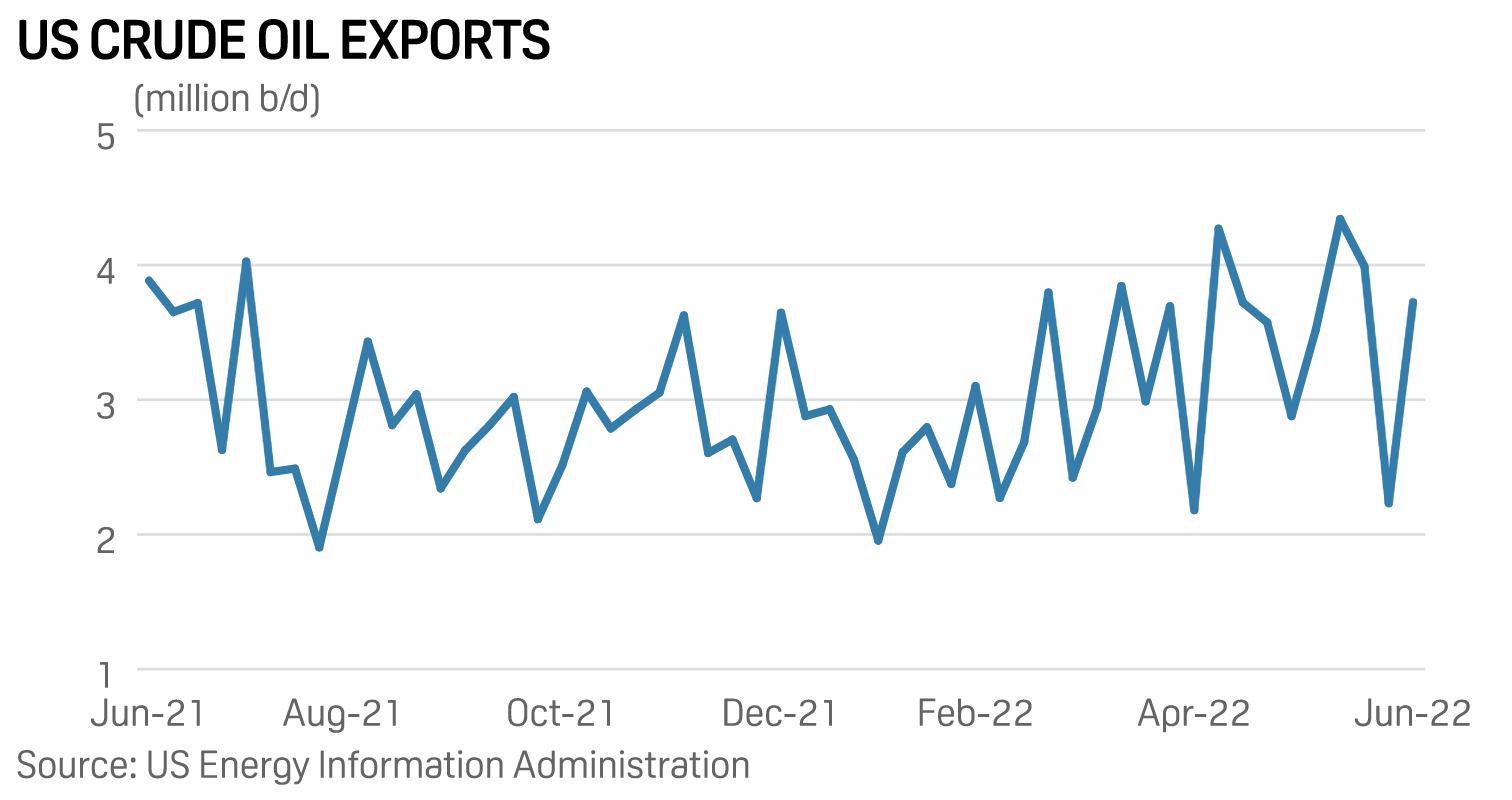 The West's boycott of Russian barrels will be the oil market's ultimate test. While it has an impressive record of adapting to unthinkable shifts in trade patterns, from self-imposed embargoes on U.S. exports to sanctions on Iranian and Venezuelan crude, the stakes, and costs, have never been higher. The market is already doing what it does best in bringing new buyers and sellers together and boosting existing relationships, but at a magnitude rarely seen before.

Japan will likely offer higher returns and greater disclosure of the use of funds to draw investors to its planned sovereign "green transition" bonds as it accelerates carbon-neutrality efforts. Investors will need higher returns to compensate for the poor secondary liquidity of transition bonds due to low issuances. Global issuance of green transition bonds totaled $4.4 billion in 2021, up 33% year over year, although it was less than 1% of the $522.7 billion green bonds issued in the same year, according to Climate Bonds Initiative. 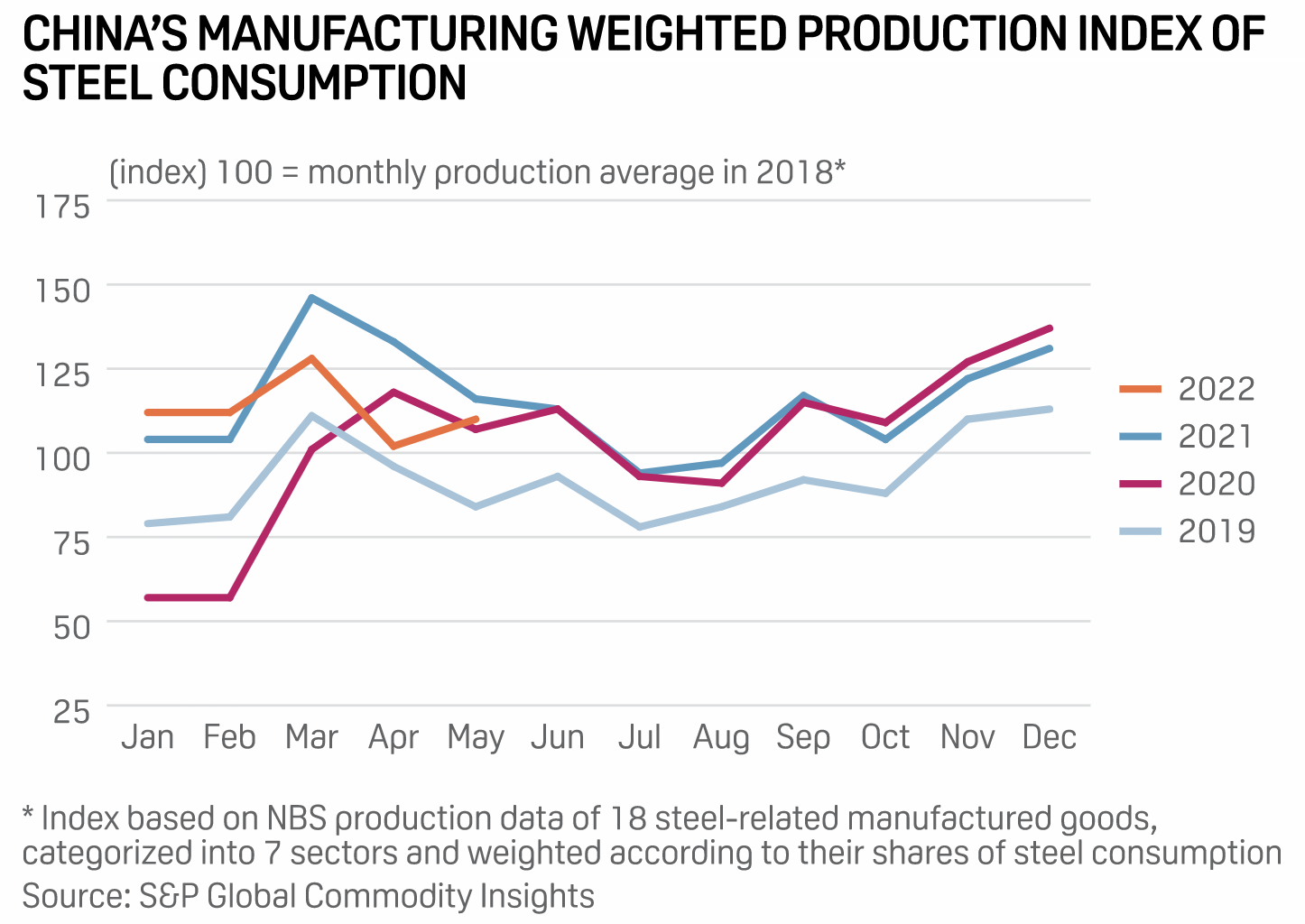 China's manufacturing production index for steel consumption produced by S&P Global Commodity Insights stood at 110 points in May, 9 points higher than in April but still down 5 points from the same period of 2021. Despite further improvement seen in China's manufacturing activity in June as it contained a pandemic resurgence, the strength of the recovery has remained sluggish, leading to the recent sharp drop in steel prices, industry sources said.

Listen: Next In Tech | Episode 70: Robots On The March

While society has come a way from Robby the Robot being its image of robots, there’s more useful nuance. Senior research analyst Ian Hughes returns to discuss a model of nine levels of autonomy with host Eric Hanselman and effects on applications of robotic technology. Self-driving vehicles are just a start and many of the enabling technologies are in early stages, but digital twins play a key role in training the models that are driving robots and link them to digital realms and metaverses.