The U.S. government has widened sanctions against the government of Venezuela to include all transactions with government entities, CNN reports. That’s likely to end almost all trade with the country given the prevalence of state-owned entities and may have a knock-on effect to other countries that may be unwilling to fall afoul of the indirect impact of sanctions on their U.S. subsidiaries.

Panjiva data shows U.S. bilateral trade with Venezuela (exports plus imports) fell 85.5% year over year in 2Q after the end of oil imports in February – as outlined in Panjiva’s research of July 31 – cut imports by 87.2%.

MOST U.S.-VENEZUELA TRADE ALREADY CHOKED OFF 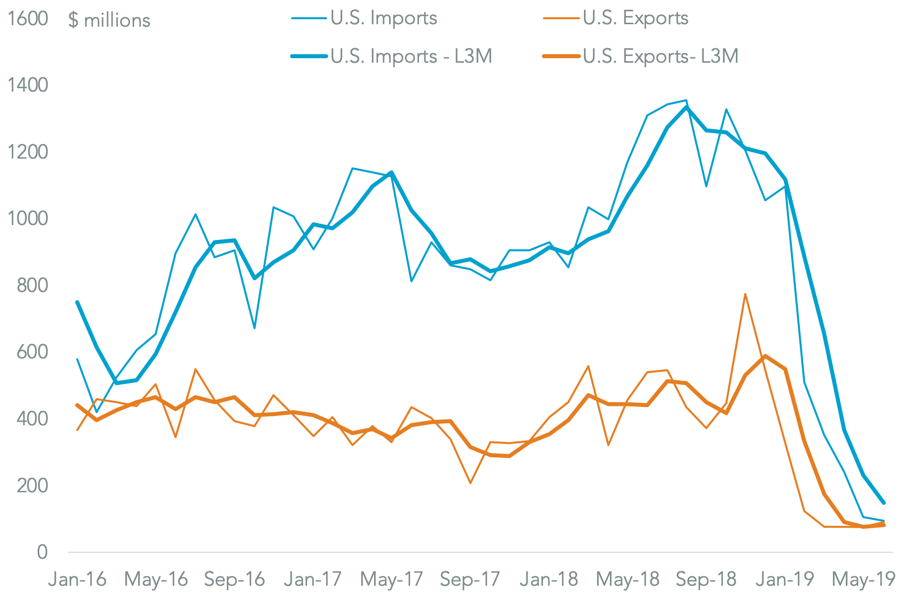 Chart compares U.S. exports to and imports from Venezuela on a monthly and three-month average basis. Source: Panjiva

An end to exports from the U.S. to Venezuela will likely prevent the ability of PdVSA to rebuild its oil production capabilities – it accounted for $177 million or 21.1% of Venezuelan imports from the U.S. in the 12 months to March 31, focused on power generation and drilling equipment.

Chart segments Venezuelan imports from the U.S. by consignee and product (HS-4) in the 12 months to Mar. 31, 2019, denominated in U.S. dollars. Source: Panjiva

The risk that other countries may want to avoid trade with Venezuela could have a negative impact on imports of food and medicines, with an associated knock-on effect to the population at large.

Yet, those have already fallen to minimal levels as of March – there was a 71.4% drop in imports of food in 1Q 2019 compared to a year earlier to just $1.78 million in March, led by shipments from Mexico and Brazil. Meanwhile imports of medicines and other healthcare products fell 98.7% to just $40,000 in March with shipments led by supplies from Colombia. 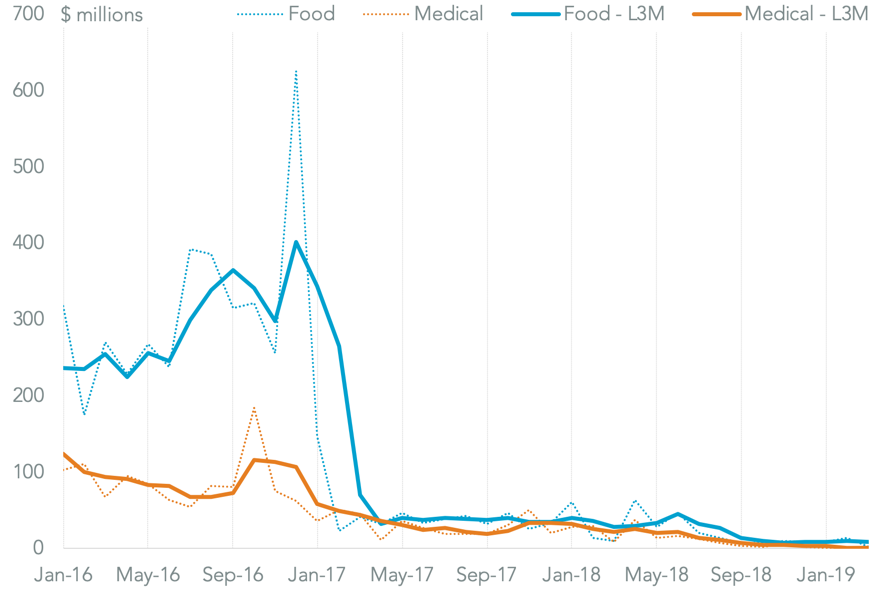